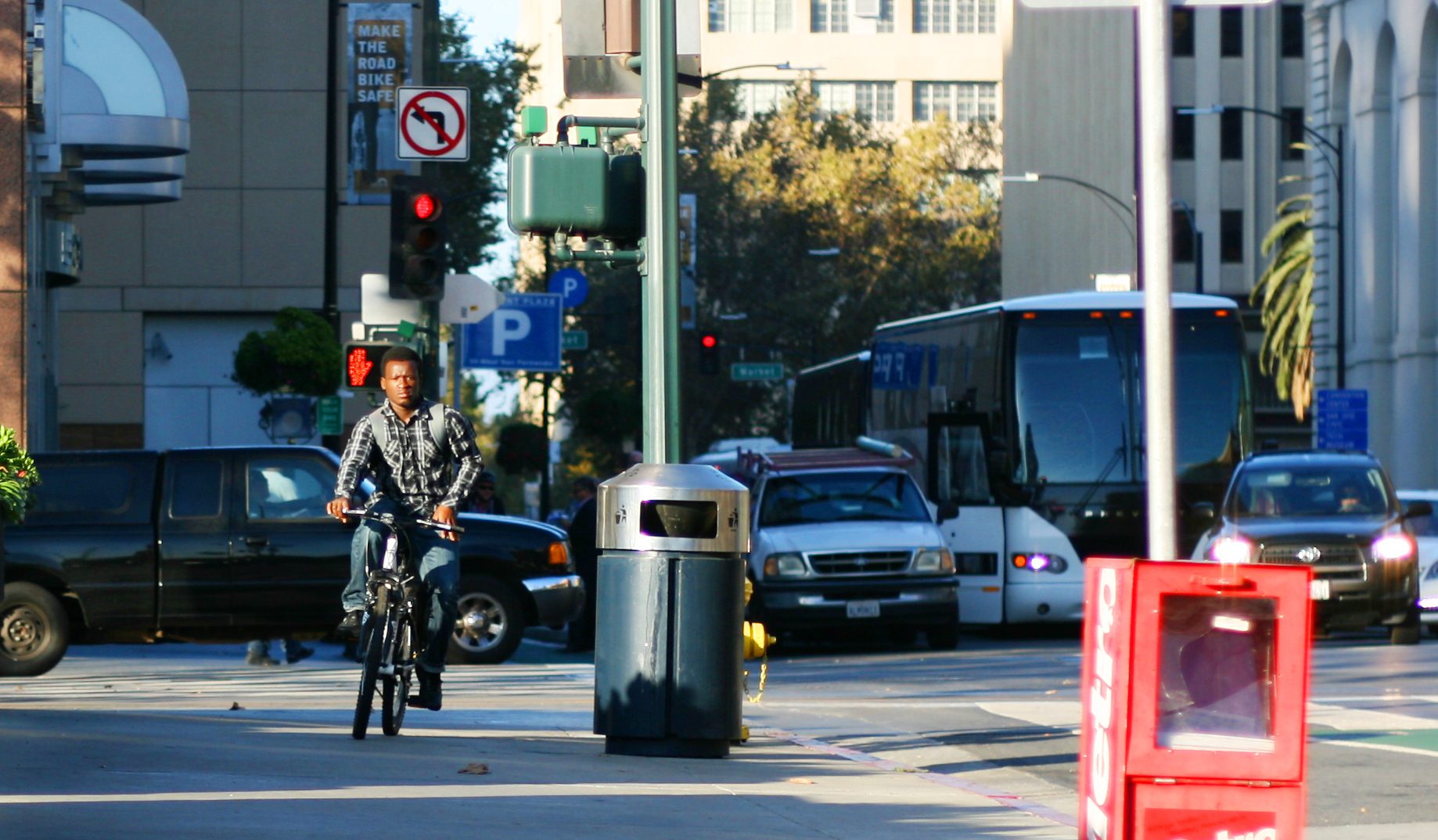 Cyclists and advocates in Saskatoon are calling on the city’s government to make changes to existing bylaws, the CBC reported, that would allow riders to take to the sidewalks on busy streets, as well as under other “special circumstances.” The appeal comes as one of nine recommendations made by Saskatoon Cycles, whose overall goal is to clarify city bylaws with respect to cycling—bylaws that were last updated in 2011.

As it stands now, parts of those bylaws, the advocacy group says, are “potentially dangerous, outdated and confusing.”

In Saskatoon, sidewalk riding is expressly forbidden by the city’s legal framework—”every person operating a bicycle shall utilize only that portion of the street as is intended for the passage of motor vehicles,” bylaws read. To advocates with Saskatoon Cycles, those restrictions amount to a “blanket ban” that fails to take into account road conditions, traffic density., and other considerations. Recognizing that sidewalk riding would be inappropriate in areas with heavier foot traffic, there are cases, advocates say, where exceptions should be made.

“Is it inappropriate for a young child biking to school to not be able to bike on the sidewalks in the suburbs along, say, a busy arterial road where there isn’t a lot of foot traffic but there is a lot of heavy car traffic?” asked Lee Smith, a member of the Saskatoon Cycles board of directors. “Are you expecting a young kid to bike to school in traffic along the road? No. I think the sidewalk is the most appropriate place for them.”

The language of existing bylaws, Smith and other advocates argue, lumps all cyclists together, regardless of age, experience or the roads on which they ride. That, he says, presents a danger to riders, particularly in areas where roads may not be in good shape—a problem affecting many bike lanes in the city.

The organization other recommendations for city council also include a one-metre law, such as those in Ontario and New Brunswick, no longer making bike bells mandatory and not forcing cyclists to use bike lanes, especially in places of poor road maintenance. The recommendations come out of a joint study between Saskatoon Cycles and the University of Saskatchewan, the CBC reported.

Referring to the need for a one-metre passing law in Saskatoon, Smith noted the role such a law would play in getting more cyclists on the road.

“When you get passed by a vehicle that’s within one metre, it’s really quite unnerving and it feels very dangerous,” Smith said. “It doesn’t make it so that cycling is an attractive option for families or for novice cyclists or people who are interested in trying cycling but are too scared because cars pass too close to them.”