Car drivers have quite a few of their own roads, so it’s a quite strange to see them in well-marked, dedicated bike tracks. Over the past two years cities across Canada have created kilometers and kilometers of bike lanes, paths and dedicated bike tracks. With more and more people using their bike as transport, or discovering the joy of cycling, there has been a massive increase in dedicated infrastructure.

There are various forms of ways for cyclists to ride in a city. The first, and least favourite is a road simply marked with painted “sharrows,” which are arrows on the road to let car drivers know that there are cyclists using the road and be aware, and give space. 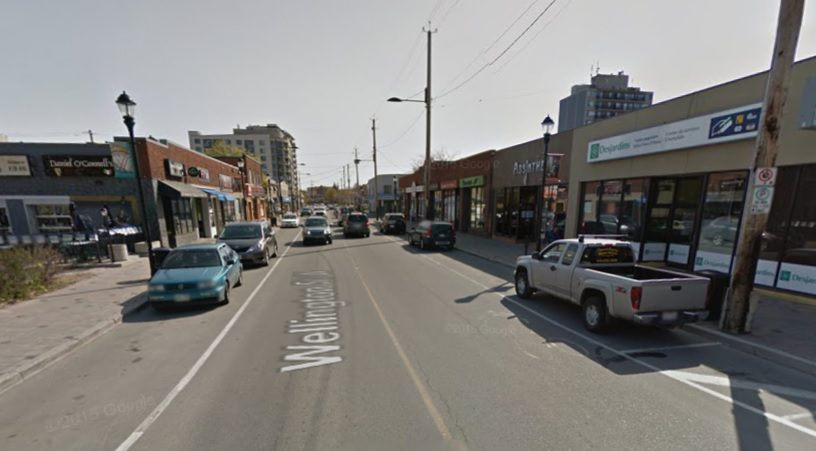 Many argue that sharrows don’t accomplish much, as drivers simply ignore them.

The bike lanes that you see on a roadway are slightly better, with paint giving car drivers a border that they should not cross. However, those bike lanes are greatly increased with flexi-posts, or better yet, bollards. 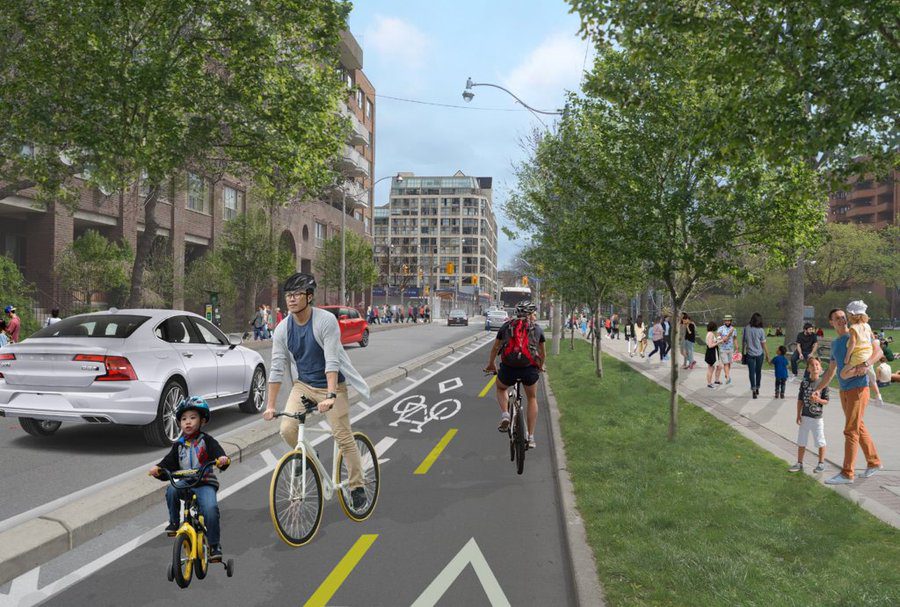 Still, the ultimate roadway for a bike, is the dedicated cycle track. This is a lane that has solid barriers that follow for the entire length, apart from at crossings. This ensures that no cars can use the bike lane to pass cars ahead or get into the turn lane. It’s the safest option for cyclists.

That’s why the recent appearance of people driving cars in these dedicated cycle tracks so confounding.

Here’s an example of egregious behaviour on the part of a car driver. It’s clearly marked as a bike lane, and even has barriers. What more could be done to stop this car from driving in the bike lane?

Why do some cyclists refuse to use the bike lane?

In Seattle, for example, new traffic cameras aim to fix congestion in downtown Seattle. It’s a pilot program in 2022 to monitor eight intersections around the city, with the goal of enforcing laws for drivers “blocking the box”—illegally driving in bike or bus lanes, or blocking crosswalks and intersections.

Might this be something that would work in Canadian cities? Here’s another example of a car that somehow made its way into a dedicated cycle track, and created an incredibly dangerous situation.

Episode 2: I was happily riding down the bike lane on lower Bayview (south of Queen) when I saw 2 bright headlights in the bike lane. Is it 2 well lit bikes side-by-side? Nope! Surprise! It’s another SUV. pic.twitter.com/zmgovN9nzG

Toronto-based Dave Shellnutt, a.ka. “The Biking Laywer” says things have to change, and fast. “Cars or trucks driving or parking in bike lanes in Toronto is endemic,” he said. “We need automated parking enforcement, physical barriers, and a public awareness campaign that highlights the dangers faced by cyclists who have to jump into car traffic to navigate around motor vehicle in bike lanes.”

With more cyclists riding, and more cars back on the roads with cities slowly opening up, it seems like action is needed, and urgently.