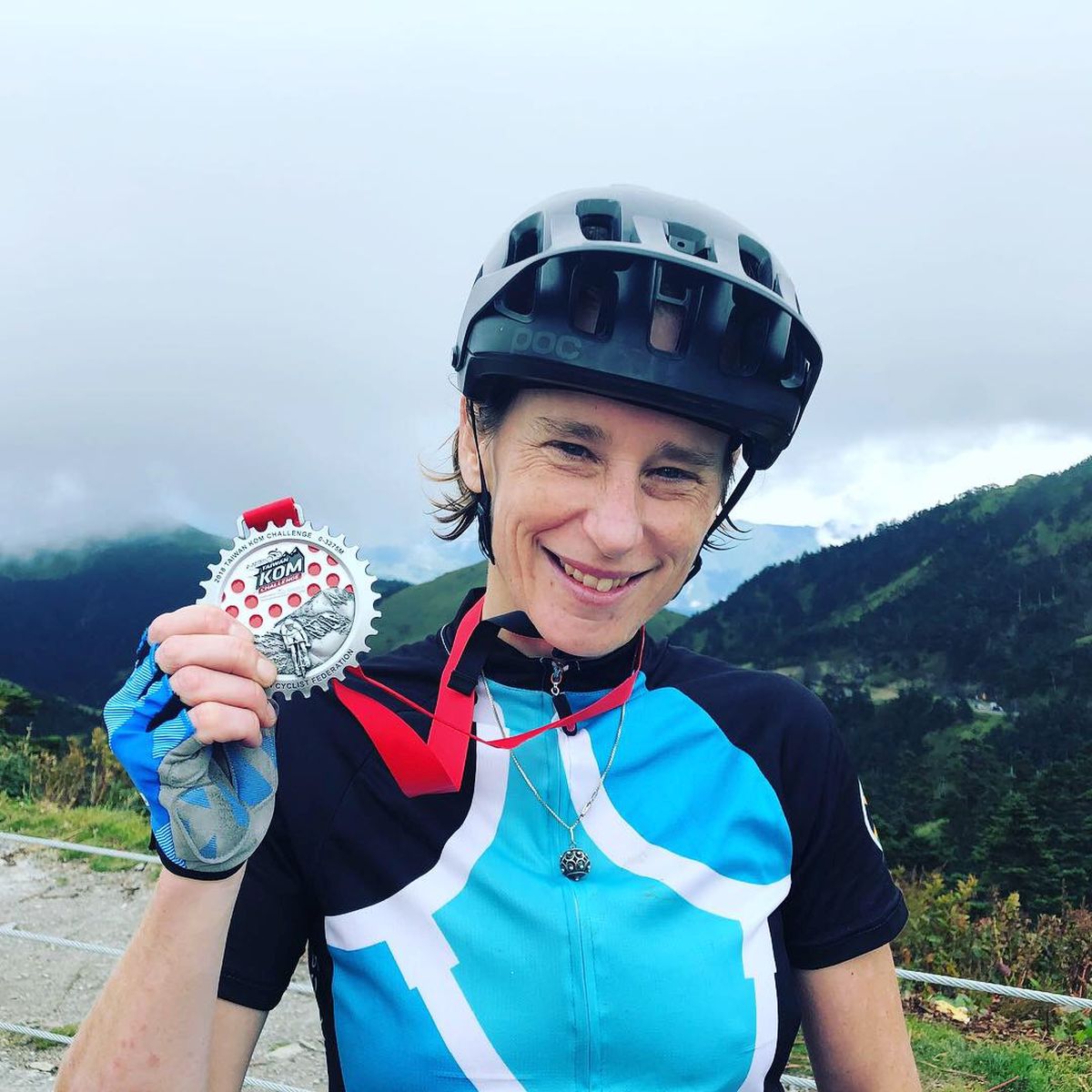 After 105 km of climbing, gasping for breath at over 3,000 m altitude, unable to see straight, my legs almost buckled underneath me when I stepped off my bike.

But, I did it—with two minutes to spare.

They said the last part was hard; I found it excruciating. I had six km and less than an hour before the six and a half hour cut off. Just finishing would be an accomplishment, but I wanted it to count, to get the medal and make it official.

I kept clicking my gears, trying to find that non-existent lower gear. If I were pedaling any slower, I’d fall over. Standing helped. So did some personal scolding: with every pedal stroke, I spoke the words, “Lift your knee. Lift. Lift.” Guys ahead were shaking their legs back and forth to stave off the lactic acid. Then it hit me, too. My leg muscles seized, and I couldn’t push the pedal down. I leaned to the side of the bike to get off and walk.

Ahead I could see Brad, my buddy from Far Ride Magazine. He was also walking.

“Do you think we will make the cut-off?”

“Doubtful,” he said. This cut my spirits. My goal was to make the cut-off.

“Next is down, much down,” yells a volunteer a few minutes later. Flying down the pavement, during the only extended descent on the course, a short couple of kilometres, I wanted to believe this would take us to the end. Of course, it didn’t. Ahead, through the mist, another climb. I wanted to cry.

Six km remain; up 537 m with a maximum grade of 27 per cent, according to the race guide.

Back on the bike, I began to weave back and forth across the road to reduce the slope. I was thinking about the morning chatting with people, taking in the waterfalls, and zooming through the dark tunnels cut into the mountains.

At the start line, an experienced woman gave me some advice, “This race is about just you and the mountain. Just watch the blokes take off after the pros, trying to keep up. Stupid.” This year I was one of only 71 women in the race out of 746 riders. “Thirty percent of the women didn’t finish last year.”

Sure enough, the men were bolting past me during the flat, neutral 18 km warm up. “Steady, just stay steady,” I tell myself.

Then, just after a bridge, the climb began. Not two minutes into the ride, I saw British pro-Haley Simmonds standing on the side of the road. “You ok?”

“No.” Haley came in second last year. I later discovered she had a bad crash and couldn’t finish. 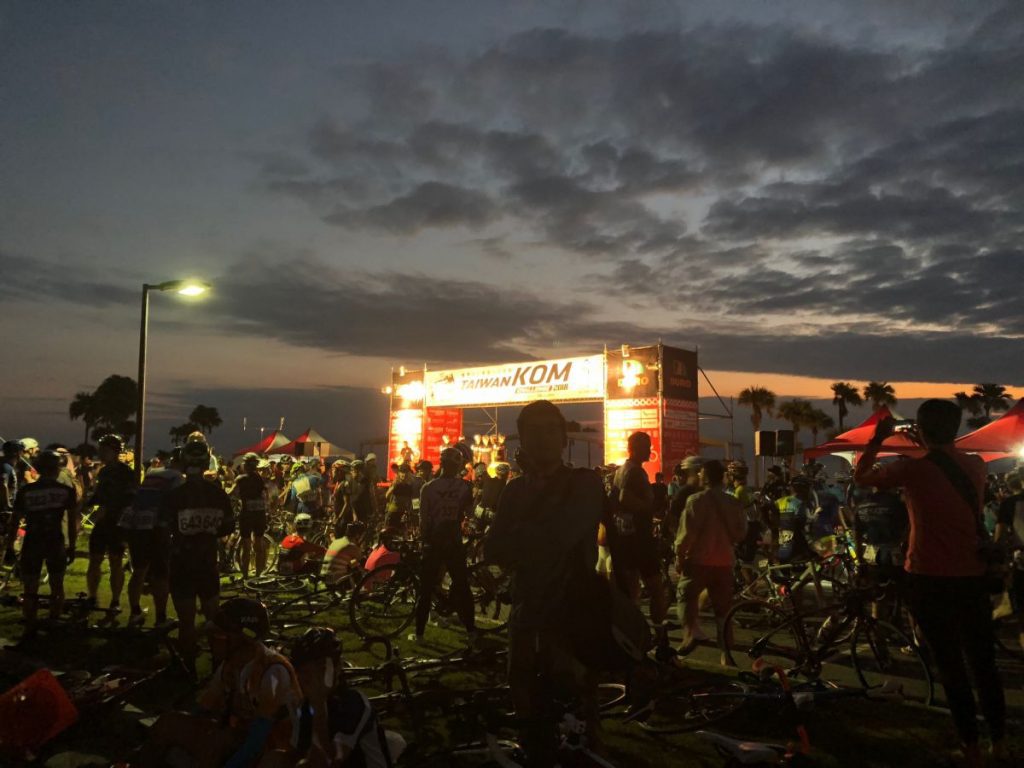 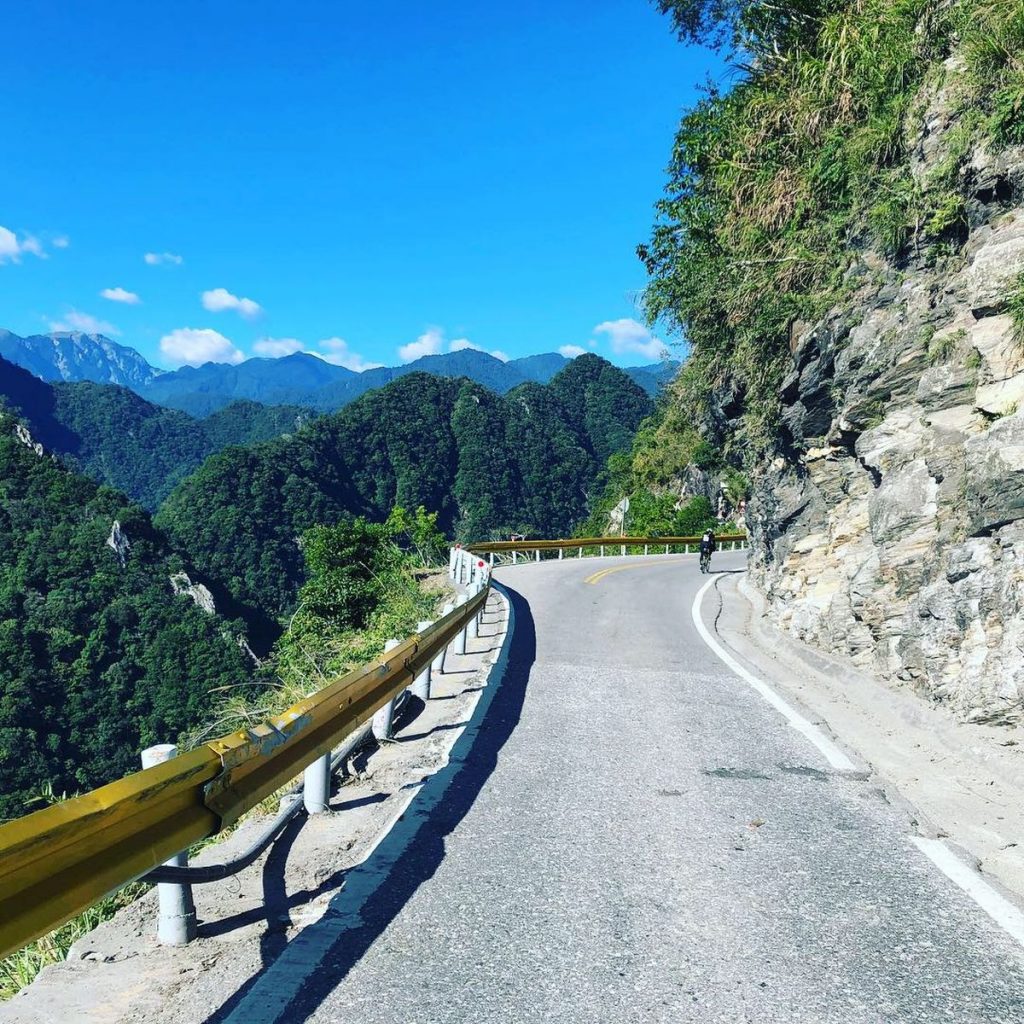 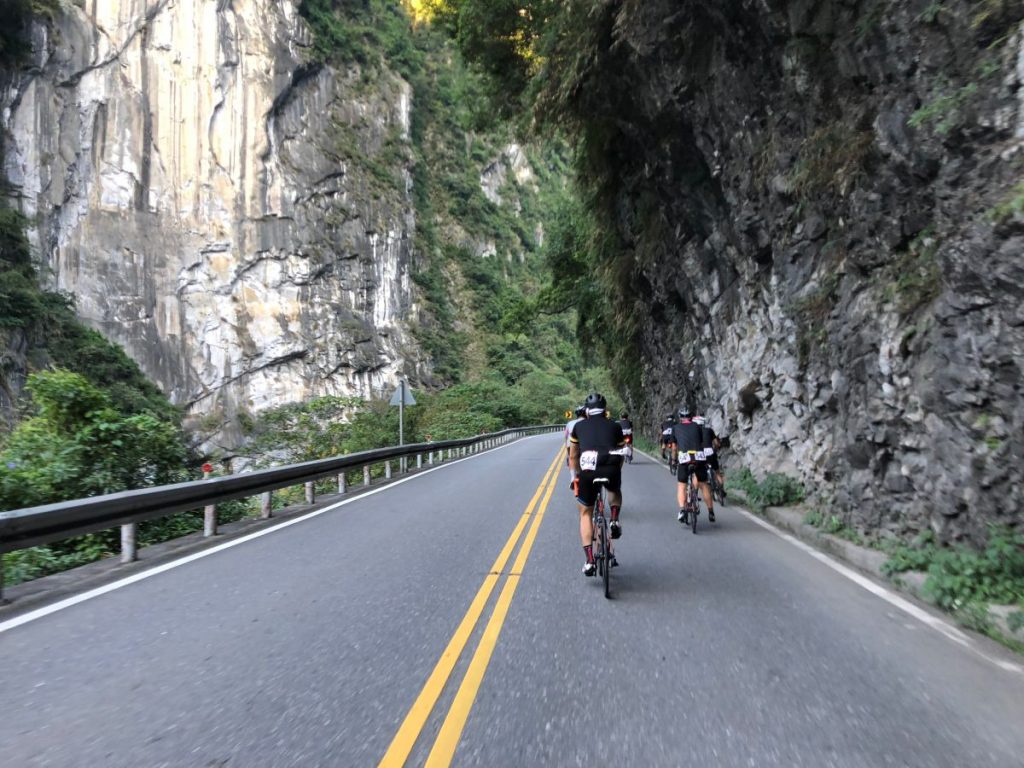 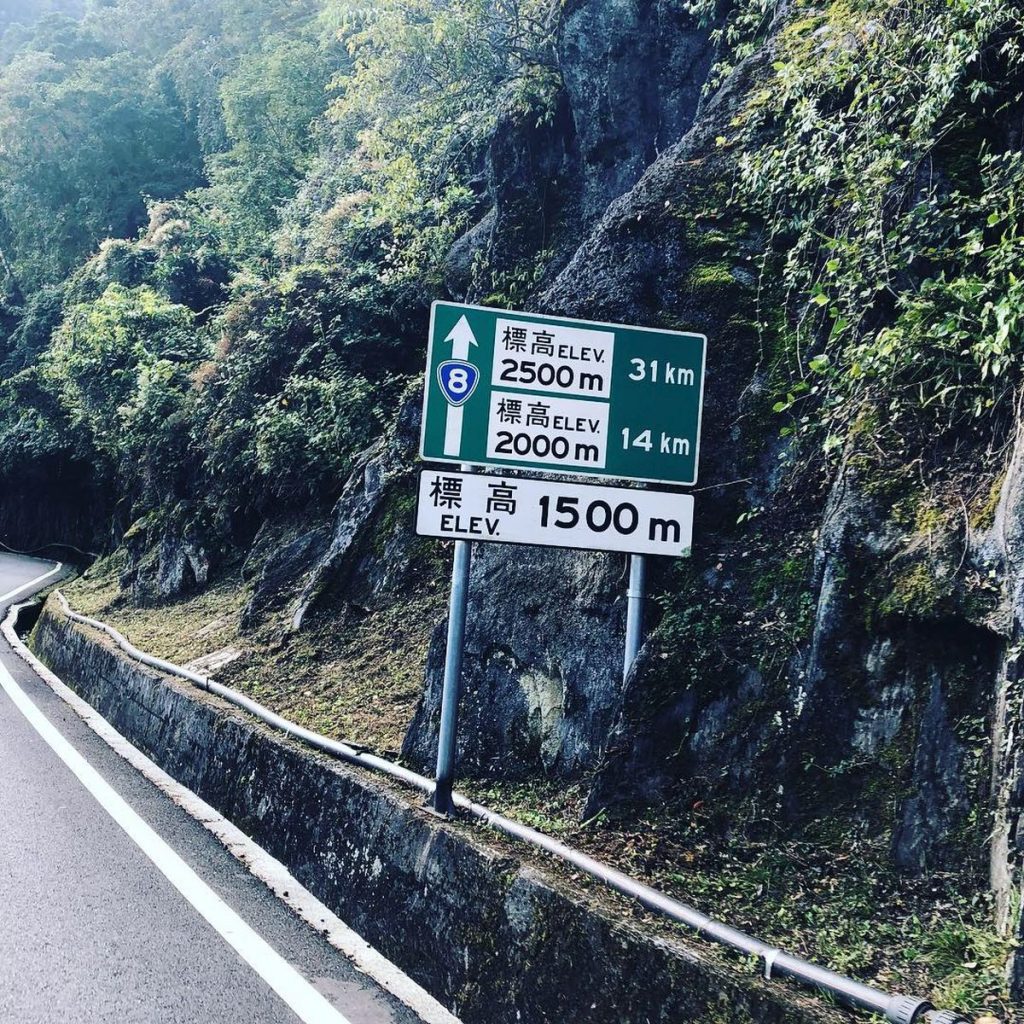 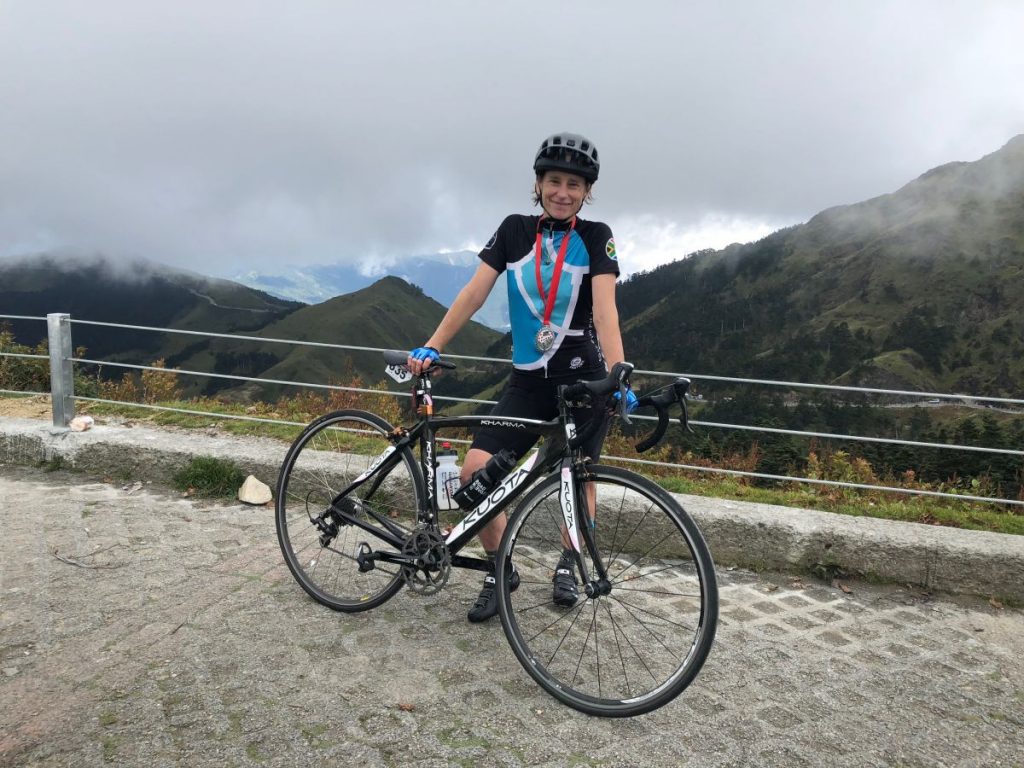 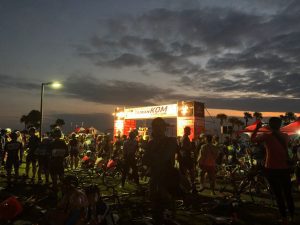 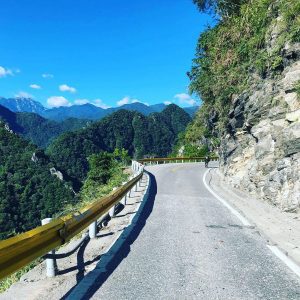 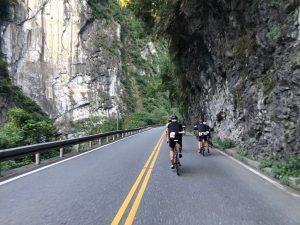 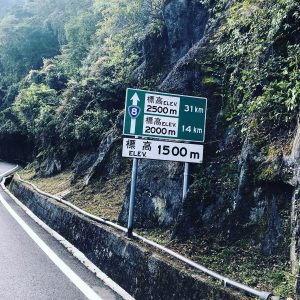 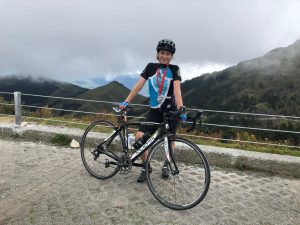 It was never a race for me. It was about beating the cut off time, conserving energy, surviving. And I was doing that successfully in the first half. Averaging 150 bpm heart rate, and 160 w, I wasn’t burning myself out. I was hopeful of finishing. I even had moments of elation, wondering what all the fuss was about. This isn’t that hard. Then began the wall-after-wall of mountain climbing.

“Sing, Melanie, just sing,” I told myself, advice from a friend. I’m so close.

“You can finish this, lady!” From a guy I saw earlier. The air up here is decidedly cooler. Noticeably thinner. The glorious sun has been warm and comforting all day.

Oh God, hang on, Mel. Hang on! Locals are giving me the thumbs up, and as I ride under the banner, I do cry. Looking down on my top tube, with the picture of my mom who died last year, finishing feels like a giant hug from her.

6:28:06. My elation is indescribable. I did it. If you asked me if I would do it again, it’s too soon to say, the pain and suffering are still lingering.

And forgive me if I turn philosophical, but this isn’t just about fitness for me—it means more than that. One of my friends reminded me before the ride that I would learn something about myself this day.

This race, with its fiesta of emotions—extremes—set me back in the real world a bit different, more resilient, fortified and confident.