“You’re very brave,” says the middle-aged woman as we settle down for lunch at one of the picnic tables. She’s waiting for the ferry we’ve just got off and she has her racing bike at her side. Her jersey has The North Pole Cycling Club emblazoned across it.

Evidently, we rode right past The North Pole pub earlier in the day and I’m disappointed we missed it. I love everything polar including such oddities and would have liked to have dropped in and discover why the name. There’s a South Pole pub in southern Ireland on the Dingle Peninsula and we plan to stop there for a pint in a few weeks when we pass it.

The South Pole pub was opened in 1920 by legendary Irish polar explorer Tom Crean who was part of the heroic age of Antarctic exploration in the early 1900’s. Crean joined both Scott and Shackleton on three major expeditions to Antarctica including Ernest Shackleton’s famous Endurance expedition in 1910-13. The pub sits in the town on Annascaul on the Dingle peninsula and has images of his exploits all over the walls. We plan nothing as heroic on our journey.

“We’re sticking to the small roads,” I reply. “We’re avoiding the traffic and playing safe. We’re not taking any risk with the kids!”

“No, no, not the traffic,” she says, “I meant the weather! You’re very brave to tackle the west coast of Ireland on a bike in summer. Now, you’ll be getting a soft one tomorrow but ye’ll be alright. I hope you have your rain gear!” 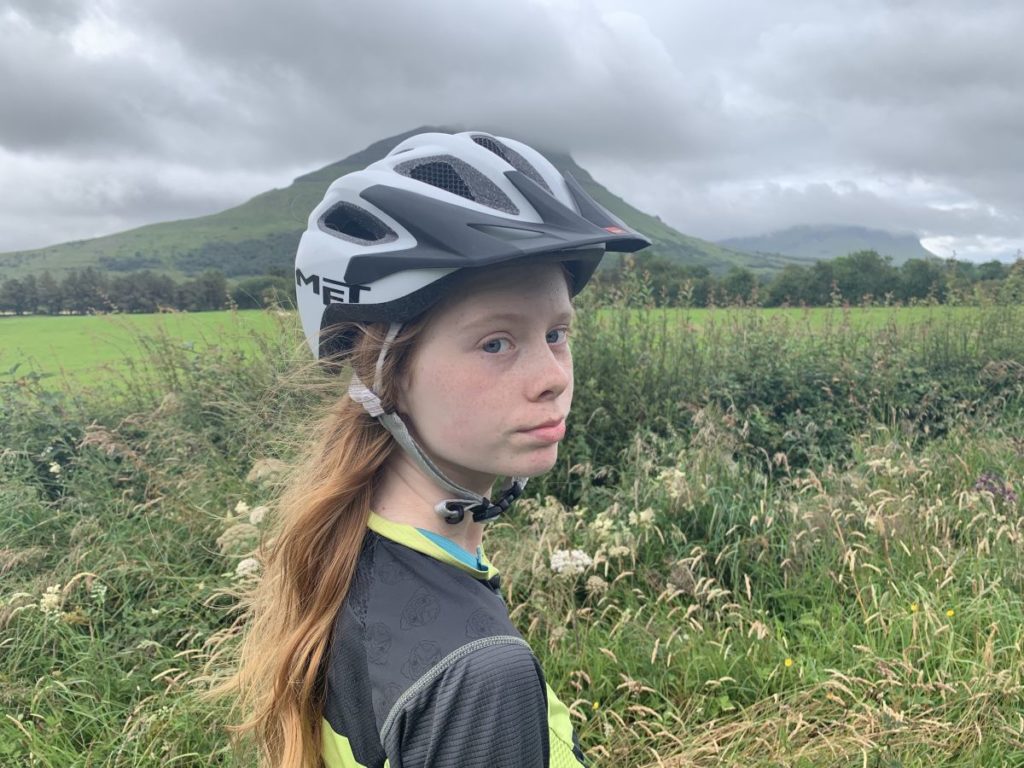 Arianna in the green. 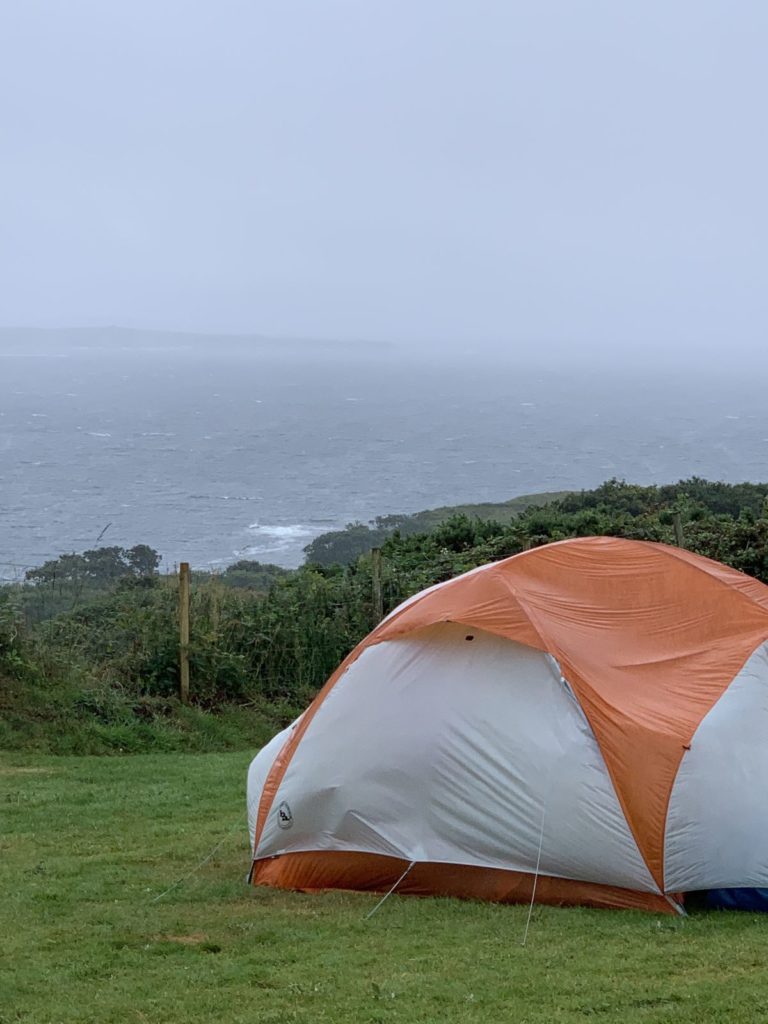 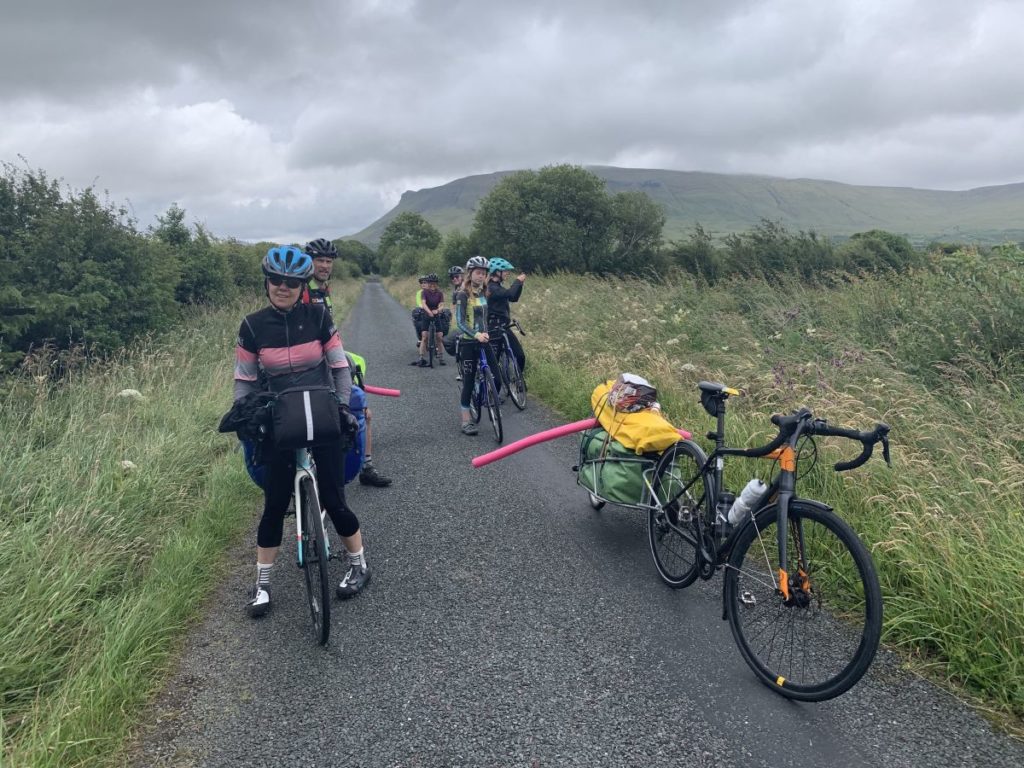 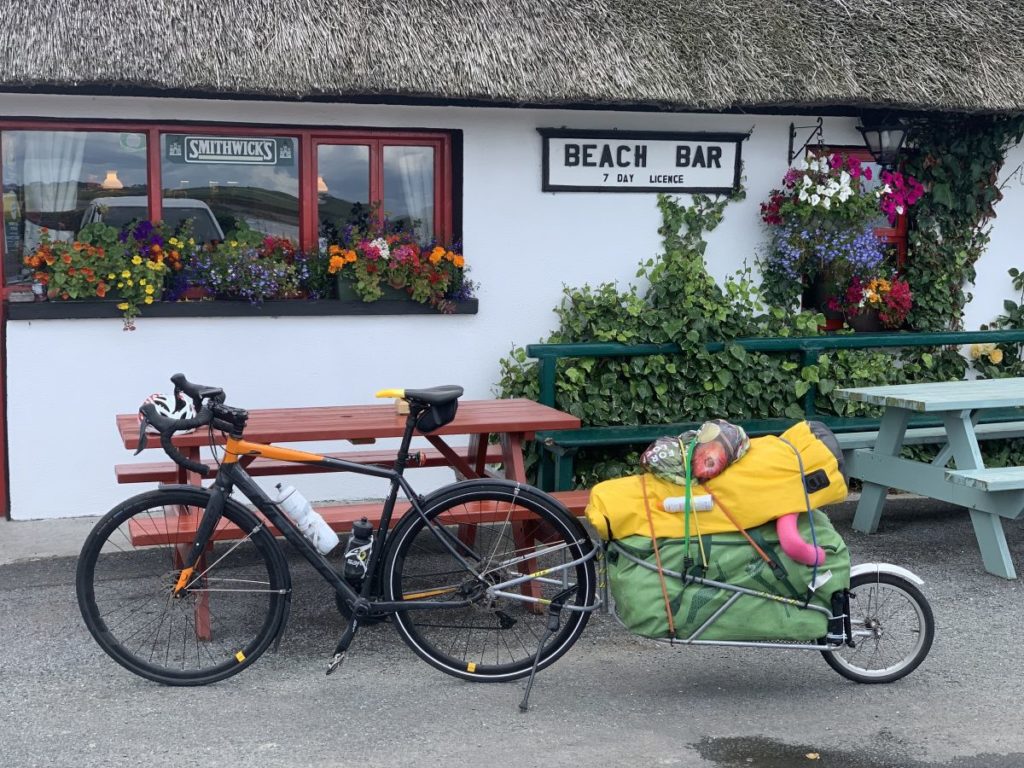 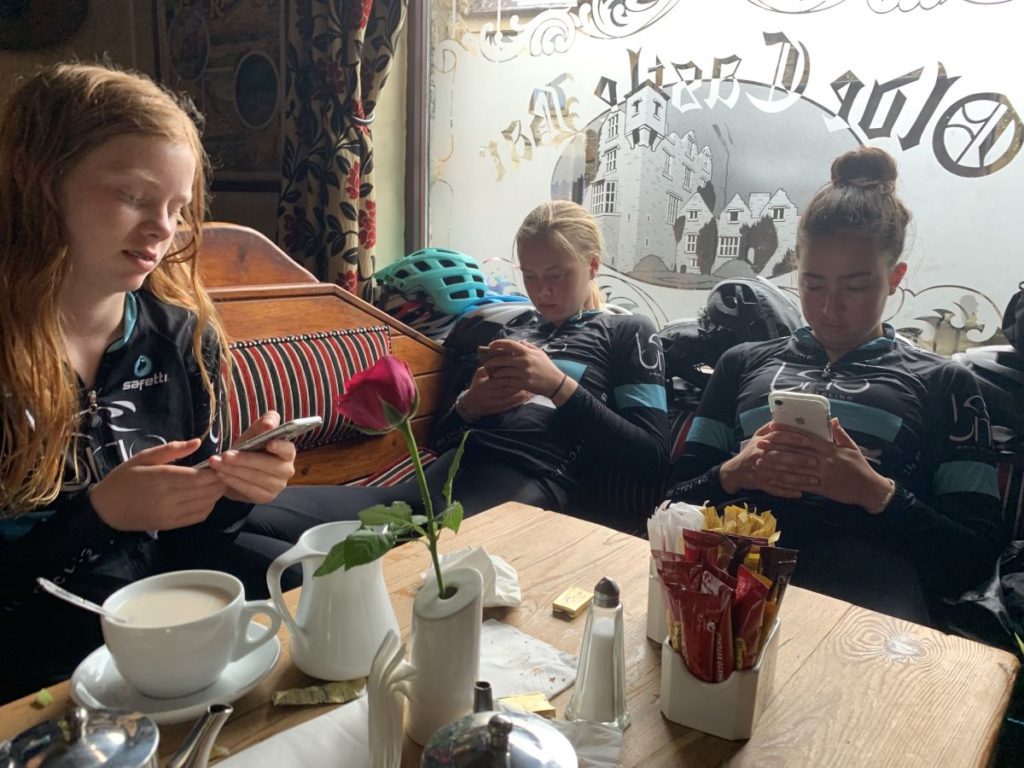 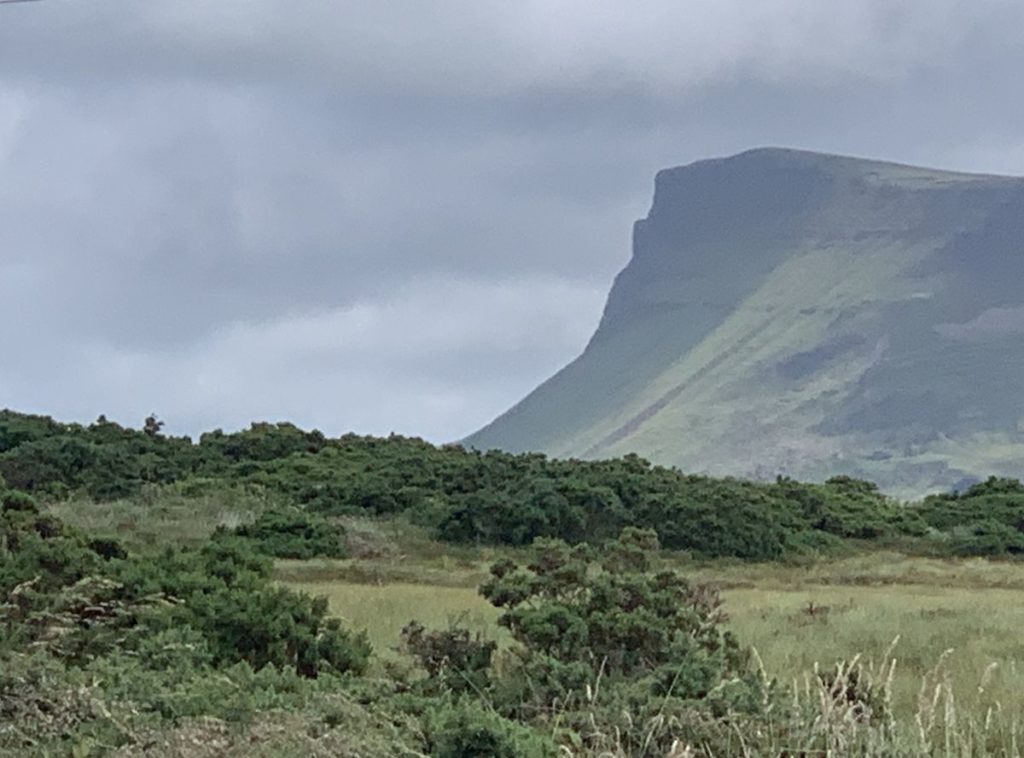 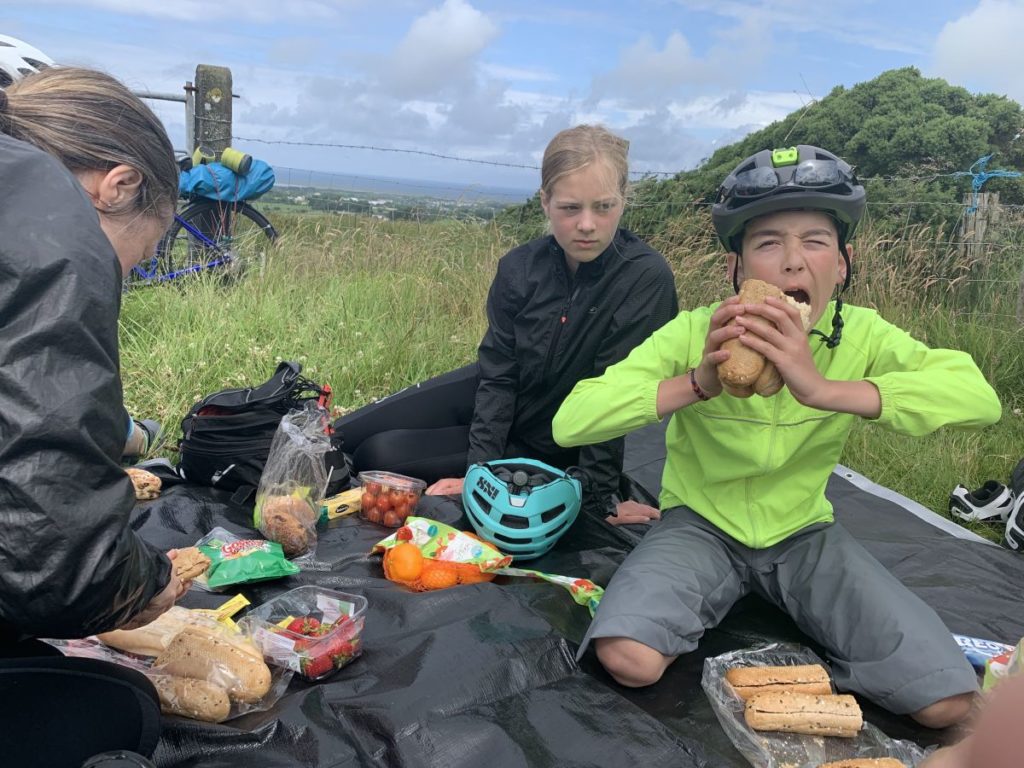 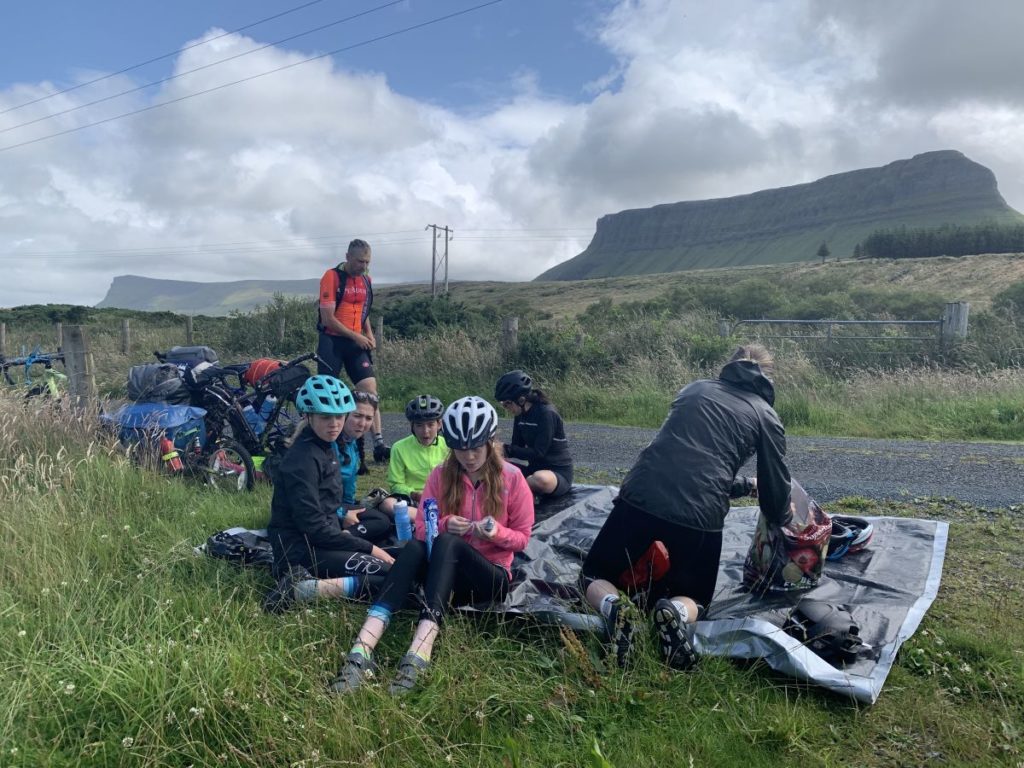 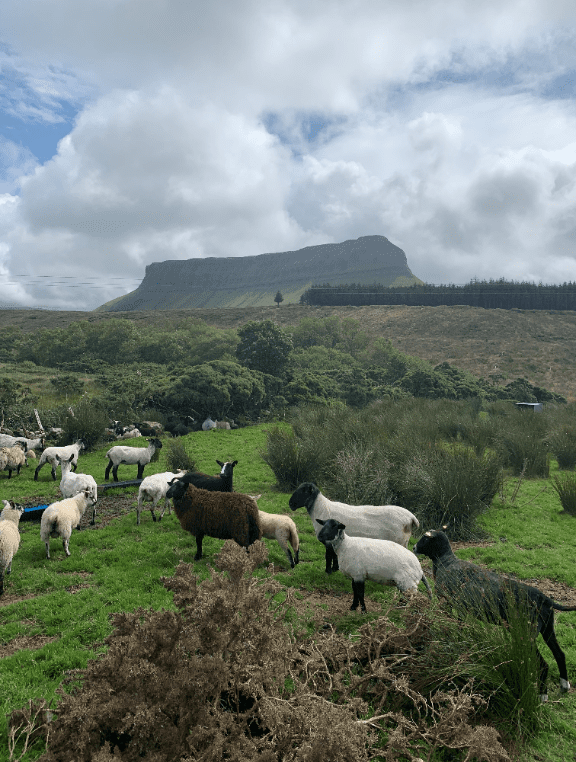 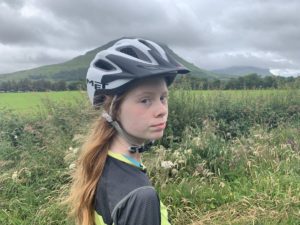 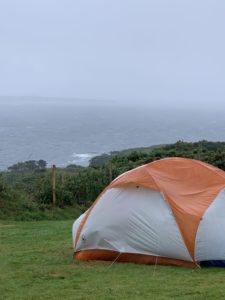 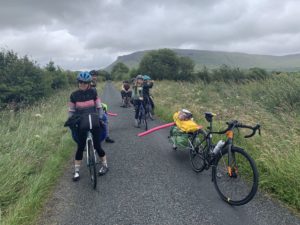 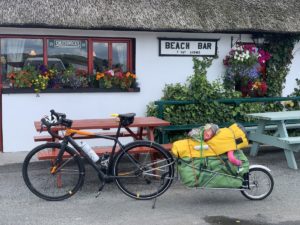 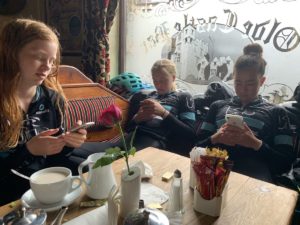 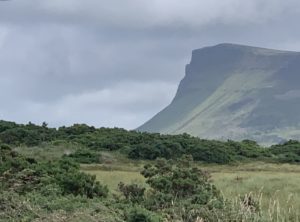 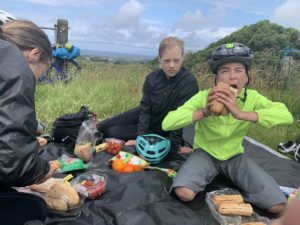 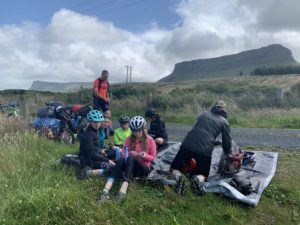 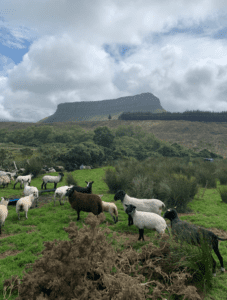 A soft day is a uniquely Irish expression that means a day when the precipitation is somewhere between a mist and a drizzle and is very common here in Ireland. Well, I think that’s what it means anyhow. Tomorrow is now today and there’s nothing soft about what’s happening outside our tent. I’m concerned now that this means ‘soft’. The rain is lashing down and the wind is roaring through in bursts. Is today the start of our own ‘heroic’ saga?