“Aye, you picked a fine day to be in town,” our taxi driver says as we headed back into Derry.

“Why do you say that?” I ask confused.

“Aye, it’s July 12 today,” he says. “Orangemen’s Day here in the north. The marches. They happened this morning already. They’ll be marching again tonight. Right by your B’n’B. You might want to watch. Aye, even throw a stone.” He’s joking…I think.

We arrived in Dublin this morning, and Dave and I rented a large cargo van and transported our bikes north to Derry. Our wives and kids took the bus north and are meeting us here. We’re here in Ireland to cycle the 2000 km Wild Atlantic Way down the rugged west coast.

It’s an epic journey for a trained adult. What it’ll be for two families remains to be seen. The team for the journey includes Dave Diebolt, Brenda Ryujin and their two teens Kai and Mika (aged 13 and 16), and my wife Nicky Hastings, our two daughters Arianna and Caitlin and myself (aged 13 and 15).

“Aye, you see that corner there?” says our taxi driver as he points over his right shoulder as we drive into Derry after dropping the cargo van at the rental agency. “Back in ‘74 the British SAS opened fire on two motorcyclists right there. Over 70 shots fired. Not a single one missed.”

“Why’d they do that,” I ask, getting a sense for his side in all this. “They thought they were members of IRA. The Irish Republican Army.” 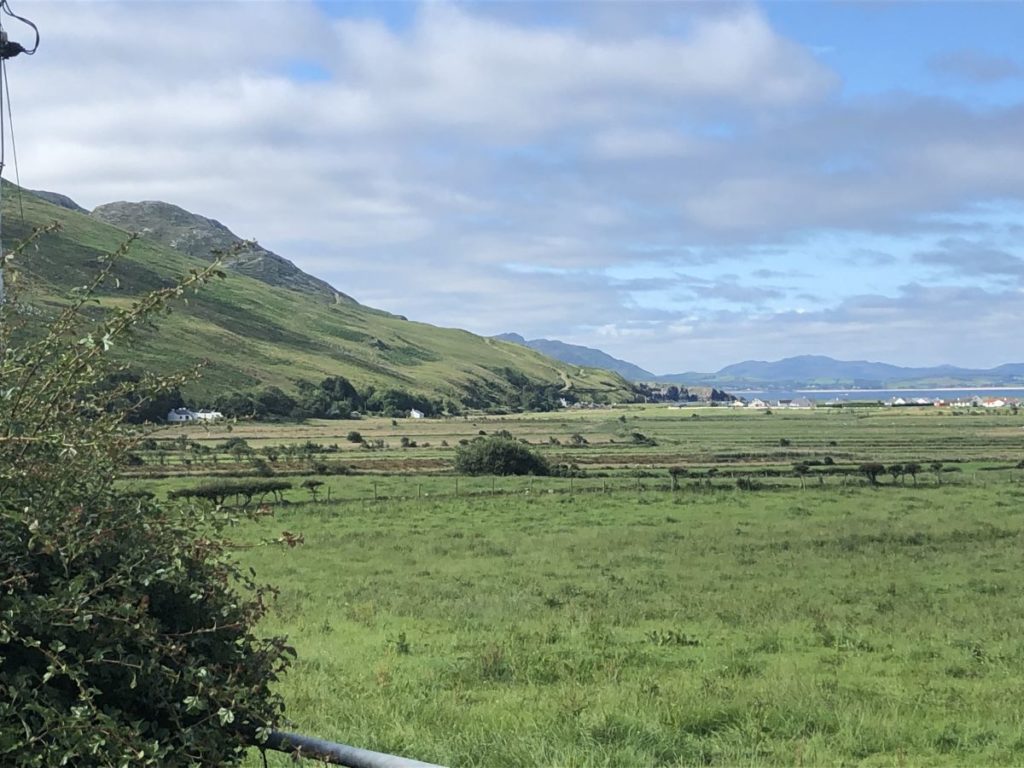 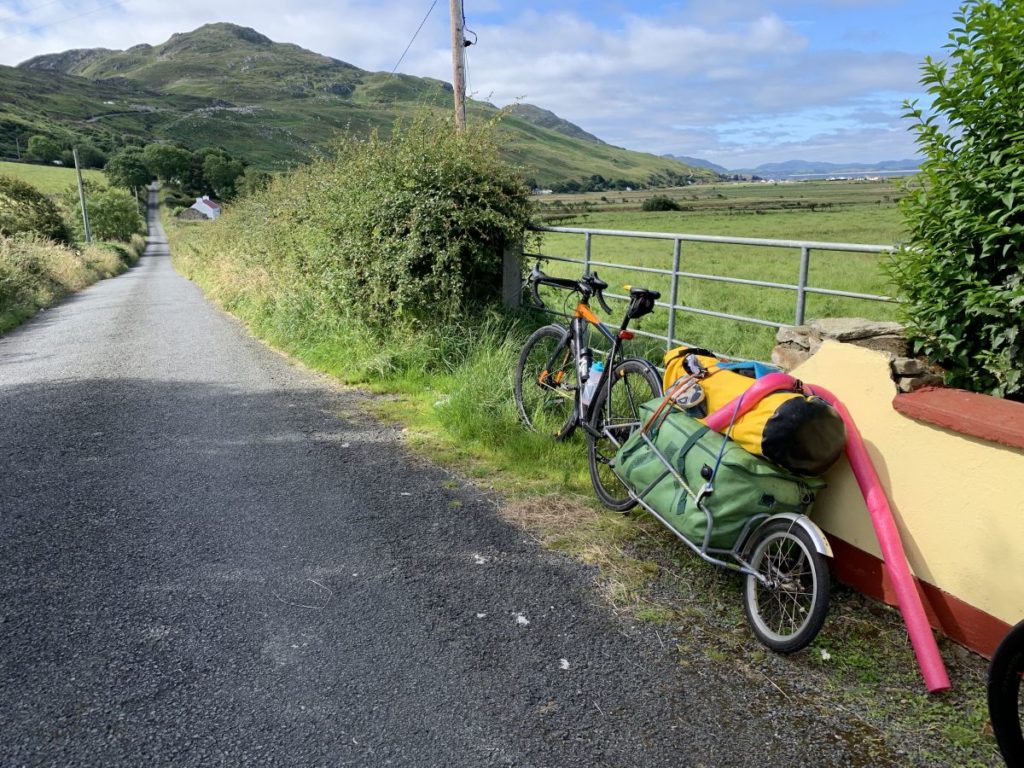 Approaching the gap of Marmore. 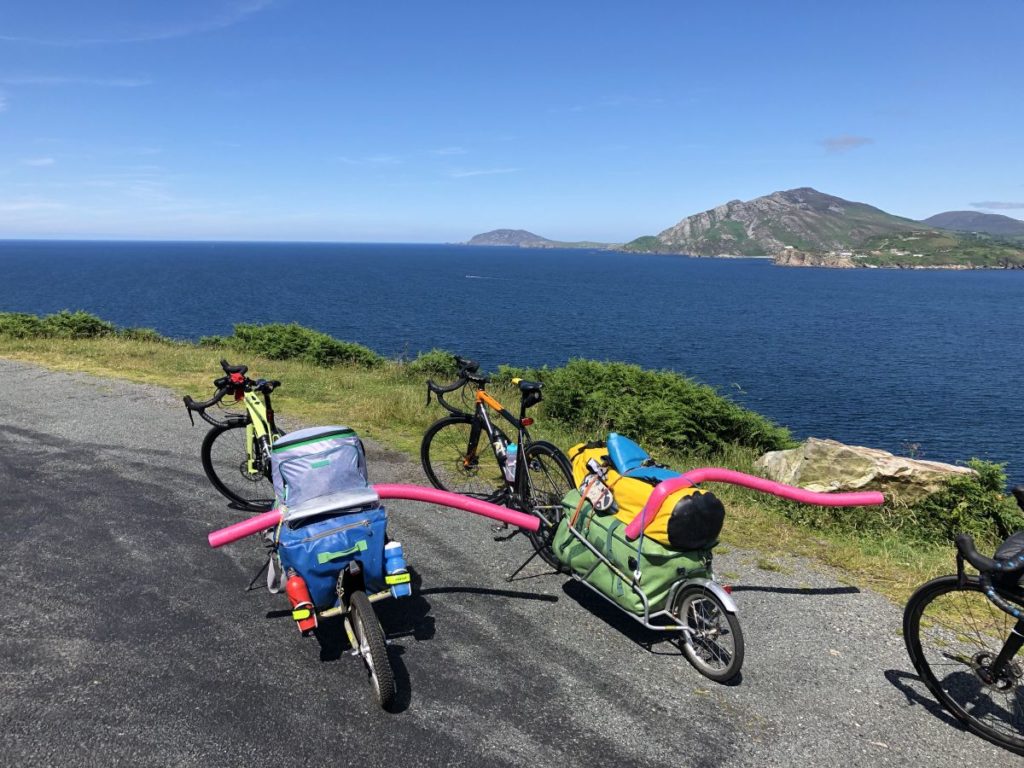 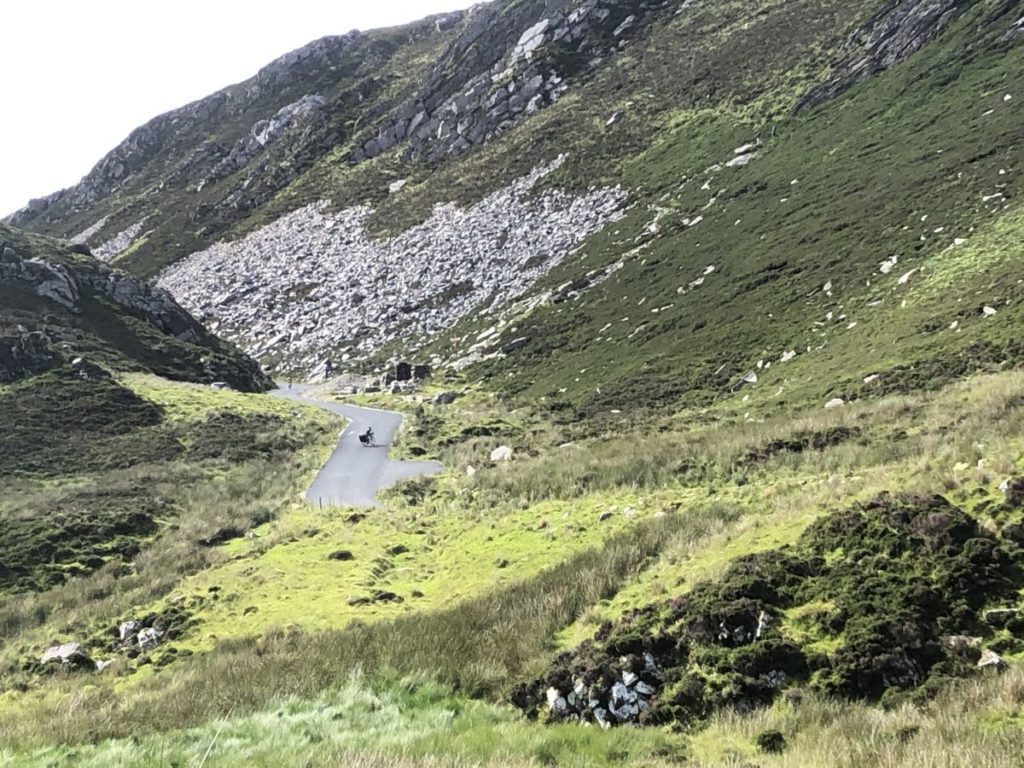 Upper 20 per cent ramps of the climb. 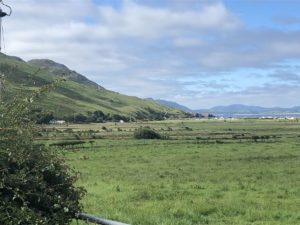 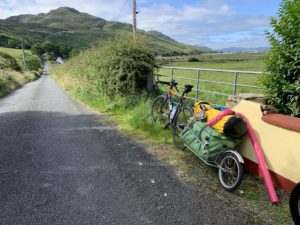 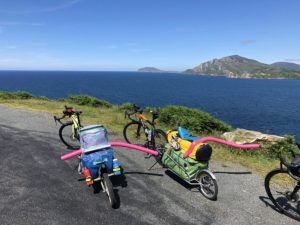 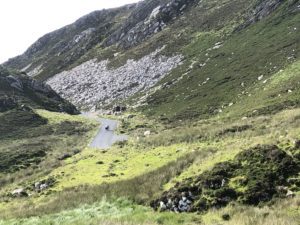 “We saw a lot of police on the roads on the way to Derry,” says Dave. “Was that because of the celebrations?”

“Aye, you said it right,” said the taxi driver. “It’s Derry not Londonderry. Now, here you are. Your B’n’B is right at the head of the bridge. You’re on the Catholic side of town. The other side there is Protestant. It’s up on that side that Bloody Sunday happened. 14 unarmed Catholic civilians killed by the British. Aye, you know the song.”

It’s an odd start to our Irish journey and one we didn’t expect. Derry is a beautiful old town and marks the start of our journey but like the parade that winds past our B’n’B this evening hints at the fact we have no idea what’s to come.