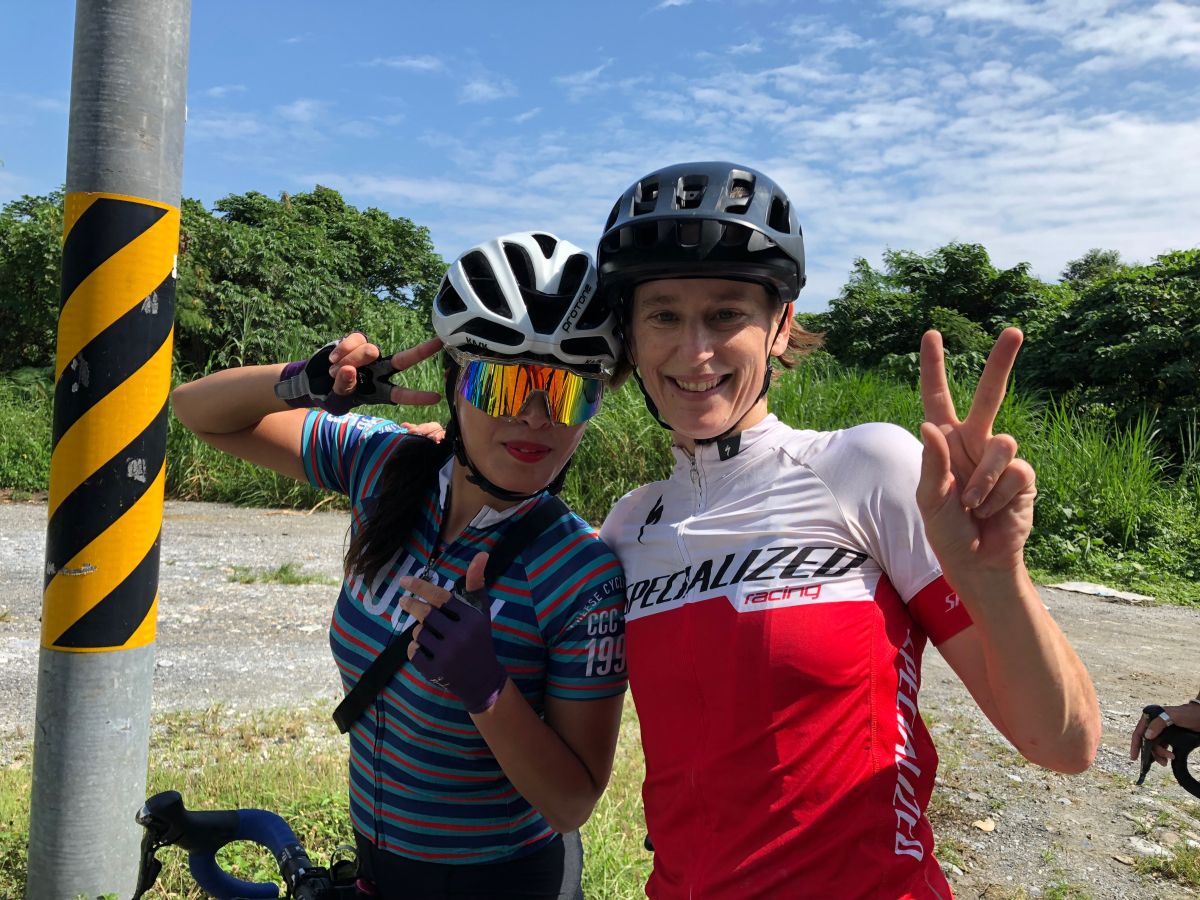 “Mentally you’re going to go through major ups and downs,” says Karen Duff, owner of Fit4Adventure. Just how major is something I’ll find out tomorrow. Even Lucy Kennedy, pro rider for Michelton Scott, who is also tackling the KOM tomorrow for the first time, was a bit nervous as we both headed to a Giant bike shop for some bike adjustments today. “I’ve never climbed this long, ever.”

But, since arriving in Taiwan for the race, you’d think I’d be more nervous. I’ve never ridden with this calibre of riders—ever. Pro riders such as Kennedy, and Welsh hill climbing champion Dan Evans and, Haley Simmonds (who came in second last year) are a few names who are riding this year. But I’m just watching and learning, taking it all in. On a group ride today, former 2015 KOM winner Damien Monier pushed me along briefly during a warm-up ride. I was giggling the whole time.

Luckily, the rest of the riders are either photographers or journalists. We’re in the same camp. “I feel like the night before I have to go to the dentist,” says Brad Hammond, editor of Far Ride Magazine. “I just don’t want to go,” he says half-jokingly.

Since arriving on Tuesday, our group have gone for a few warm-up rides. One was through Taipei in the rain and another ride, a warm up to the KOM, called the Yangming Mountain Challenge, was a taste of the actual KOM at 36 km and 800 m. Now, just do that four times and steeper and you have the real Taiwan KOM Challenge.

My goal is to finish tomorrow’s race. I have six and a half hours to complete 85 km. And as my friend Karen said, it’s going to be mentally gruelling. “Think about conservation and burning matches when you have to.” Those matches she’s referring to are the peaks in the second half of the race, a few 13 per cent and even a 300 m section of 27 per cent.

“Don’t go crazy when you see a hill—your impulse is to attack the hills, but don’t. Back off initially. Wait until the power kicks in with the heart rate. Don’t shock the body.” 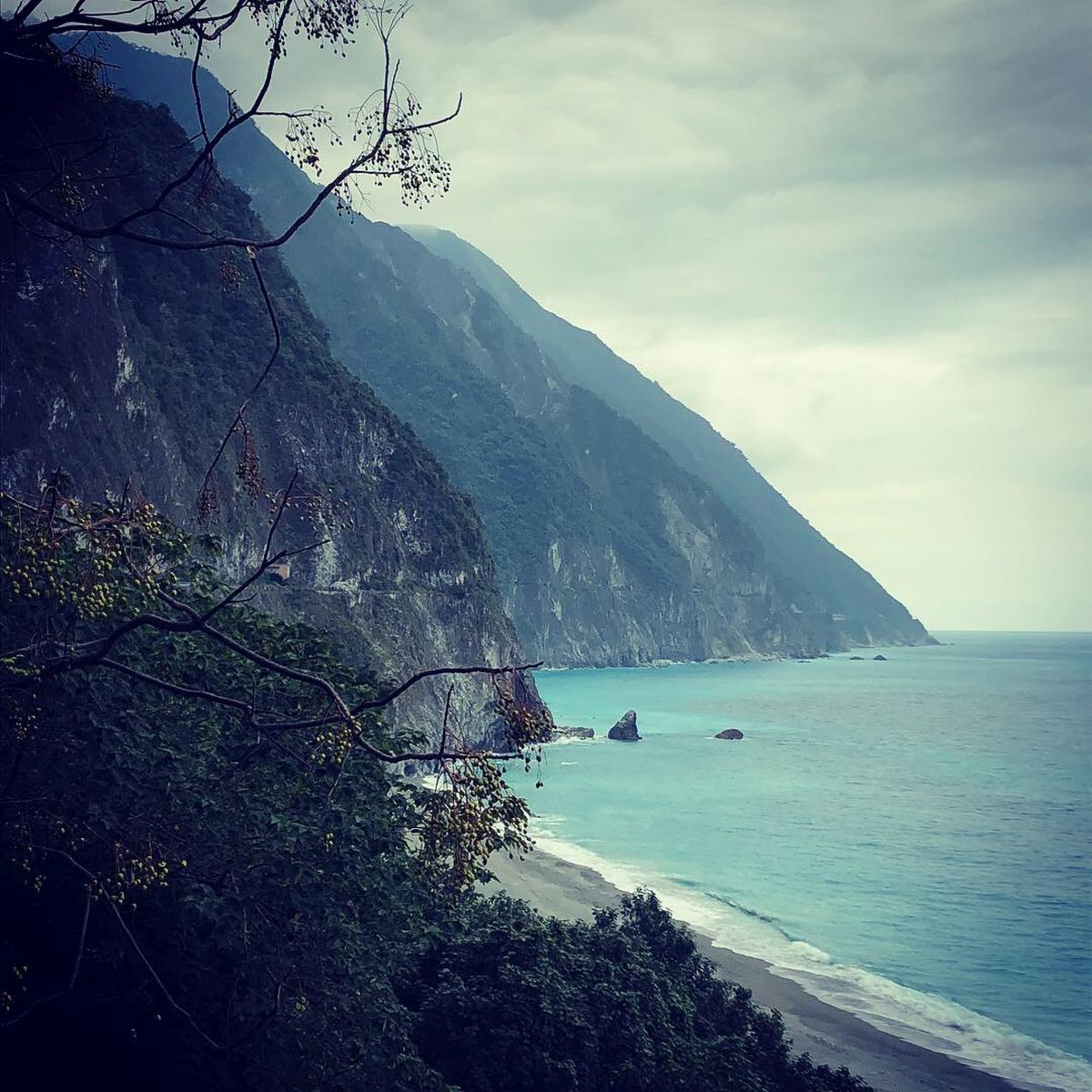 Oh, Karen, it will be plenty shocked as I climb from 0 to 3,275 me. Haley Simmonds, who came in second last year, also said I should pay more attention to my heart rate than my wattage. “Altitude really affects your power output…if you’re trying to ride to your sea level of power, you’re going to be in trouble.”

Got it. Conserve power.

Karen also reminded me to just think incrementally, take each section at a time. “Every time the grade changes go through a body check—shoulders down, stay light on your feet.” And to avoid cramping and more unnecessary pain, move around the saddle, a lot.

But training tips aside, what is really going to get me through this is all the support from my friends over the past few weeks. “It’s just a long ride,” or “this is what you do.” But my favourite, and one that I will think of often is a comment from my partner’s mom, Annabel. “You have the power, the empathy, the wisdom and the common sense of a superwoman.” 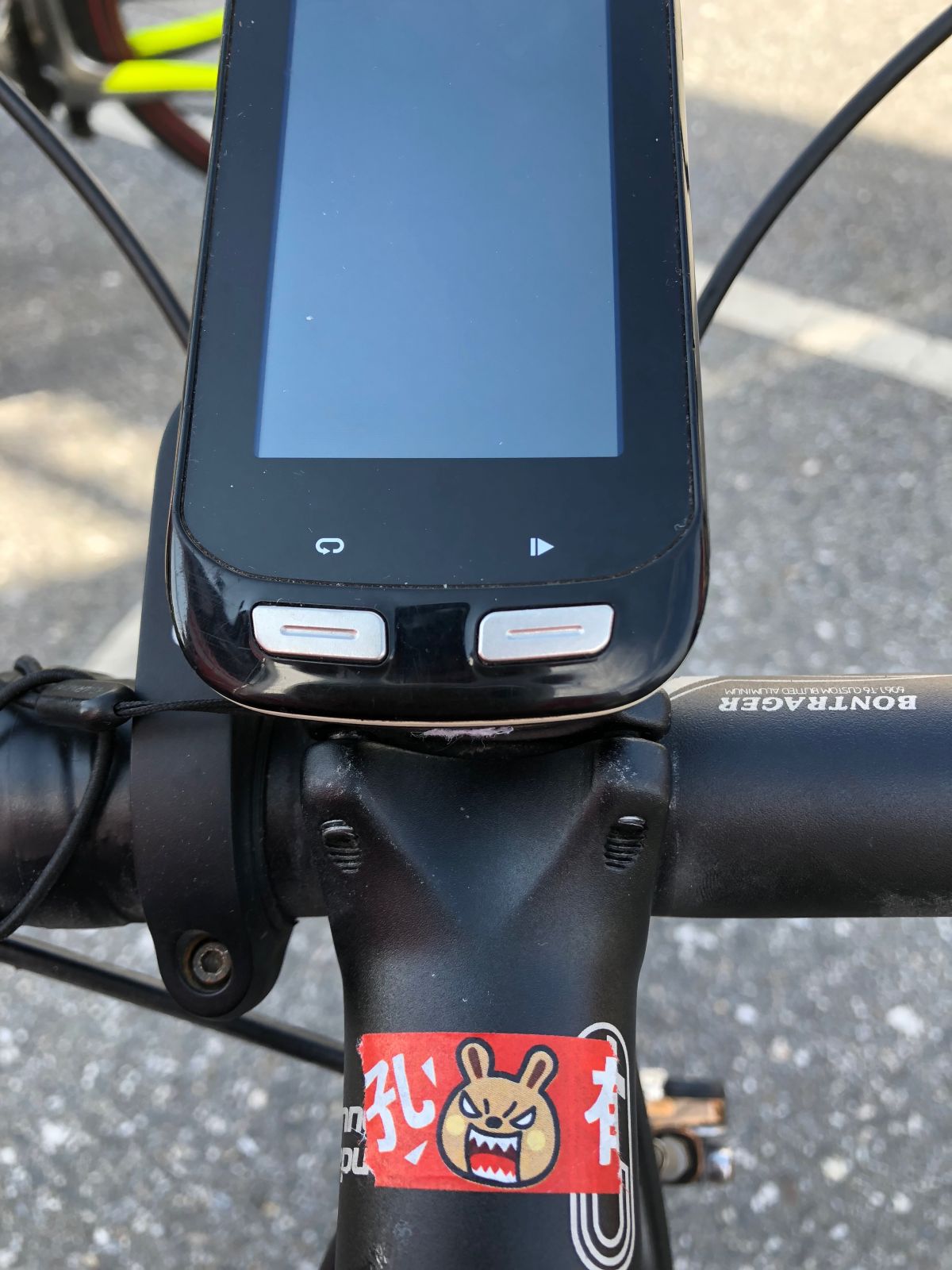 With that, I also did two things, quite spontaneously, that will mentally get me through. I handed out cute stickers to a bunch the pros, a little bear showing angry teeth. I gave Dan’s wife Jess one. “This will remind me to smile!” I’m sure some of the riders thought I was nuts. Finally, I taped a picture of my mom to my top tube. She was my biggest fan.