We cycled across the border into Mexico at San Luis Río Colorado, about 40km from Yuma. When I went into the office to have my passport stamped I noticed a glassed-off area signed Deportacíon. Inside three young men sat hunched over on benches. They looked lost and hopeless, hardly more than boys. Were they from Central America attempting to cross into the States? It was not a place to ask questions.

San Luis is located adjacent in the northwest corner of the state of Sonora, which has a reputation for cartel violence. In April two police officers were gunned down in their patrol car. A few days after we left a man was shot in his pickup while waiting to cross into the States.

We had no intimation of any of that. Quite the contrary. We loved our travels across America, but there was both a familiarity to it and, an ongoing sense of tension. We are so immersed in news from the States, its divisiveness and torment, that it inevitably affects our impressions. We had a sense of relief crossing into Mexico, a different country, a different language, a different culture.

Because of the uncertainties of border formalities we were spending the rest of the day and night in San Luis. We were giddy and excited about the next stage in our trek: ahead of us almost two months crisscrossing Mexico before moving on for a month of biking into Central America. Jairo, who had joined us as our Latin American point person, prepared margaritas for us in the hotel parking lot, which we quaffed happily at 10:30 in the morning.

As a border town San Luis hosts a number of maquiladora, foreign  manufacturing plants that assemble raw materials and parts for export back into the States. In addition to lower labour costs they benefit from various tax incentives. TSE Brakes, Daewoo Electronics and Bose are among the foreign businesses with plants here.

The town also does a thriving business in providing medical and dental services to foreign visitors. In Yuma I had met Ed. He was intrigued by our journey. He wanted details of our route through the States. He’d been along many of those roads on his motorcycle. He seemed to be reliving his own travels through my account. He was 80 years old, a veteran who had served in Vietnam. He lived in Orange County in California. 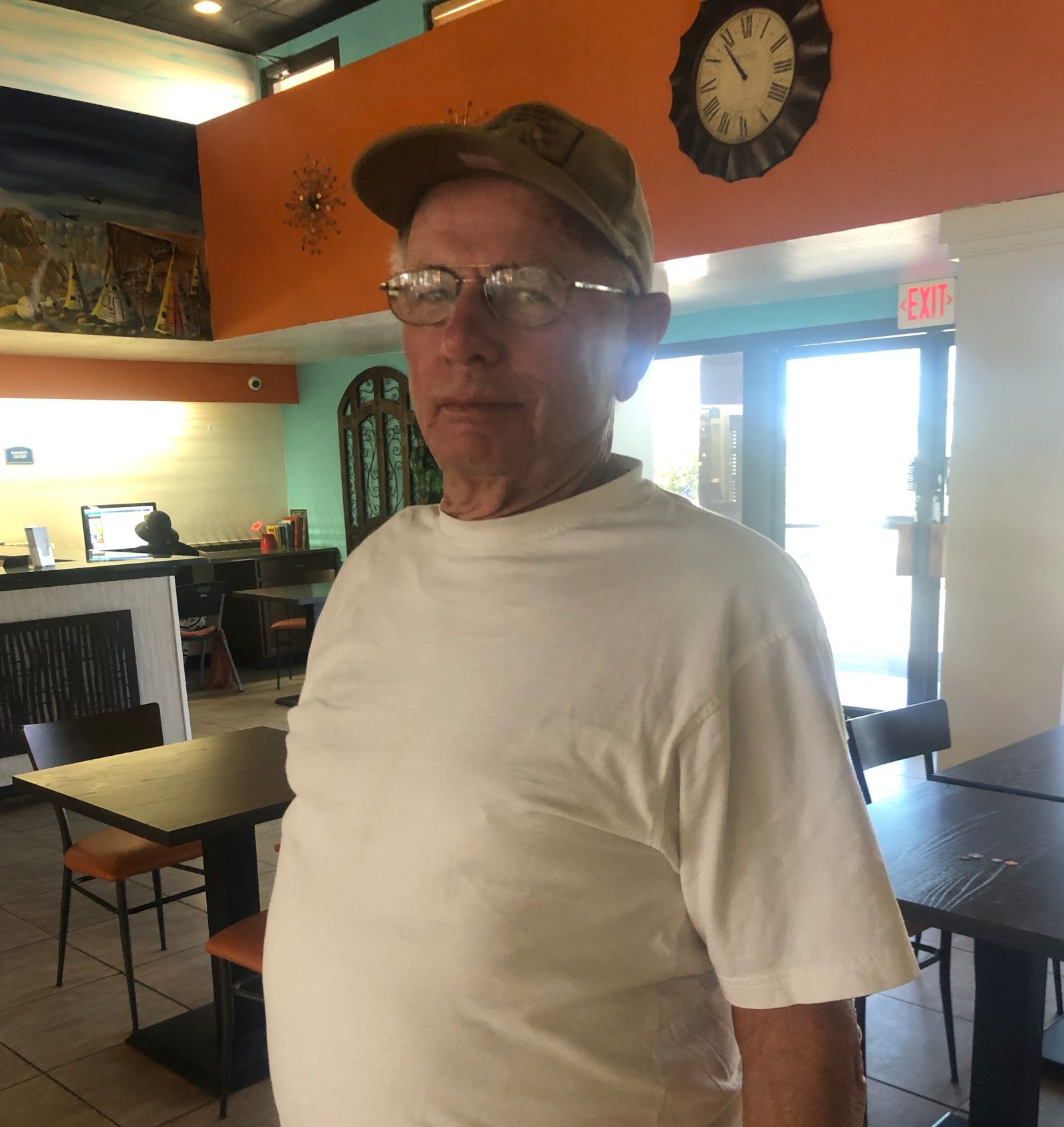 “What are you doing in Yuma,” I asked him.

He was heading to San Luis for major dental work, which he could not afford back home.

What struck me most about San Luis was the wall. Our hotel practically butted up to it. 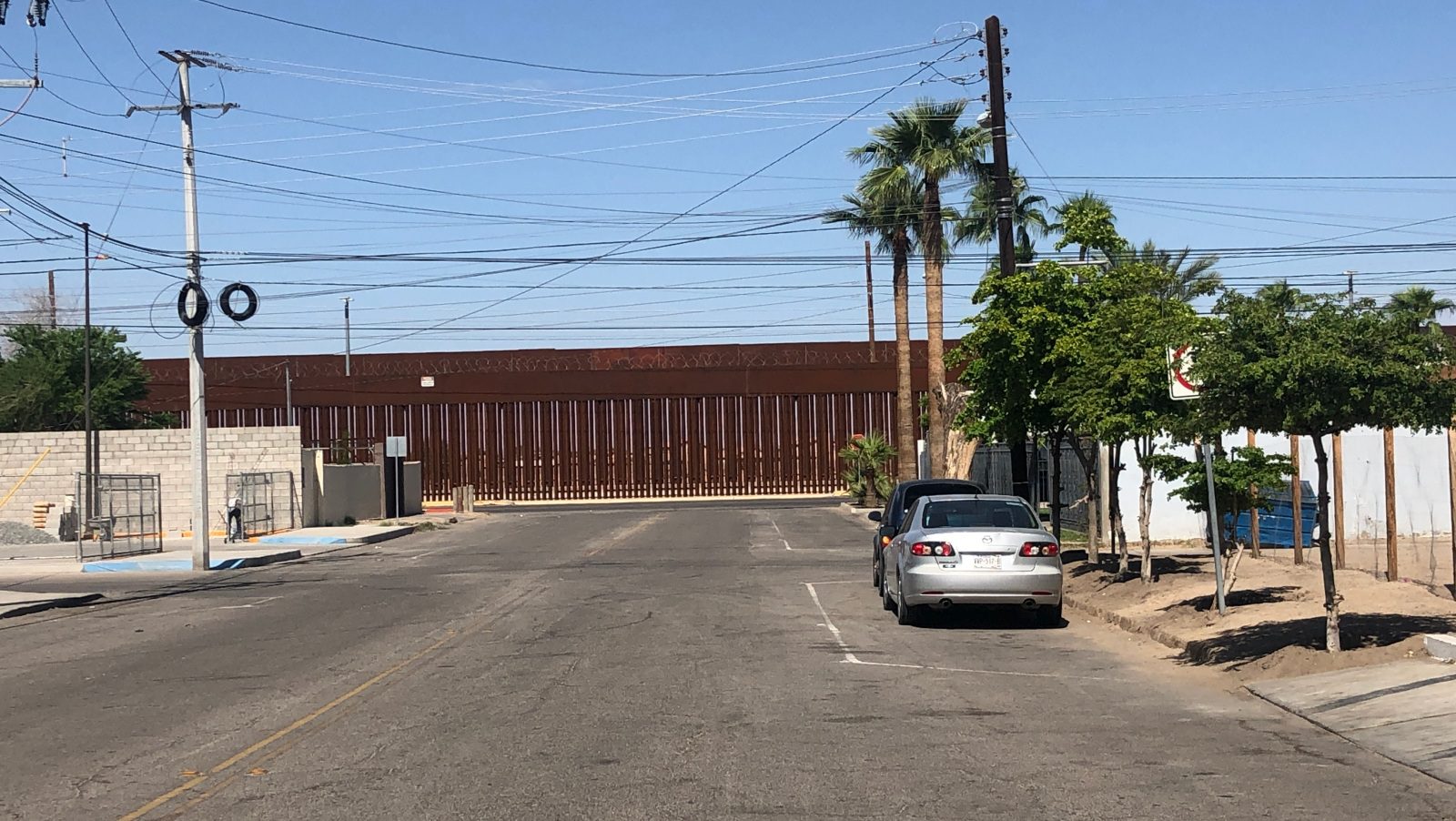 It’s an 18-foot-high bollard-style fence, hollow steel beams filled with concrete and rebar and topped with barbed wire. It seems to stretch into eternity.

I wish I could talk to the people who live in its shadow. What does it do to them and their sense of the world? Suddenly, where once the eye could look far across to the horizon there is a rust-red structure that bears down on you like an ancient monolith.

I remembered that day in November, 1989 when the Berlin Wall was pulled down. The scenes of jubilation filled us with a sense of hope, of renewal, of possibility. If that wall could come down then the world could become a better place. It was an American President who, 26 years before the fall, delivered a message in Berlin to Berliners that no wall would ever impede the march of freedom. He said that the wall was the most obvious and vivid demonstration of failure.

I stared at this wall built on American soil, the wall that stands as a rebuke to what America had once stood for, and I could have wept.