Last year, Carter Woods’ steel Naked Bicycles X17 cross bike earned him the nickname “Steel Bike Kid” at Silver Goose Pan-American champs. This year, Woods has graduated an age class, and metal class. He’ll be stepping up to under-23 men’s championship race on Sunday. When he does so, it’ll be aboard a weeks-old titanium Naked. Handmade on Quadra Island by Sam Whittingham, just like the steel bike, but made of lightweight speed metal.

The frames are similar, but not identical. Sam Whittingham was in Peterborough, and talked us through the differences between the two frames and the direction he’d like to move cyclocross bike design.

“When we first built Carter a bike he was pretty young still. Leaner, greener and really just racing cross for fun (still is racing for fun, serious fun)”

Now the wise “old” age of 19, Woods is riding faster, with more power, and is a bit bigger than when he was 16. It was time for a new bike. And, after struggling with mud last year at Pan-Am’s, Whittingham thought it might be time to add a second race whip to the quiver, to make sure Woods had a pit bike when it mattered. “As a matter of pure practicality, to stay competitive, an elite cross racer really needs a second bike when the conditions go to slop. Nationals was a great example, with the mud pretty thick and full of grass. Carter pitted nearly every lap.”

Plus, modern bike geometry is changing quickly in the world of mountain bikes, where Whittingham and Woods spend the rest of their year outside of cross season. The new bike reflects some of those changes, says Naked’s creator.

“With the move to more forward geo sneaking into the XCO world and our own experiments in longer front centre bikes, it was a natural decision to make a subtle shift in this direction with Carter’s new machine. The bike is very slightly longer in the front-centre, steeper in the seat-tube and shorter in the stem.” 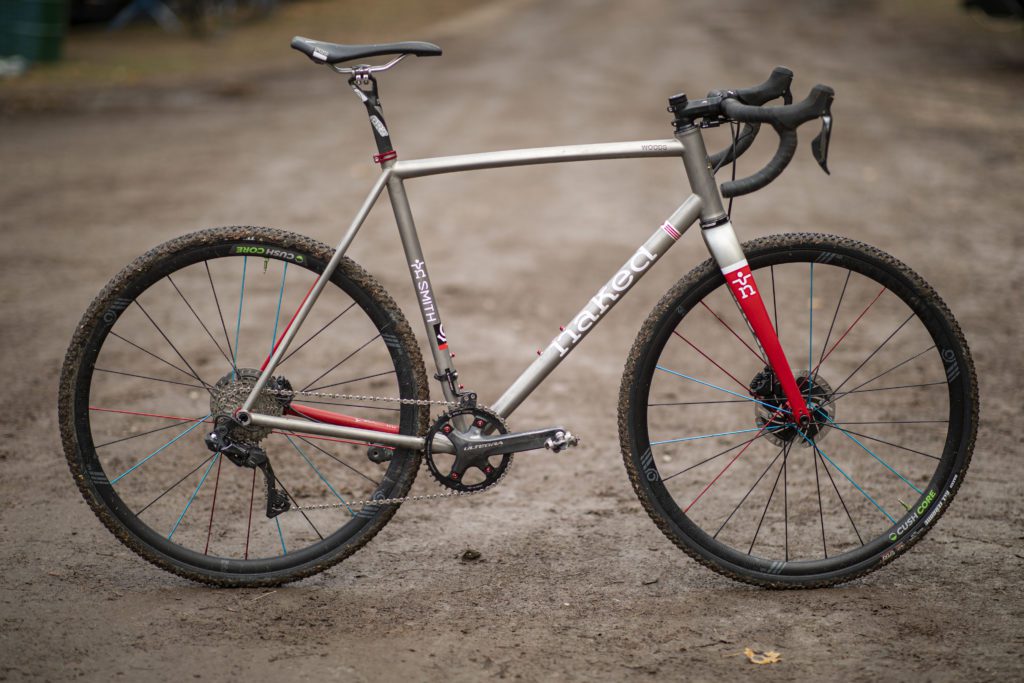 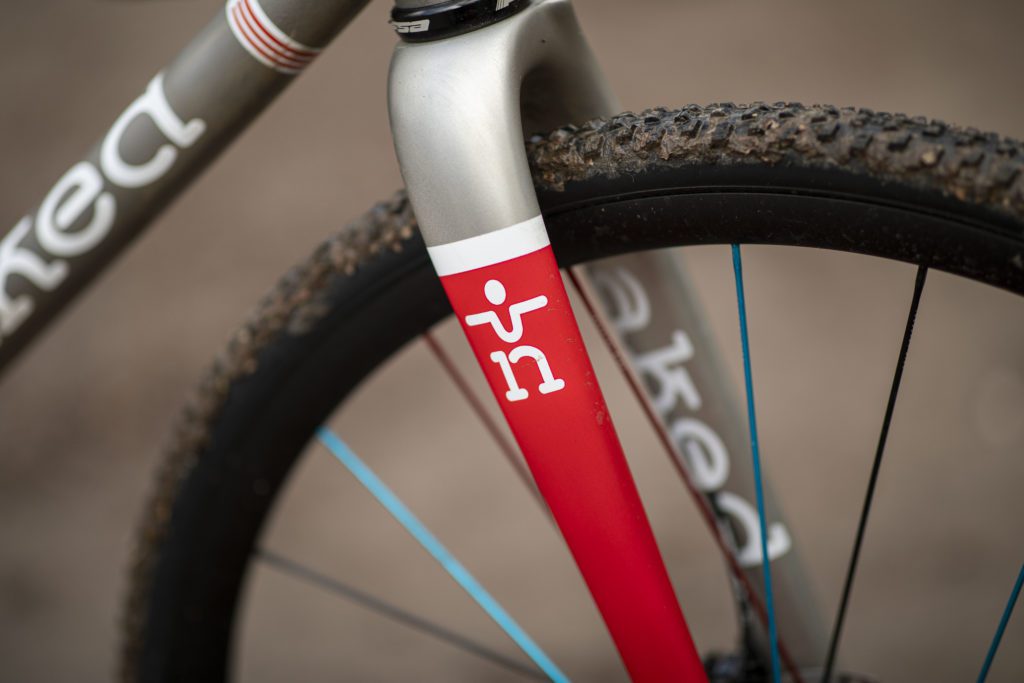 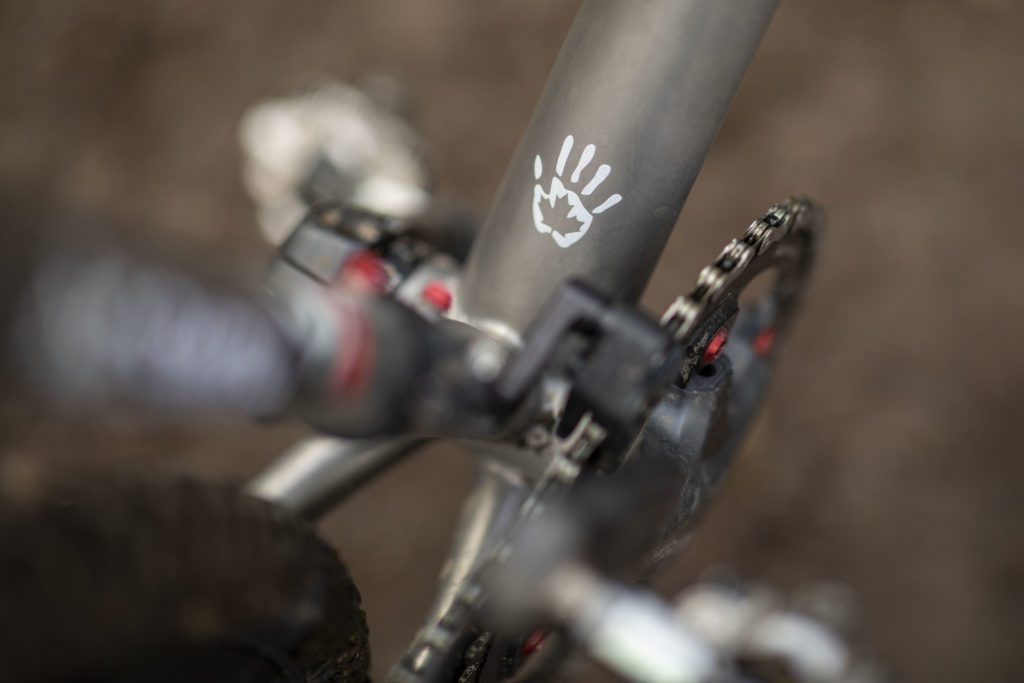 Hand made in Canada on Quadra Island. 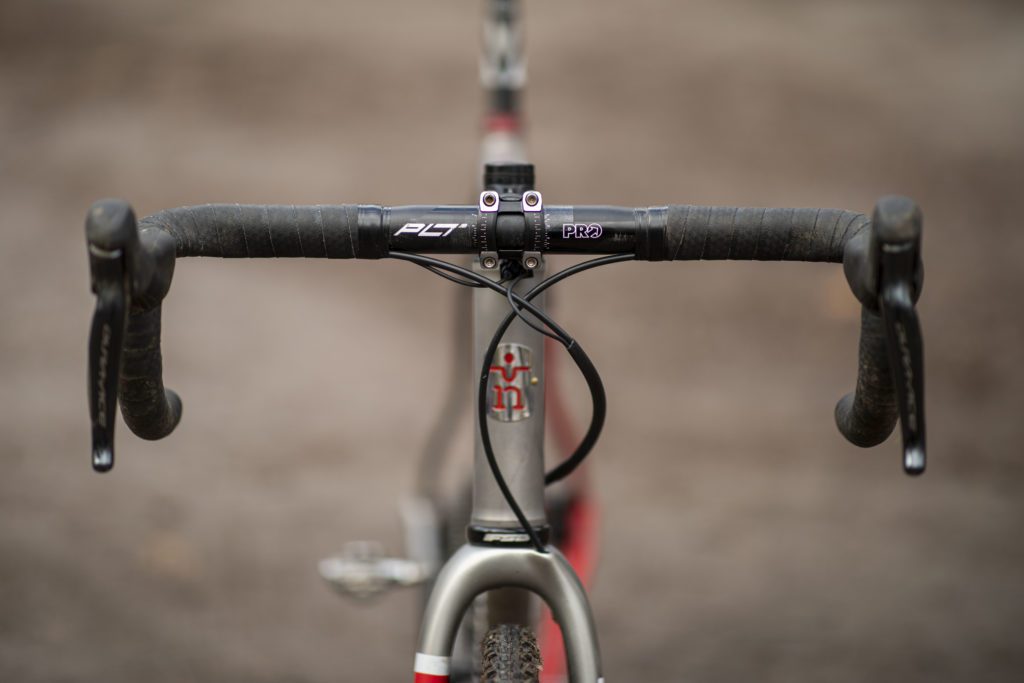 Tradition meets high-tech. With Di2 Shimano shifting and hydraulic brakes, there's not a wire to be found. Photo: Nick Iwanyshyn. 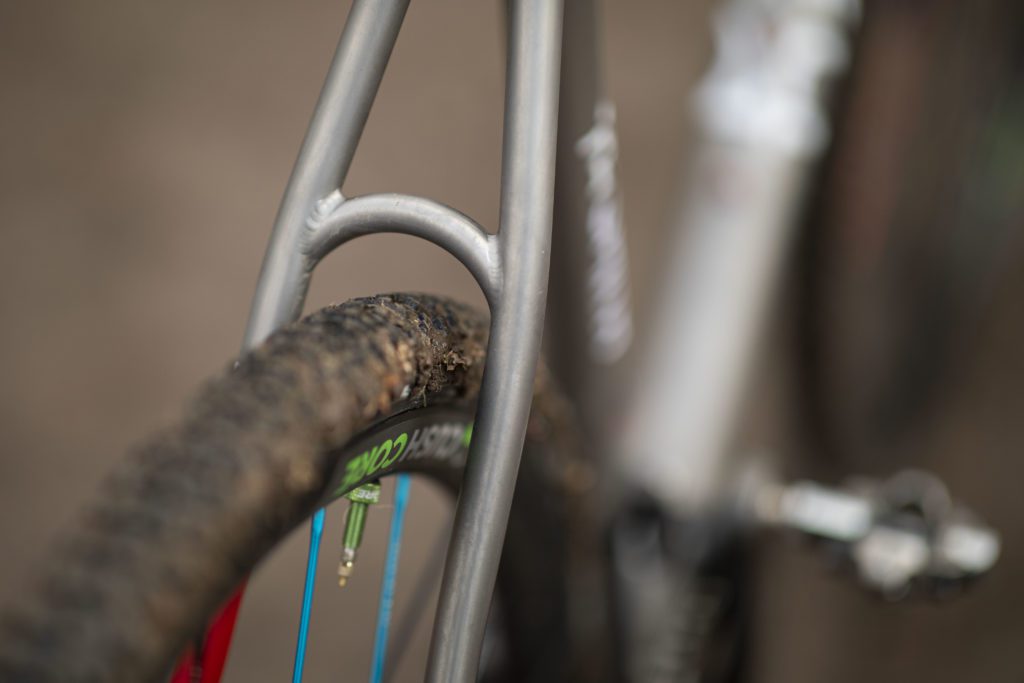 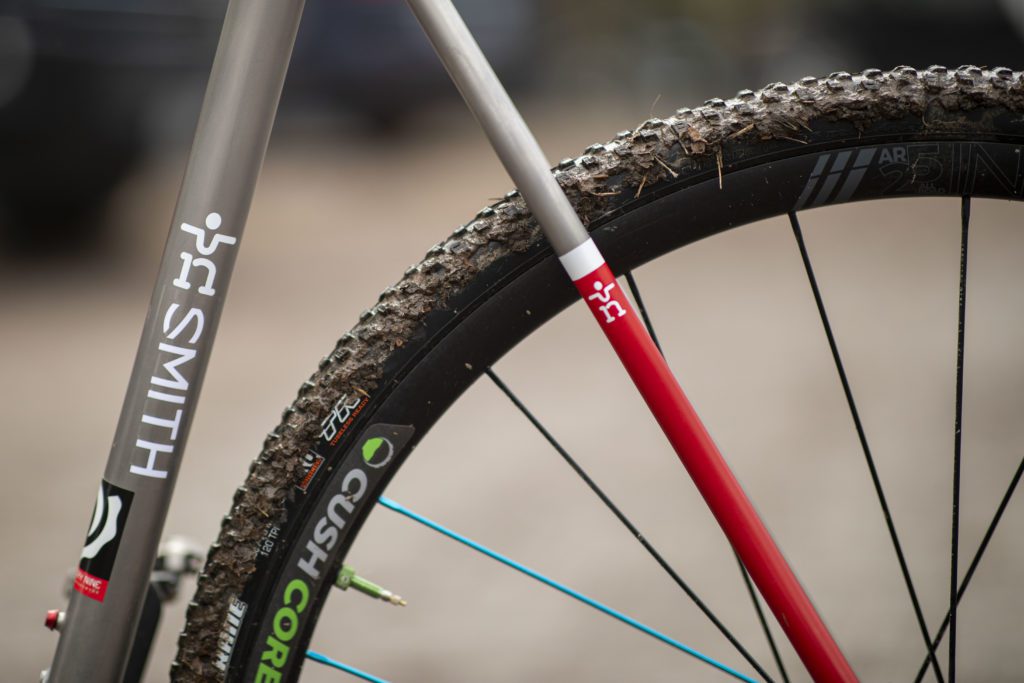 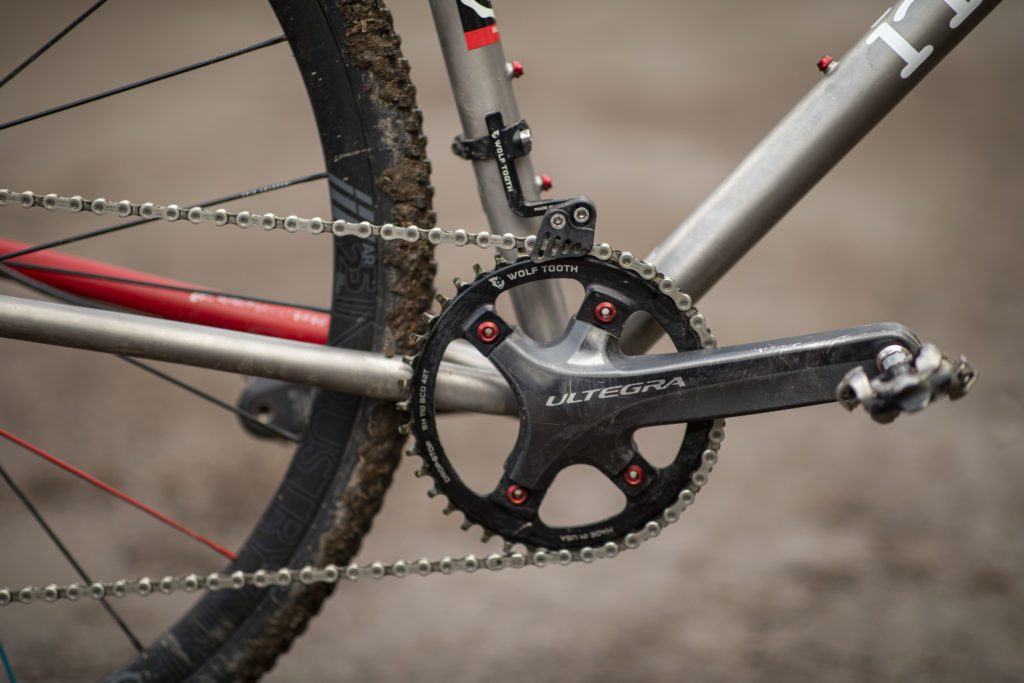 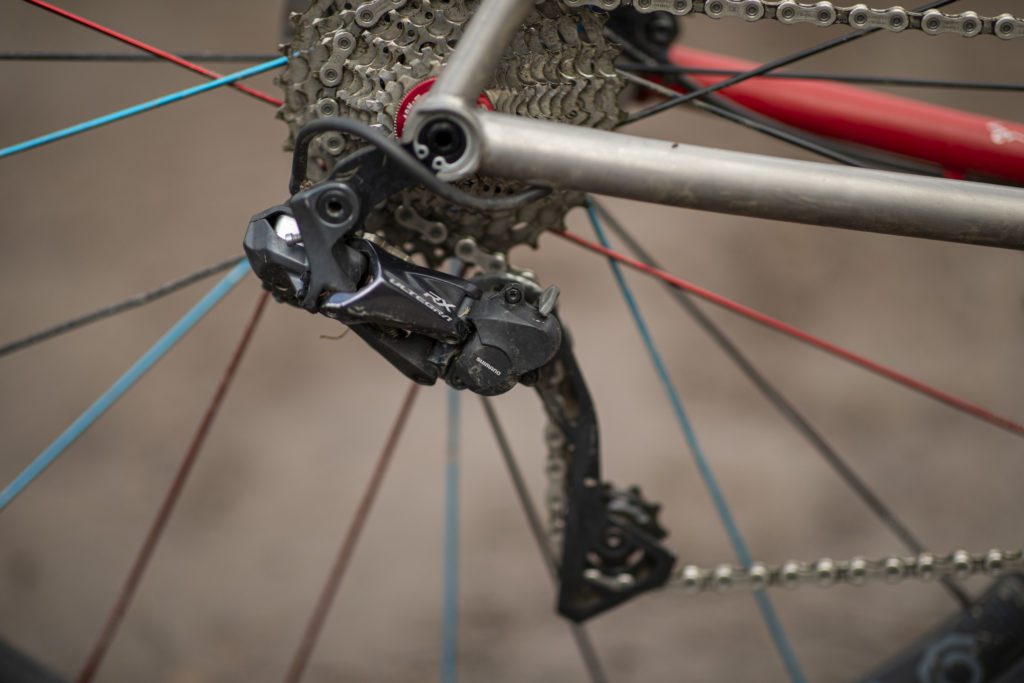 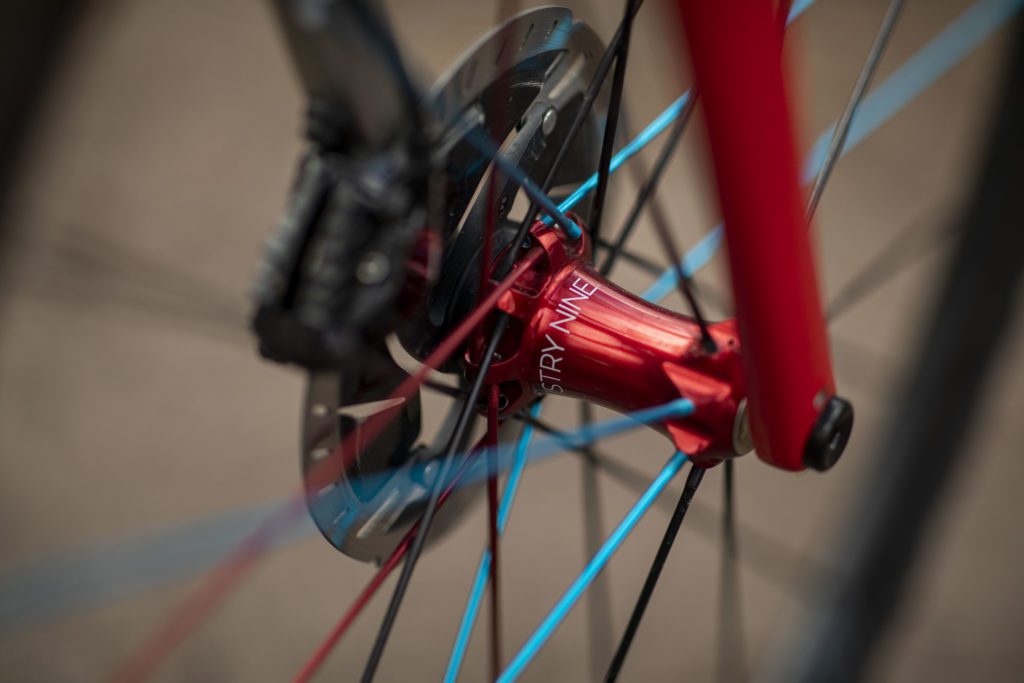 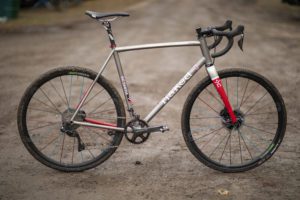 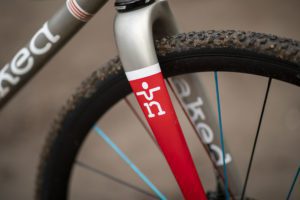 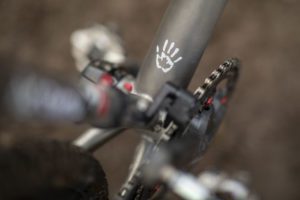 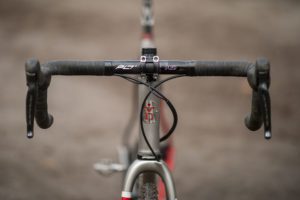 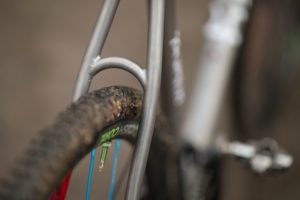 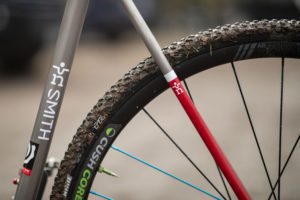 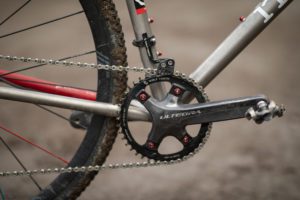 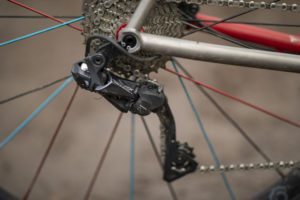 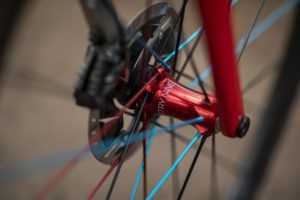 “The slightly longer wheelbase means less speed loss from bumps and more subtlety allowed in for/aft weight shifts. This, along with shorter stem allows the front end to be weighted more easily and less risk of the dreaded “jack-knife” or “endo.”

In mountain bikes, these changes would usually be accompanied by a fashionably slack head tube angle. Woods’ Naked stays somewhat conservative here, for now, for a couple reasons. “We barely slacked the head angle. It is important in the world of cross, where corners are relatively slow, to keep the head angle fairly traditional,” says Whittingham. “I would actually like to move much further in this direction, but it is also important that his two bikes feel very familiar to what he is already used to and also to each other. The changes, in this case, are subtle.”

As for the move from steel to titanium? It’s about more than just class. “In my mind, titanium is the absolute best material for cross, gravel and general hard working performance,” says Whittingham. “It is extremely tough, dent and corrosion resistant, easily customizable, very comfortable and is within 200-300 grams of most carbon frames, with a much longer life expectancy.” That laundry list of benefits has led Naked Bicycles to work almost exclusively in titanium lately.

If you missed Carter’s titanium Naked at cross nationals in Peterborough (it was moving very fast), keep an eye out for it this weekend when Woods takes on the under-23 men’s championship race on Sunday. Snow is flying in Midland, Ont. at the moment. While Woods is from bucolic Vancouver Island, he does have some experience with the fluffy white stuff. His home town, Cumberland, sits at the base of the island’s largest ski hill.