Cyclocross racing made a muddy debut at the Jordie Lunn Bike Park over the weekend. Cross on the Rock’s Broad Street Cycles GP is the first race to be held at the park, which includes Canada’s only year-round permanent cyclocross facility since it opened in early 2021. 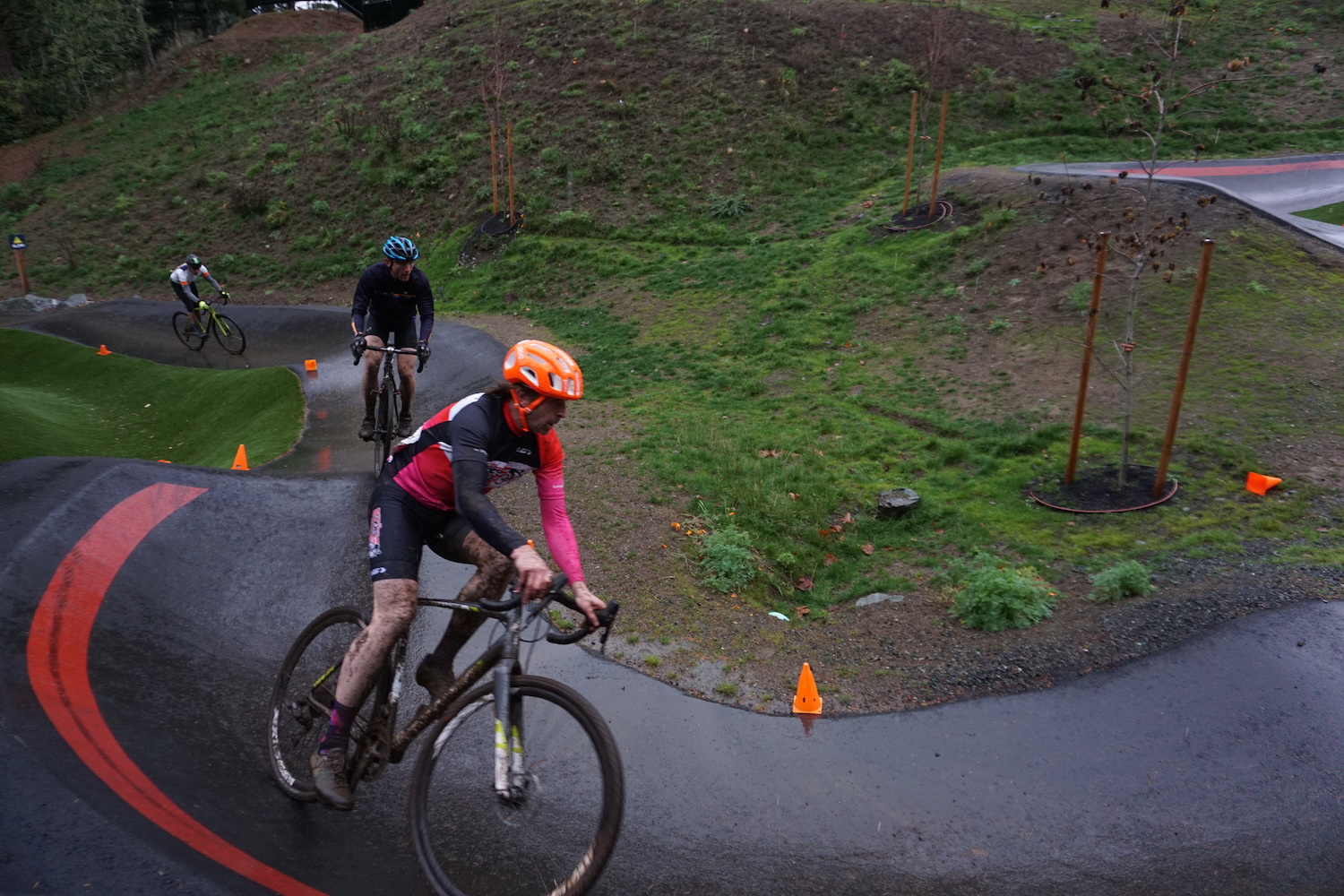 As you would guess from its namesake, the late-Canadian freerider Jordie Lunn, the park contains more than cyclocross trails. Cross on the Rock made use of a wide range of the park’s available terrain. The expected wide, fast sections were mixed in with technical singletrack corners, steep climbs and run-ups and a climb up the Velosolutions pump track’s “snake run.” With heavy overnight rain, racers were also treated to several deep sections of peanut butter-thick mud, deep puddles and slippery roots. 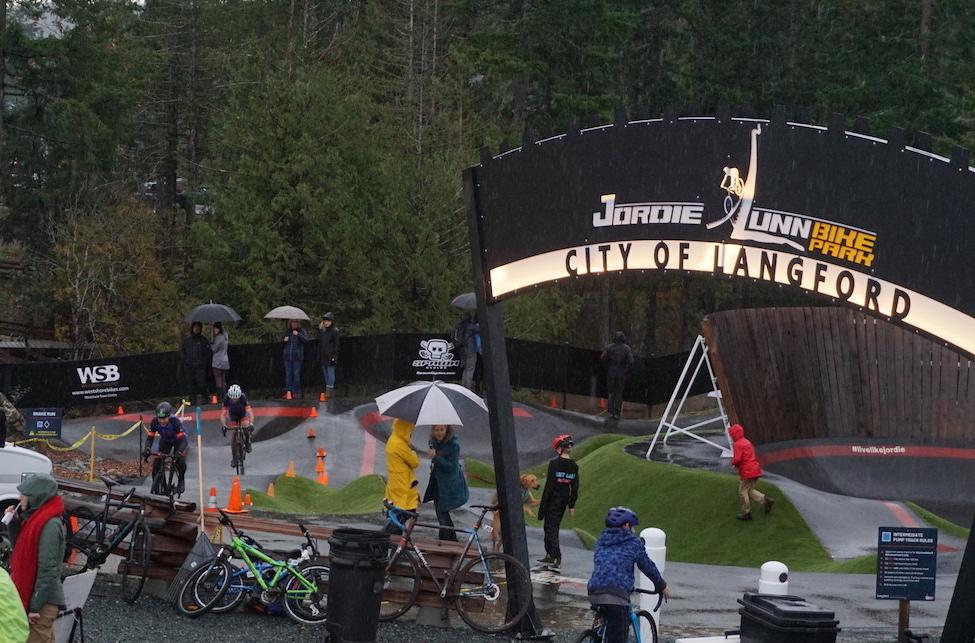 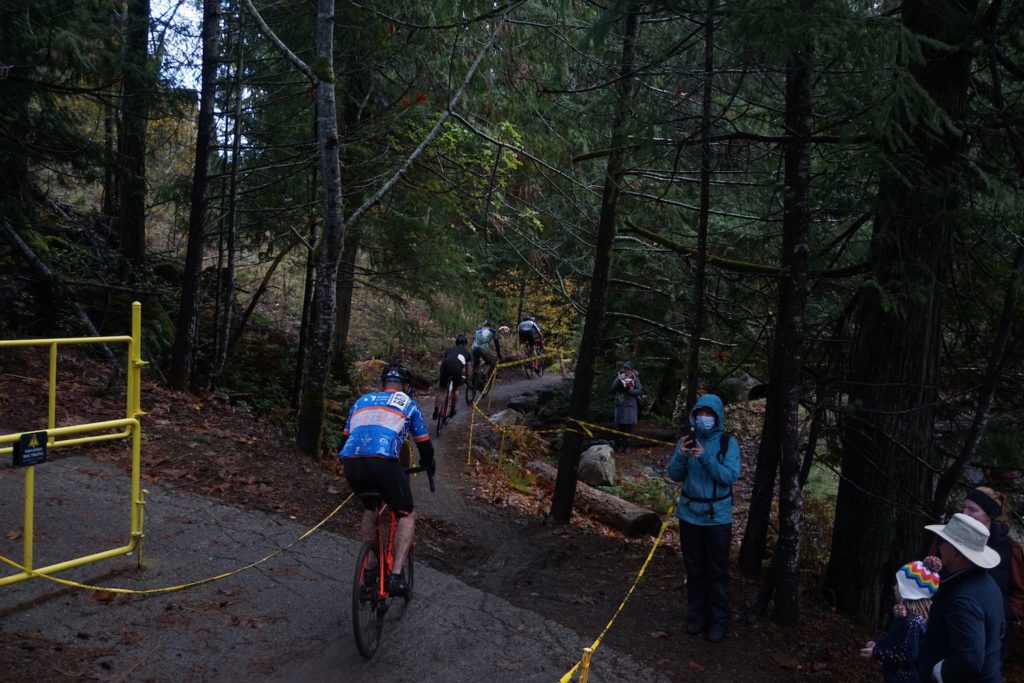 Dropping into a section of singletrack 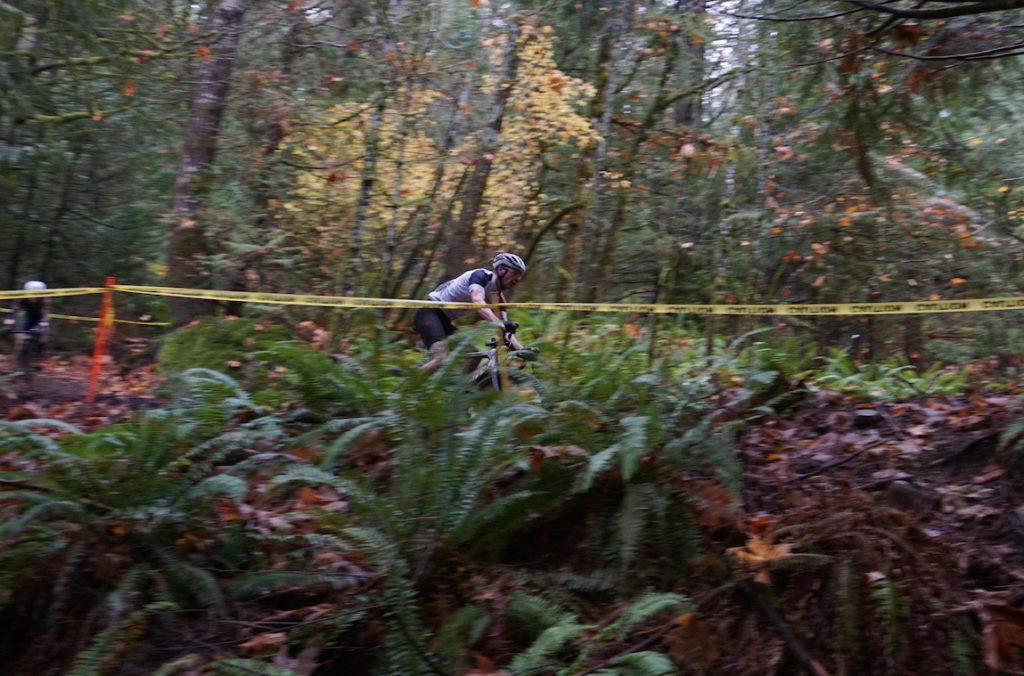 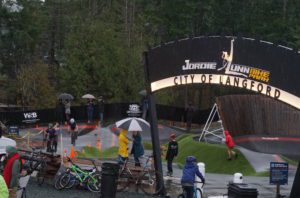 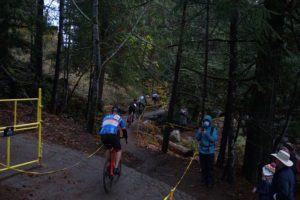 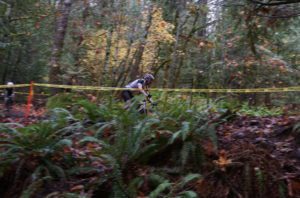 Jordie Lunn Bike Park is a community-focused venue named in tribute to the Canadian freerider that passed away in late 2019. It combines facilities for all ages and cycling abilities together in one place. This ranges from wide multi-use paths to beginner and intermediate-friendly singletrack to a two-level asphalt pump track and dirt jump lines ranging from beginner to a Darren Berrecloth-built pro line. It officially opened to the public in late May, 2021.

Cross on the Rock wraps up this Sunday, Nov. 14 at Beban Park in Nanaimo. Local riders will have a week off to recover. Then 2021 Canadian Cyclocross national championships brings three days of racing back to Langford at Bear Mountain.