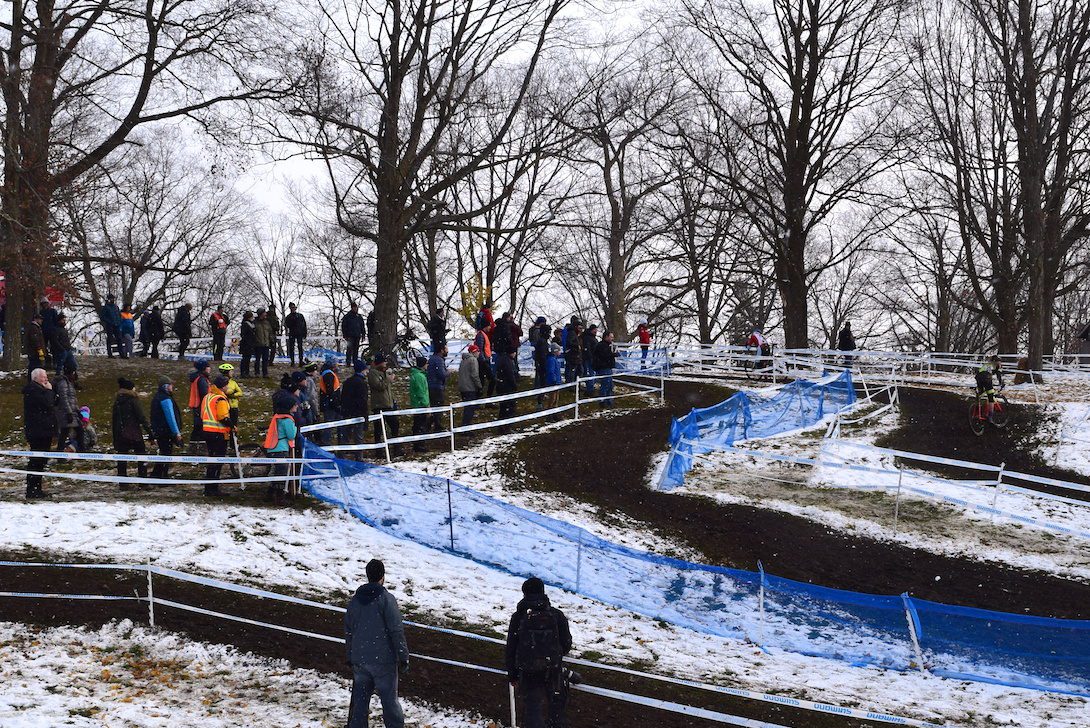 With two days of racing, several championship events and racers mixing from across the country, Canadian cyclocross championships weekend was alot to take in.

A tight schedule of racing meant there was a steady stream of impressive performances from Canada’s top cross country racers. Here’s six performances that stood out over the weekend in Peterborough. 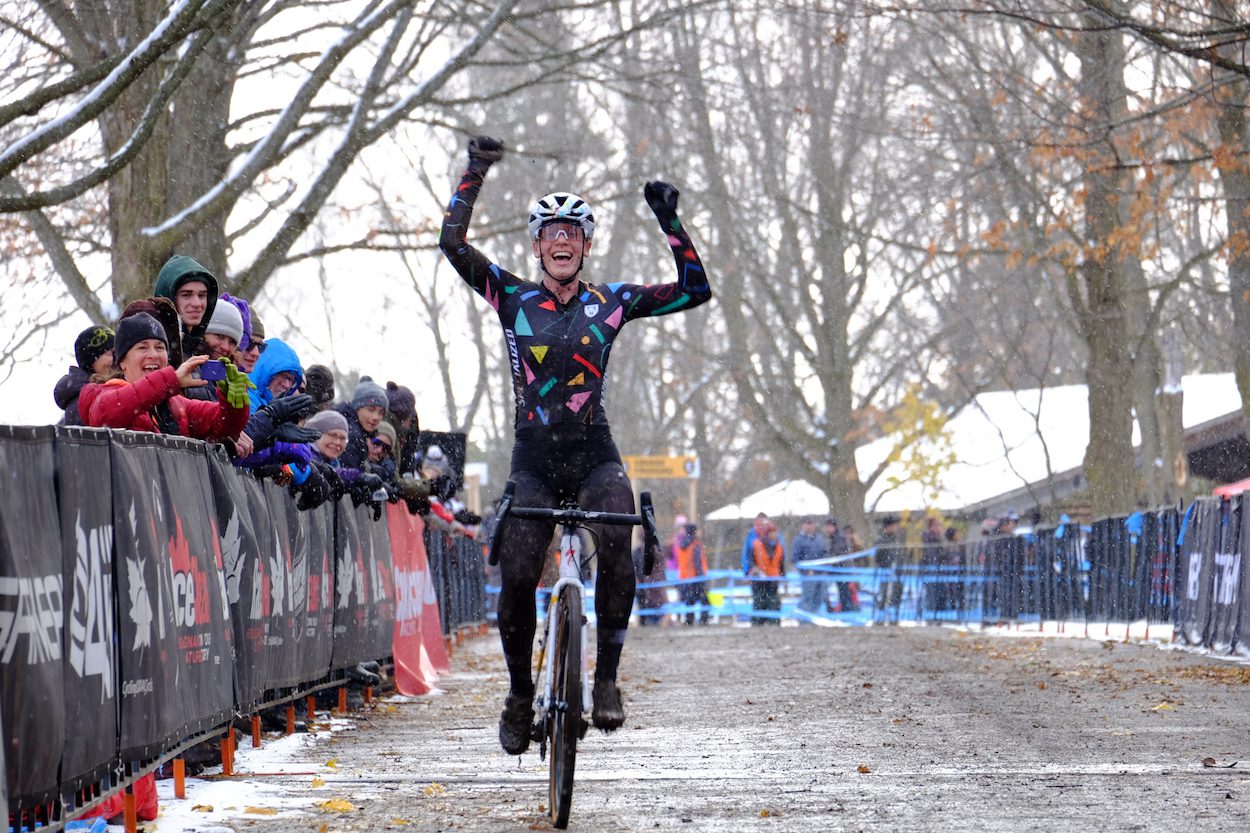 Ruby West didn’t just defend her under 23 national champion title in Saturday’s championship race. Starting a minute behind the elite field, West caught and passed all but the top four women during the 45 minute race. She still had enough left over after bringing the maple leaf jersey back home to line up with the elite women on Sunday. If West went fast on Saturday, she went faster against the elite women’s C2 field on Sunday. The Specialized-Tenspeed Hero racer led from the first lap to the finish line. 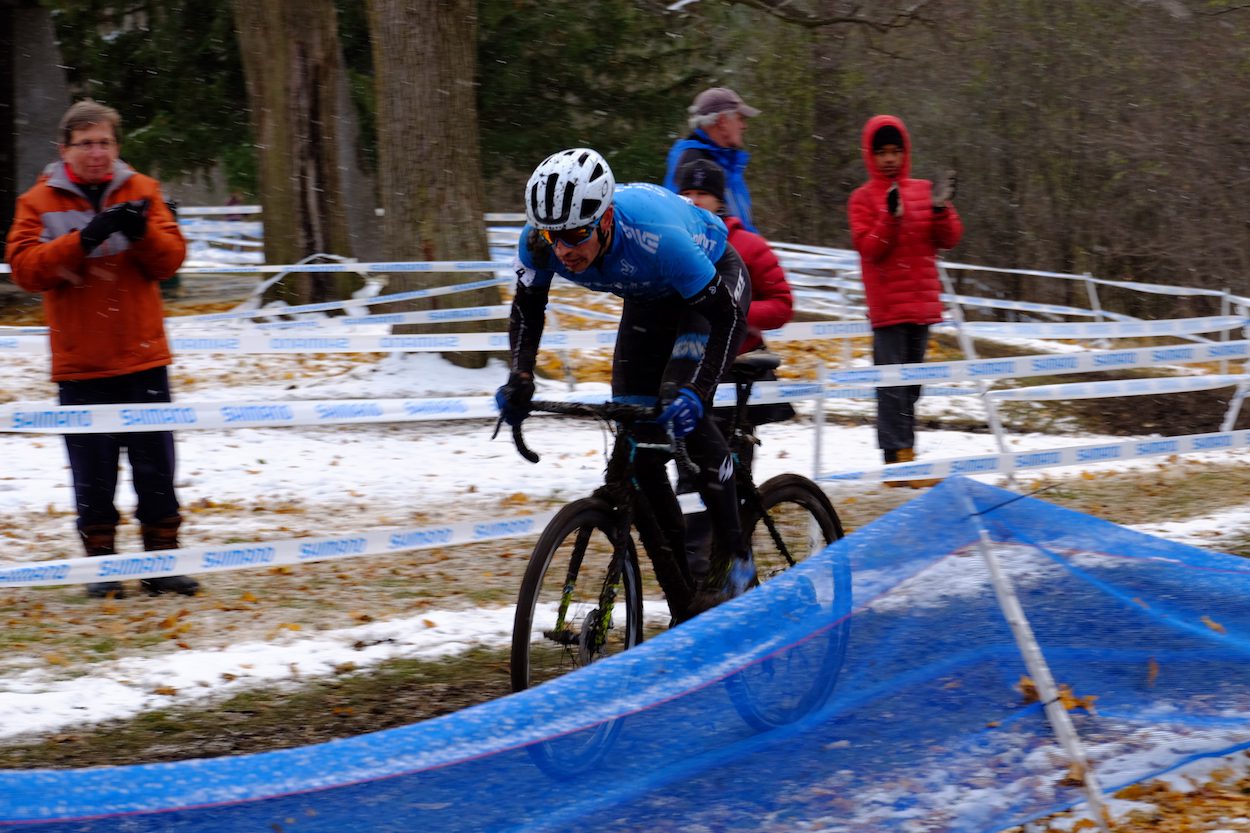 Pivot Cycles-OTE’s Marc André showed signs of what might be coming in Peterborough when he raced to 7th at the Silver Goose Pan American championships. One week later, he rode a savvy and steady race to overtake prior national champions in XC and CX and take third in Saturday’s elite men’s championship race. Proof of how well he raced on Saturday showed in spades on Sunday. Fortier was the only rider with the legs to hang with a flying Gunnar Holmgren, taking second in the Lift Lock Cross C2 event. 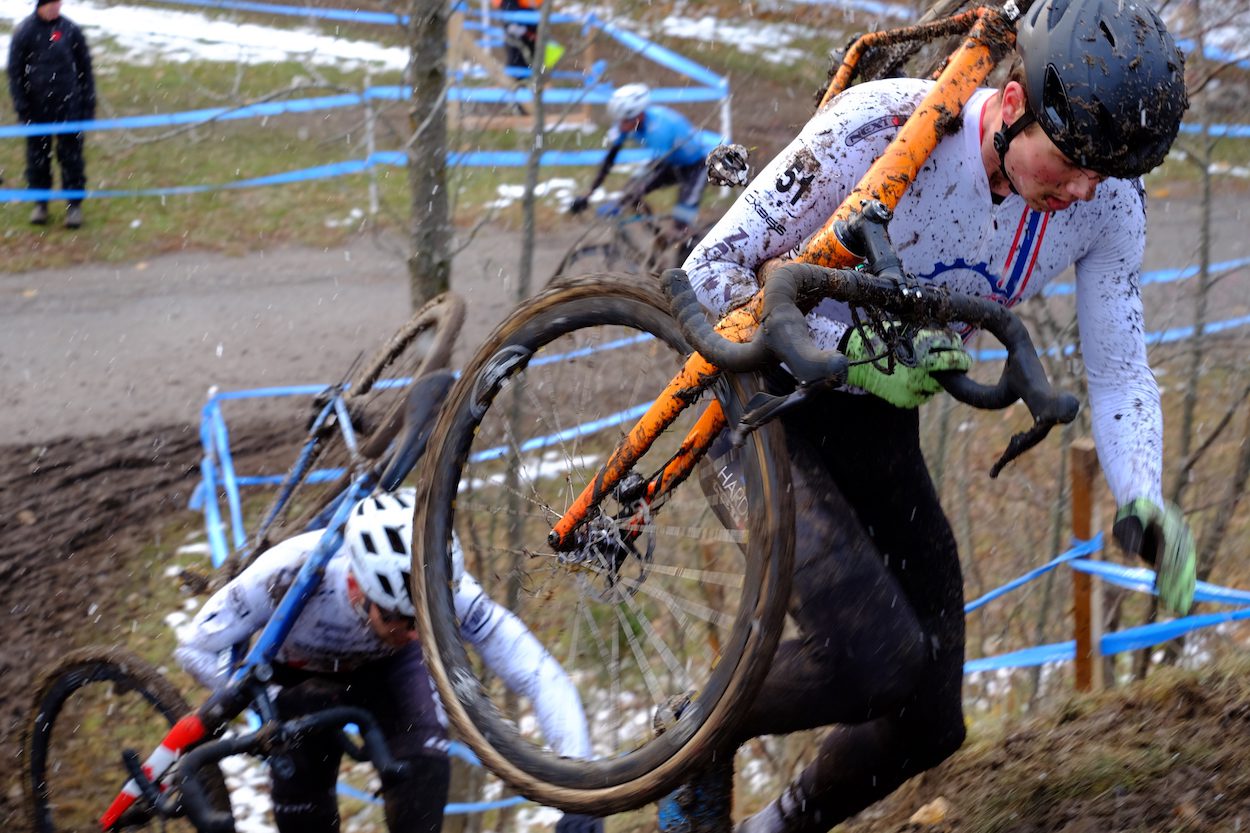 Speaking of Gunnar Holmgren, the Ontario rider put on quite the show for an appreciative home crowd over the weekend. After a frustrating weekend in Midland, Ont, where his Pan Am ambitions were interrupted by an early crash (Holmgren still fought back to finish fourth), the under 23 rider was able to refocus and put down two dominant performances in Peterborough. In Saturday’s championship race, he battled through early laps with Raphael Auclair (Pivot Cycles-OTE) before soloing away to the national title. He had enough left after that race to ride away from the elite field in Sunday’s Lift Lock Cross C2 event, including two-time champion Michael van den Ham. 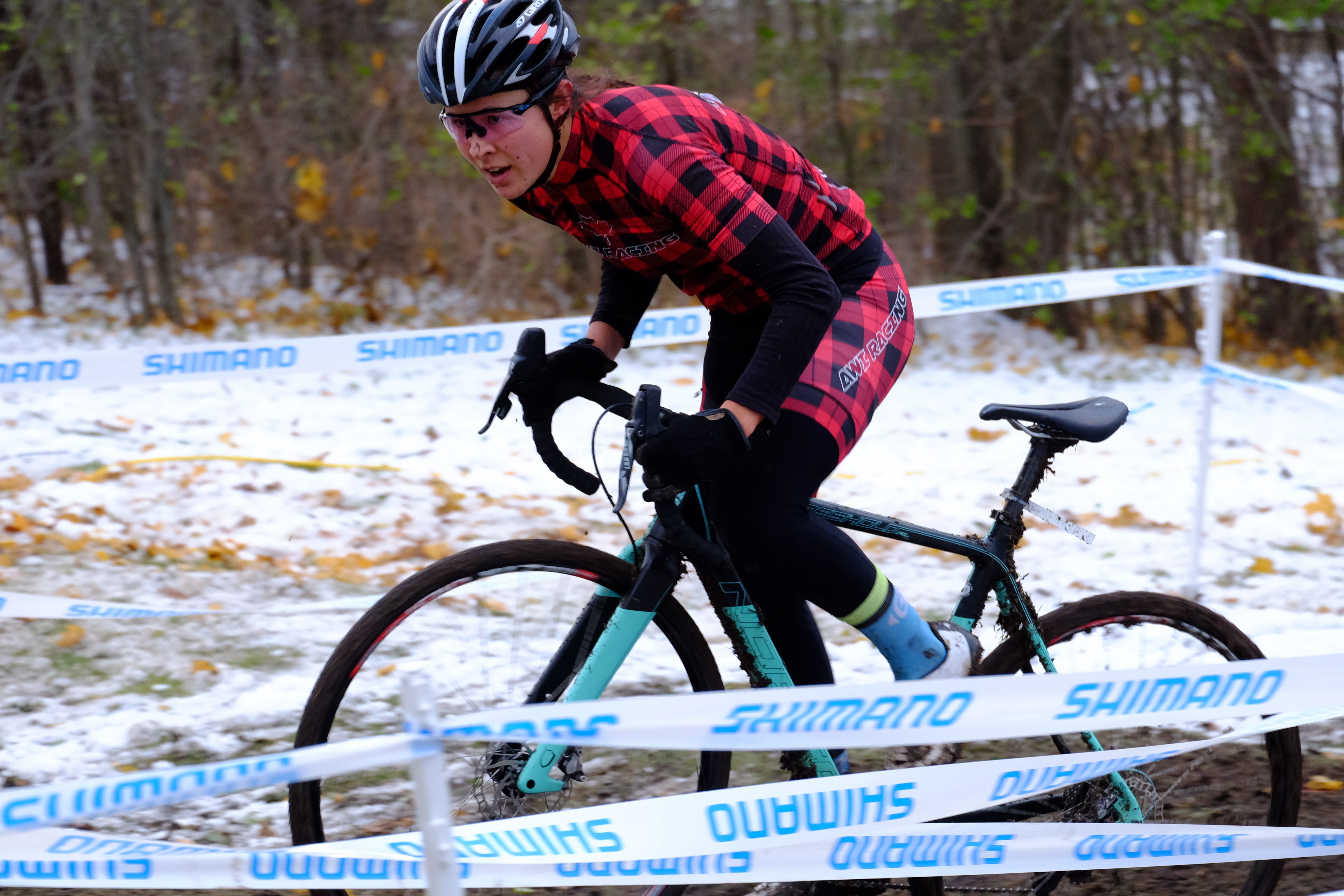 Jenn Jackson has only made the switch to cycling from a successful cross-country ski career recently, but she’s quickly made a big impression. She may be more familiar to mountain bikers than the drop bar crowd, Jackson has a under 23 XCO championship to her name from 2017, but she also has a Paris-to-Ancaster win this year. Jackson has been at the top of O-Cup CX podiums all fall, and was fifth at the star-studded Silver Goose behind Maghalie Rochette, Ellen Noble, Katie Keough and Courtney McFadden. At Nationals, the AWI Racing rider went toe-to-toe with two experienced campaigners. On Saturday, she claimed second ahead of Liv Cycling’s Sandra Walter. The following day, Jackson pushed Catharine Pendrel all the way to the bell lap. Jackson couldn’t hold the Olympian’s wheel in the end, but she was still within sight at the finish line to claim third. 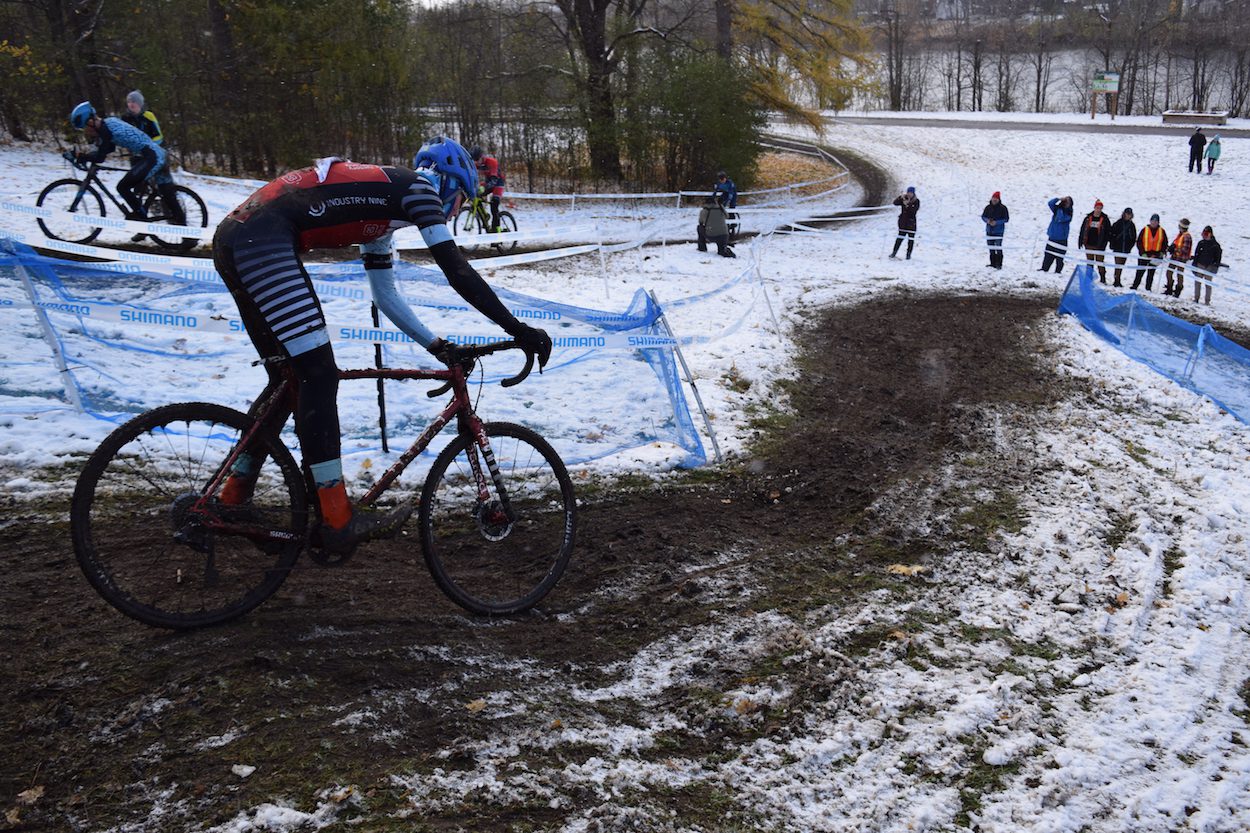 Woods is no secret to those he’s been beating at cross races weekly on the West Coast, or to the mountain bike crowd, where he finished no worse than second at Jr. Canada Cup XCO’s all year. Still, he surprised many when he rode from a back row call up to 3rd at the Silver Goose Pan Am champs on his steel Naked bike. He looked strong enough on course that fellow B.C. rider and Pan-Am runner up issued a challenge to the junior to race upcoming B.C. provincials in the elite category.

Woods was on the front row on the start line of the junior race in Peterborough and only moved forward from there. He won Saturday’s championship race on his own, winning by over a minute and a half. He was out front again Sunday, sacrificing his lead briefly to fellow B.C. rider Conor Martin (TAG Cycling) before attacking to finish alone on the front for a second straight day. 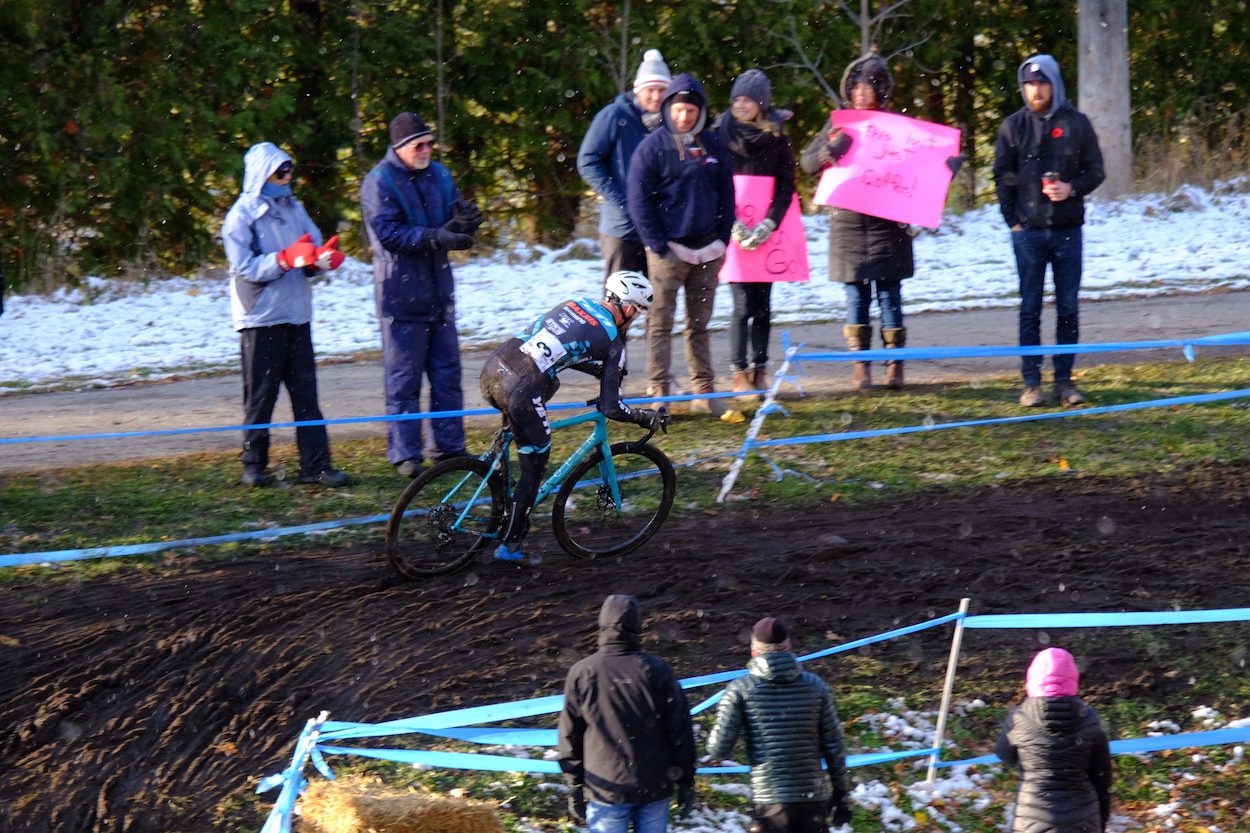 Kabush has been on the podium at Canadian cyclocross championships every year since 2012. With two wins in that stretch, it would be impossible to say seeing the Yeti-Maxxis rider fighting for the win Saturday was a surprising turn of events. The snow covered, mud saturated course was constantly changing and required not just a deep skill set, but experience adapting to evolving conditions. With decades of experience and undeniable technical skills, the race suited him.

Kabush pushed eventual winner and cyclocross specialist Michael van den Ham (Easton-Garneau) for much of the race, before a flat front tire left the veteran chasing. It must have been quite the slug-fest between the tape, as both riders looked to be showing the effects of the effort still on Sunday. On a weekend so dominated by newer faces, Kabush’s ability to push the upcoming generation of racers remains impressive. 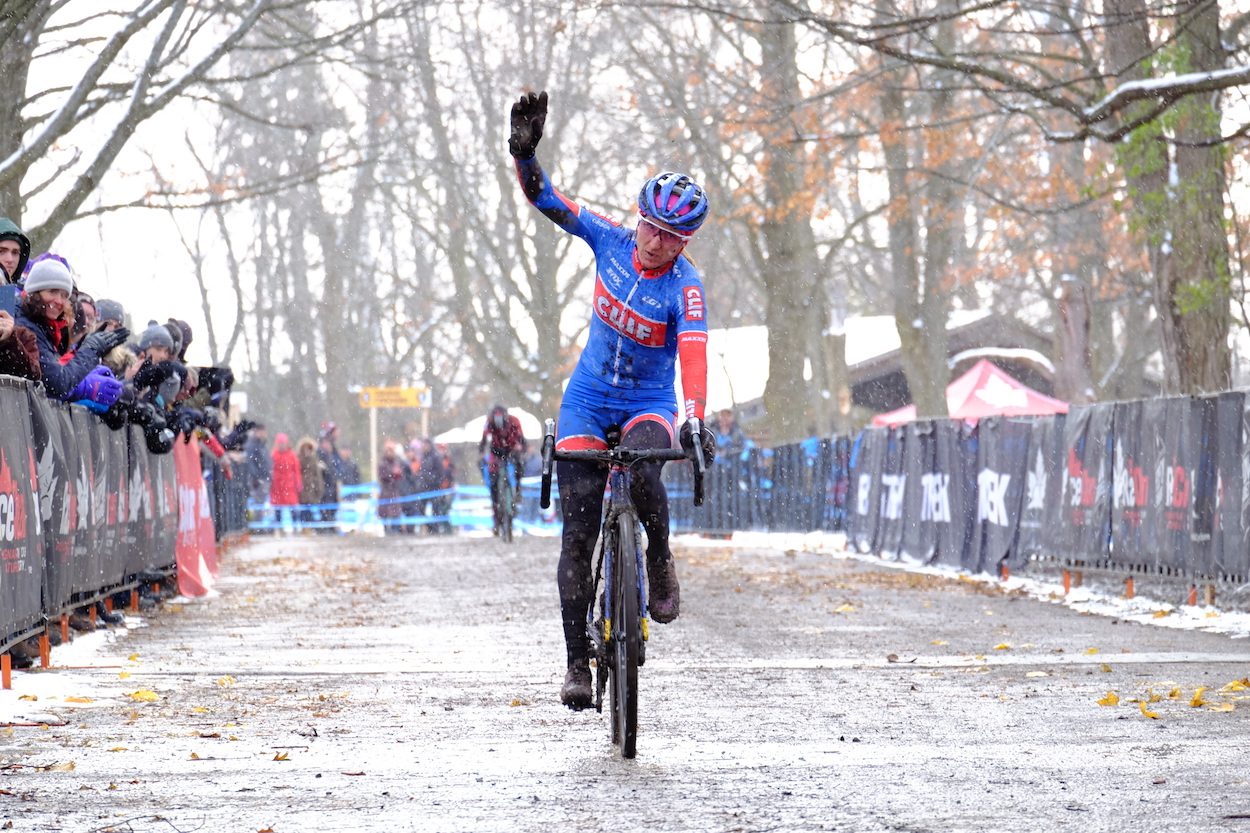 Saturday’s elite women’s event was the first time in four years Catharine Pendrel has contested Canadian cyclocross championships. With very limited time racing ‘cross this fall, the Olympian looked more at home every minute she was on course, quickly moving back to the front of the race. The Clif Pro racer finished fourth Saturday, then moved up to second on Sunday.