As an “atmospheric river” washed over B.C., Cross on the Rock racers fought record-breaking rain and deep mud at the Vancouver Island cyclocross season finale.

The race, held at Nanaimo’s Beban Park, was the final round of a six-race return to racing on Canada’s west coast. It was also one last chance for Island racers to tune up their skills before Canadian cyclocross national championships. 2021 nationals make their way west to Langford, on southern Vancouver Island, on November 27. 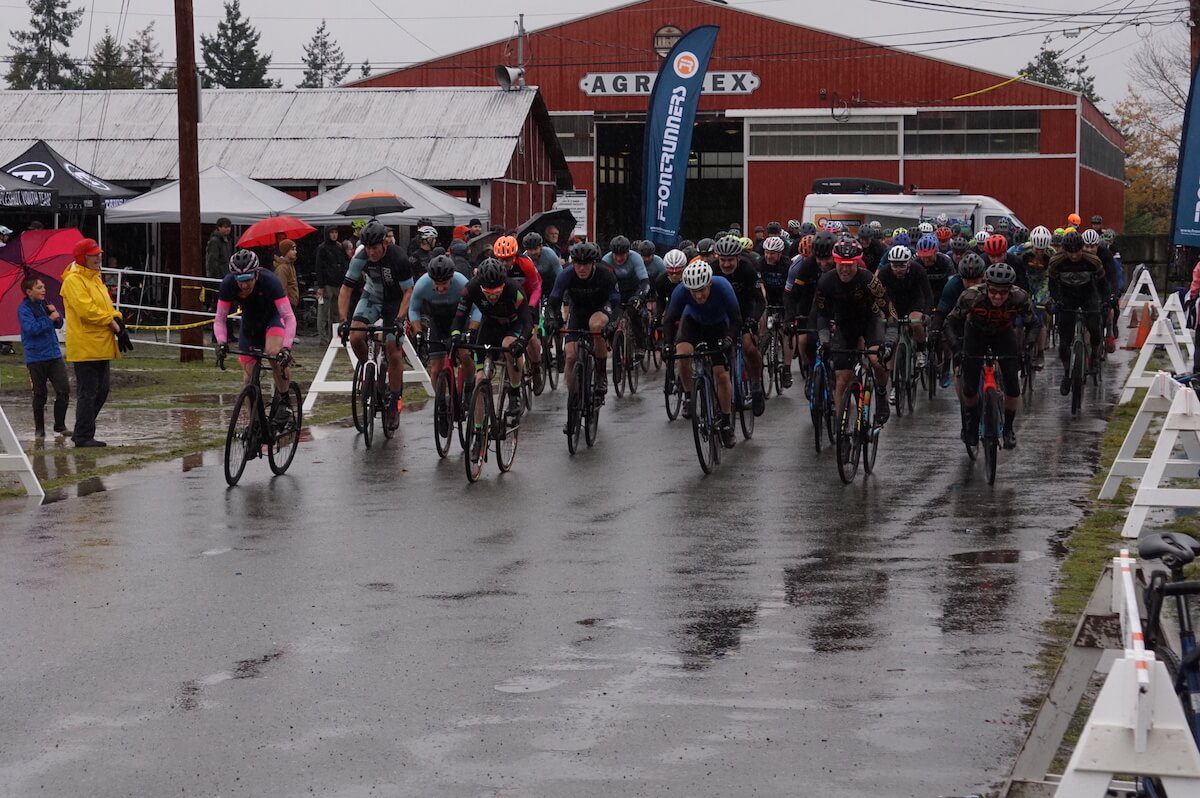 The rain was heavy but spirits were high. With double-points for the COTR final and series titles on the line, riders drove through calf-deep water that had submerged much of the course overnight. Rain continued to fall steadily throughout the day, hitting the masters men’s category especially hard. Relentless precipitation and the tires of 280 racers made for a steadily changing course. New lines formed throughout the day in some places. In other sections running soon became the faster, or only, option.

Gillian Carleton (Broad Street Cycles) powered away from Holly Henry (Instafund) on the final lap of the women’s race, giving the track Olympic medallist the win in a long, 56-minute slog. 15-year-old Sarah Roberts held on to the final podium spot in third, securing her overall win for the season. 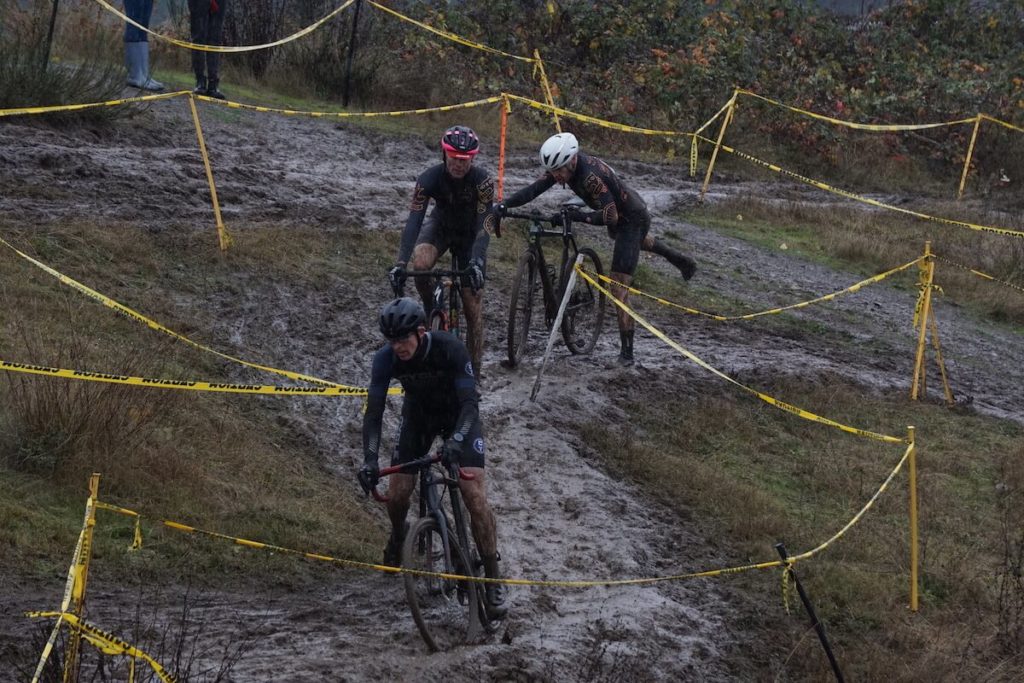 A tricky off cambre section became treacherous in the rain 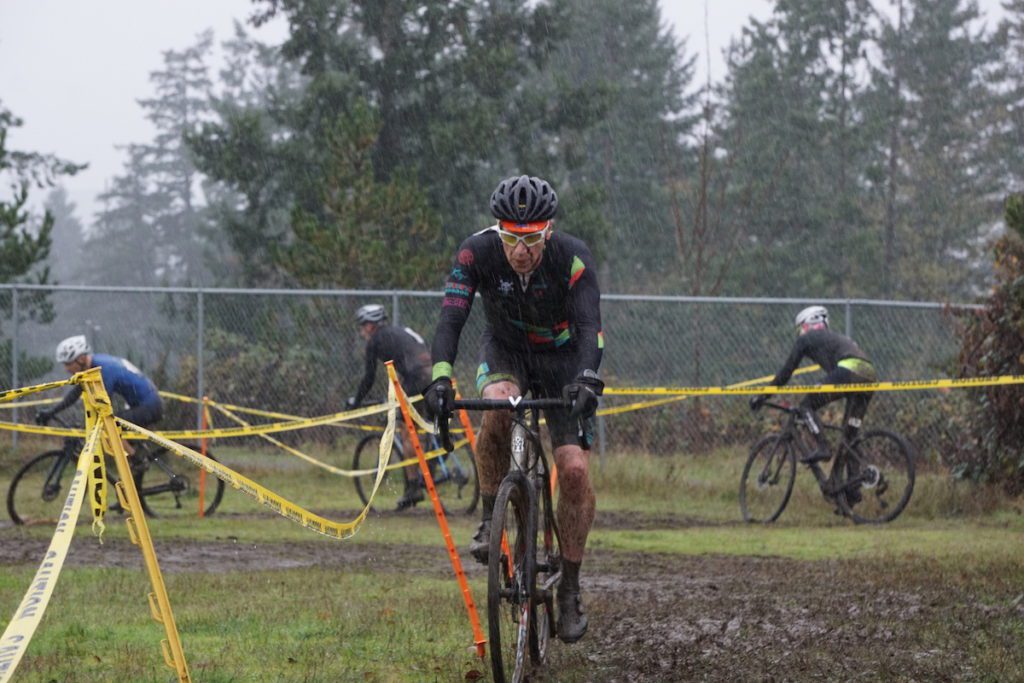 Norm Thibault, one of the driving forces behind Cross on the Rock, in the lead early in the master's men's race 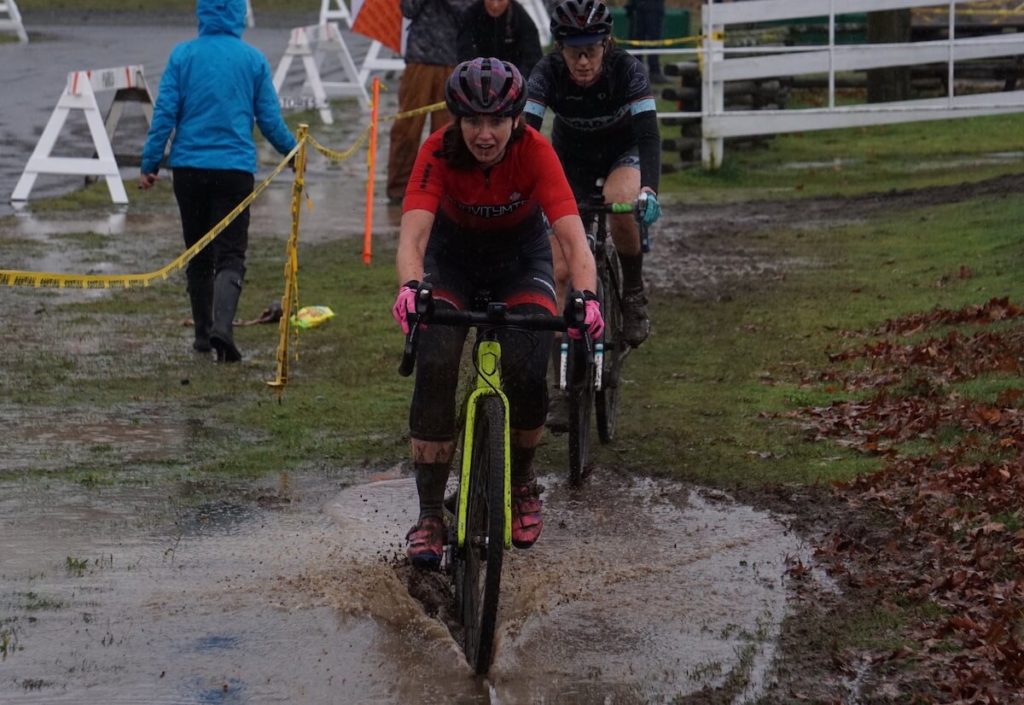 Some puddles got deeper as the day went on 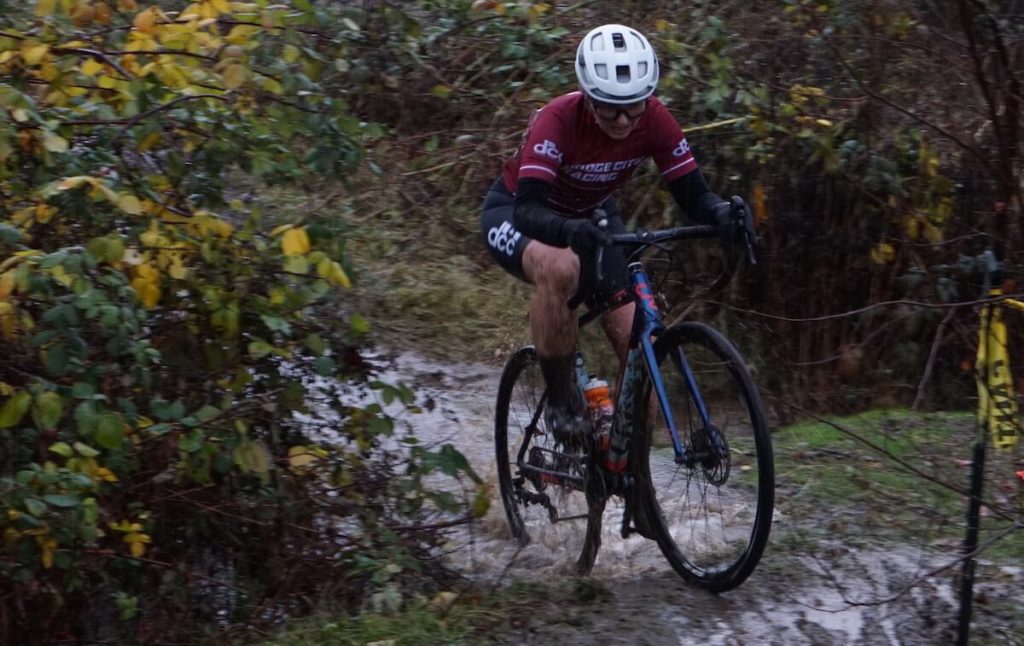 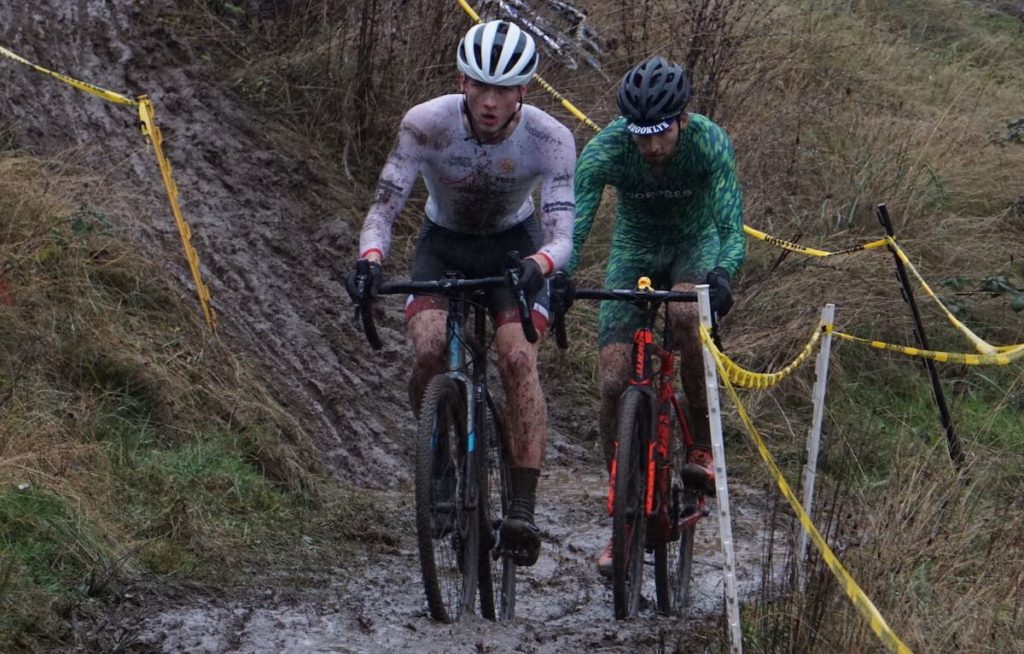 Everyone raced under hard conditions, and there were plenty of battles on course to keep riders motivated 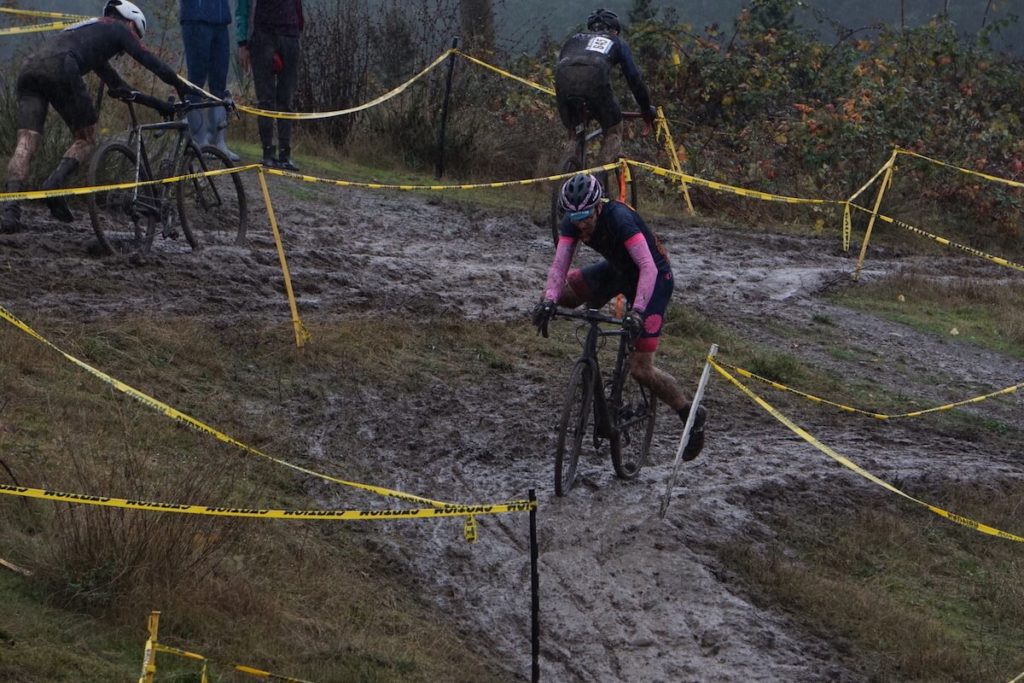 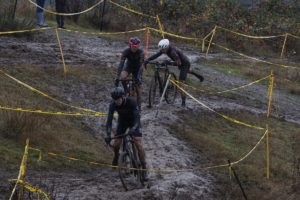 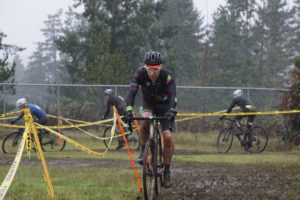 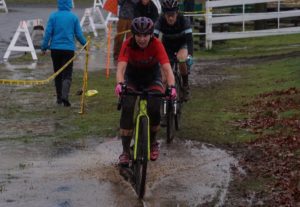 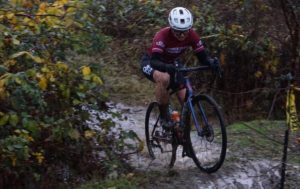 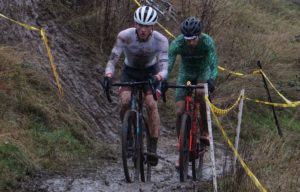 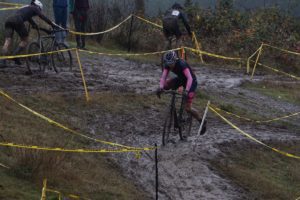 In the men’s race, Ethan Pauly escaped from TaG racing teammate Evan Russell on the first of five laps. Pauly continued to extend that lead for the next two laps, holding on to a 1:12 advantage by the finish line. Russell fought off a late charge from Logan Sadesky (RMCC) and Kieran Nilsen (Comox) to take second by 12 seconds. Sadesky rounded out the podium in third. Russell reversed that finish for the overall, though, taking the expert men’s season title ahead of Raphael Lalumiere (Broad Street Cycles) and Pauly.

After awards, riders headed towards home, tired and happy to be out of the persistent rain. Cross on the Rock season finished just on time as, one day later, several sections of Vancouver Island’s main highway were closed due to flooding from the rain.

Full Beban Park race results and 2021 Cross on the Rock season results are up now at crossontherock.com