In an unexpected turn of events, the UCI has named Fayetteville, Arkansas the host city for 2022 cyclocross world championships.

The announcement that crosses highest level of competition would be coming back to North America was part of a raft of decisions announced by the Union Cycliste Internationale (UCI) Management Committee after a meeting in Middelfart, Denmark on Friday ahead of 2019 world championships in Bogense, Den. 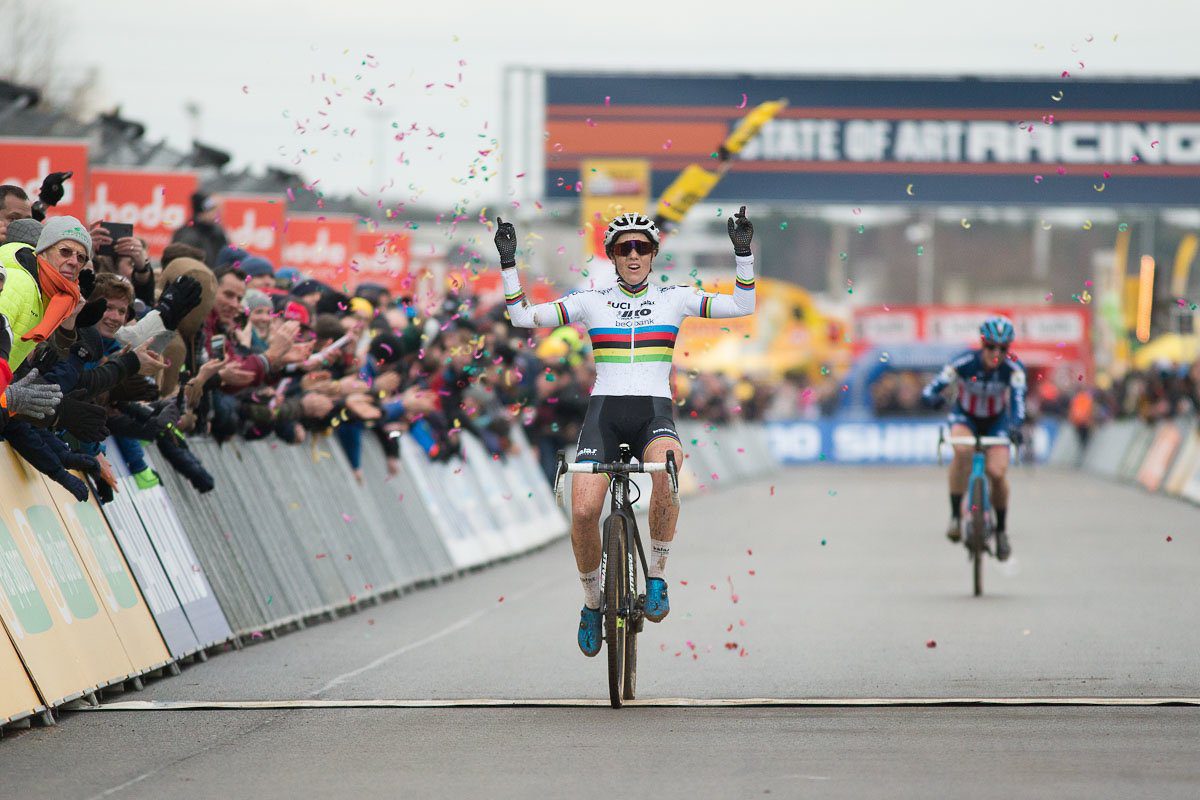 For the 2019-2020 season, National Federations will have the option to add a junior women’s category to the national championships schedule, with athletes to receive the same number of UCI points as the men’s junior race.

The following year, women’s elite World Cup races will be lengthened to last 50 minutes. The continued inclusion of under-23 women in the elite women’s race appears to be the reason the UCI has chosen to match the race duration to the under-23 men’s race instead of striving for equality with the 60 minute men’s race. As of the 2020-2021 season, UCI International Calendar and Continental Championships will be allowed to add women’s junior events.

In 2021-2022, the same season that will conclude with Fayetteville world championships, all UCI International Calendar and national championships events must include a women’s junior race. The longer, 50 minute race duration will expand from World Cup’s to all women’s elite and under-23 racing.

The changes to include women’s junior racing categories and extend the duration of elite and under-23 women’s racing build on changes announced earlier that are still scheduled to take effect. It was previously announced that junior women would be included as a world championship category at the 2020 world championships.

Sticking with women’s racing, the position of UCI Women’s WorldTour Technical Adviser was created by the Management Committee. Intended to improve the safetyand quality of racing at the UCI Women’s WorldTour road racing events, the Technical Adviser will work with organizers and the President of the Commissaires’ Panel to asses technical aspects of racing, including courses and infrastructure.

Fayetteville, Arkansas was awarded the 2022 UCI cyclocross world championships, marking the first time world championships will return to North America since 2013, when Louisville, Kentucky hosted the event. While not currently known as a hotbed of cyclocross racing, cycling of all disciplines has been growing in the area. This growth has been boosted in part by the Walton Family Foundation and the Walton family, heirs of the WalMart fortune, who have invested in cycling in the region. Recently, the Walton brothers purchased a controlling interest in Rapha as well as the American manufacturer Allied Cycle Works.

Additionally, Hoogerheide, the Netherlands has been announced as the host city for the championships event for 2023. The two cities will follow Dübendorf, Switzerland in 2020 and Ostend, Belgium in 2021.

2013 worlds in Louisville were the first time the event was held outside Europe. Belgium’s cyclocross powerhouse Sven Nys, who has since retired from racing, won the elite men’s race. Marianne Vos beat American Katie Compton in front of a home crowd at Eva Bandman Park to take the title in the women’s elite race. Both of cyclocross’s current male stars were on the podium in Kentucky in the age group categories as well. Matheiu van der Poel won the junior men’s race, while Wout van Aert was third in the under-23 men’s race the Netherlands’ Mike Teunissen and Belgium’s Wieste Bosmans.

The 2019-202 cyclocross World Cup calendar was confirmed at the meeting. There will once again be two early season World Cup stops Stateside. Iowa City, Iowa will host the season opener on September 14 with round #2 going to Waterloo, Wisc. on September 22.

The full Telenet UCI Cyclocross World Cuo Calendar will be:

In addition to the major cyclocross announcements, the UCI Management Committee issued several other decisions.

There was further confirmation that Mont-Sainte-Anne, Que. will host the inaugural UCI e-mountain bike world championships, in conjunction with 2019 mountain bike world championships to be held at the Canadian venue in August 2019. More details of what exactly that event will look like have been released. E-mtb events will be held on Aug. 28. The event will be held on a 7.3km cross country course, with racing lasting between 90 and 105 minutes, similar to human-powered cross country races.

The previously announced new snow bike category also recieved further clarification. Three events will make up the UCI snow bike calendar in 2019, all in France: Châtel (7‐8 February), Vars-Hautes‐Alpes (14 March) and Isola 2000 (20‐21 April). The goal is for this to grow into an international World Cup series for the new discipline, with events expanding outside of Europe.