Reigning World Champion Sanne Cant returned to her winning ways at the Waterloo UCI cyclocross World Cup. After a rough start with a few small mistakes in the first lap, Cant asserted herself, methodically slicing through the field into the lead, leaving others to battle for minor podium placings. Cant’s implement of choice is this Dura Ace equipped Stevens Super Prestige. 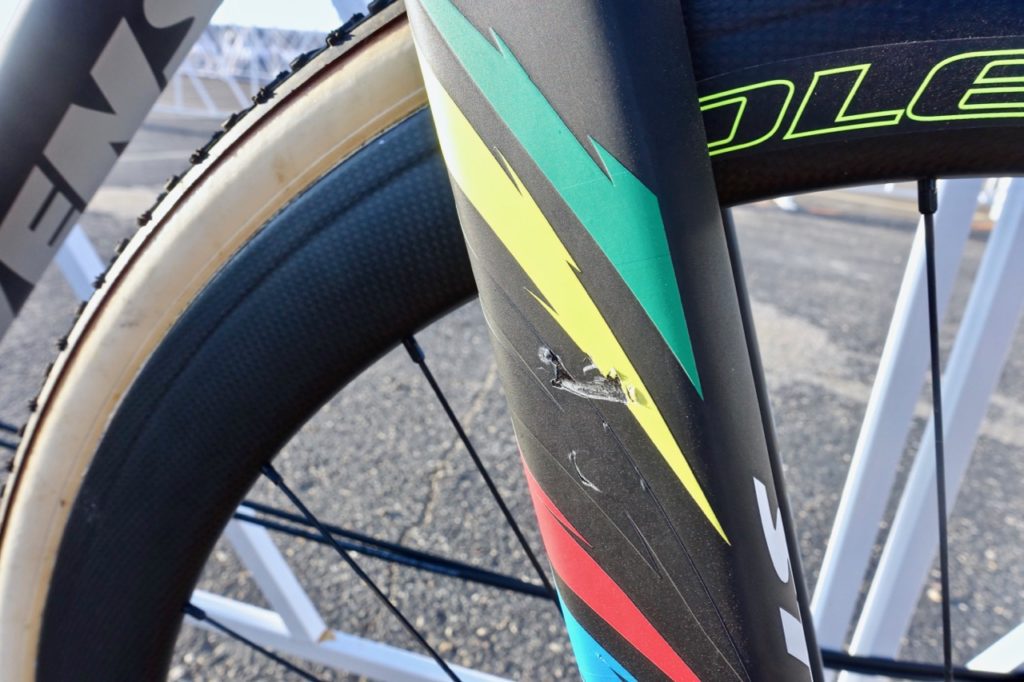 Signs of hard use. 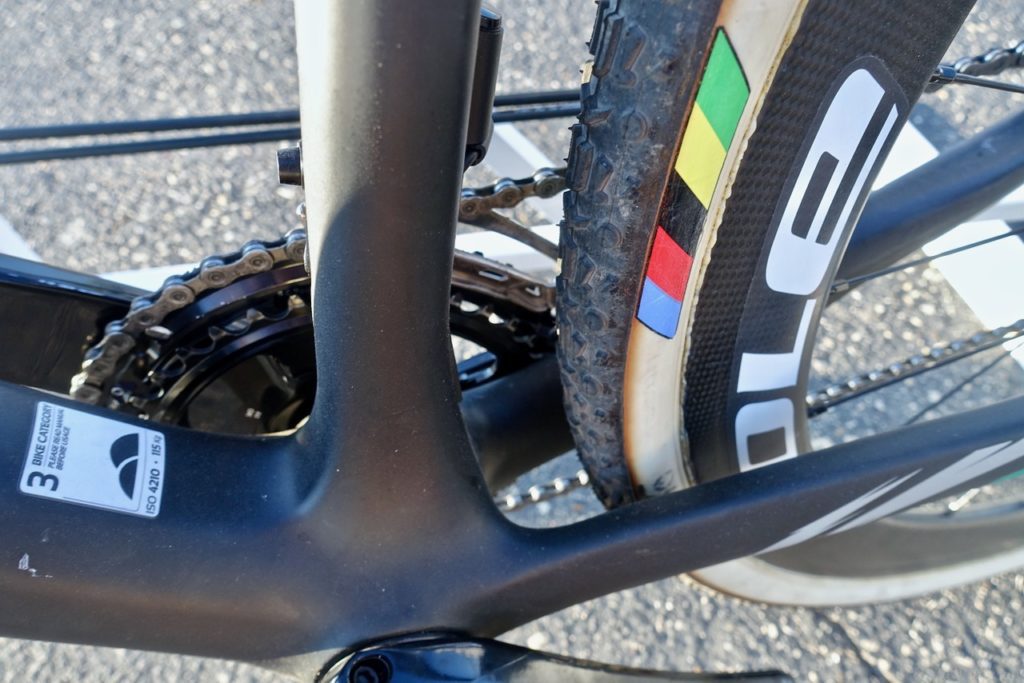 Rainbow stripes on the tires too. 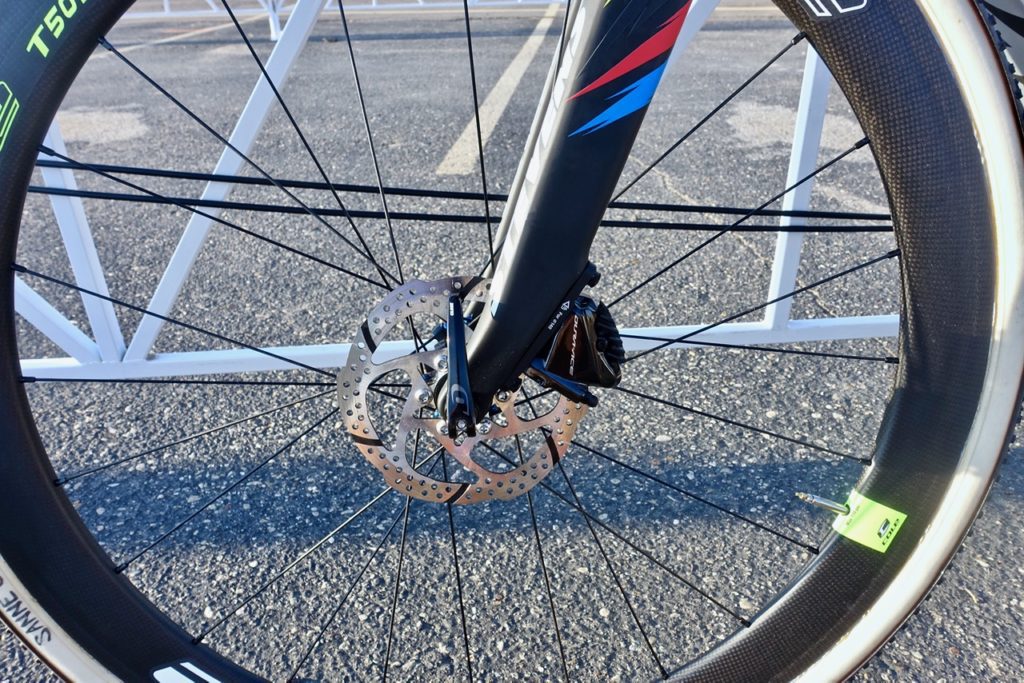 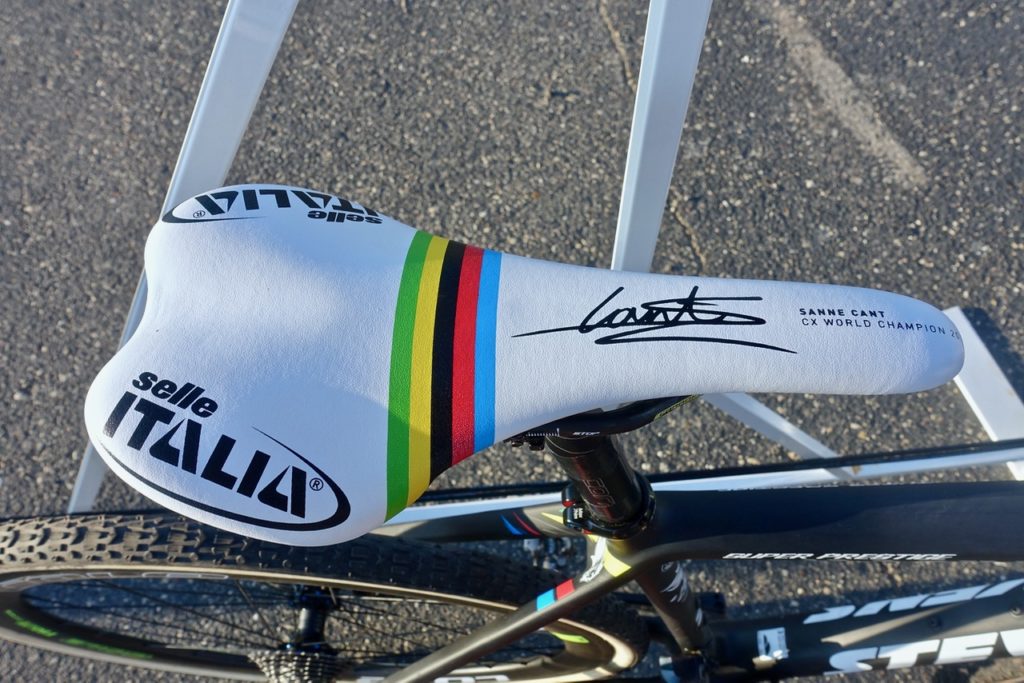 Custom Selle Italia SLR with world champion rainbow stripes and Cant's signature, in case it was not clear from the frame, whose bike this is. 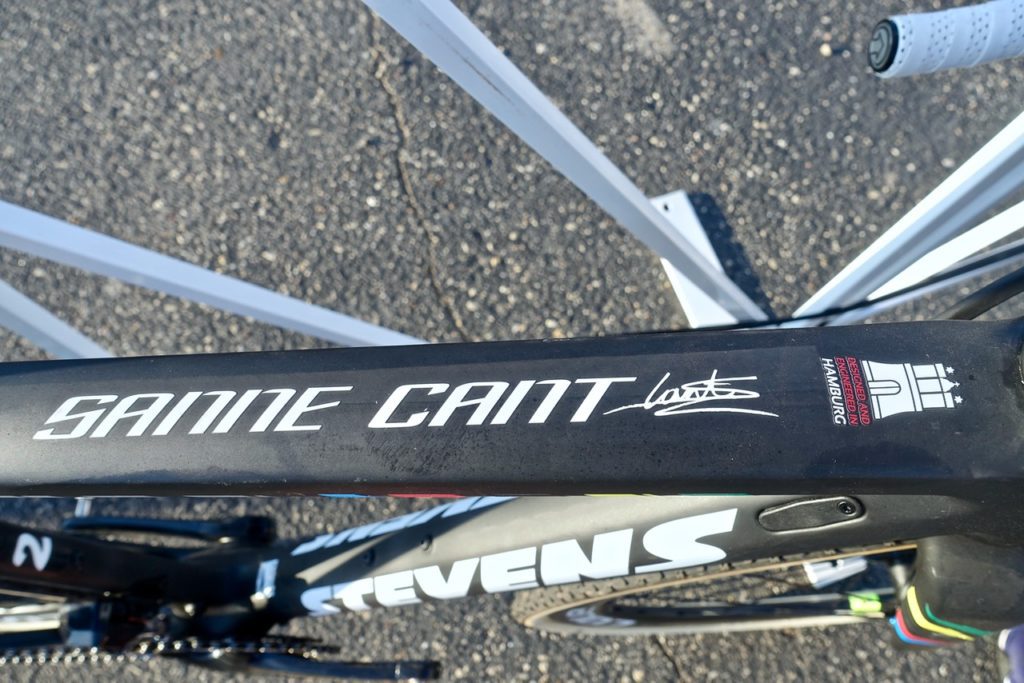 In case anyone is wondering who is the owner of the bike. 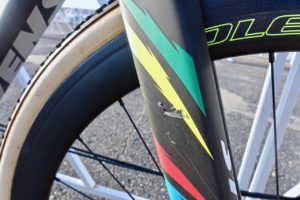 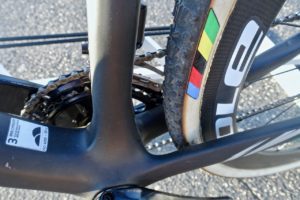 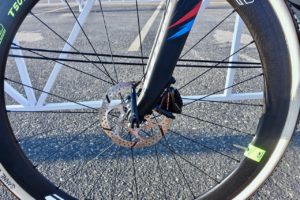 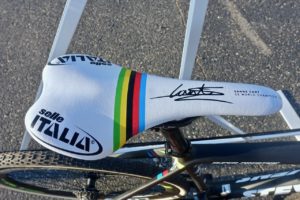 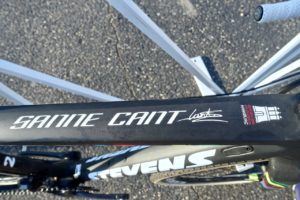 Cant has been at the top of the sport for several seasons already, winning everything there is to win, with one glaring exception. The rainbow jersey had eluded her despite many close calls, until the 2017 world championships in January where Cant finally managed to get rid of the albatross around her neck. Befitting her world champion status, her Stevens Super Prestige is bedecked with rainbow stripes throughout. Her signature also adorns the frame and her custom saddles, all of which are replicated across her spare bikes. 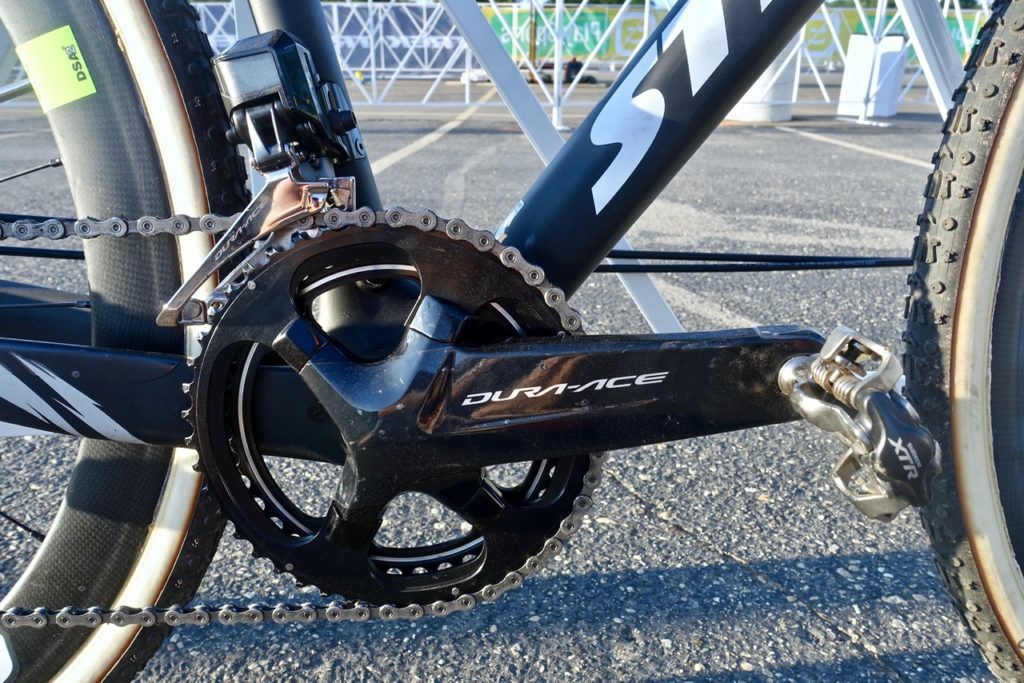 Cant gets the pro only custom Dura Ace cross chainrings. 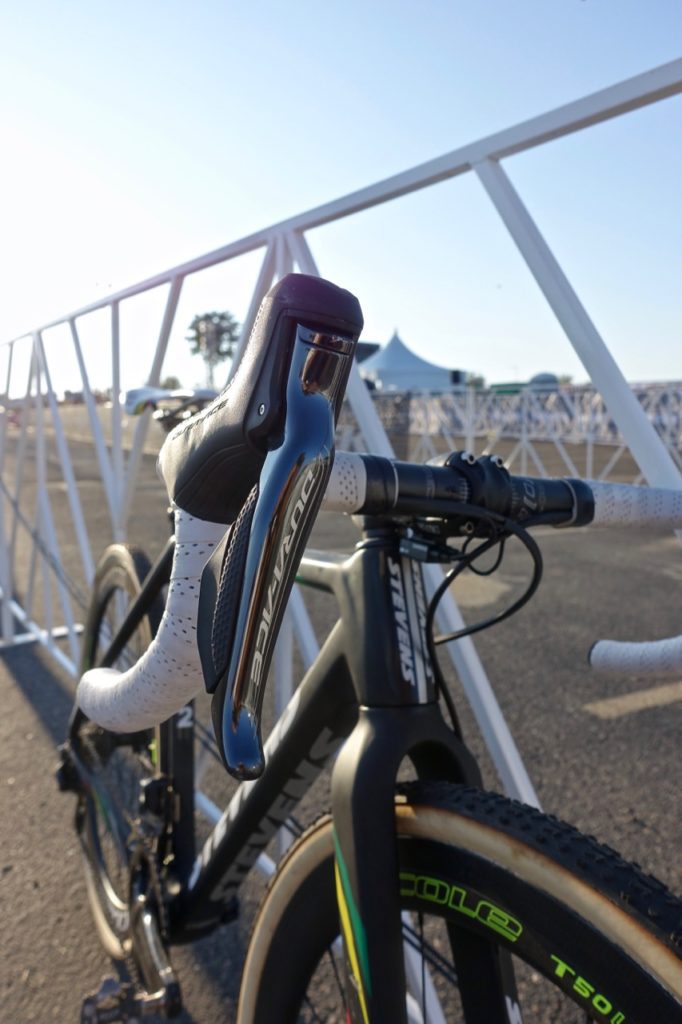 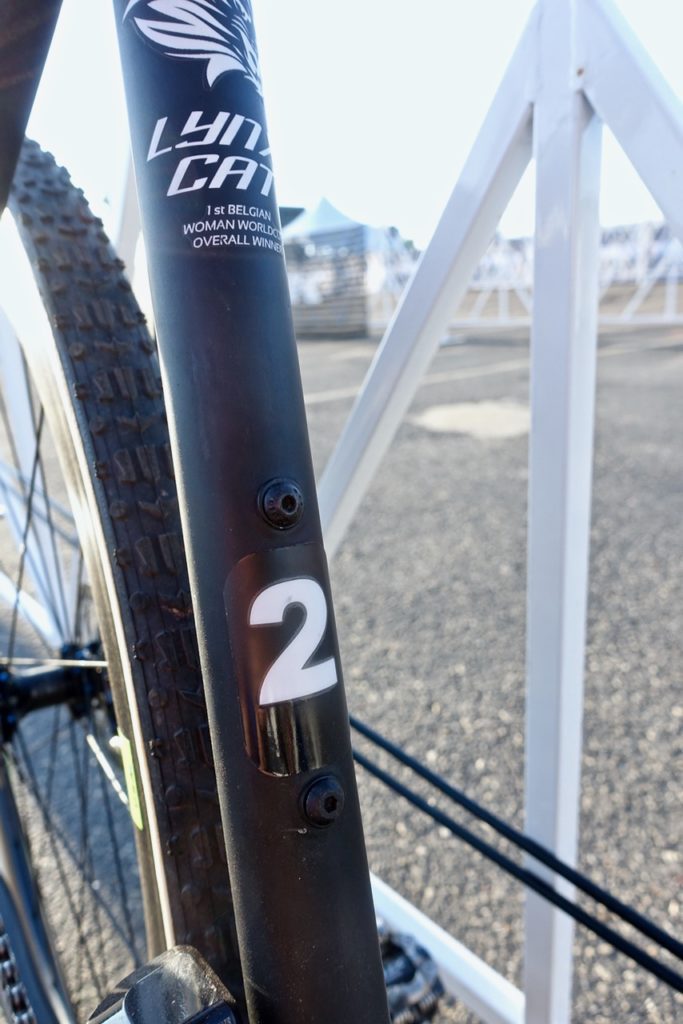 We shot Cant's spare bike, since she had gone down in a crash and bent the derailleur hanger. 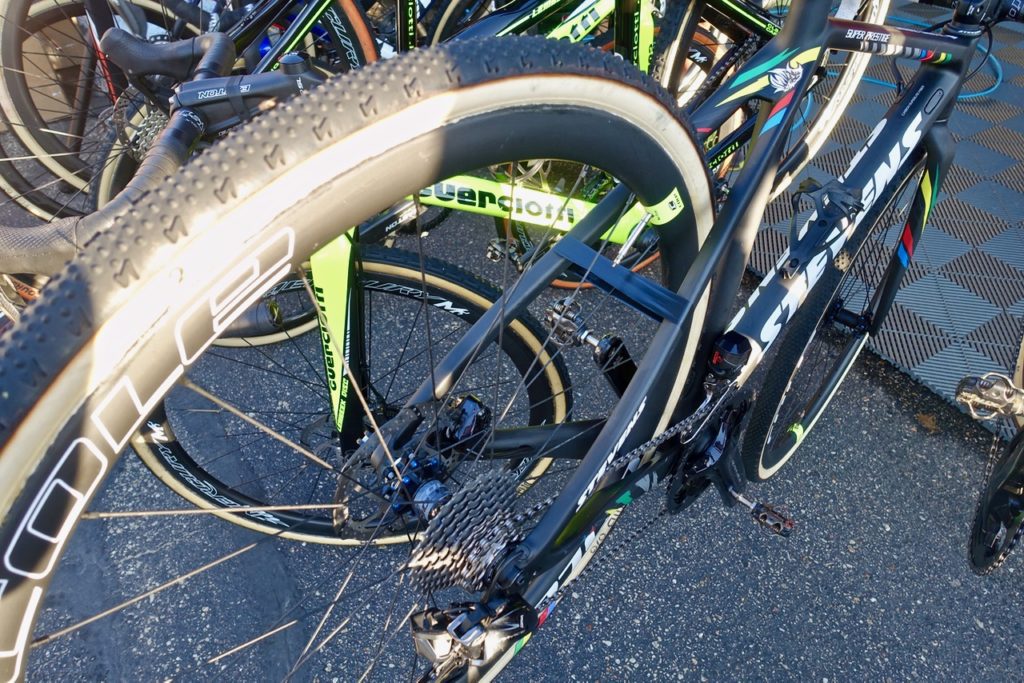 The electrical marked a bike requiring attention from mechanics, and not to be ridden. A bent derailleur hanger from a crash is the culprit. 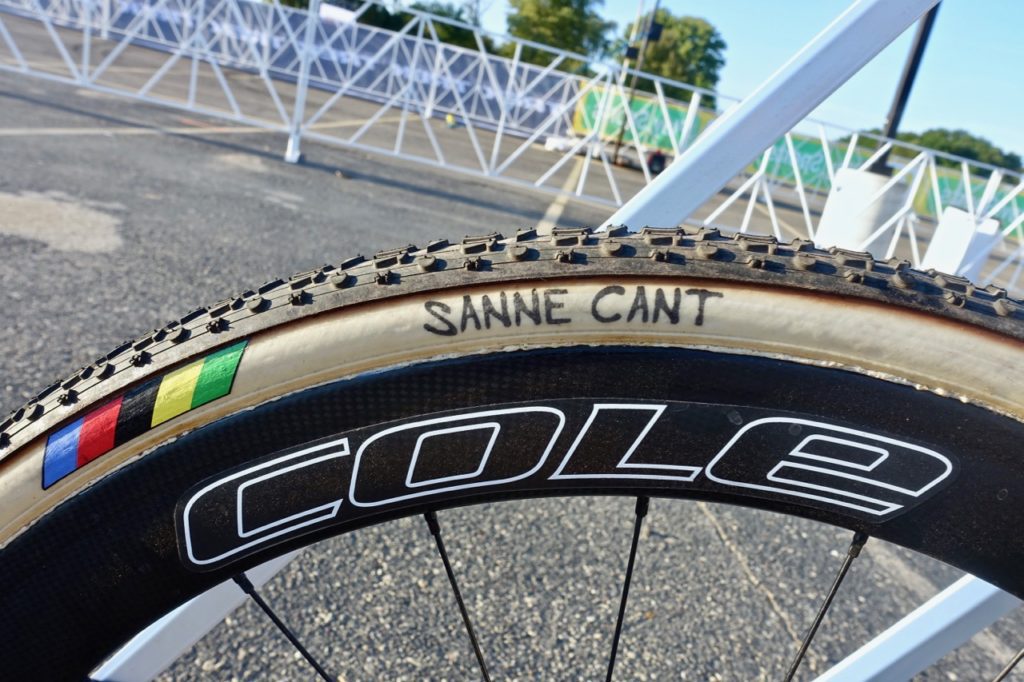 Even the tires get the rainbow and name treatment. Cant is running the FMB Slalom tires here, on her spare bike, but she ran FMB Sprint 2 for the race. 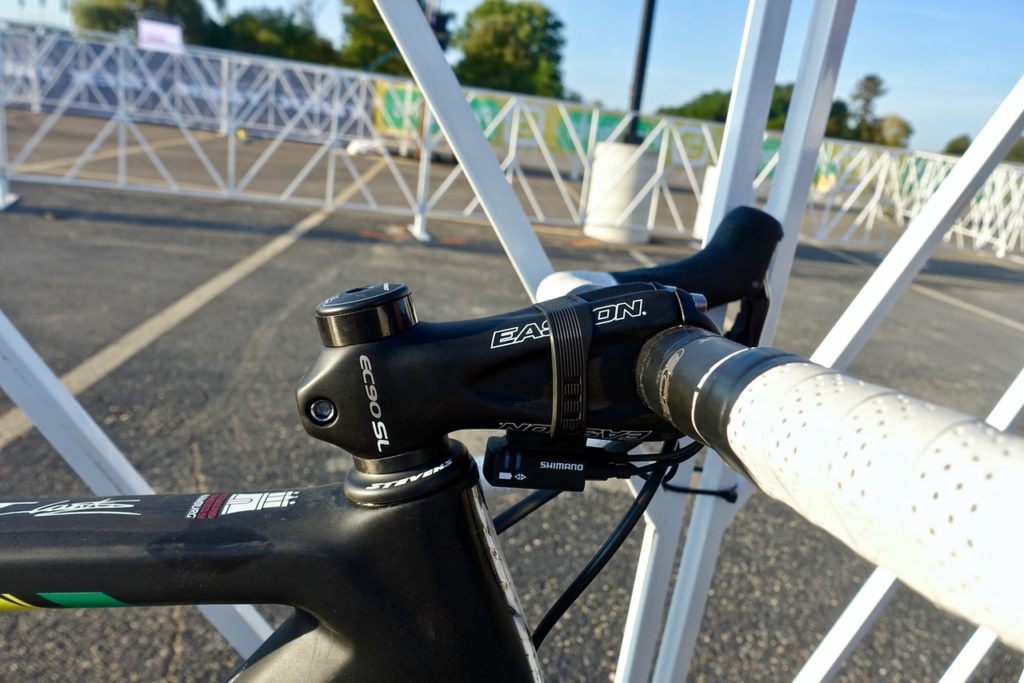 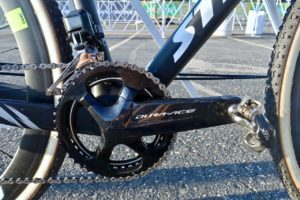 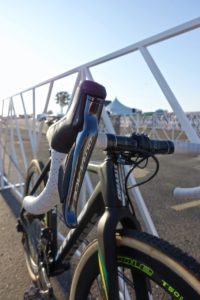 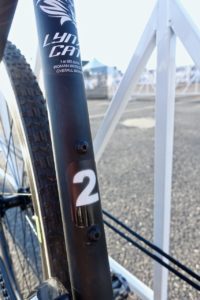 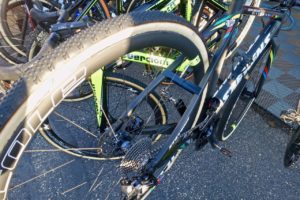 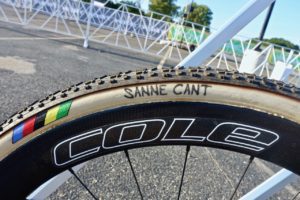 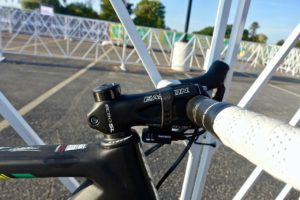 Drivetrain duties are handled by Shimano’s superb Dura Ace 9170 Di2 and hydraulic disc group, including custom pro only cross gearing chain ring. For the shoot, I was accompanied by Cant’s father (and manager). When I asked him what gearing was on the rings, he replied curtly “it’s secret.” He wouldn’t let me count it right there either!

Cant went down hard on her primary bike during the Friday C2 race, with a bent derailleur hanger among the casualties. Since that bike was awaiting attention from the mechanic, the bike featured here is one of her spare bikes, identical save for the tires, with FMB Slalom on the spare bike, while the faster rolling FMB Sprint 2 are glued to the wheels on her primary bike.