After a brief season of racing in Europe, three time Canadian cyclocross champion Michael van den Ham is back in B.C. For the past three years he’s been based in the temperate city of Chilliwack B.C. (where he’s currently quarantining), and hasn’t spent much time riding in the snow, but he’s done a fair share of winter riding in the past. “I lived the first 25 years of my life in a snowy climate,” says the 28-year-old. “I trained for four cyclocross world championships while living in Edmonton and mostly riding outside.” Getting out in snowy conditions can be a bit intimidating—here are some tips from van den Ham on how to prepare for and enjoy your outdoor winter rides.

“With the availability of online training platforms like Zwift and Trainer Road, plus the huge improvements made to trainers of the past few years, I think it’s becoming easier and easier to just skip riding outdoors and stick to the nice warm confines of your basement or garage,” says van den Ham. “That’s all fine and good for structured workouts, but I still strongly believe that if you are serious about getting more comfortable on your bike, improving your technical skills, and becoming a better athlete overall, getting outside in those slippery conditions is an absolute must.”

He says that knowing how to be comfortable when your wheels start to slide is one of the most important cyclocross skills you can pick up from riding in the winter. “There are a lot of similarities between riding mud and riding in the snow,” says van den Ham.”There is nothing better for those early MTB races or slippery fall ‘cross races than sliding around on your bike all winter.” 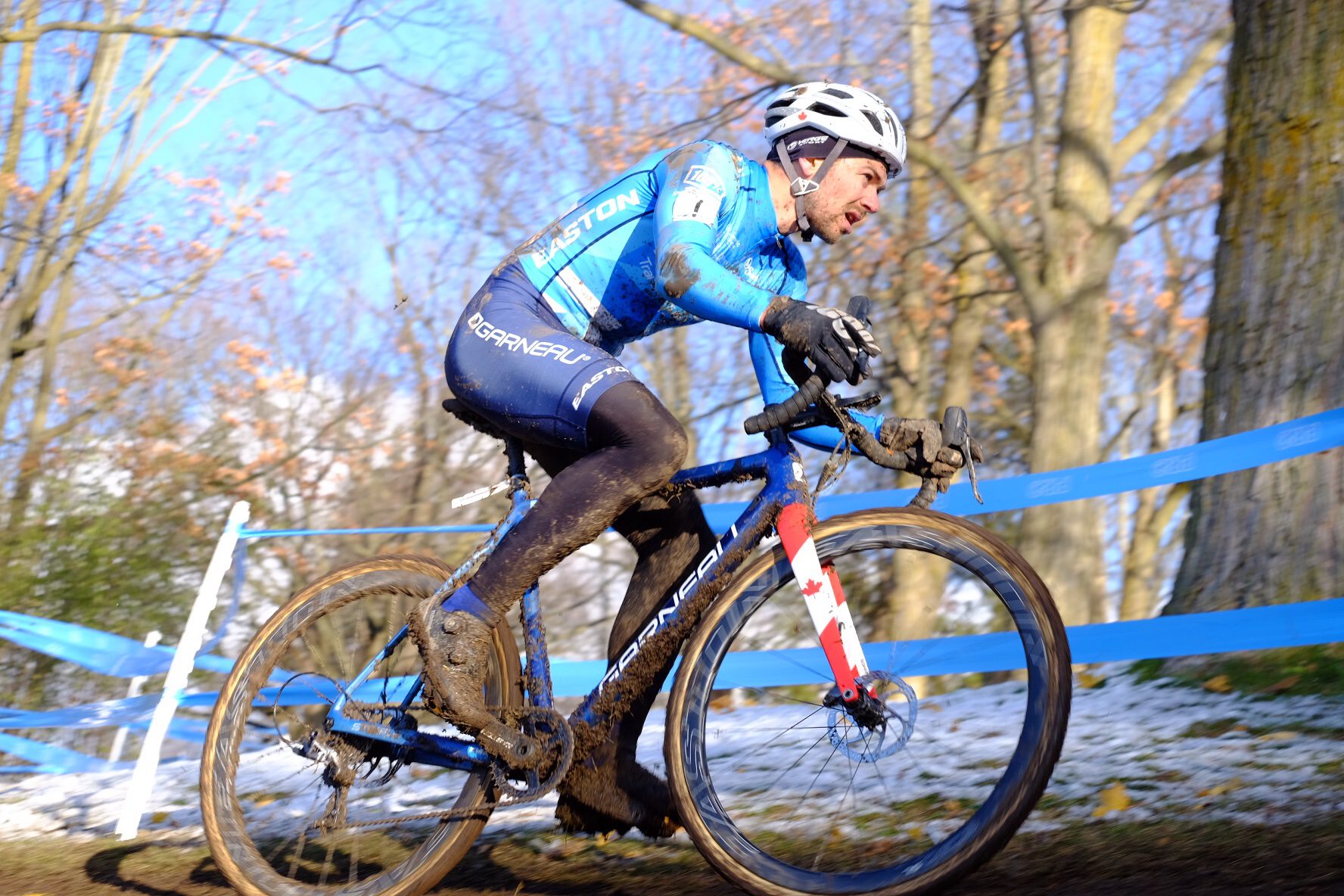 What kind of tire pressure should you run for winter riding? “When it comes to tire pressure, there isn’t a really magic number,”says van den Ham. “It depends a lot on tire volume, ride size, the surface you are on, and how rough your trails are. That said, the general principle of  ‘as low a possible’ holds true for slow speed and slippery conditions like riding in the snow.”

He says that riders should try and get their pressure as low as possible without hitting your rim on every bump or root. For cyclocross tires this might be 30psi, for gravel tires it might be 25psi. “The number itself isn’t important,” he says. “What is important is that you experiment and are willing to adjust for the conditions and terrain you are riding. I’ll typically start a ride out on a little higher pressure than I think I’ll want and then remove some if I feel like it’s needed.” 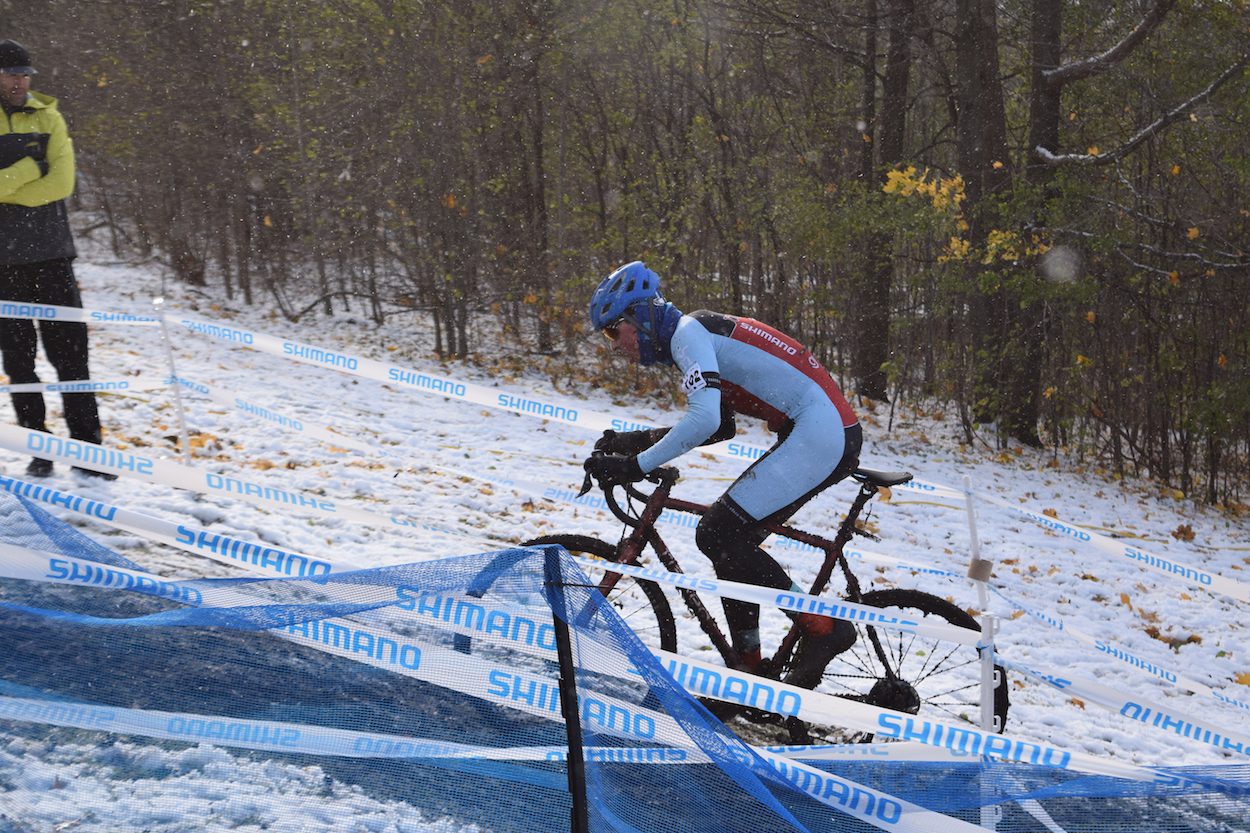 Van den Ham emphasizes the importance of being courteous to other trail users. “If I’m riding a cyclocross or gravel bike, the general rule of thumb is stay off of anything that is groomed, regardless of whether it’s groomed for fat bikes or cross-country skis,” he says. “That still leaves a wide range of areas to ride – everything from slippery roads, to gravel paths to packed down MTB singletrack – but doesn’t ruin riding areas that another user group has spent time and money to maintain.”