The BT 700 is back for a second year, and bigger than ever. The Ontario bikepacking route is planning its 2020 Grand Depart and has added a second, even longer option. If the original BT700 left you hungry for more, BTXL should satisfy your cravings for adventure.

The current public health scenario has created challenges, but BT 700 is on track for this year, with adjustments. Route founder Matthew Kadey has been hard at work making sure the event can proceed safely on the weekend of July 12. This could include a Grand Depart weekend, with a staggered start time to avoid large gatherings and allow riders to spread out.

Of course, if you can’t make the send-off in Saint Jacobs on the 12th, you have options. You can always ride the route anytime if the Grand Depart doesn’t work with your schedule.

While the BT 700 is only a year old, its inaugural year was already a great success. With 65 riders showing up for the Grand Depart, interest exceeded Kadey’s expectations. “The atmosphere on the start line was remarkable,” said the BT 700 organizer. “There were so many great riders eager for a two-wheel adventure.”

Maybe it was the promise of butter tarts en route, the delicious snack that gives the BT 700 its name, but the event brought out a wide range of participants in its first year.

“There was a good mix of people trying to get around the route as fast as they could and those going more at a touring pace and simply enjoying a multi-day ride,” says Kadey. “I was amazed by some of the finishing times,” he added, when looking at the speedier finishers. The diversity of the route means every rider finds their own challenge on route. “For the most part, riders were surprised how challenging and beautiful the riding terrain can be in this part of Ontario.” 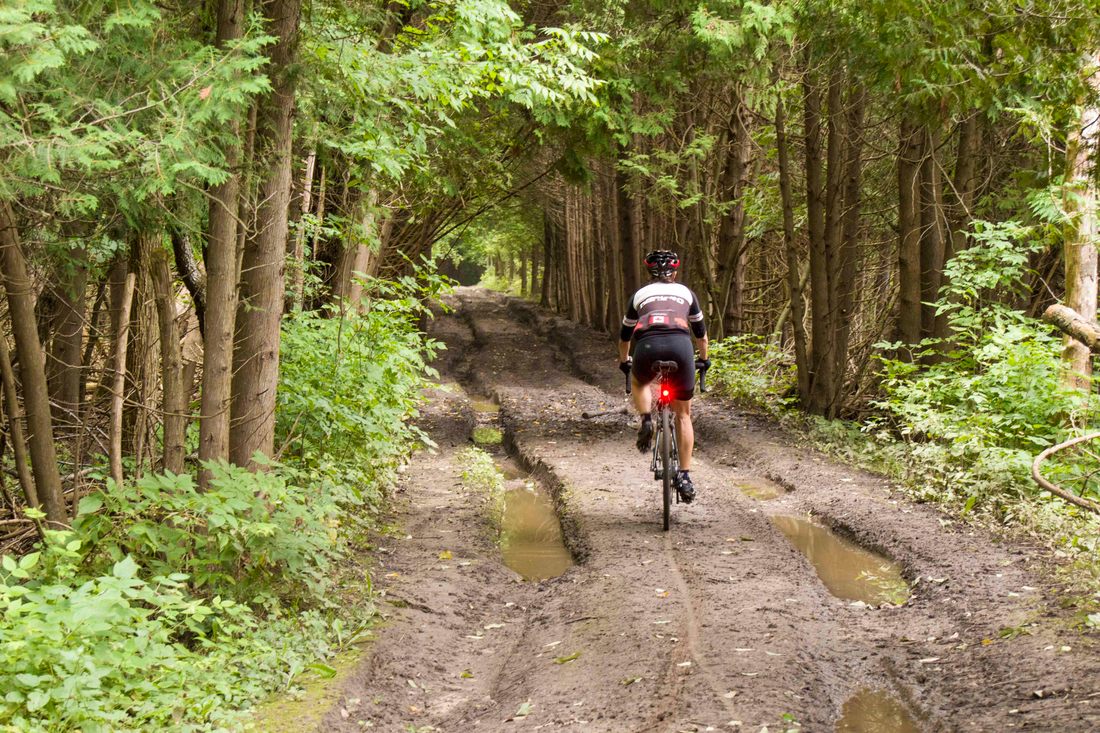 That challenge returns in 2020, with a couple of tweaks. The immediate support of Ontario’s bikepacking community has motivated Kadey to search out trails to improve the route and deliver the ultimate adventure. That means cutting a couple of sections and adding more dirt in place of pavement.

“There was one trail section, in particular, that is prone to be overgrown and riders were not too thrilled with that so I’ve scraped this part of the route,” Kadey explains, before teasing an improvement. “I’ve added a new exciting section to the BT 700 route that will take participants to an area where few riders go.” All in, the changes “make the route more interesting and reduce the amount of pavement in favor of dirt.”

Double serving: BTXL turns it up to eleven.

The biggest change for 2020 is the addition of the BTXL. For those that weren’t satisfied with a single helping of adventure, there’s now an option to tag on the Grand Nith Ramble bikepacking route after completing the BT 700.
The BTXL route “takes advantage of the trail networks in the Waterloo and Dundas areas,” says Kadey.

Combining the two routes into the BTXL route turns the adventure dial to eleven. Or, 1,100. “It works out to more than 1,100 km of mostly non-pavement riding,” Kadey says. “So it’s certainly a big challenge. I’m excited to see how this shakes down.”