On Dec. 16 Bianchi released its newest ride: A full-carbon gravel bike called the Arcadex. Designed for the “the modern gravel rider”, at 1,100g (for the size 55) the bike is built to be fast and light.

This isn’t Bianchi’s first gravel rodeo. The brand also carries the Impulso All road and Via Nirone 7 All road. What makes the Arcadex distinct is its lightweight carbon frame, which was designed with aerodynamics in mind. 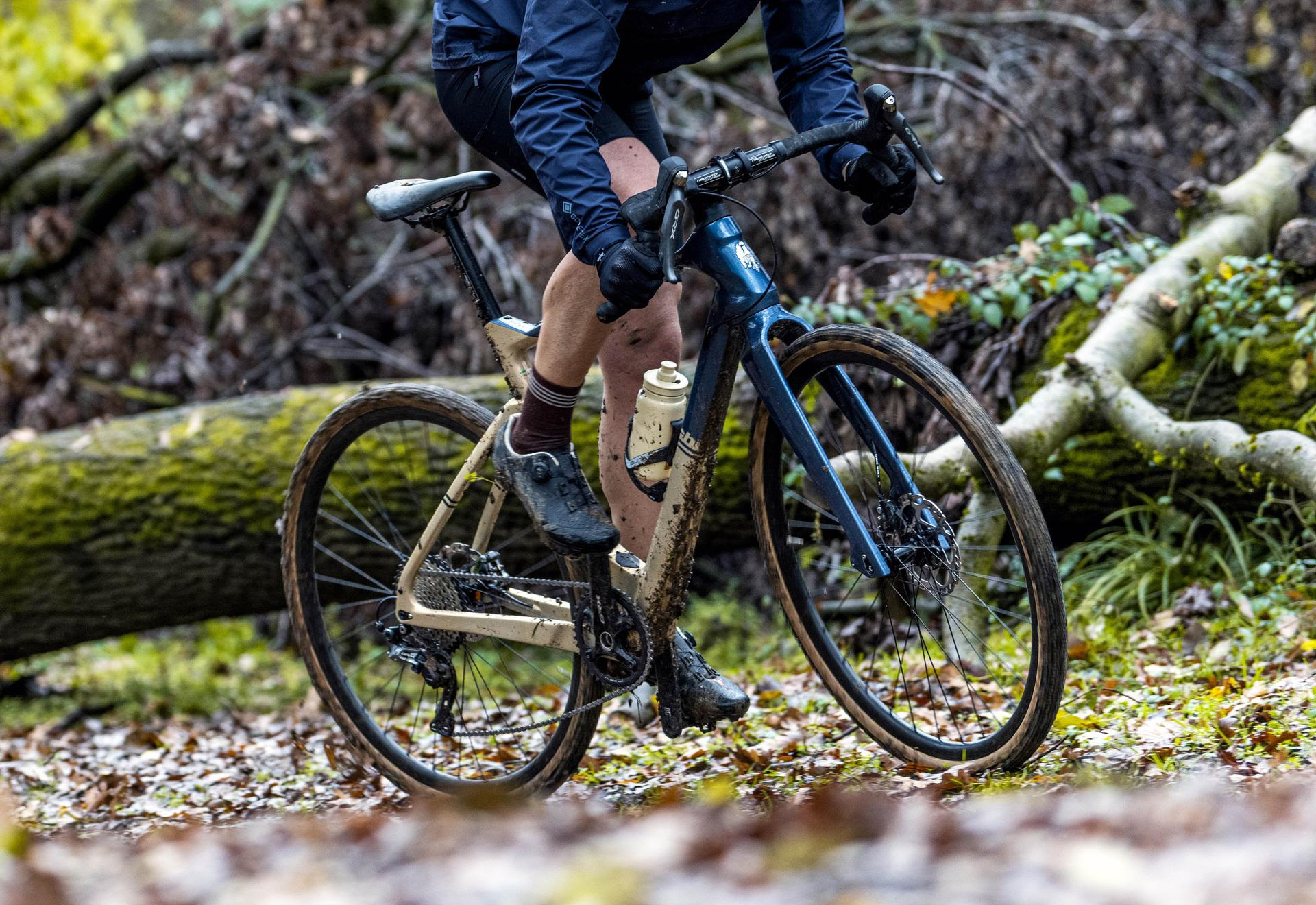 Bianchi says the bike is, “incredibly responsive, whether riding to explore, or indulging your competitive spirit”. It’s designed for gravel racing but also has some features for long ride days and bikepacking trips as well. 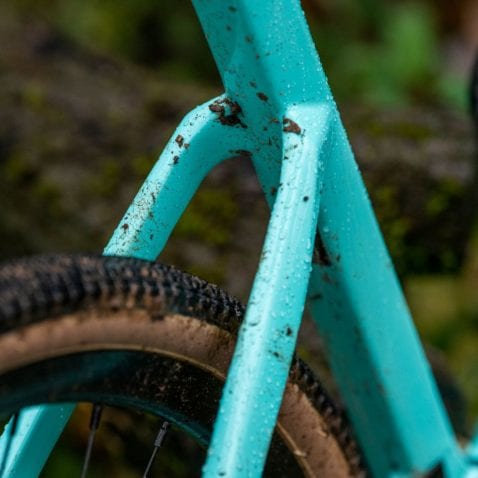 The bike was named after Arcadia (Ἀρκαδία), a region popular in Greek and Roman mythology. Bianchi says the harmony of nature reigned in Arcadia and the Arcadex was designed with the same purpose, ” to connect the human spirit with the natural world beyond, enhancing every sense, from the crispness of colours to the feeling of friendship among companions of adventure.”

The bike has clearance for 700×42 or 650×47, and is equipped for the installation of mudguards and carrier racks in addition to a third water bottle mount on the downtube.  It also features a fully integrated cockpit with a ACR compatible headset. 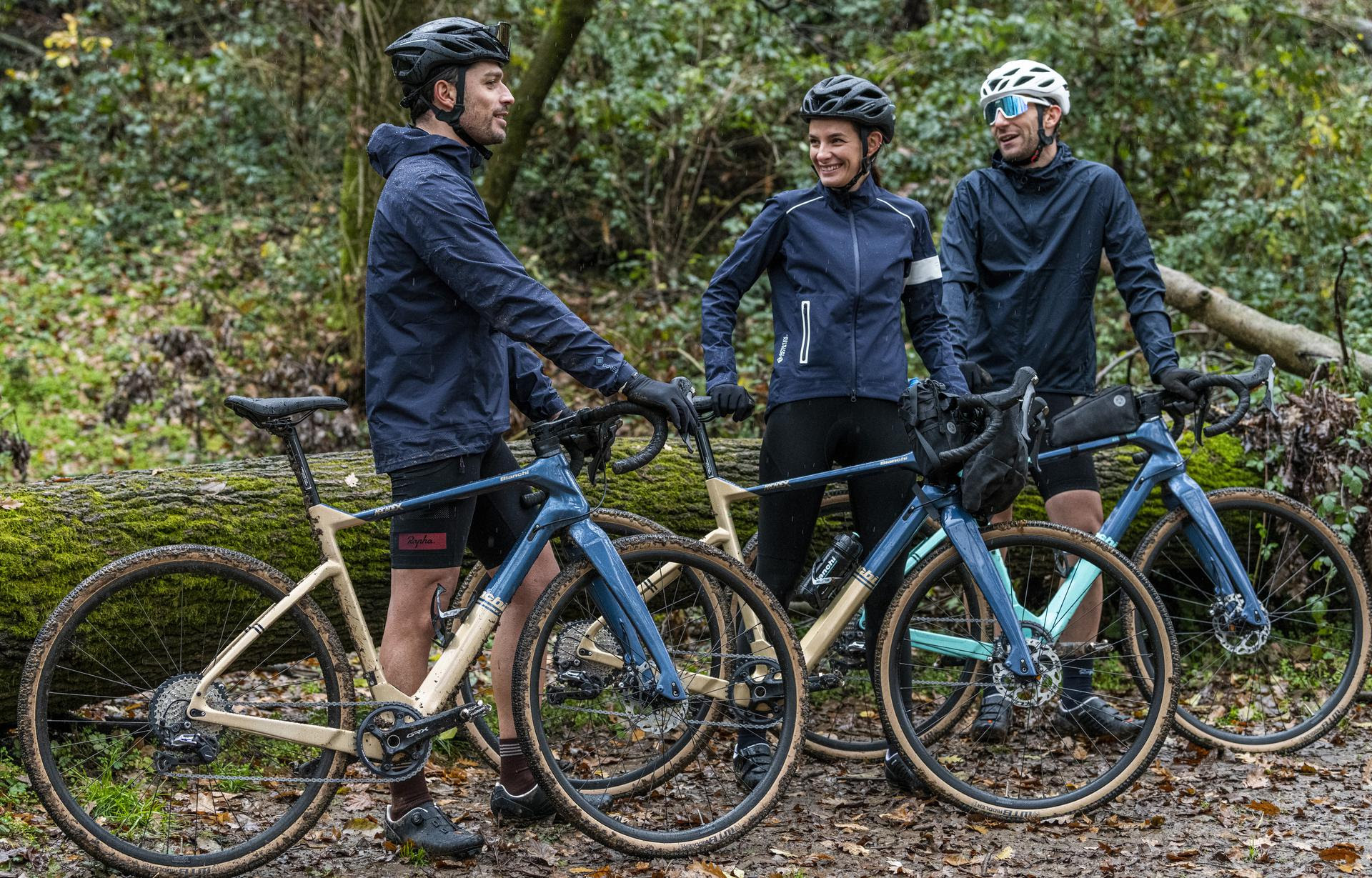 The stock Bianchi Arcadex comes built with 1x  Shimano GRX RX810, mechanical shifting, a 40t chainring, and an 11-42t cassette. The bike was designed to run manual or electric drivetrains, so you have options if the build doesn’t exactly fit your needs. 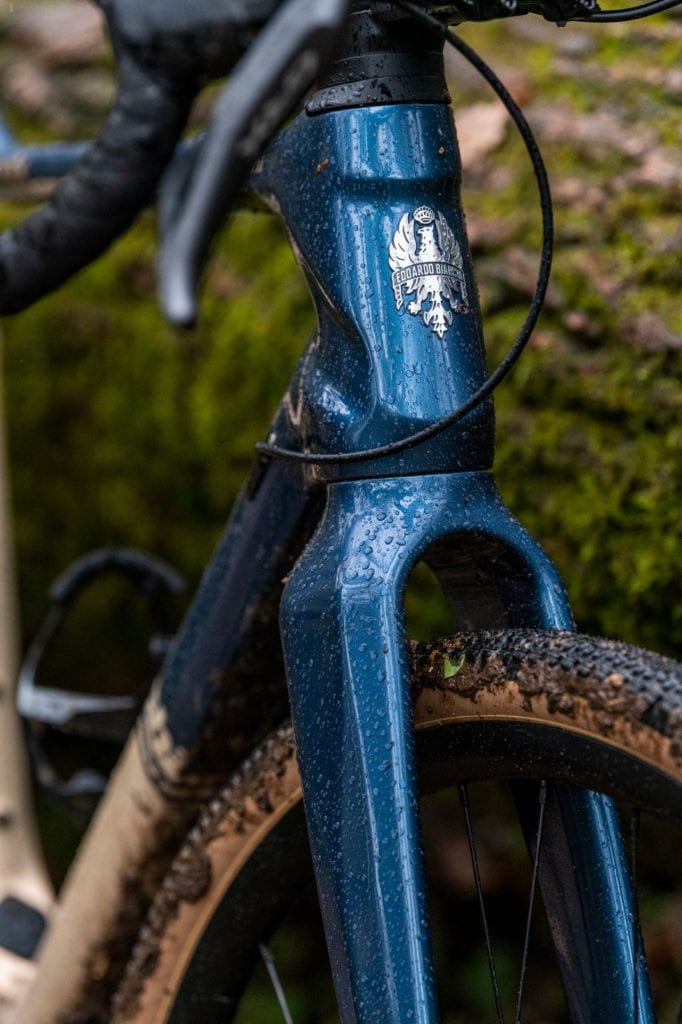 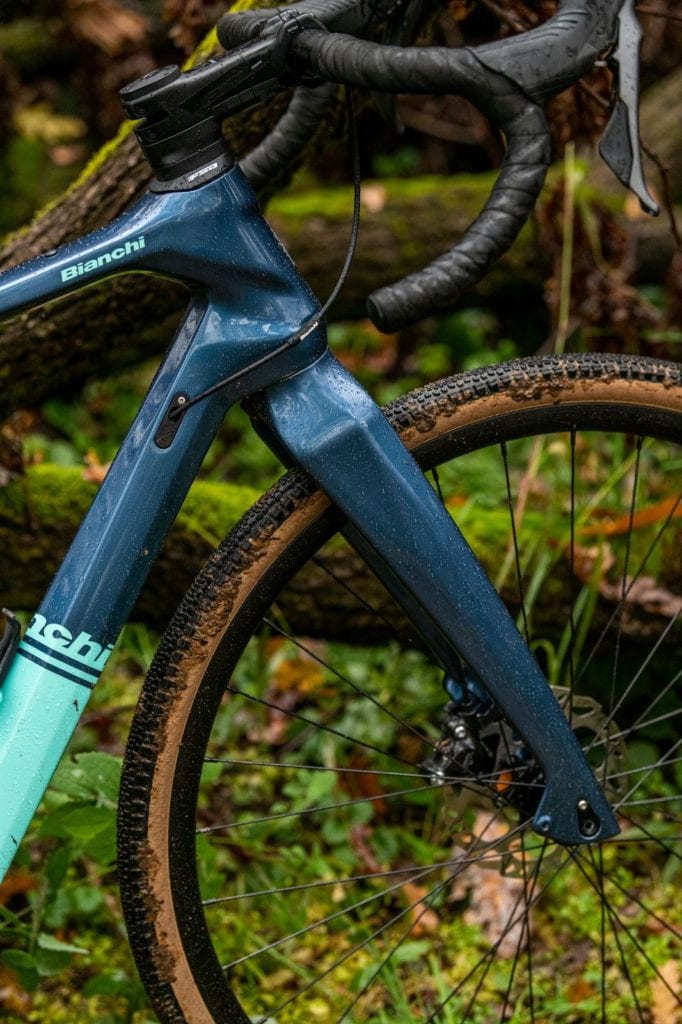 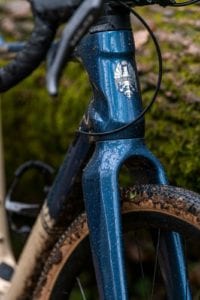 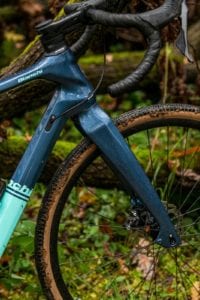 Bianchi chose two colourways for the Arcadex, which they say take inspiration from the untapped wilderness where the bike is most at home. Both the ‘gold storm’ and ‘classic celeste’ colourways are designed with and accent colour called ‘blue note’, a rich deep blue. The bike is available in five sizes, from XS to XL.