Colin Strickland, based in Austin, Tx. is one of the biggest names in American gravel. The 33-year-old was dominating criterium racing in the states and moved on to gravel in 2017, winning Dirty Kanza in 2019 and finishing second at this year’s Mid South.

We talk with the world’s leading gravel racer about how he’s handling the downtime, who he is beyond the bike, and his favourite training loop in Austin.

Most top-tier world tour-caliber riders come up through the sport in the same way: Kick everyone’s ass as junior, repeat as a U23, repeat as a domestic pro. Your story is markedly different—you had a full-time job before, what did that entail?

Cycling has always been a significant and meaningful part of my daily life. Between the ages of 18 and 25 I rarely went a day without riding somewhere on my bike, but this was out of necessity, and it was almost always to get to another location, not for the purpose of training. I worked as an environmental scientist for a small consulting firm. I showed up at work everyday at 7:30 (or at least tried to), and got off work at 5:30. In between those hours, I hiked transects in the steep hills of northwest Austin, hand-excavated potential cave features, crawled into tiny cave openings, and wrote reports for the US Fish and Wildlife Dept about those activities. 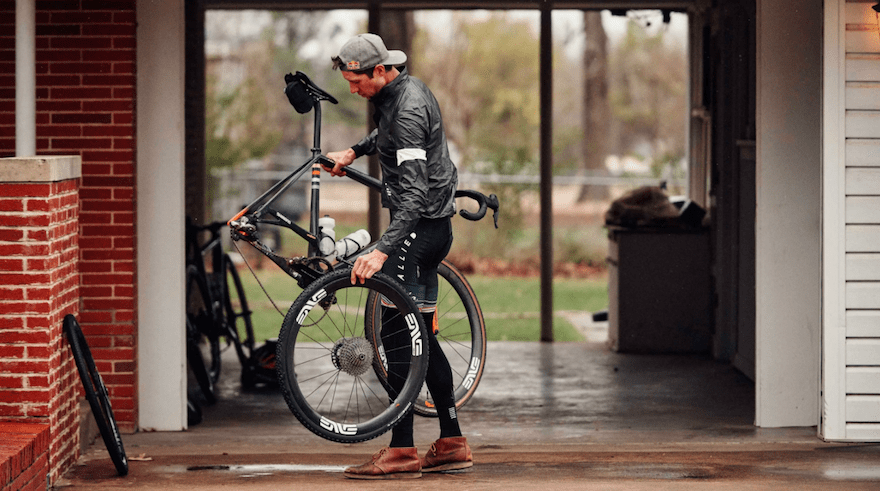 The last several weeks have been tough. How has it impacted your training and life as an athlete? Is it hard to stay motivated or maintain training structure when the race season is so uncertain?

The COVID-19 pandemic and subsequent response has effectively cancelled, or at the very least significantly delayed every race on the 2020 calendar, with the exception of Mid South, until late summer at the earliest. After spending 4 months building race form and sharpening “the axe”, we’re looking at waiting another four months before the next competition. This presents the question — try to hold the form, or back off the gas and start three months ahead of the next event. I am still a bit undecided, but I think I will be going with the second option. Thus far I have been heading out on three big rides a week and one or two shorter rides, but it is honestly hard to find motivation when the goal is so far away. I think a short break will be good to reset and focus on something else for a week or two. I’m excited to kick off the next build with a four to five day bike tour.

How has COVID impacted your personal life? Have you found time to focus on old hobbies or discovered any new ones?

Aside from the social disruption, the isolation of social distancing is not to foreign from my normal way of life. Being one of the only professional cyclist in Austin, I spend most of the hours of the day alone on quiet, desolate roads. That much has remained constant. I am taking the opportunity to explore several extracurricular pursuits, specifically building bicycles for friends and playing guitar. I love introducing people to their first quality, personalized, and well equipped bike based on their desired utility. I am currently working on a Shimano Di2-equipped Titanium gravel Lynskey (made in USA) for Alan Stulberg, Owner of Revival Motorcycle shop.

I am also finishing various home improvement projects that have been sitting on a back burner since cycling has taken priority, and I am putting more energy into full renovation of a 35’ 1954 Spartan travel trailer and I’m tearing into a few motorcycle modification projects that I’ve been delaying as well.

I am a tinkering projector, and I have been kept so busy by existing hobbies that I don’t have bandwidth to discover new passions. 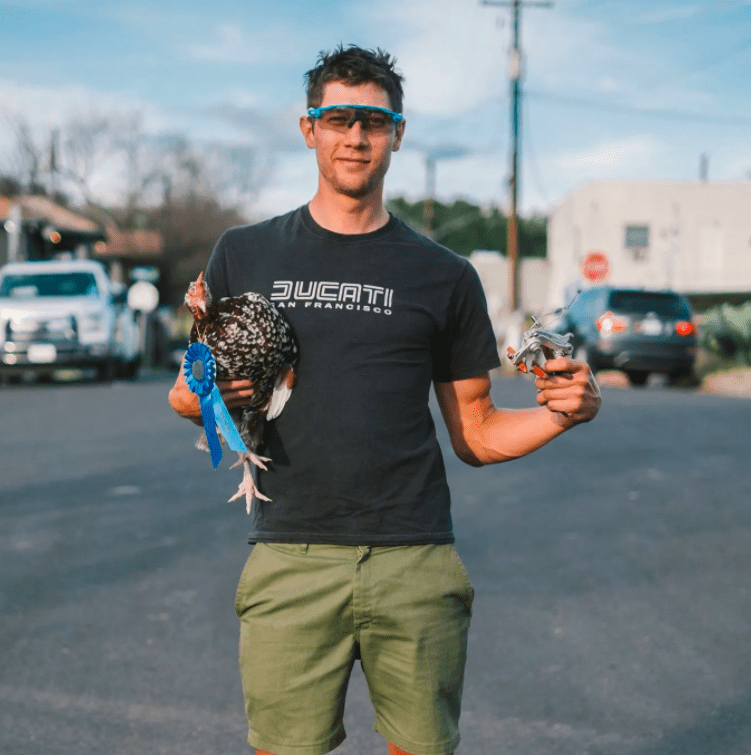 Tell us about your day at the 2020 Mid South race. The conditions were terrible, how did the race unfold for you?

The morning of the race, Katie and I sat in the car as we received the rain delay announcement and prepared mostly our minds for what we were about to do. I awaited Mid South with a mix of excitement and dread. Dread, because I knew that the first three hours would be sub-40 degrees Fahrenheit and pissing rain. Excitement, because I knew that these sloppy conditions would add a significant amount of drag in the form of muddy drag, turning it into a strategic 6+hour tractor pull, and that the opportunity for MacGyver field remedies to jammed components. I figured that if I could deal with the cold, the conditions would suit me.

As it turned out, I never really was able to get over the cold. I red-lined around hour 2 chasing my way across a 30 sec gap up to Stetina and Summerhill on the decisive early climb, and I felt like I was barely hanging on for the next 4.5 hours till I rolled into Stillwater. It was bizarre. my body never seemed to get up to operating temp. Add to that the immense caloric demands and the challenge of accessing and ingesting food in those conditions, at that intensity, and the result was what felt like a 3-hour bonk. It was the kind of day that at 15 mi to the finish, I didn’t even realize I was within sight of Payson McElveen because I was too busy looking backward, desperately trying to defend a place on the podium. I was just a hard fucking day at the office. 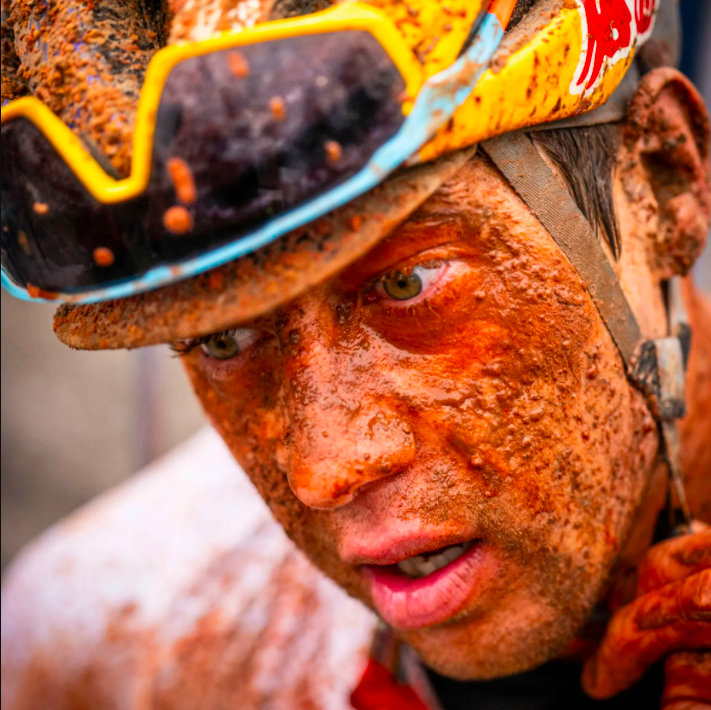 There was a good bit of controversy around the mid south organizer’s decision to not cancel the race. The days leading up to it was when the U.S. got super-serious about social distancing. Did you block all of that out leading up to race day, or did you struggle with your decision to race?

Things were different in early March, 2020. I hindsight, it was a highly questionable decision. But at the time, there had not been any widespread adoption of social distancing. This measures were literally being adopted in major US cities over the weekend that Mid South occurred. So while it seemed a little eerie and ominous, it did not feel like an irresponsible decision at the time. Katie and I are bike racers, and there was a bike race going on. We had travelled for a full day to arrive at the bike race It seemed only natural to race our bikes. 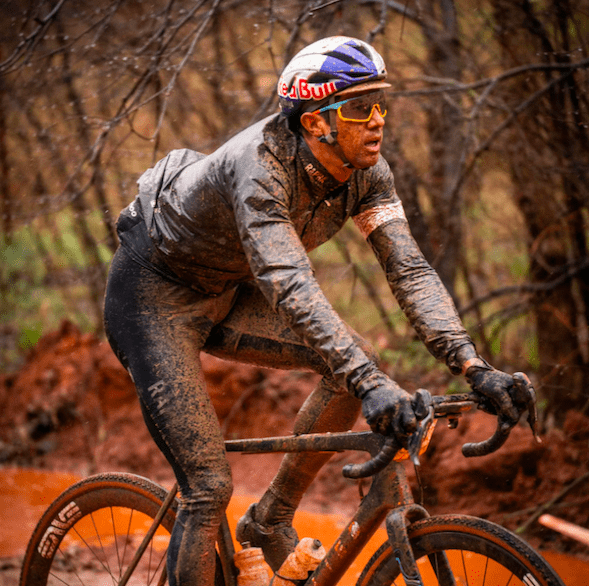 Our fingers are crossed that there will be gravel racing late in 2020. How do you feel about the idea of a super-compressed season?

For this type of compressed race calendar it will be crucial to time the form to be firing for the brief race window. The typical racing year is far more forgiving, and allows you some leeway with when, exactly the good form arrives. Not so much this year. Training and timing will be key. 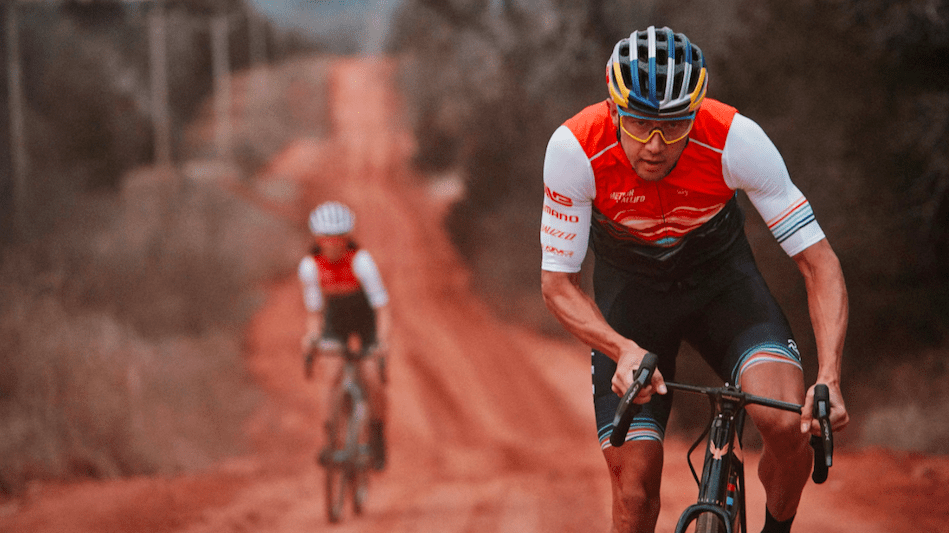 What’s an Austin route that every out-of-towner should know?

74-mile loop SE of Austin with a halfway stop in Lockhart, TX. I Recommend Chaparral Coffee on the Lockhart Square. 35mm or larger tires recommended. 15 mi of meh getting in and out of Austin, but nice gravel sectors around Lockhart.