The Devote is Liv’s first-ever gravel bike. It’s no surprise the company is making a foray into the growing world of gravel, but it’s exciting to see more women centred in the gravel discussion and pushing for even more female representation.

Rebecca Rusch, the founder of the popular Rebecca’s Private Idaho race, says she had 35 per cent female participation at her event last year. “That’s really high for an endurance cycling event,” she says, “but I’m gunning for 50 per cent.”

Rusch was one of the Liv riders who tested the Devote and gave feedback on the development. Things like the seat tube angle and reach length were changed before the final product was released.

Liv takes its commitment to designing bikes for women seriously, and this bike was no exception to its 3F bike design philosophy. 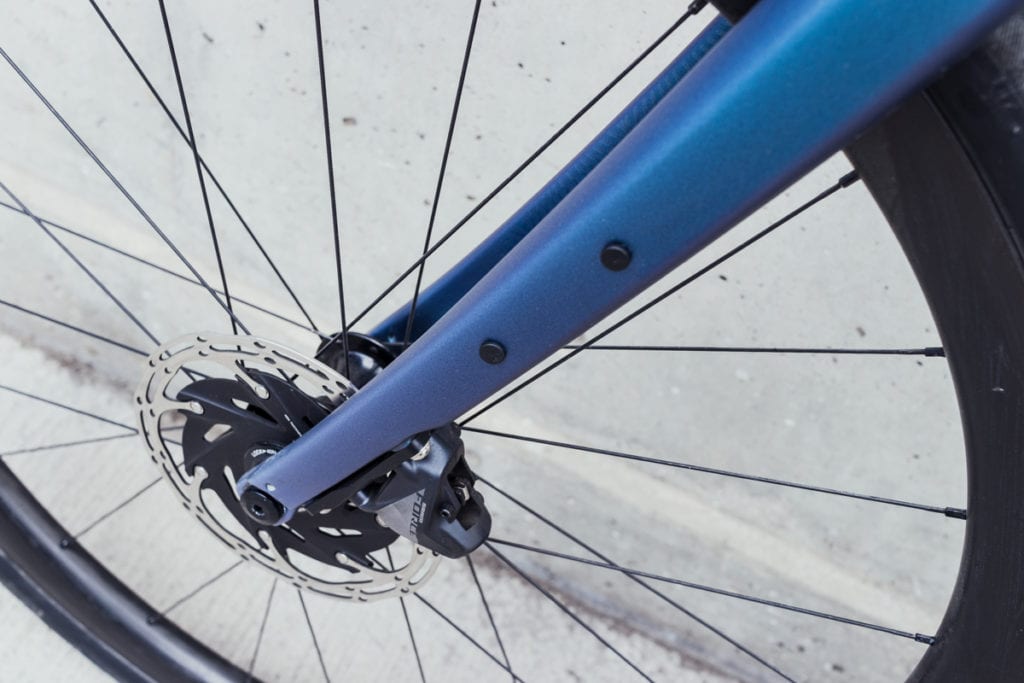 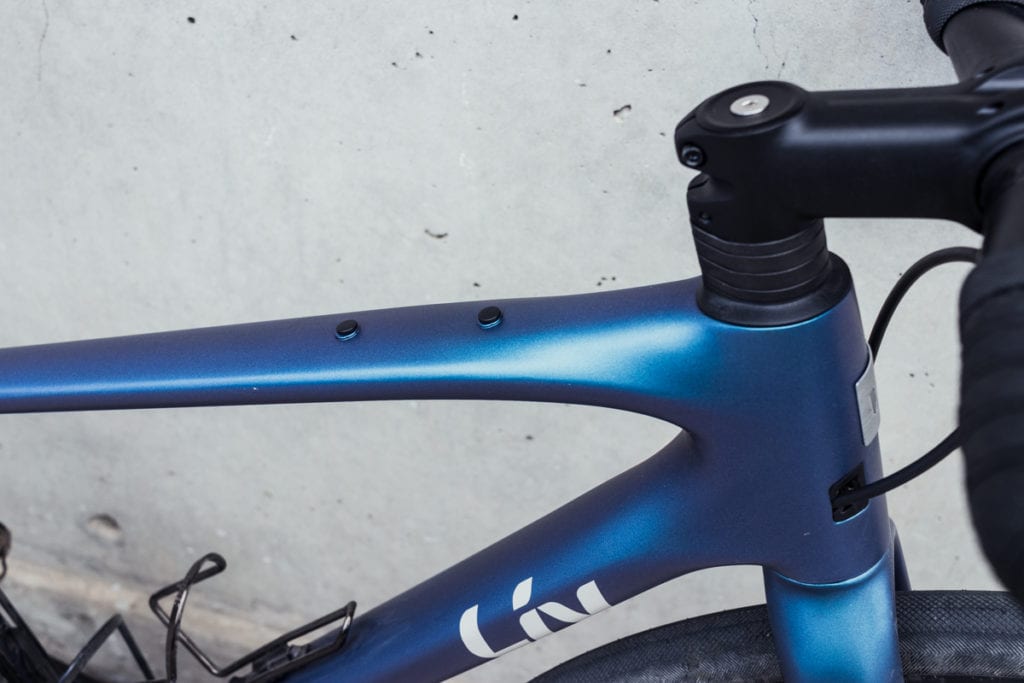 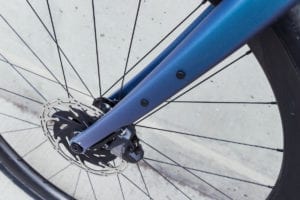 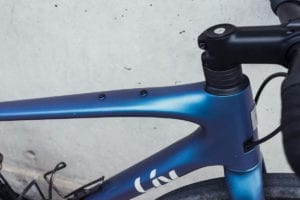 I found that the additional bottle cage very handy for long rides, particularly in more remote areas. I looked forward to one of these rides at a cottage in Algonquin Park, where I had planned out what looked like an awesome route on local trails. 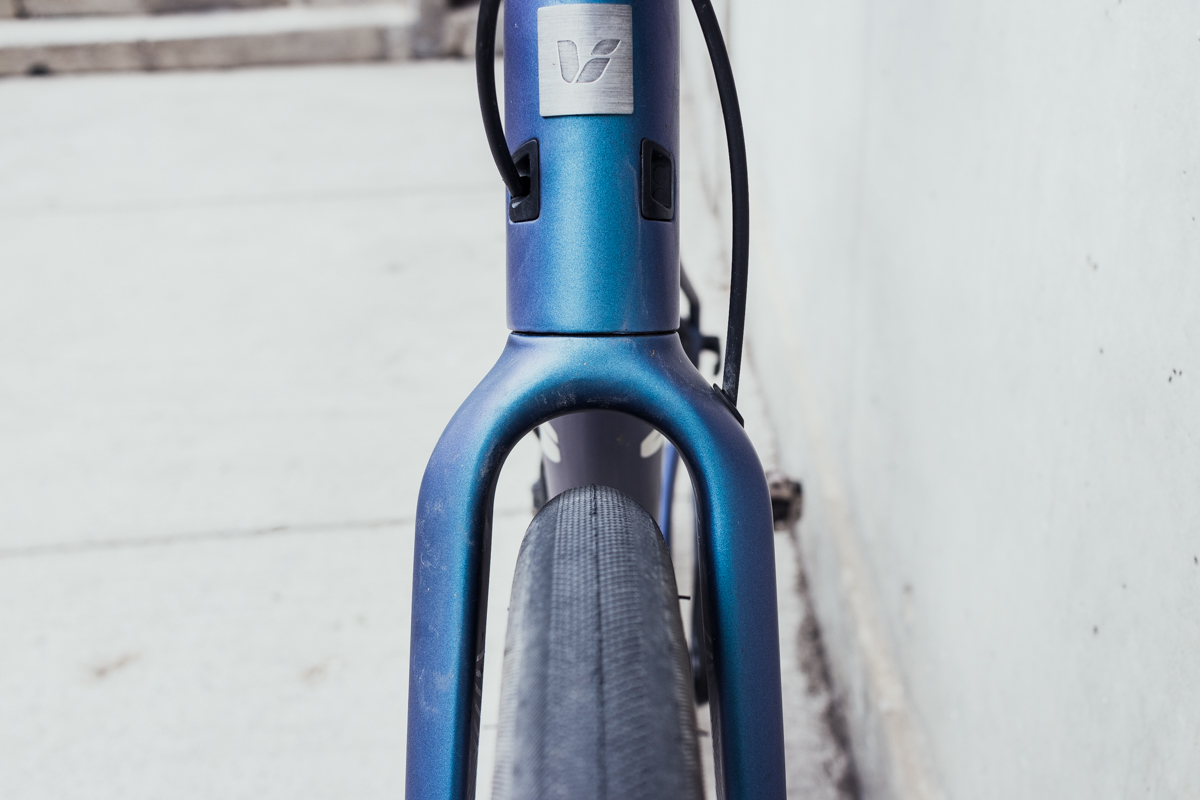 Heading out, I was full of confidence and easily took on the hilly gravel roads that lead to the beginning of the route. The entry to the path seemed a bit more sand than gravel but I figured it would eventually harden up and I got on my way.

The Devote is spec’d with tubeless Maxxis 40c Velocita AR tires—light, fast-rolling, high volume slicks. Luckily, they were pretty much the exact tire I would have chosen for what turned into 25kms of deluding myself into thinking that eventually, sand would turn into hard-packed gravel. Thankfully, even in the loosest bits, I was able to maneuver easily with micro-adjustments and a bit of muscle. 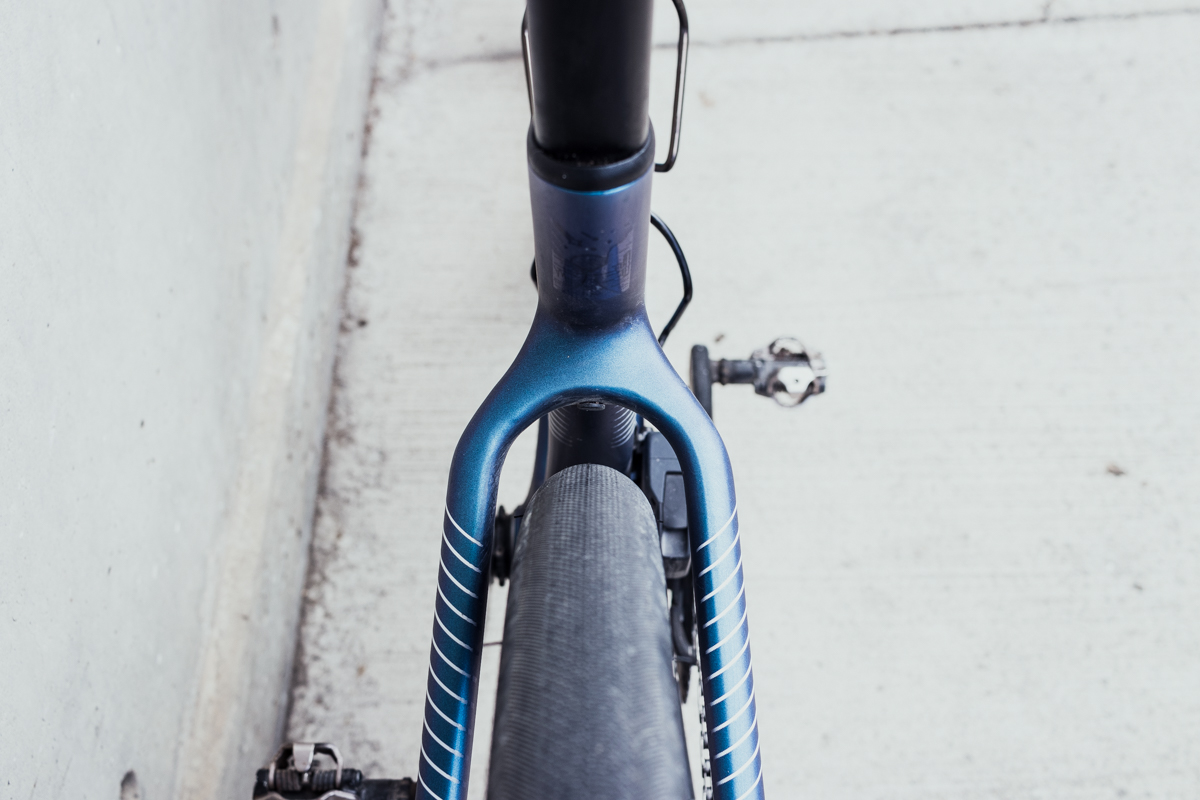 The tires, mounted on Giant’s CXR 2 Carbon Disc wheels, are a bit of a unique choice. They are somewhat slippery on wet and muddy trail conditions, but riding on the pavement I realized that they help showcase the versatility of the Devote. This bike is fast—riding it with higher tire pressure I beat some PRs on local road segments that I’d previously set on a road bike. The compact geometry is conducive to an aero position and the bike feels stiff and light. 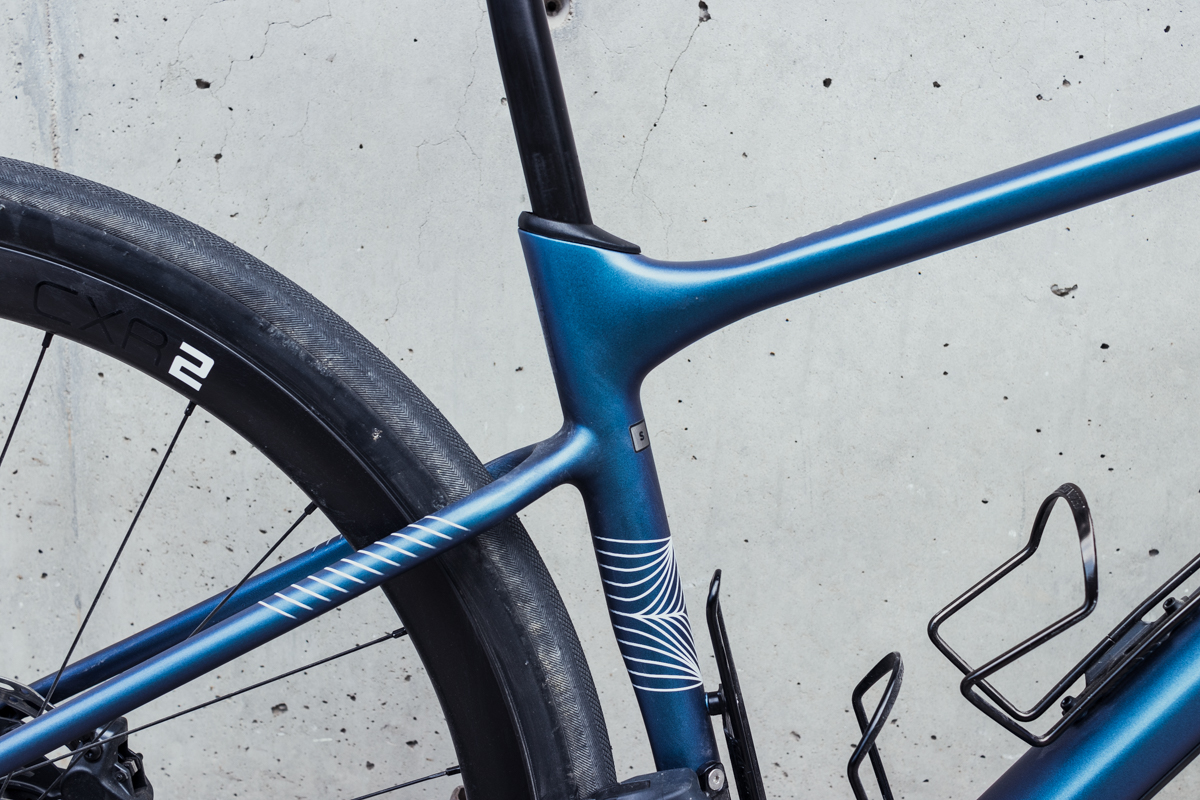 Giant moulds the front triangle of the frame as one continuous piece of raw carbon. The composite frame and fork make the bike lightweight and nimble. Climbing on pavement, gravel and even punchy, single-track hills felt easy and smooth. I described the Devote to a friend as “zoom-y”—the type of ride that makes you want to kick up the gears and sprint up a hill.

The 12-speed SRAM Force eTap AXS certainly adds to the zoom. The ability to immediately electronically shift with the SRAM Force eTap AXS 2×12 drive train and 10-36 cassette and 43/30 chainrings come in super handy when taking on quick gradient changes. 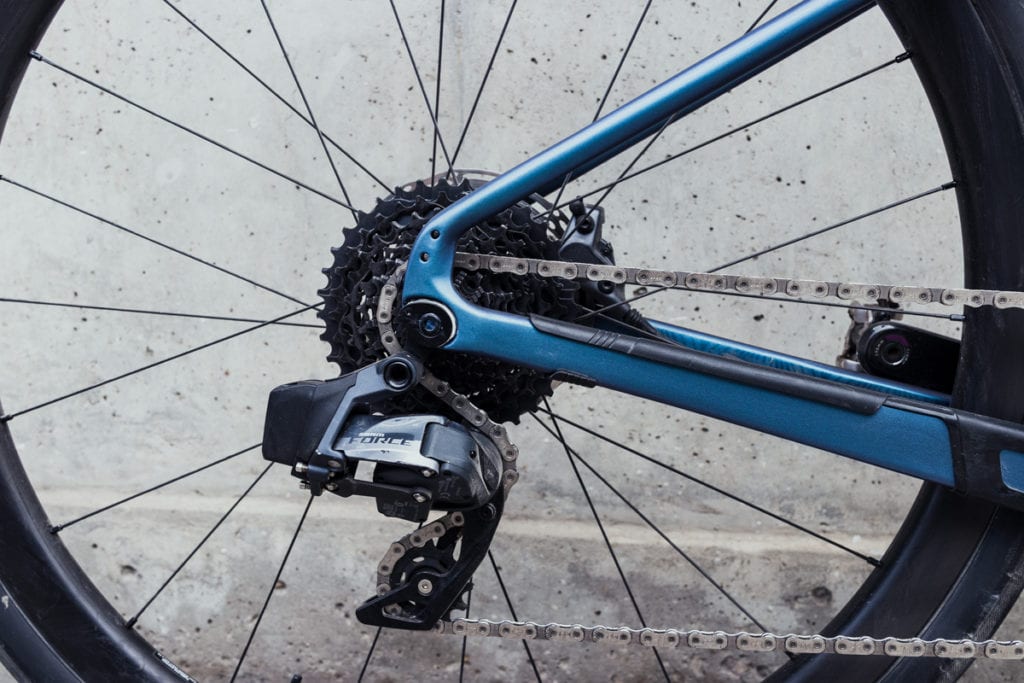 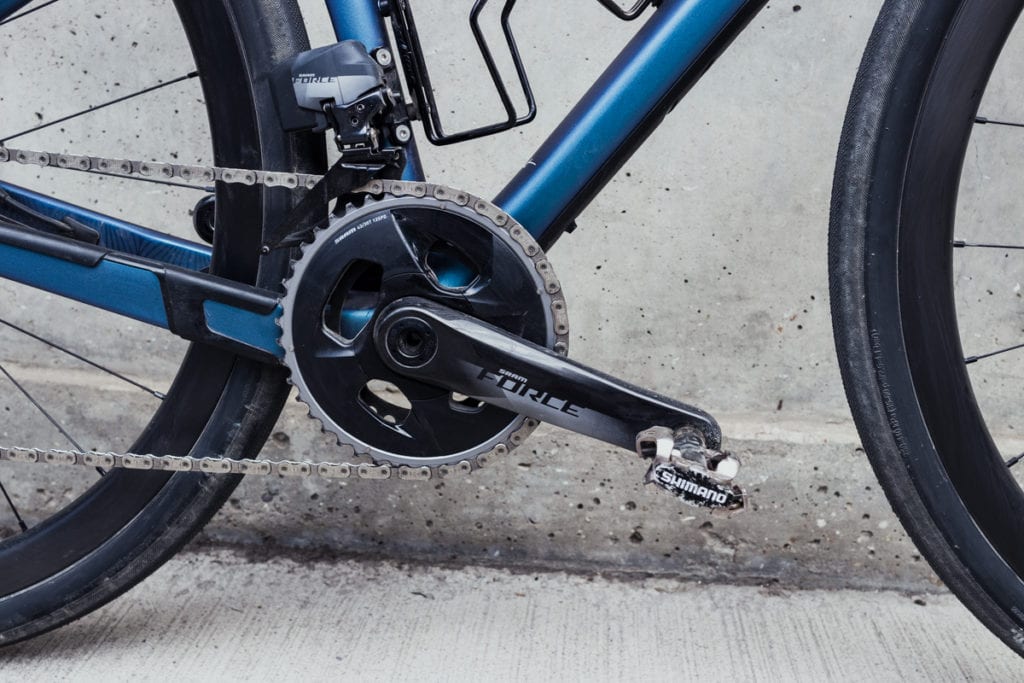 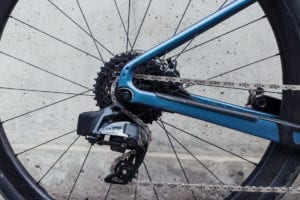 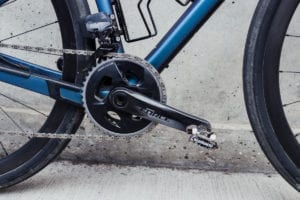 Going downhill, the flat-mount disc brakes do their job when needed and the Devote’s geometry makes it easy to shift weight towards the back of the bike. If you’re looking to take on more technical riding, it’s possible to switch out for a 30.9 dropper post to the Liv Devote Advanced Pro. You could also opt for the backcountry ready Devote Advanced 1, which comes spec’d with a dropper post, 11 speed GRX drivetrain and Maxxis Rambler 700x45c tubeless tires.

I was surprised how well the Devote Advanced Pro (advertised as a gravel race-ready bike) did on more single-track-style rides. The bike has Giant’s oversized fork steerer tube technology which is designed to provide precise front-end steering performance. The fork and the frame have clearance for up to 45c tires on 700C wheels and 50c tires on 650B wheels. 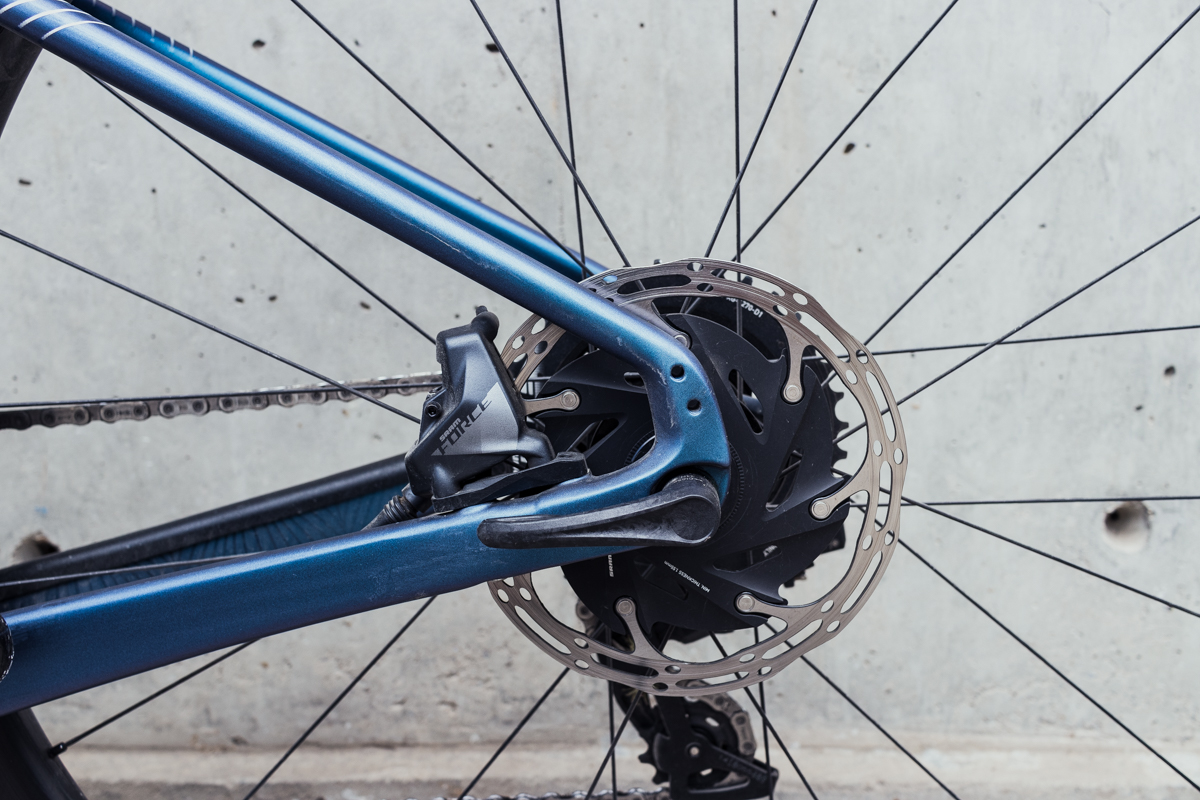 The only issue I had taking this bike on trails was the lowered bottom bracket, which lends the bike stability but doesn’t leave much clearance for tree stumps and other elevated ground features. Fortunately, the X-Defender downtube protector protects the downtube and the bottom bracket from paint scrapes and damage.

Normally, jumping into a long ride on a new bike will result in some level of post-ride aches but after a long gravel ride on the Devote, I felt great. This was partly helped by the Giant’s proprietary D-fuse vibration dampening system featured on the bike. The flared drop Giant Contact SLR XR D-Fuse handlebars are stiff but, working with Liv’s new all-condition bar tape with smart gel backing, they effectively absorb road shock and offer a variety of hand positions. The seat post has “D-shaped” tubing with a round front and flattened rear section which adds compliance without the unwanted complexity or weight associated with pivots or inserts. 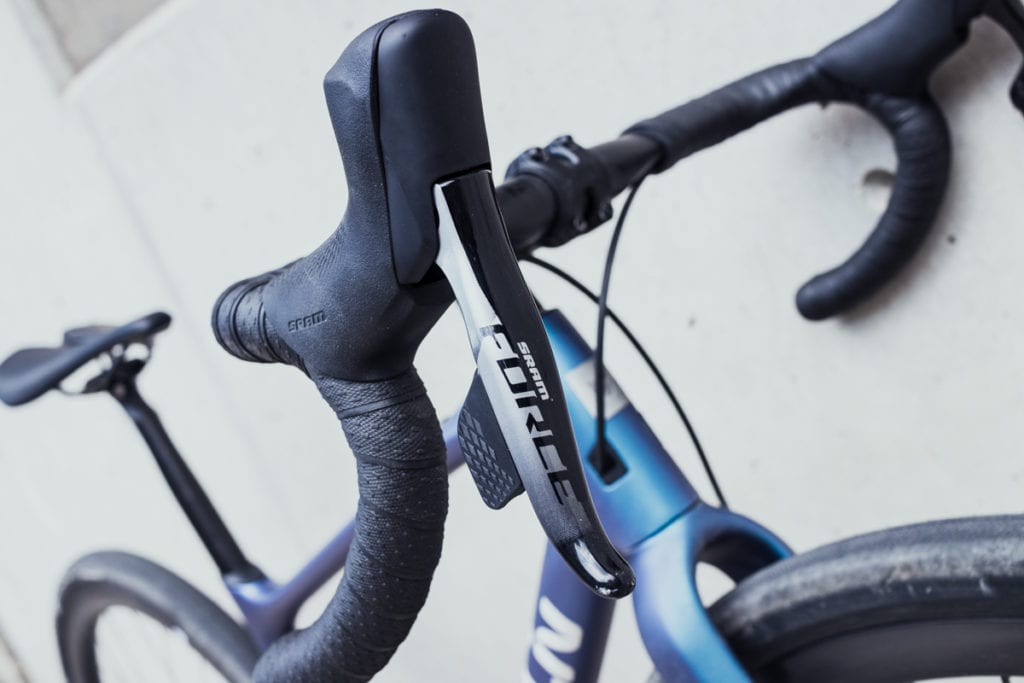 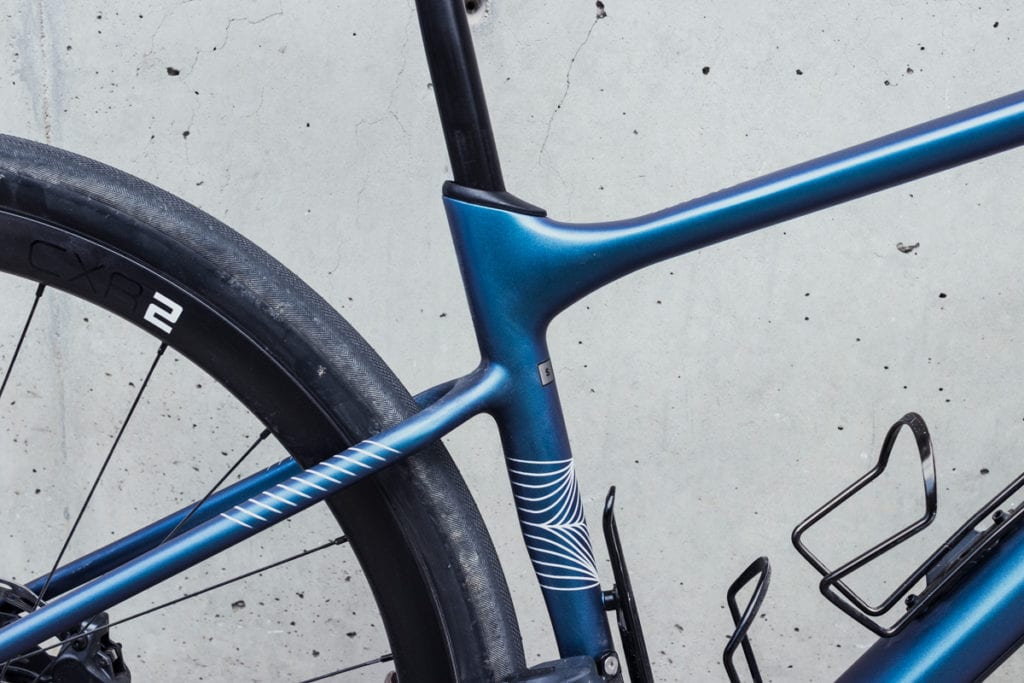 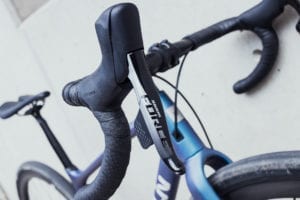 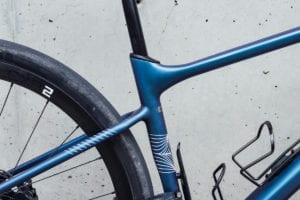 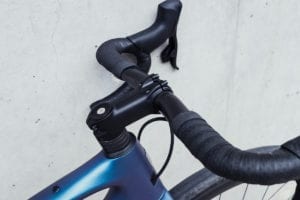 I found myself choosing the Devote over my commuter for city riding, simply because it was so fun and comfortable. The Liv Approach saddle that comes stock on the bike was comfortable for anything from five-hour rides to commuting sans chamois post-five hour ride (the true test of a saddle if you ask me).

Kaysee Armstrong, two-time winner of Rebecca’s Private Idaho, was one of the Devote testers. “I think riders will agree,” she says, “the Devote is the ultimate adventure bike that is ready for any challenge.” 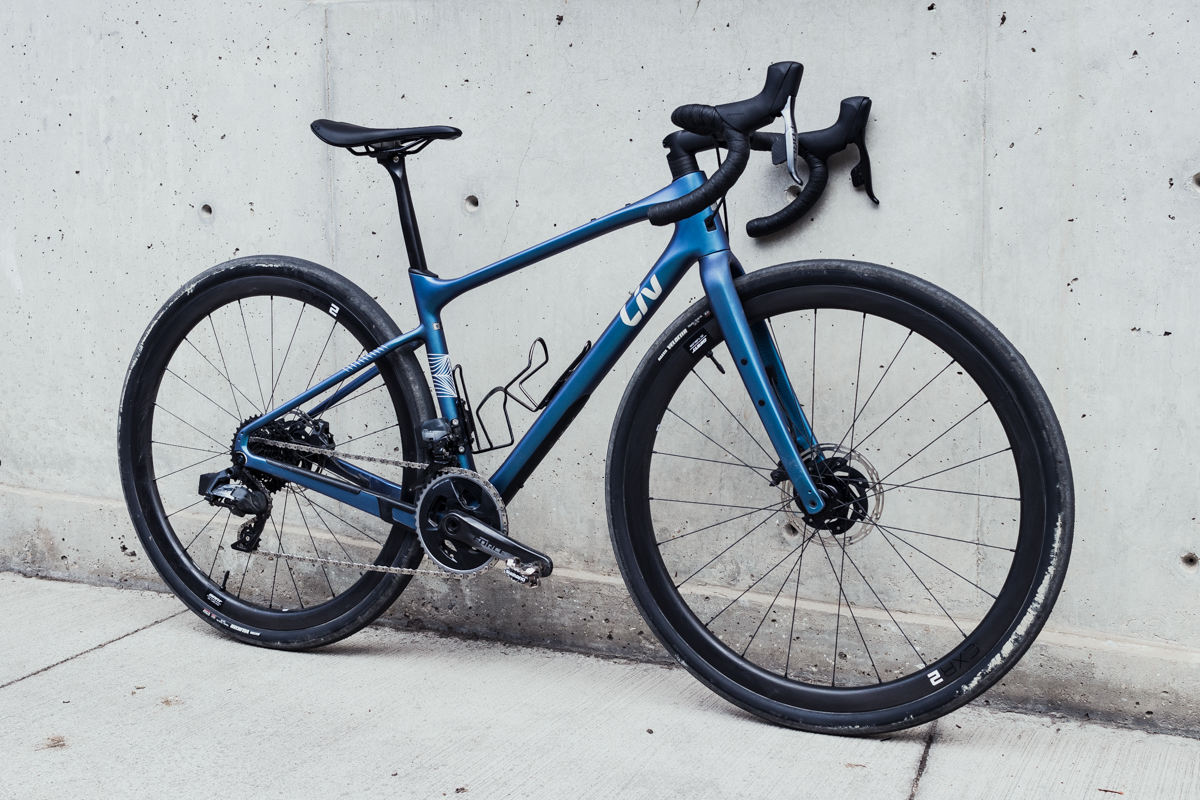 My favourite part of the Liv Devote Advanced Pro is that it was designed for a diverse range of rides and conditions, but it still has the vibe of a fast, race-ready bike. It’s nice to have the option to not only go on an adventure, but to feel like you can challenge yourself to go faster, longer and harder as you explore.