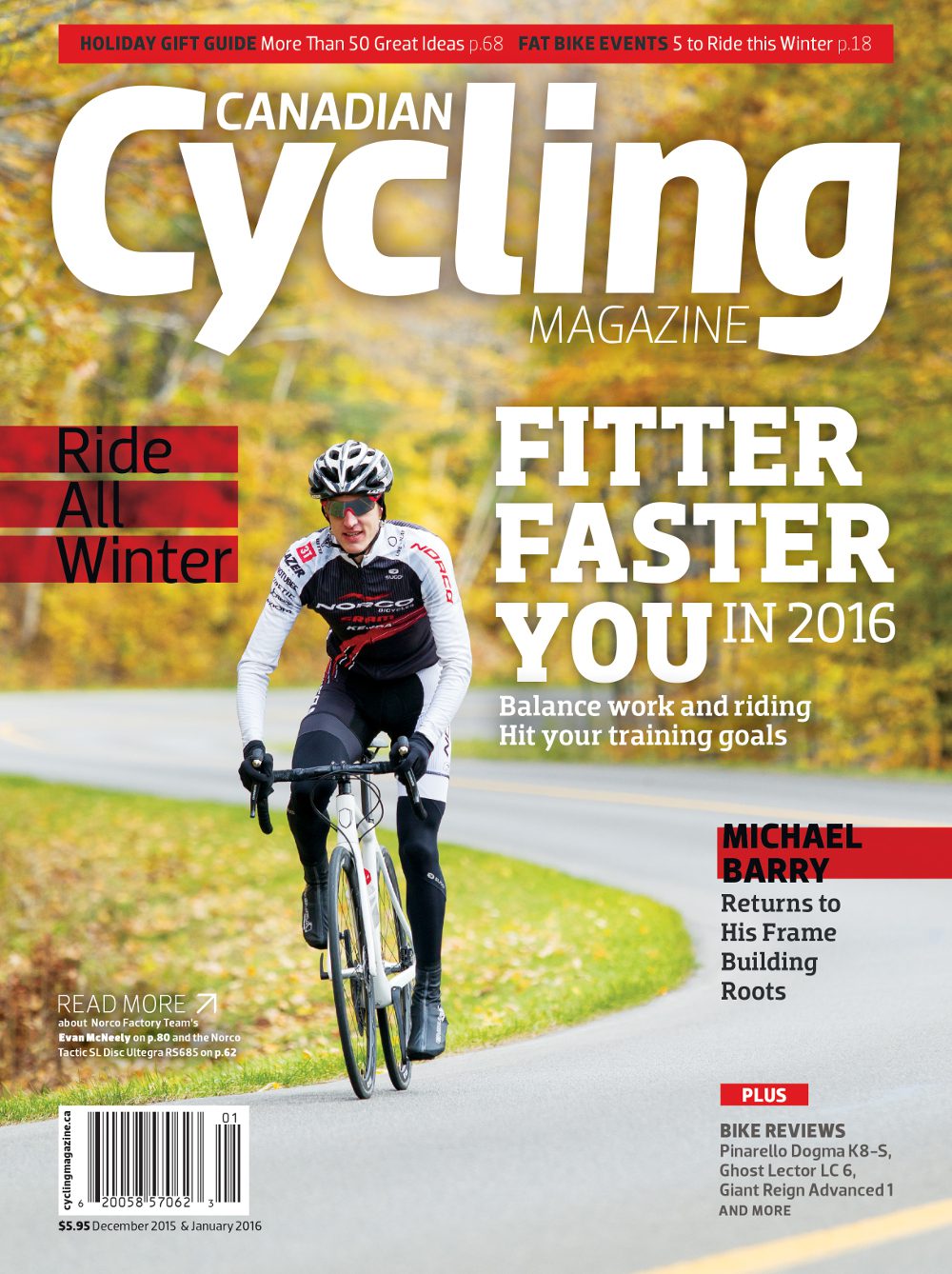 New issue of Canadian Cycling Magazine is out now. @evanmcneely is our cover model. Check it out. @norcobicycles

Ride Inside this Winter

Break free from your trainer at a bike park or velodrome. When the roads and trails are covered in snow, you can still get out and ride.
by Dan Dakin

After years of racing abroad, a son’s passion for cycling picks up where it began, at home in his father’s shop. Michael Barry looks back at his father’s steel, handmade Mariposa Bicycles and ahead to his new career as a frame builder.
by Michael Barry

Achieve Your Cycling Goals in 2016

With a new year coming and a new season to prepare for, the founders of the Cycling Gym present the strategies that will improve your riding. Maybe you haven’t ridden in years and you’ve signed up for a big charity ride. Or maybe you’ve set your sights on moving up a category. Whatever your target, we have you covered.
by Andrew Randell and Steve Neal

A mountain biker goes to the dark side
by Melanie Chambers

Just a joke or an act of aggression toward cyclists?
by Rob Sturney

Racing for others puts Canadian in rainbox jersey
by Matthew Pioro

The hub of adventure
by James “Cranky” Ramsay

Notes from the Gruppetto

All that hard work
by Bart Egnal

My end of season wrap up is in this issue of @CDNCyclingMag. Sneak preview: no 2016 Worldtour contract coming. pic.twitter.com/KaPYbz6W9X

I Am a Cyclist

How Bad Do You Want It?; Everyday Bicycling; The Culinary Cyclist

The big descents of Fernie, B.C.
by Jeff Bartlett

Counter snack attacks with these delicious defences
by Matthew Kadey

Ride over roots with confidence
by Peter Glassford

The importance of the humble derailleur hanger
by Chad Grochowina

A speedy bike, even when you’re slowing down

From stocking stuffers to extravagant, oh-you-shouldn’t have presents