There are changes across the board to the Lux platform, from geo to materials, weight and bearings. These actually drag the Lux out of a very classic, Euro XC design into the more modern version of XC, though not quite as far as last season’s Lux Trail. There’s even a new, XS size on offer. Want details? Dive in.

So, what’s new about the Lux World Cup? Well, it’s lighter. A Lux WC frame barely tips the scales at just 1,525 grams. That’s a full 127-grams lighter than the previous, and already svelte, Lux SLX. Canyon, of course, claims that doesn’t come with any sacrifice in durability. To prove that, Canyon’s tested the new Lux WC to the same Category 3 trail bike standards as its Neuron.

How? The pivot and shock extension underwent a thorough redesign. Both are simplified to improve weight. They’re also reshaped and slightly repositioned to maximize weight savings and durability. 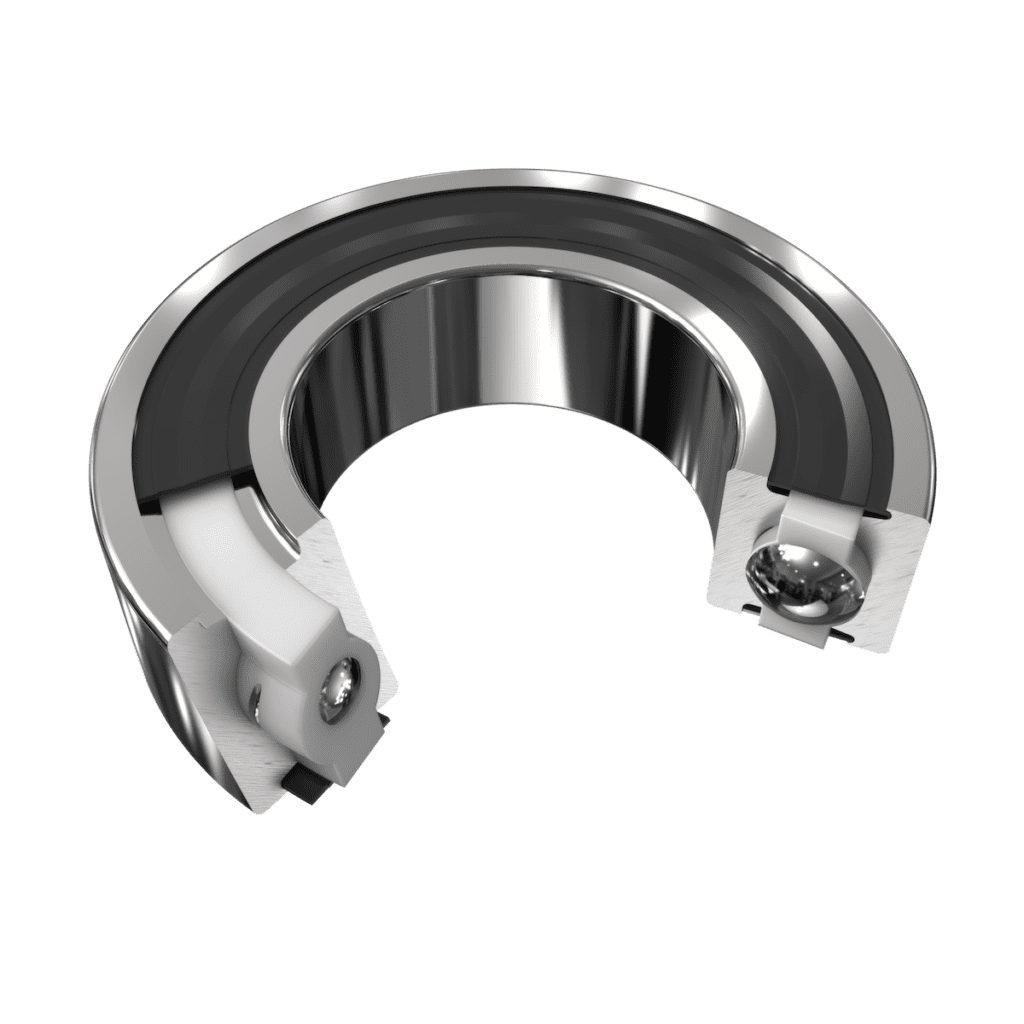 Ceramic Speed SLT bearings use a solid coating for durability. 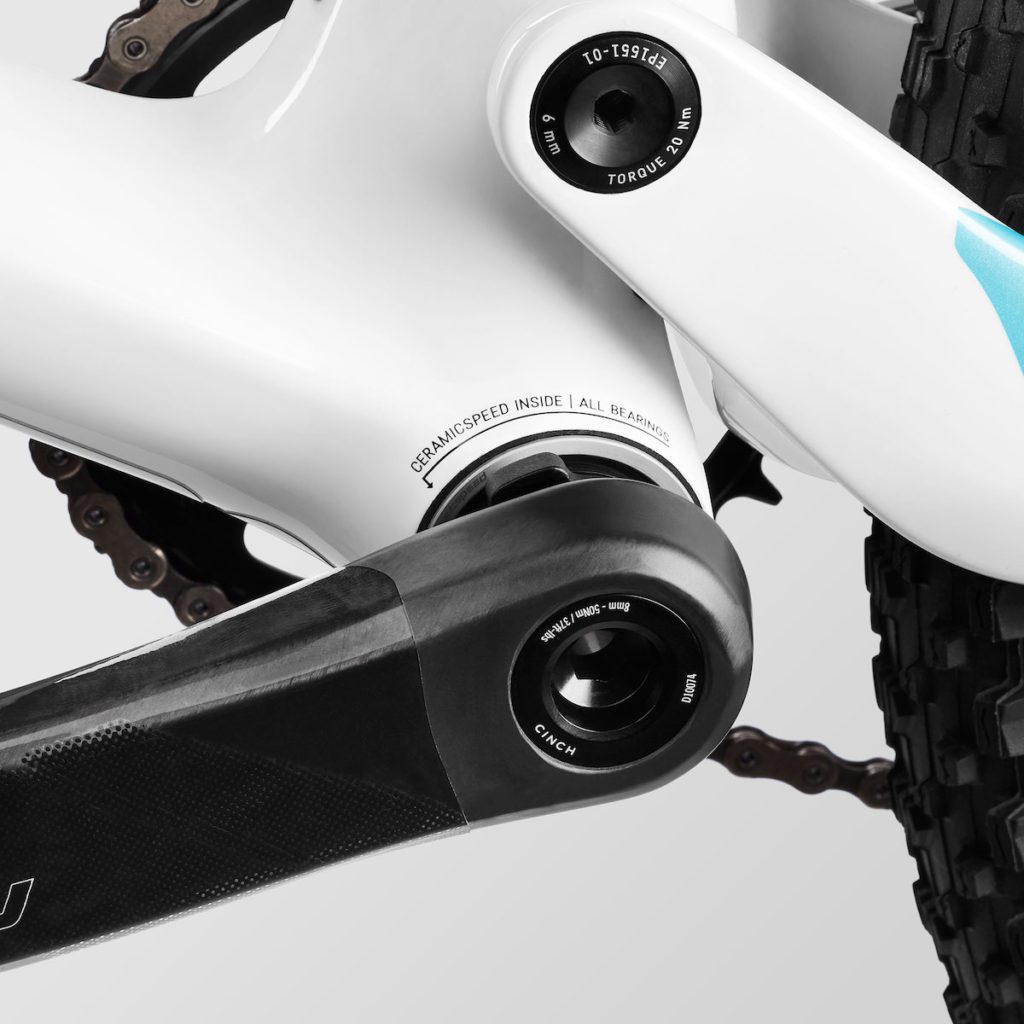 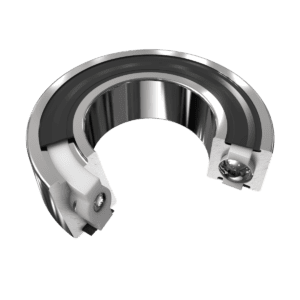 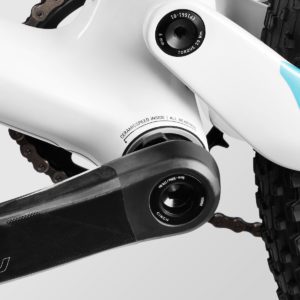 To keep the Lux WC rolling smoothly, efficiently, and for a long time, Canyon’s turned to bearing specialists Ceramic Speed. That brand’s SLT bearings, using solid lubrication instead of just grease, can be found in the CFR models at the pivots, in the bottom bracket and at the headset.

Featuring an oil­encapsulated solid plastic polymer and stainless­ steel materials, CeramicSpeed’s new, and still quite rare outside of a Canyon frame, SLT bearings are self­lubricating, corrosion­resistant and low maintenance. They also arrive with a lifetime guarantee.

Cross country racing mixes climbing speed and descending capability. While that sounds obvious, a fast race bike must be good at both. The Lux World Cup tweaks the existing frame to improve its speed in every part of a race.

To keep the Lux WC climbing fast, Canyon tweaks the suspension kinematic to improve its anti-squat. It’s still 100-mm travel, front and rear, but with more support for efficient pedaling. Added to the lighter frame, it makes the new Lux a rocket on the climbs.

Crest the hill and start heading down and there are some big changes afoot. The Lux World Cup stretches out and slackens out significantly compared to the outgoing Lux SLX. Reach grows by 15-mm across all sizes. That’s paired with a shorter stem to give the rider a more centered feeling on the bike. The head tube angle is a full 1.5-degrees slacker, going from 70 to 68.5-degrees. Taken together, these changes make the Lux World Cup more capable, and faster, on the descent. Even with the new, pedaling-focused kinematic on the rear-end.

In another nod to the changing nature of cross country racing, the seat tube is shortened by 10-mm so riders can fit a longer dropper post in the frame, if they choose.

In order to keep the Lux World Cup true to its name, as a proper cross country race bike, Canyon shortens the chainstays by five millimeters per size. This keeps the overall wheelbase in check, makes the bike easier to wind through tight trails.  The seat angle is also 0.5-degrees steeper, keeping you right on top of the pedals on the most aggressive climbs.

On top of the major changes, Canyon’s addressed a few details on the existing Lux frame. The German brand’s Impact Protection Unit, which prevents the bars from twisting too far and potentially damaging the frame in a crash, are now sleekly integrated into the top tube.

Second, internal cable routing is now fully guided. From the chainstay, through the pivot linkage, and all the way to the headtube. No messing about with messy cable changes.

And, for the long-distance racers, the front triangle is shaped to fit two water bottle cages – even on XS frames. This came in handy for the Canyon athletes that rode this frame to a Cape Epic victory earlier this year.

The new bike follows some of the cues introduced in the Lux Trail platform, like slacker head tube angles and pairing more reach with a shorter stem. But the frames are still different. The Lux Trail is slacker and longer reach (10mm) than the Lux World Cup. There’s 100-mm front and rear on the Lux WC versus 110 and 120 rear and front on the Lux Trail. The new bike keeps the overall length shorter, for faster steering. And the CFR frames are significantly lighter.

The Lux World Cup is, as its name suggests, squarely focused on racing. The Lux Trail, while still fast, tips the balance of the bike slightly towards descending capability versus all-round speed. 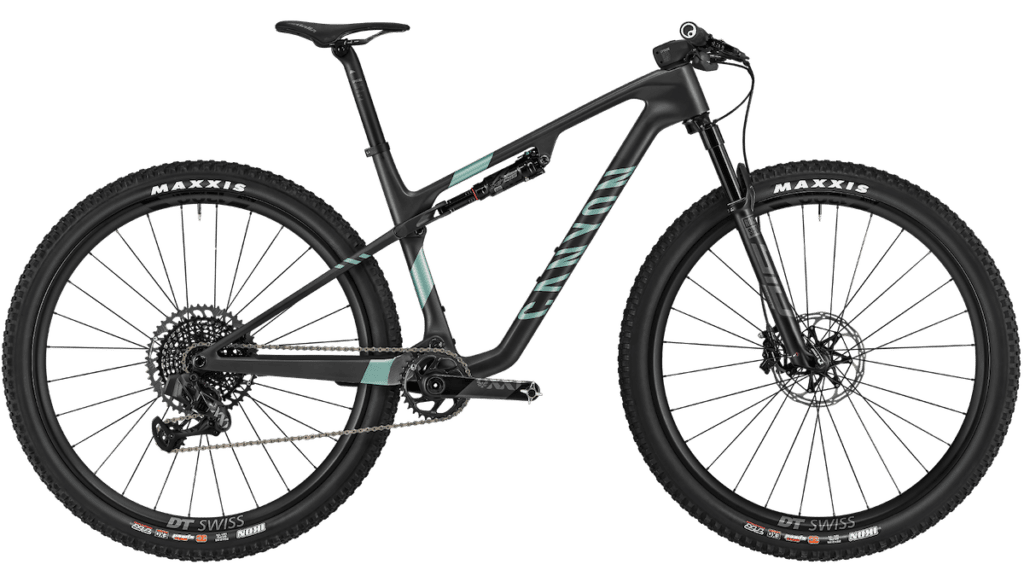 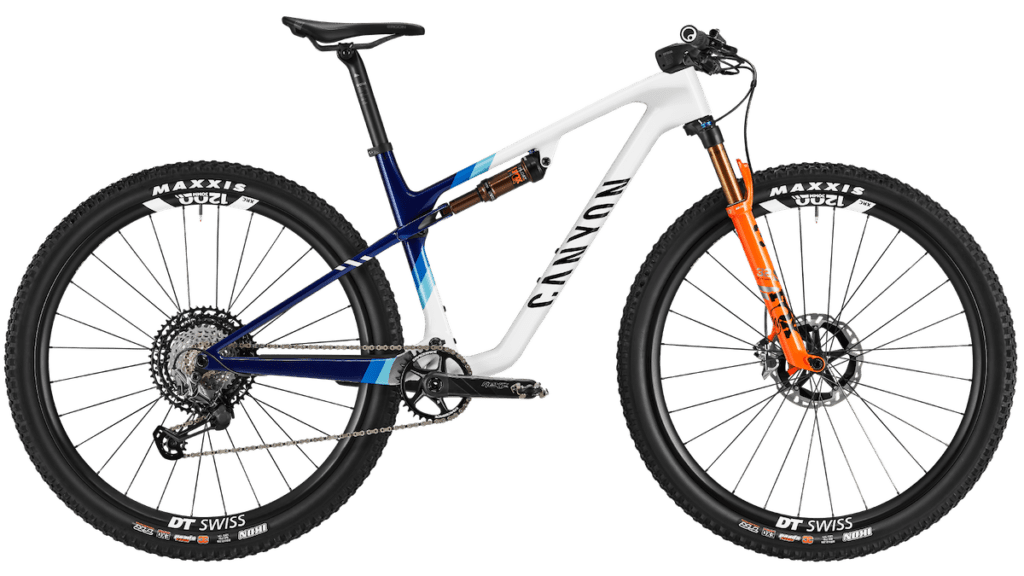 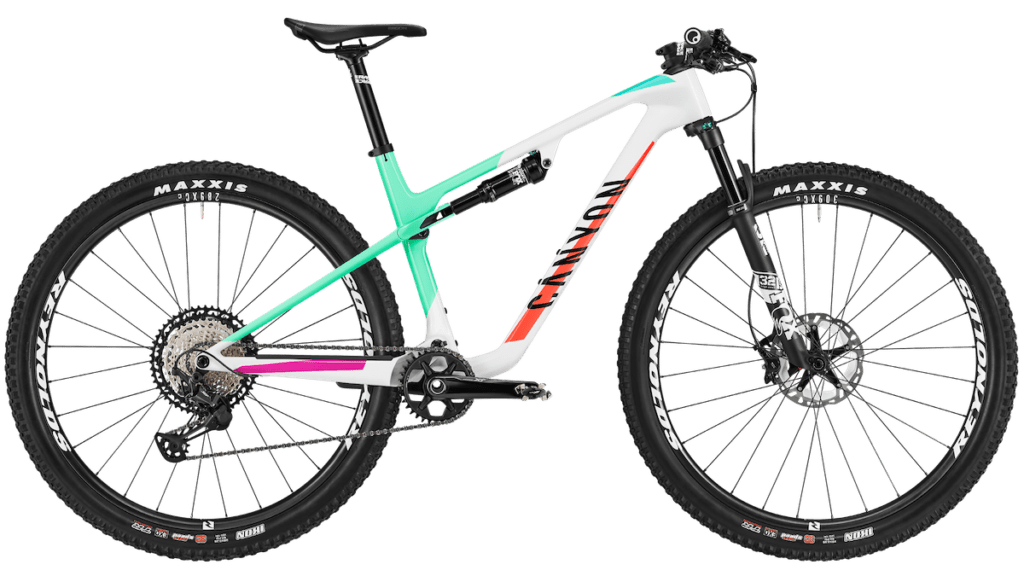 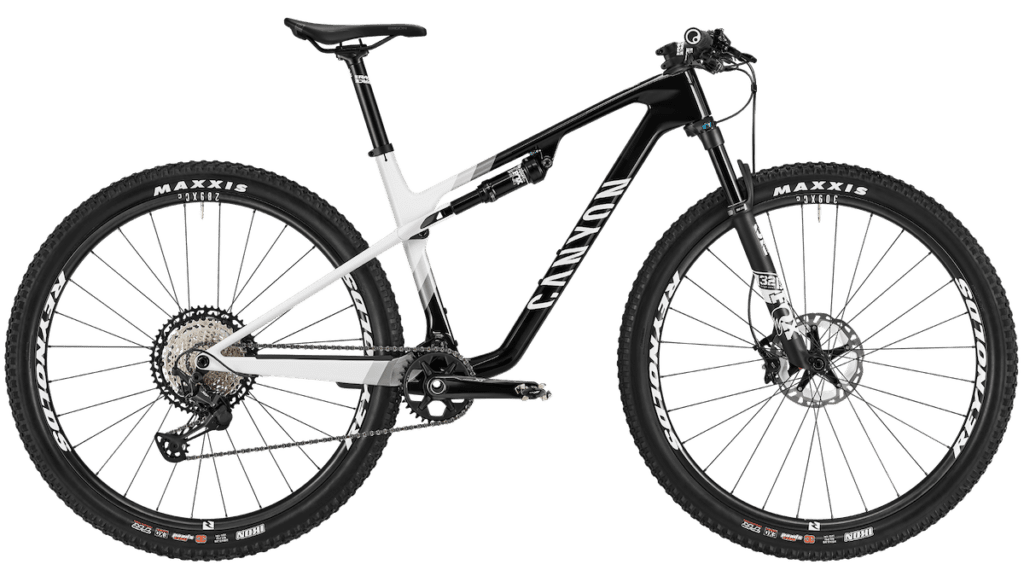 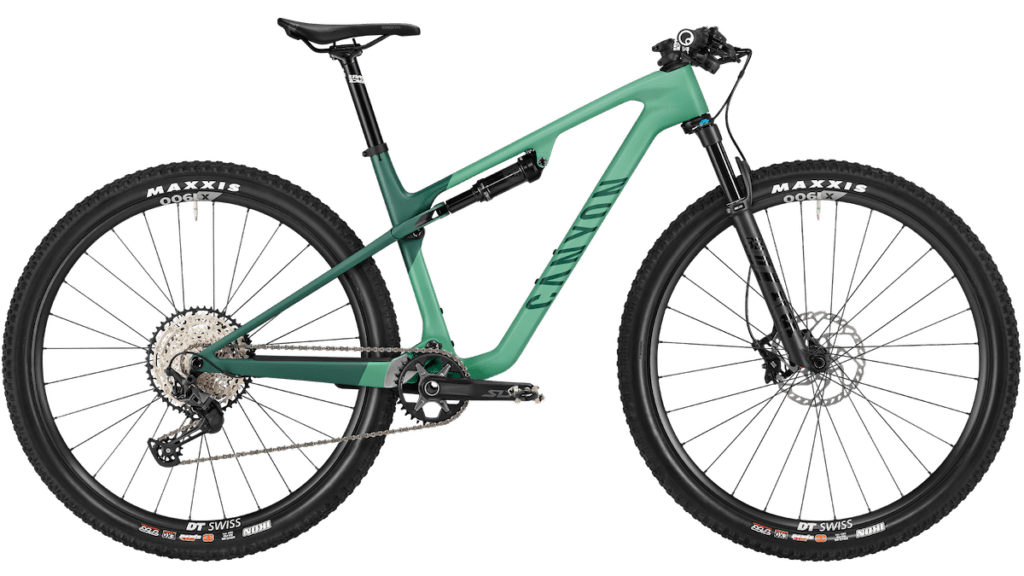 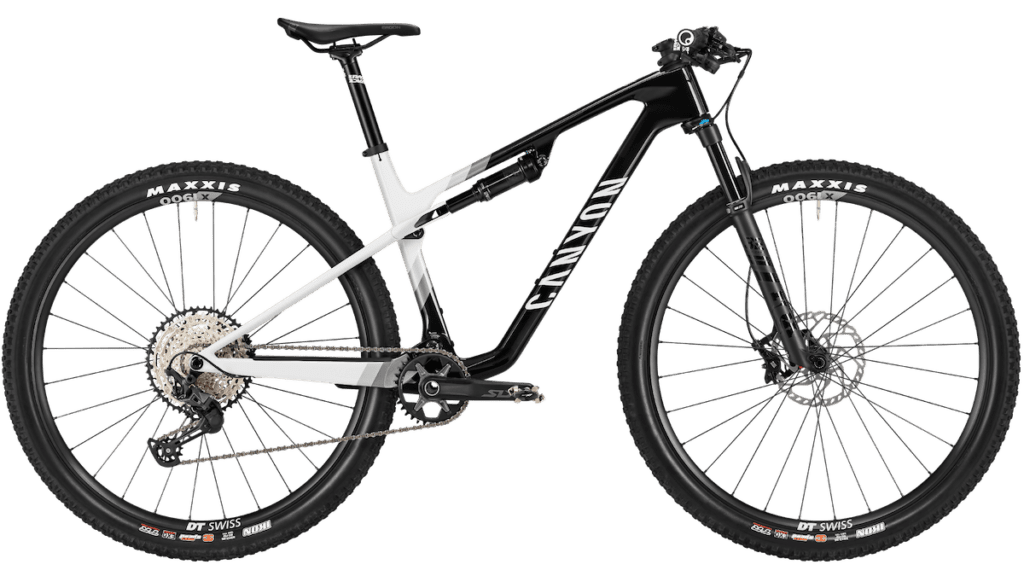 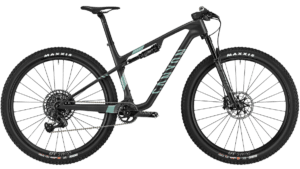 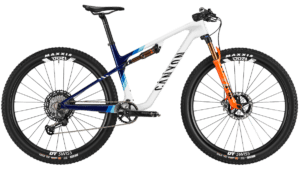 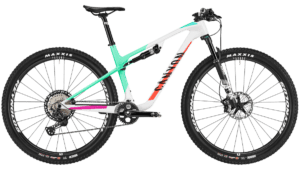 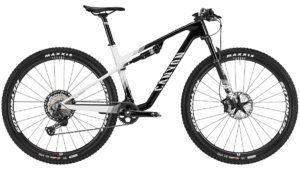 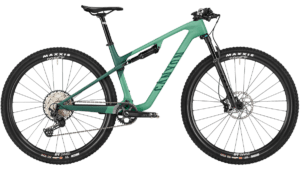 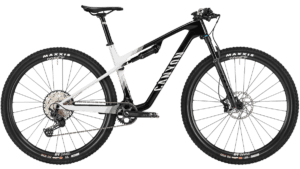