World Cup cross country racing has changed considerably in the last 20 years, but there’s been Cannondale Scalpel has  been a constant presence throughout.  That’s not to say the dual suspension design is stale. Cannondale’s top-end race platform has seen numerous updates since being introduced way back in 2001.

For 2021, the Scalpel gets its latest overhaul. A new suspension design and more current geometry keep the blade sharp on this precision race machine.

The most obvious, and eye-catching change to the Scalpel is the new FlexPivot suspension design. While sharp eyes may have caught that Cannondale was cooking up something new at early-season races, that was only a partial reveal. The updated upper-shock linkage is definitely tidier than previous generations. But it’s the razor-thin flex zones in the chainstays that set the design apart.

Cannondale designed the FlexPivot suspension to mimic a four-bar Horst link pivot, just without the hardware of a traditional pivot. Using carbon fibre flex zones to deliver 100 mm of  rear-wheel travel instead of bolts and bearings helps shave weight off the Scalpel frame. Cannondale also uses the flex zones to custom-tune the rear suspension and frame-feel to each size. As with the Habit, the Proportional Response design ensures each frame size delivers consistent suspension performance.

Slicing into a new decade

While the FlexPivot design is eye catching and lightweight – Cannondale claims a frame and shock weight 0f 1900 grams – it is not the only big change for the Scalpel. To bring the long-running model into the modern era of cross country racing, there’s a number of less-visible changes to the frame.

To start, it now fits clearance for higher-volume, 2.4″ tires, as are becoming fashionable on the World Cup circuit. Cannondale’s Ai offset drivetrain helps create clearance for the large tires while keeping the chainstays to a short 436 mm to preserve traction and agility.

To adapt to steeper, more challenging tracks, the 2021 Scalpel has a headtube angle a full 1.5-degrees slacker than the outgoing model. Combined with a one-degree steeper seat tube angle and the 100-mm travel Lefty fork’s long offset, this change keeps riders on top of the bike and in control while providing more stability over rough terrain.

For those that like the Scalpel but want a bit more, there’s the Scalpel SE. Bumping the travel from 100-mm to 120-mm front and rear lets you push further on the SE. The long-legged version of the Scalpel also pushes the geometry changes further. The head tube angle slackens from 68-degrees to a more trail-friendly 67-degrees.

Whether you use the Scalpel SE as an superlight trail bike or a more capable machine for XC Marathons, it comes prepared for both. The SE’s are kitted out with dropper seat posts, and a more aggressive parts build. 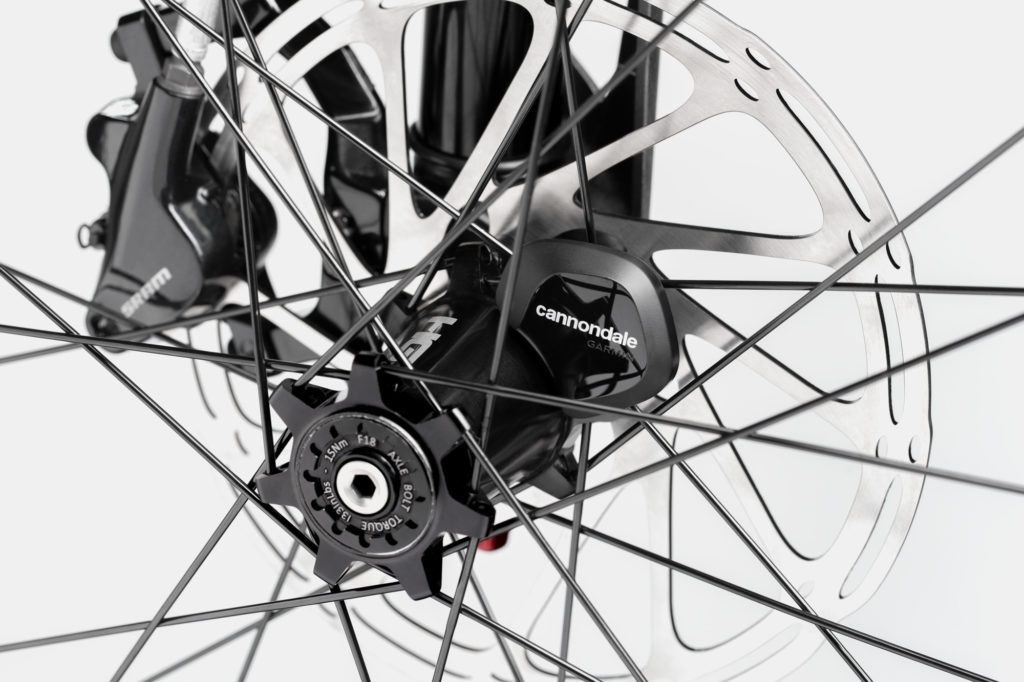 Lefty, but with Garmin Connect 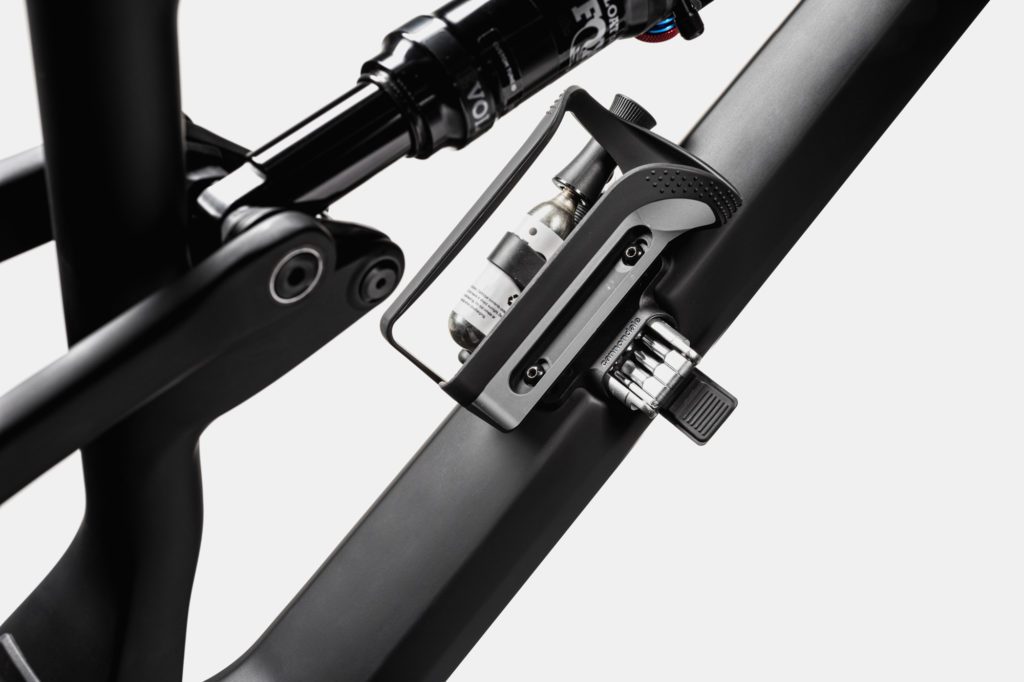 STASH tucks in under a waterbottle cage, including a 10-piece Fabric multi-tool. 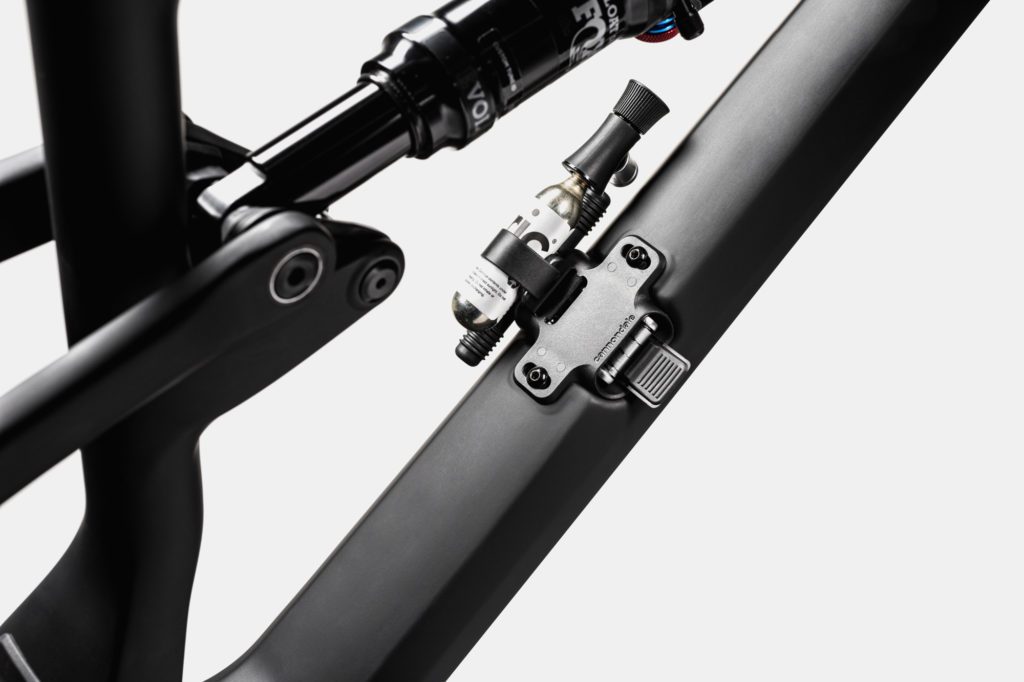 Dynaplugs and a CO2 cartridge tuck below the waterbottle mount. 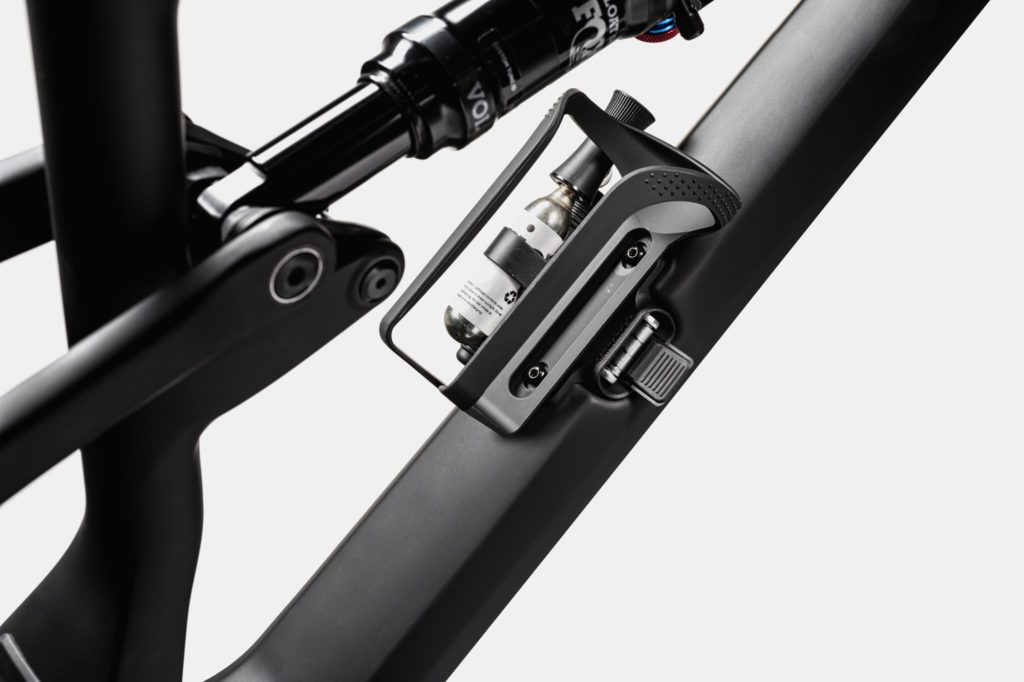 STASH full, with everything all tucked away. 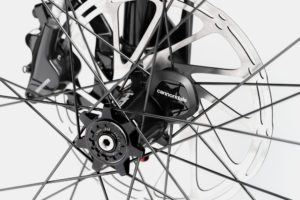 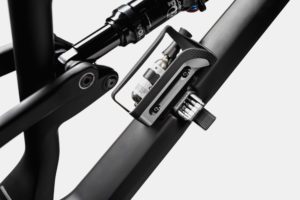 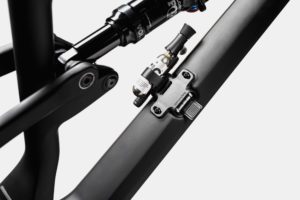 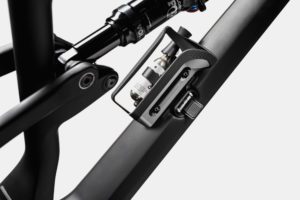 On-bike storage is all the rage right now. With the new STASH system, you won’t be left out or leaving anything behind. As you’d expect from a race-focused frame, Cannondale’s version of on-bike storage is pared down compared to some other options. There’s room for an 8-in-1 mini-tool from Fabric, Dynaplug tubeless plug kit, and a place for a CO2 inflator or small mini-pump. The STASH is optional, and removable for days when you want all extra weight off the bike.

Finally, an integrated Garmin wheel sensor delivers accurate speed, route and distance information via the free Cannondale App. It also registers your bike and can be set to remind you of upcoming service intervals. 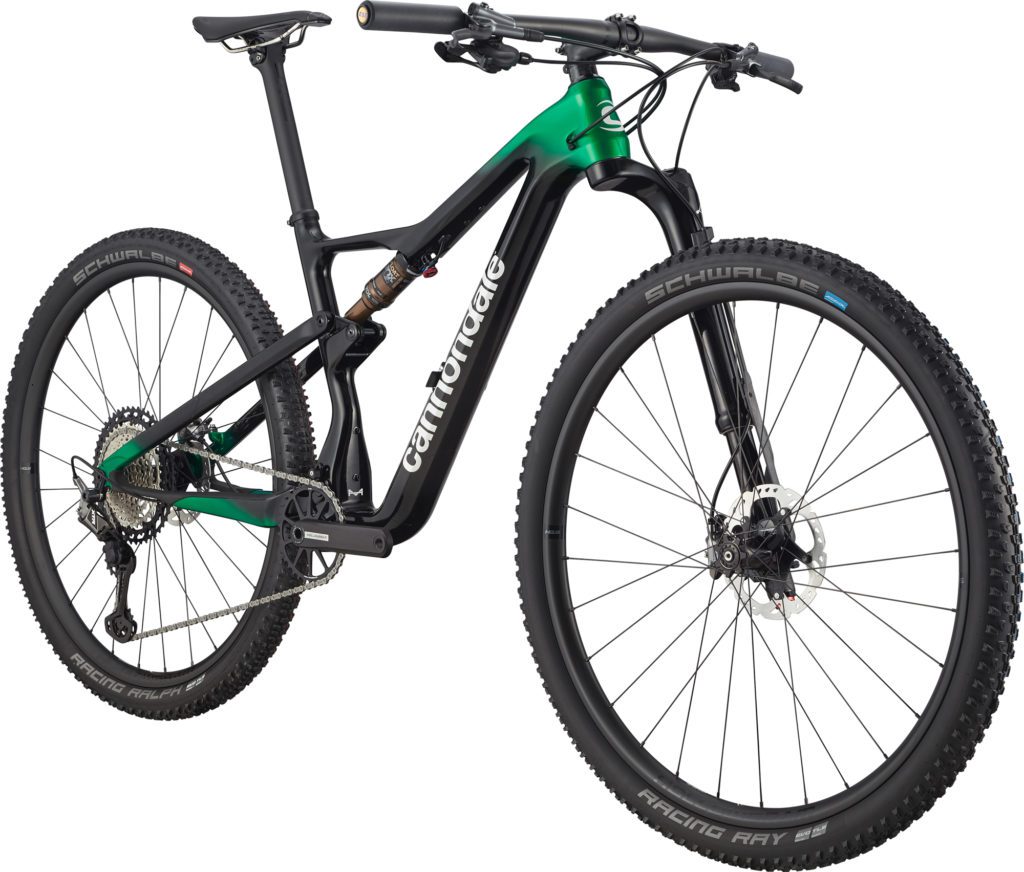 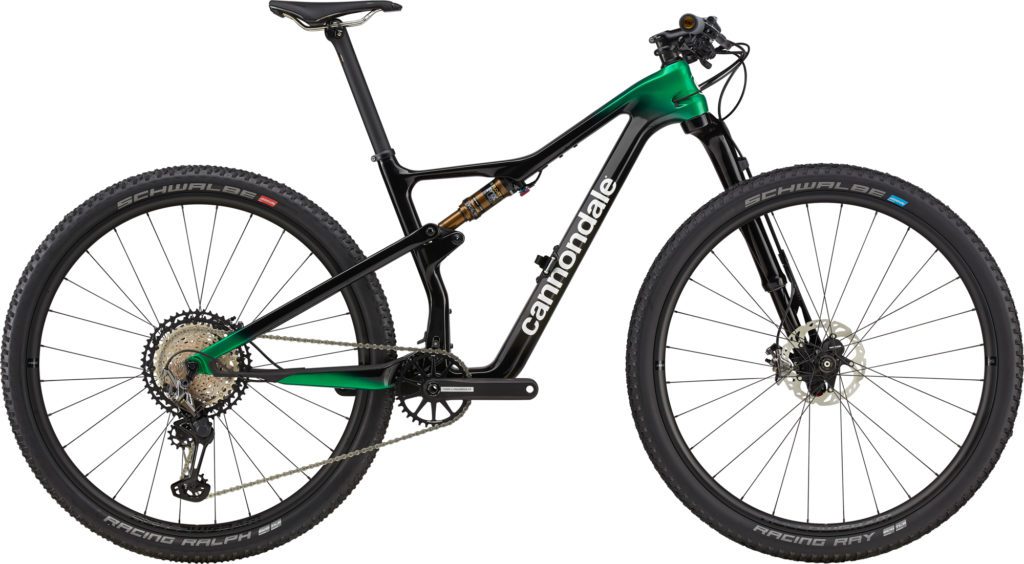 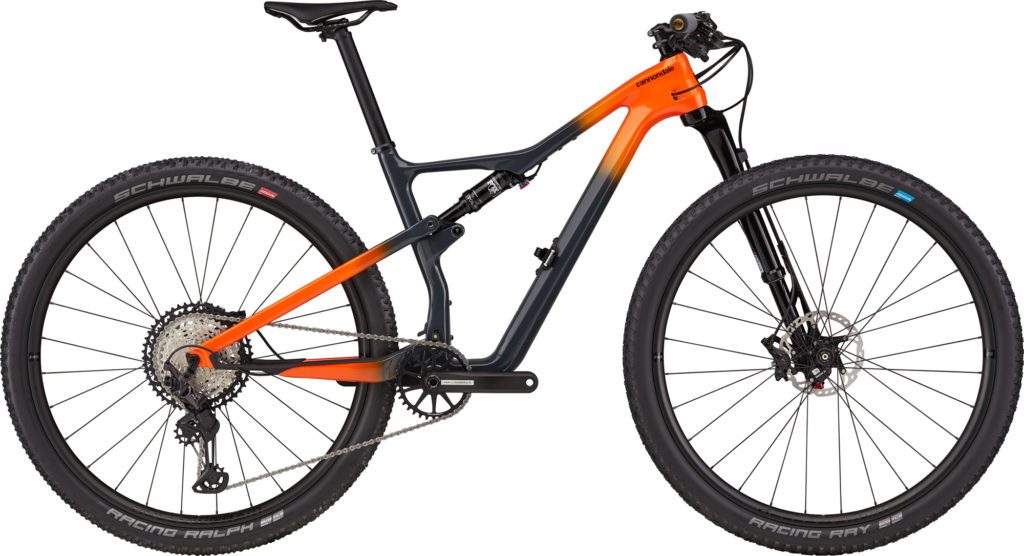 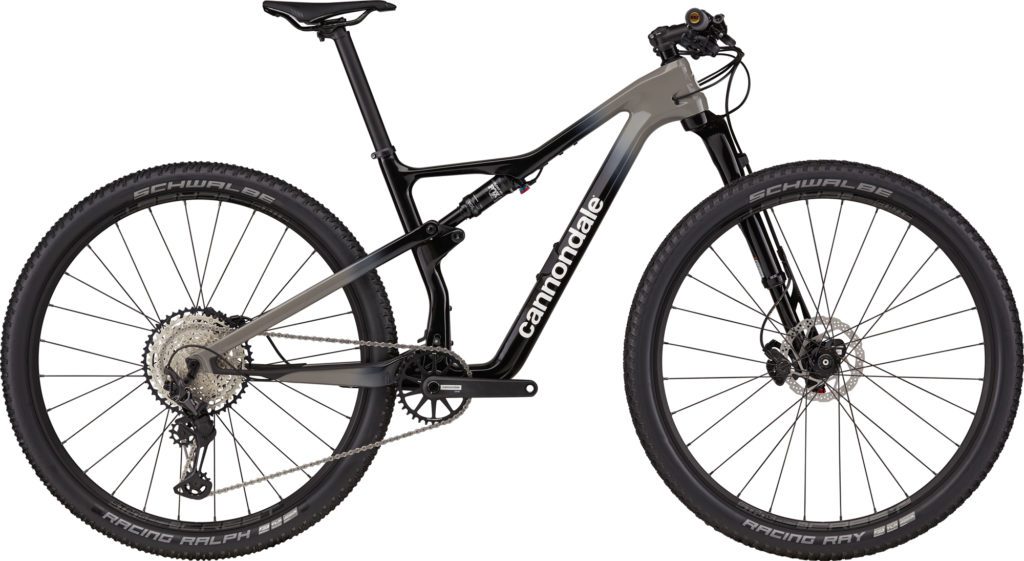 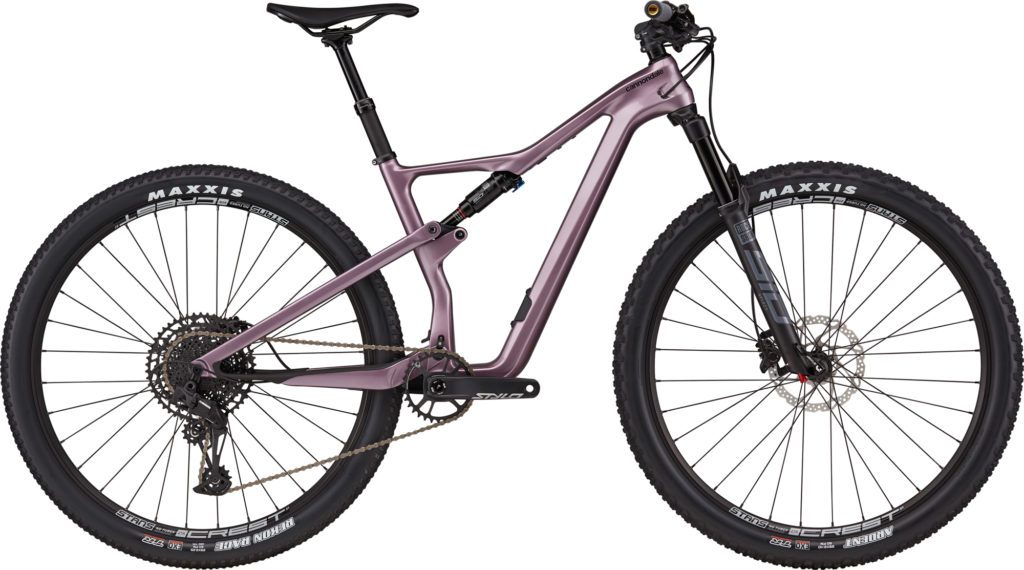 Moving on to the 120 mm-travel version, the Women's Scalpel Carbon SE comes in lavender. 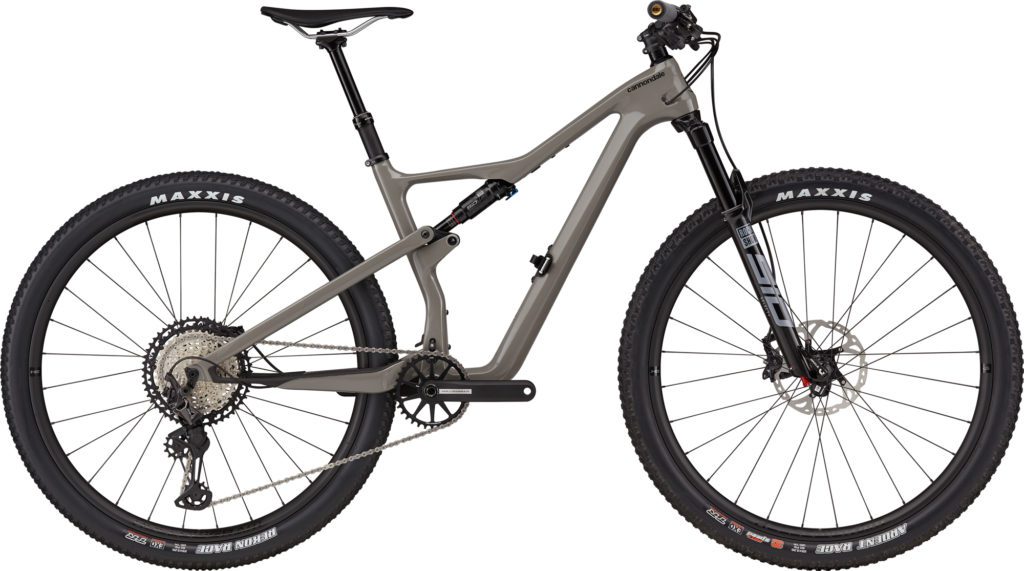 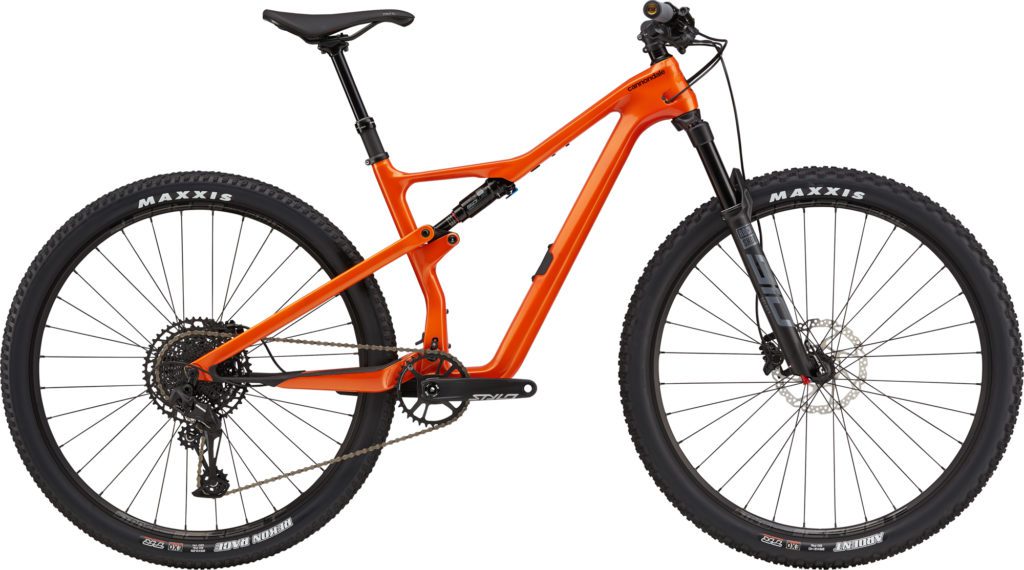 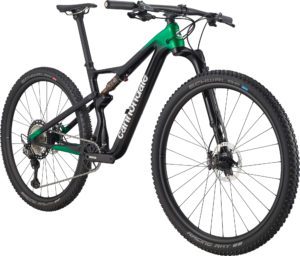 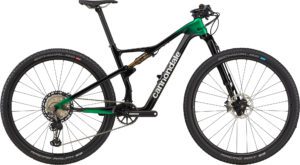 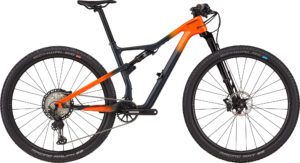 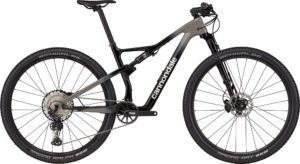 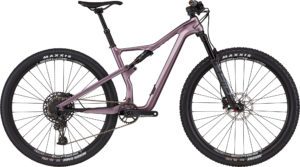 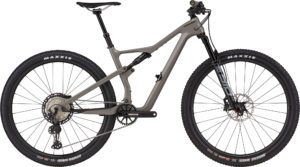 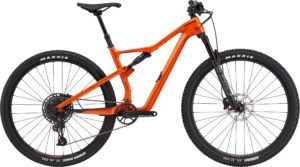 Six models will be available in North America. At the top-end, you can race like Avancini on the Scalpel Carbon Hi-Mod 1, which comes in at a cutting $11,000. Two more builds offer options down to $6,000 in the 100-mm travel race-focused build.

All models are available in sizes small, medium, large and XL, except the SE Women’s. The Scalpel SE Women’s runs from S – L.

Dive deeper into the 2021 Scalpel and Scalpel SE line at Cannondales website.