Emily Batty and Adam Morka are racing the 2021 BC Bike Race together as a team of two, but the wife-husband duo are riding very different Canyon bikes. Batty is on the very new Lux Trail while Morka is riding the slightly beefier Neuron trail bike.

The pair leading the Open Mixed Team category, and winning each of the first four days. But, with a long season of travel for racing, Batty between the tape at World Cups and Morka on the road running the new Canyon MTB Racing team, both riders are enjoying a bit more casual approach to BCBR.

“Adam and I have never done a duo race before. We train together all the time, though, so we’re just doing what we do normally and having a really fun time,” says Batty of how her and Morka are getting on on course. “The trails are so fun there. Organizers have nailed all these details and thought of so many things. It’s great just to be a part of BCBR.”

While racing as a team can be challenging, especially as the cumulative fatigue of six days of racing sets in, Batty and Morka’s years of training together make them a natural team on course. The pair have settled into a natural rhythm of Morka leading, in part because he’s running a massive, 36-tooth chainring up the technical Penticton trails, and Batty following.

“We’re both really close in fitness right now,” Batty explains of their pacing strategy, adding “He knows my pace – what I can hold all day climbing – so he gets in front and we just go. On the descents, he’s one of the most talented riders I’ve ever met, so he goes to the front and I follow. He’ll never go more than 100m or so ahead, just in case there’s any mechanicals.” 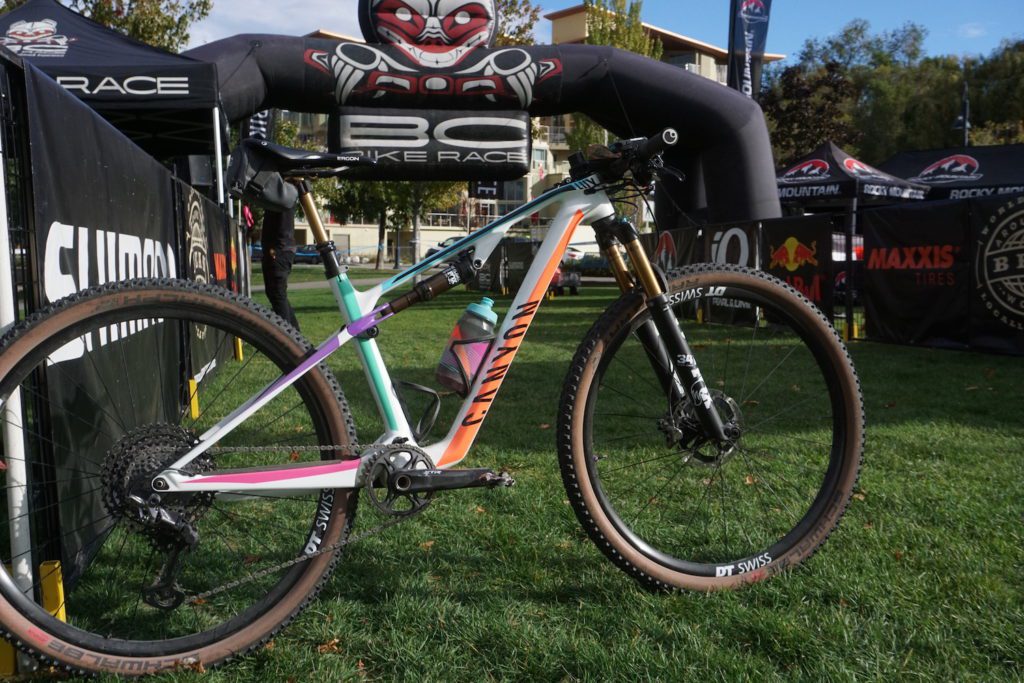 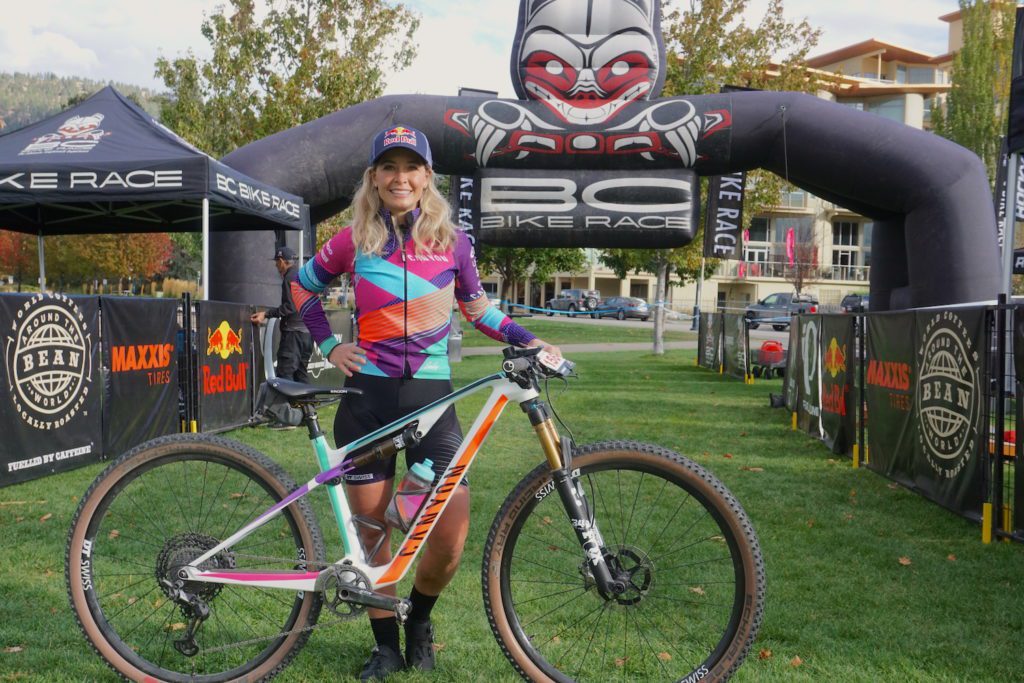 With the Canadian joining Canyon, she's had her first pro-model bike that available publicly with her name on it. How cool! 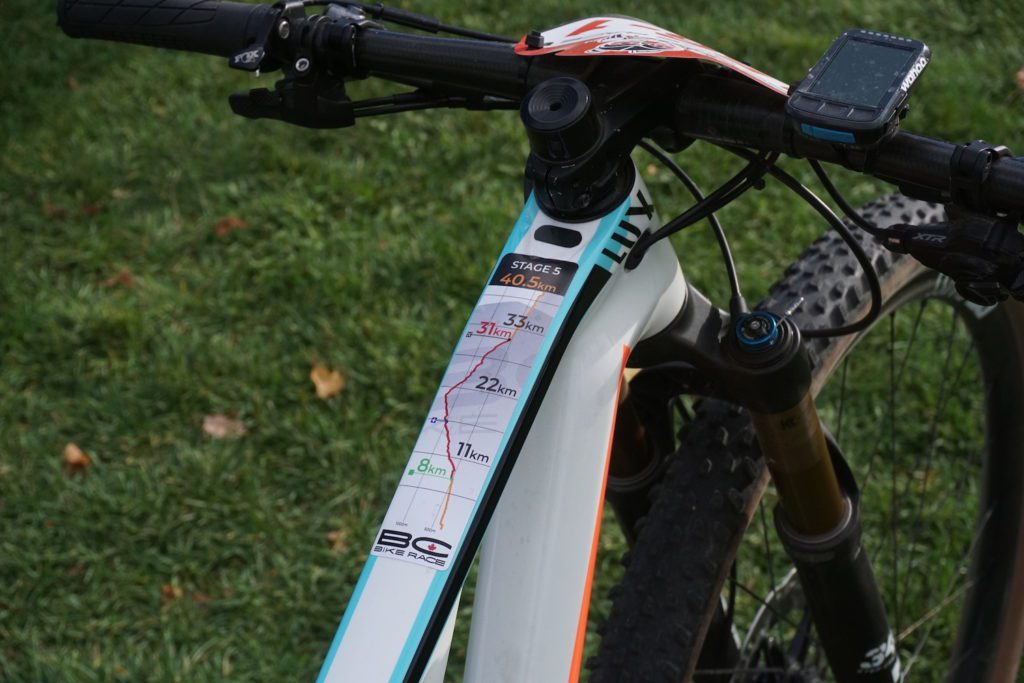 With six days of racing to keep track of, BCBR sends racers out wtih elevation and distance graphics for each stge. 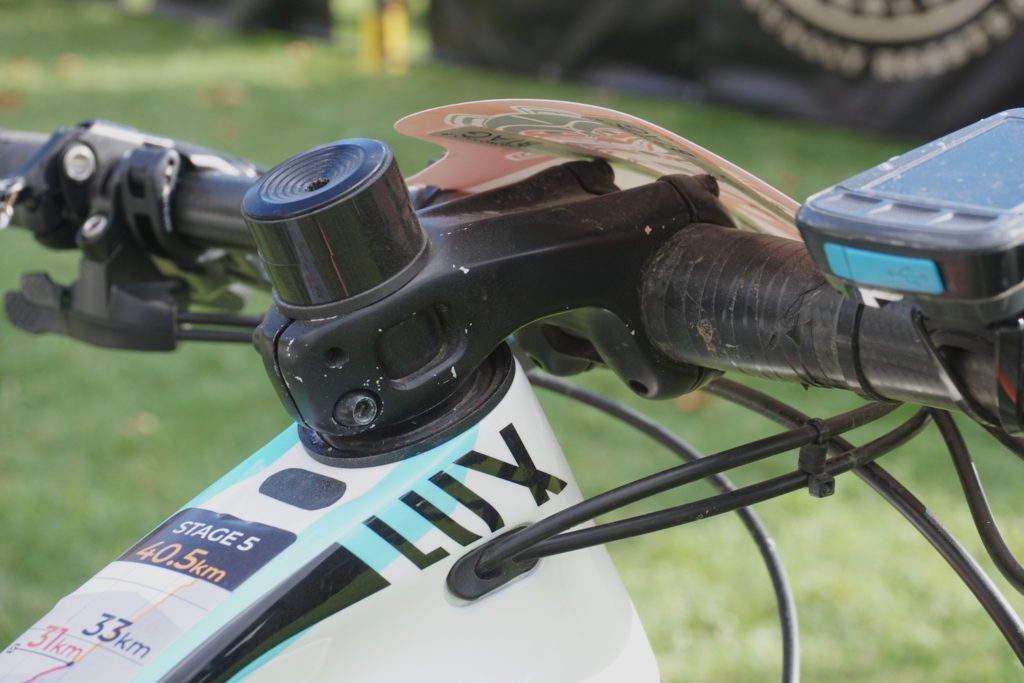 Batty's bar and stem combo were pulled directly off of her World Cup Lux SLX for BCBR, nd show some signs of a full season of racing. 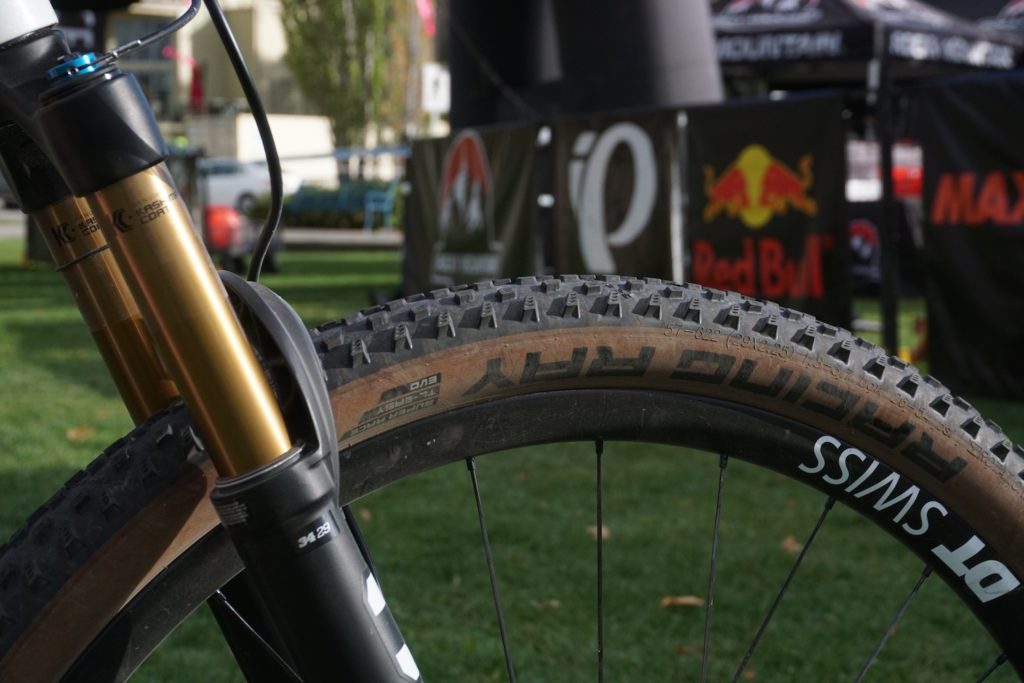 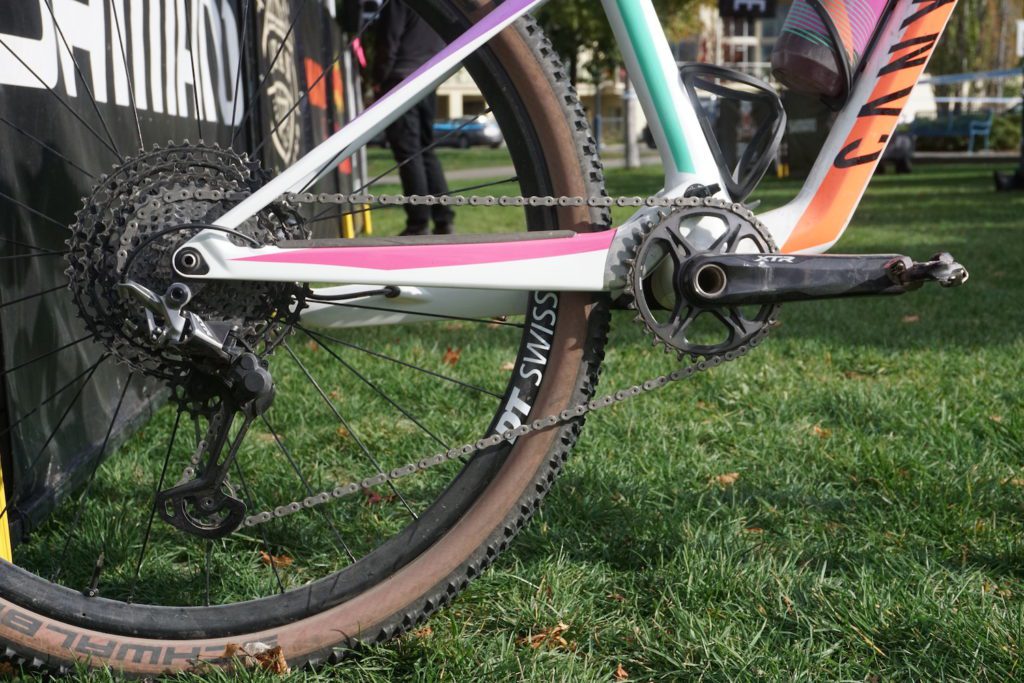 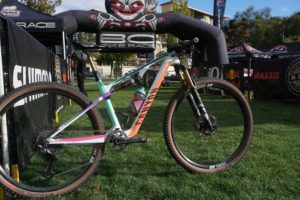 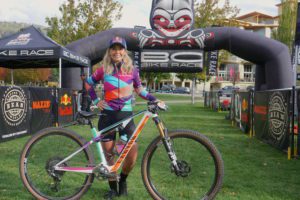 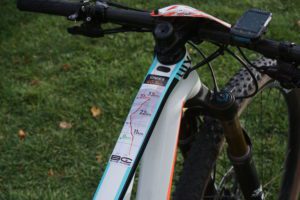 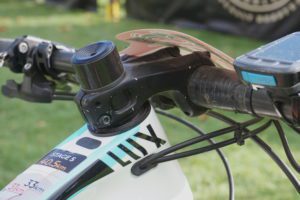 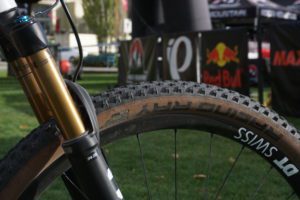 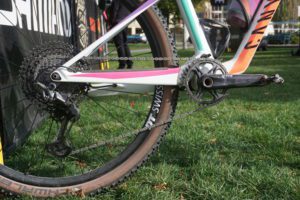 Emily Batty is racing BCBR on a brand new Canyon Lux Trail, in the bright colours of the Canyon MTB Racing. The bike 110mm travel bike – with a 120mm fork – is mostly stock, decked out in a Fox 34 Factory Step-Cast with remote lock-out, Shimano XTR 12-speed drivetrain and brakes, and DT Swiss XRC 1200 carbon fibre wheels. The Canadian is running Schwalbe’s faster tires for racing, though.

“The first day I was running Wicked Will tires. Having the extra volume was good, especially on those shelves of exposed rock,” Batty explains. “I’ve switched back to the Racing Ray. With the extra suspension on the Lux Trail, it’s totally fine.” A tire insert has been added to the rear tire to help protect against Penticton’s sharp rocks, though. Better safe than sorry. An extra saddle bag, “we’d obviously never run that for World Cup racing,” adds further protection for more complex mechanical issues that, at BCBR could occur far from home. 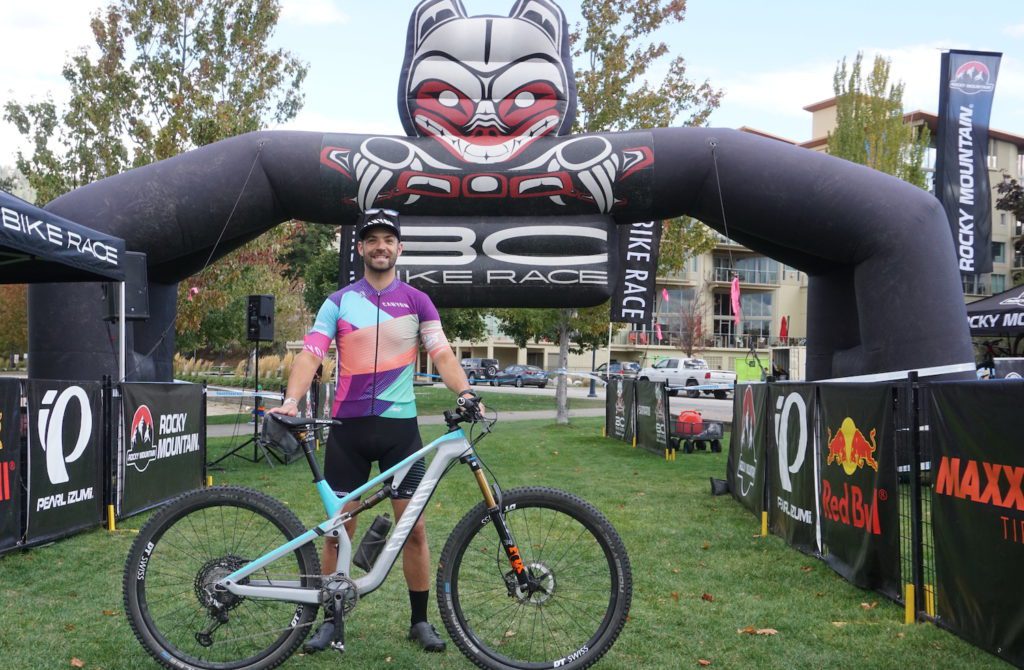 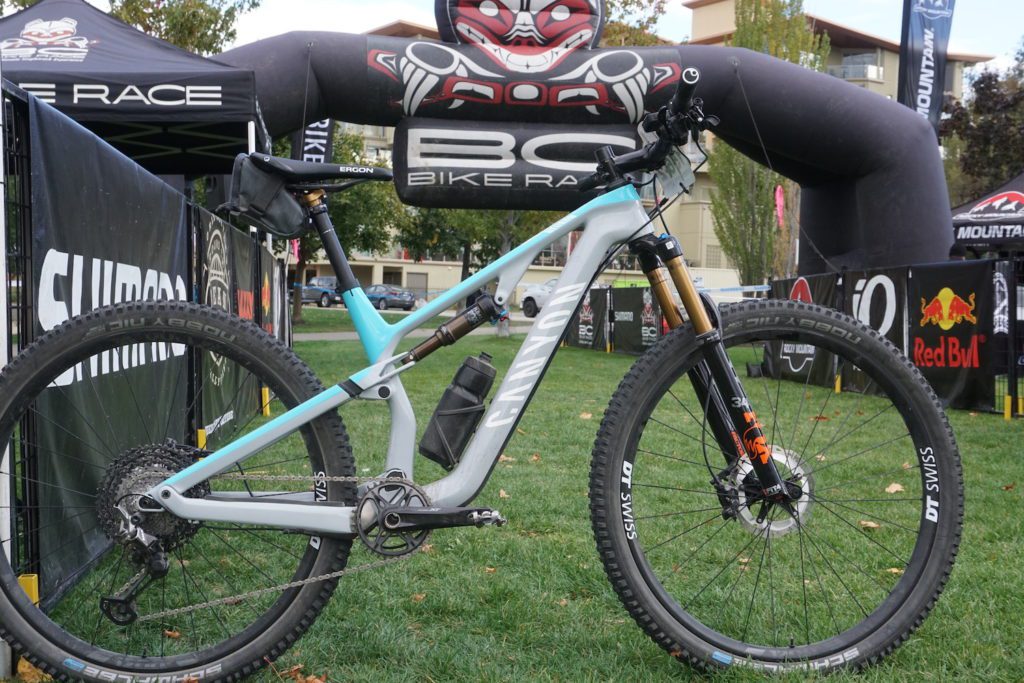 His Neuron is a 130-mm travel trail bike 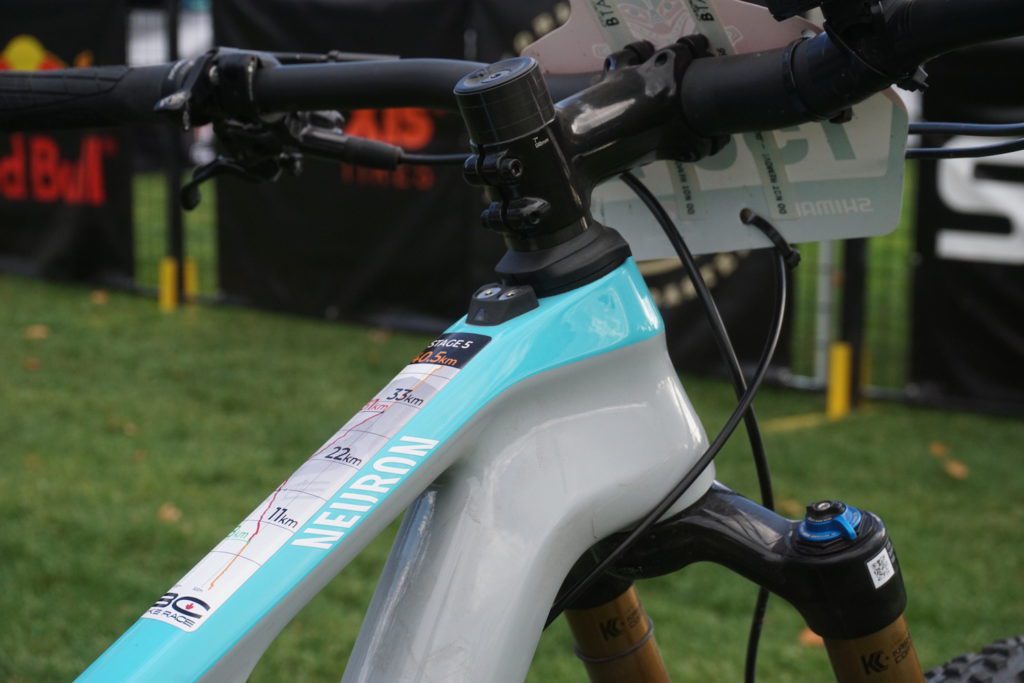 Like most Canyons, the Neuron CF has an "impact protection unit" to keep the bars from hitting the stem. 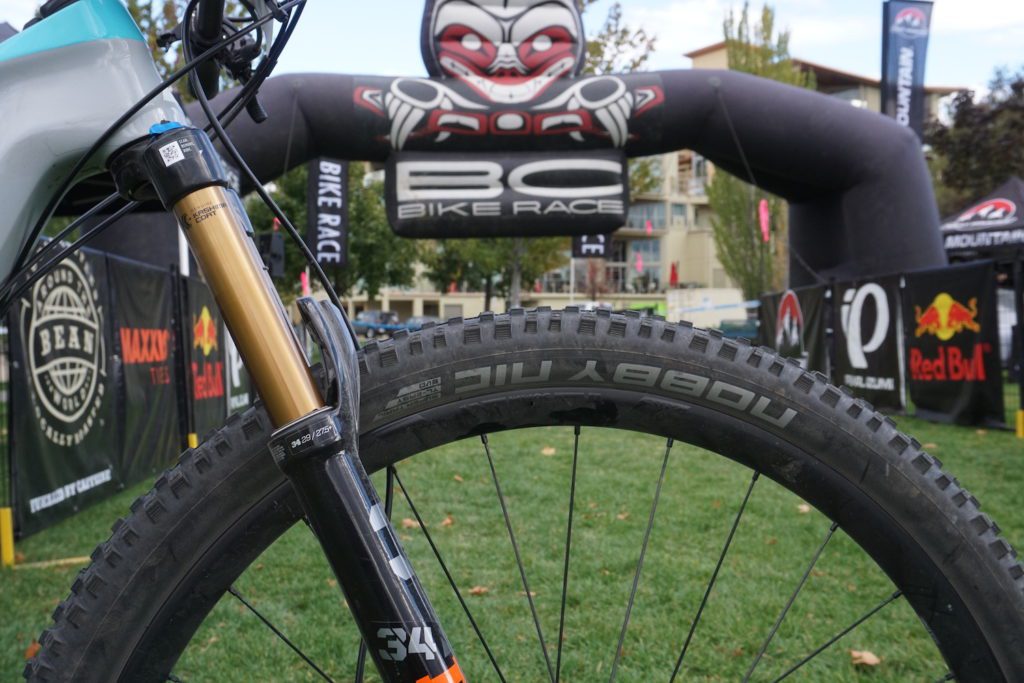 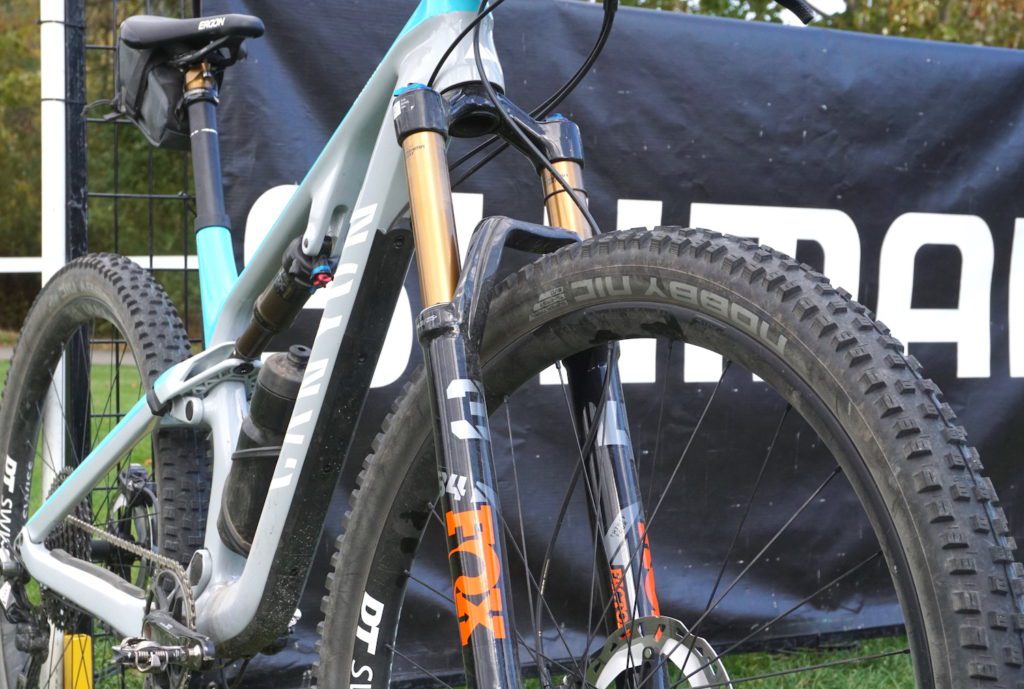 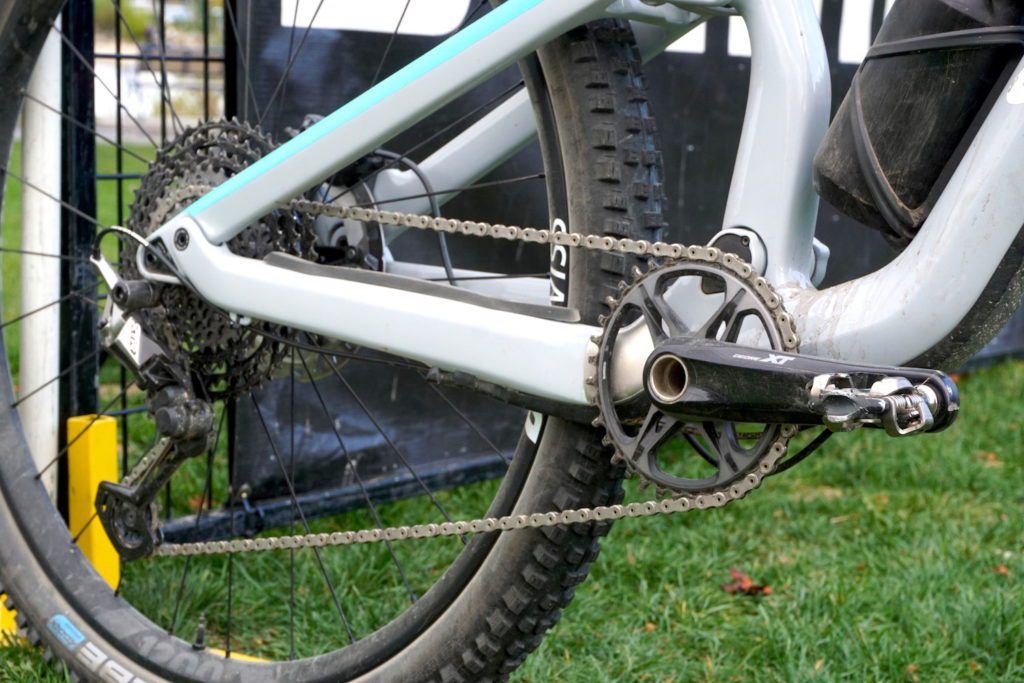 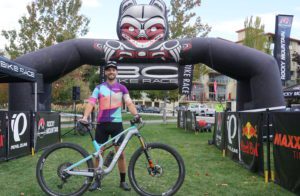 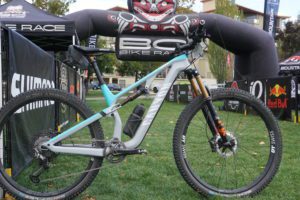 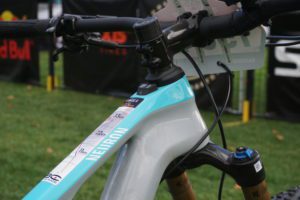 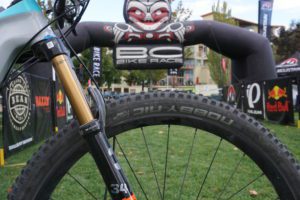 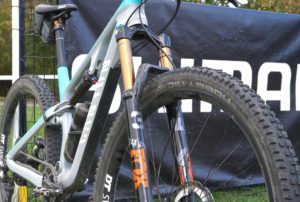 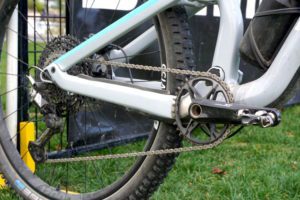 Adam Morka is running a slightly less racy build. His Canyon Neuron has a full 130-mm travel front and rear and a sturdier Fox 34 Factory fork, with no remote lock-outs to be found. He’s running tougher Nobby Nic tires on his DT Swiss 1200 wheels and a more relaxed cockpit set up, with riser bars and a less aggressive stem. While the bike is more “fun” focuses than Batty’s race bike, a massive 36-tooth chainring means the Neuron is ready to go fast when BCBR’s neutral stage starts end and the pair are on the clock.

Batty and Morka aren’t the only Canyon MTB Racers on course at BC Bike Race. Laurie Arseneault currently leads the women’s race on a much more speed-focused bike. We’ll have details on her race whip shortly, stay tuned.