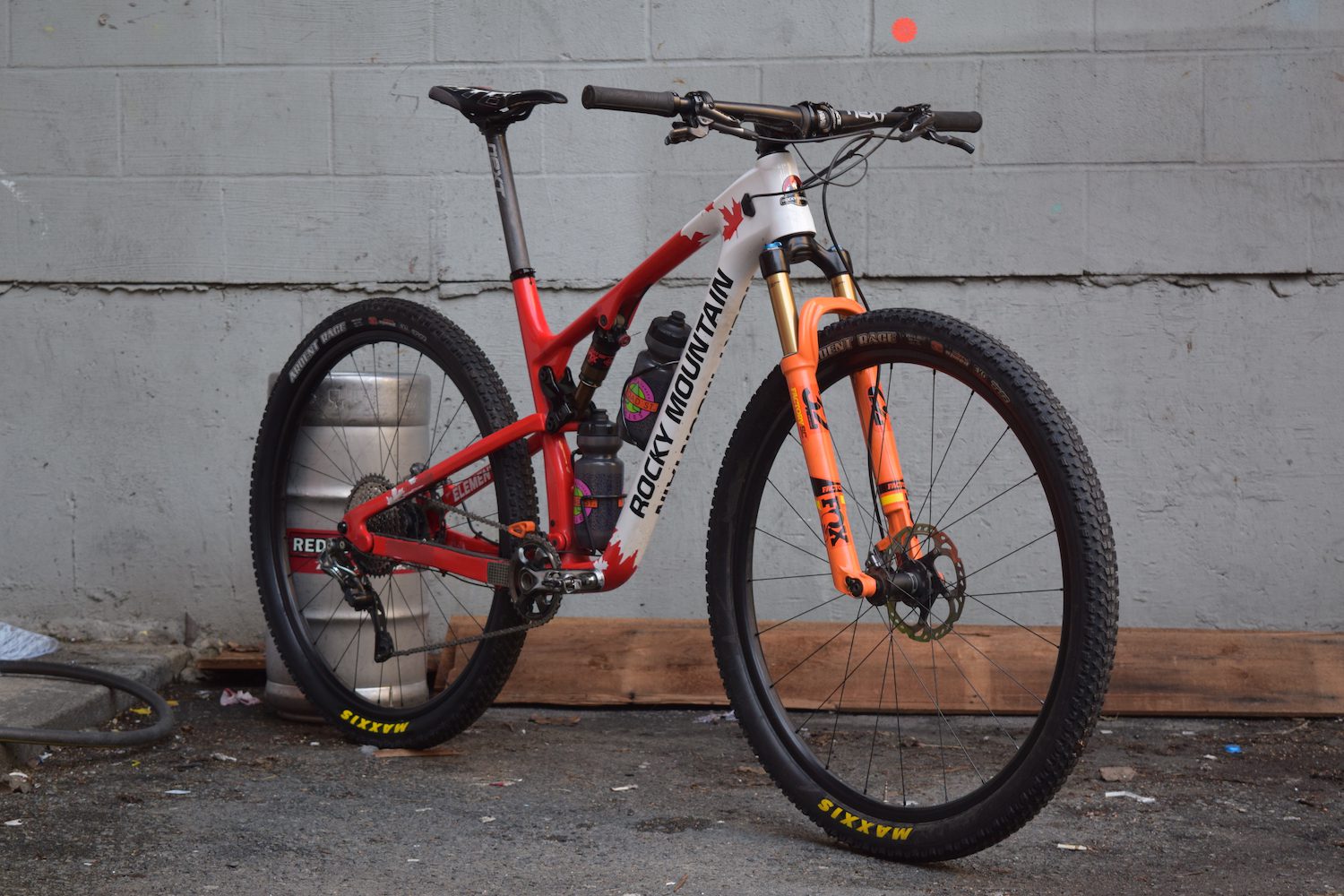 Félix Burke is carrying momentum from a great 2017 season into this years Canada Cup series, which starts at the end of March in Victoria, B.C. The young Rocky Mountain racer from Mont-Tremblant, Que. won gold in XC at last year’s Canada Summer Games in Winnipeg, Man., along with a silver as part of Quebec’s XC Relay team and bronze in the XC Sprint event. All of these medals, along with a sixth in Alberta at Canmore XC national championships, came aboard Burke’s Rocky Mountain Element 999 RSL T.O. race bike.

The distinctly Canadian aesthetic to Burke’s Element, a sharp looking red on white maple leaf pattern that carries across the bike from head tube to rear dropouts, is unique to Rocky Mountain’s purebred, race driven Team Only version of the Element. Burke has managed to add a little more rocket fuel to his Element, though, with a Fox 32 step-cast fork, Shimano XTR Di2 shifting, and an array of small parts from Race Face and Squamish’s OneUp Components. 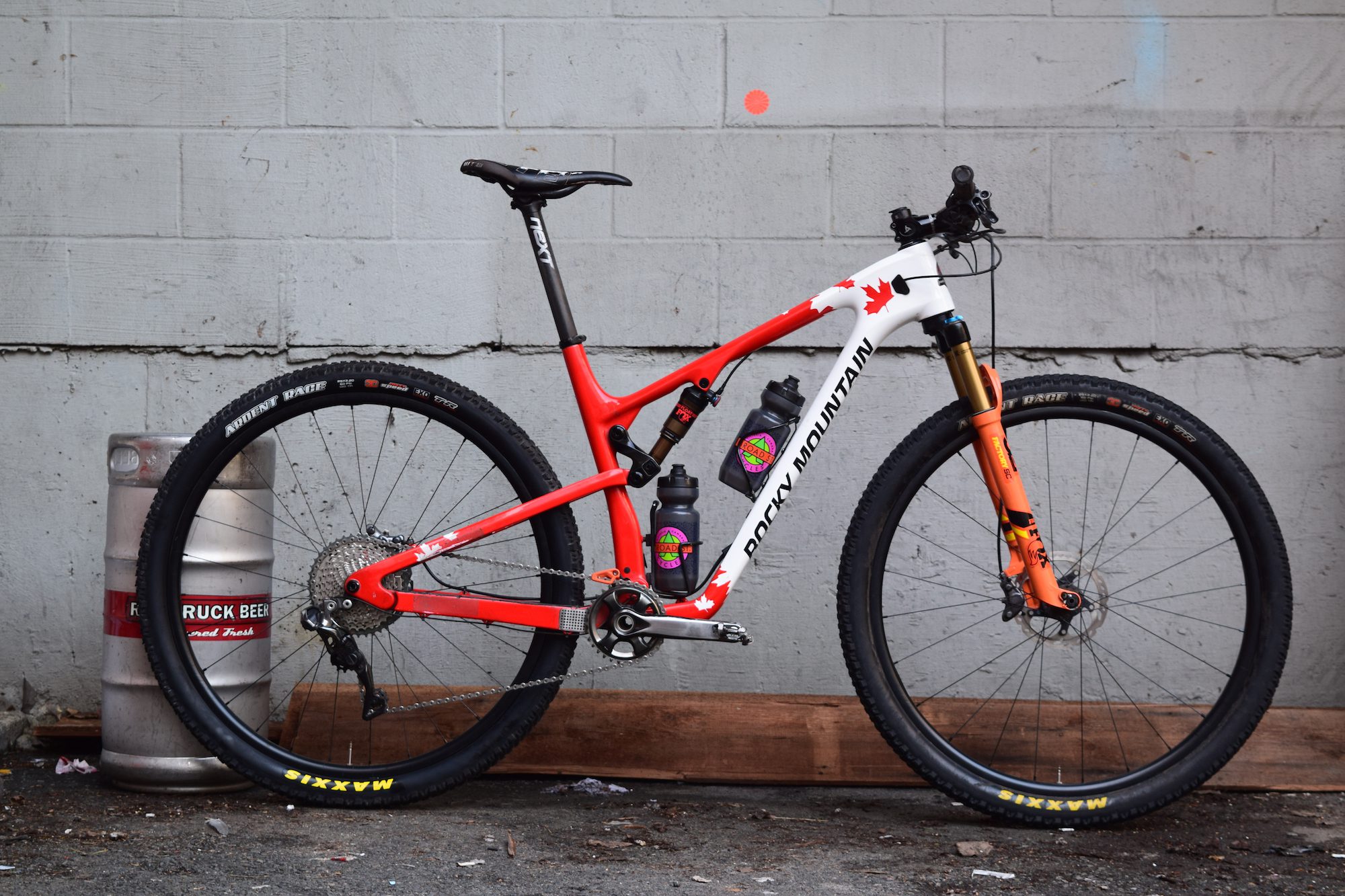 The Element 999 RSL comes stock with 120mm travel up front, which has been dropped down to 100mm, the same as the rear travel, with a World Cup worthy Fox 32 step-cast fork. The distinctive Fox orange fork pushes the trail-capable Element a little more towards a strictly XC bike, not that you’d be able to tell from the way Burke rides it. This Element is running Shimano XTR parts throughout, including XTR Di2 shifting for extra precision and reliability in the fast, occasionally chaotic world of XC racing. Rocky Mountain hides the Di2 battery, tucking it away in a special access port on the downtube where it’s low on the bike and out of the way.

Burke has set up the Element’s Ride9 adjustable geometry on the lower and slacker end of the available options, which keeps the bike comfortable on the rocky, technical west coast trails that he spends his winters training on. “What I like about the Element is that it’s not just a fast race bike,” said Burke, “it’s also really fun to ride on the trails.” To keep Burke rolling when his training rides tip towards the “fun” end of the spectrum, the Element is fitted with a chain guide from OneUp Component’s. The Squamish company also makes the Every Day Carry multitool, which hides in the steerer tube of the Fox 32 SC, ready for when things get too sideways. 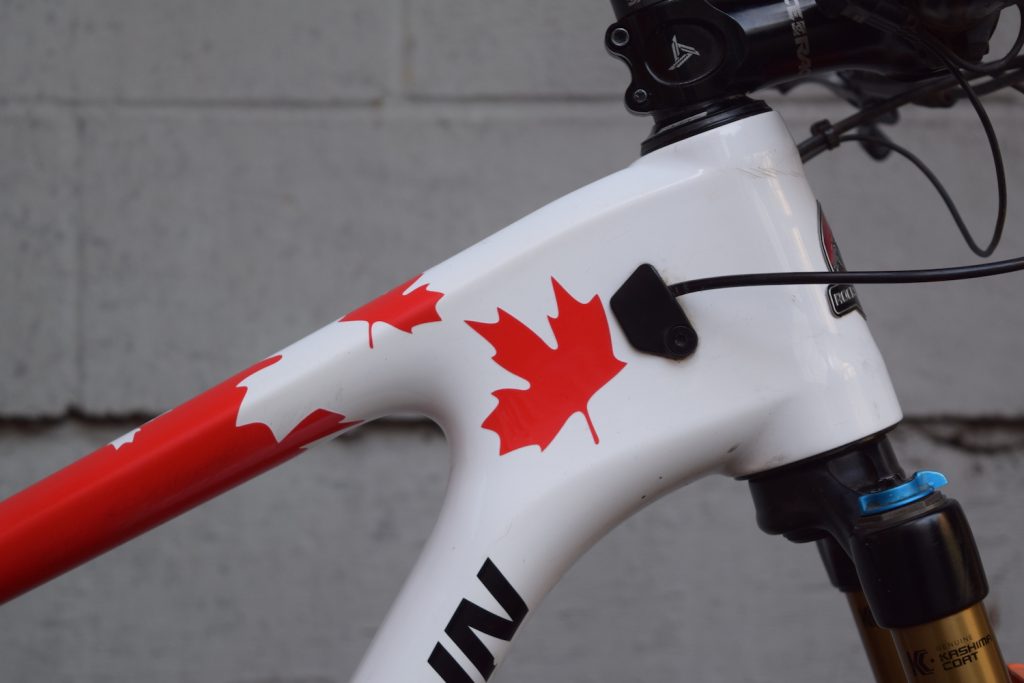 Rocky's unabashedly Canadian, which comes through in the Element's aesthetics 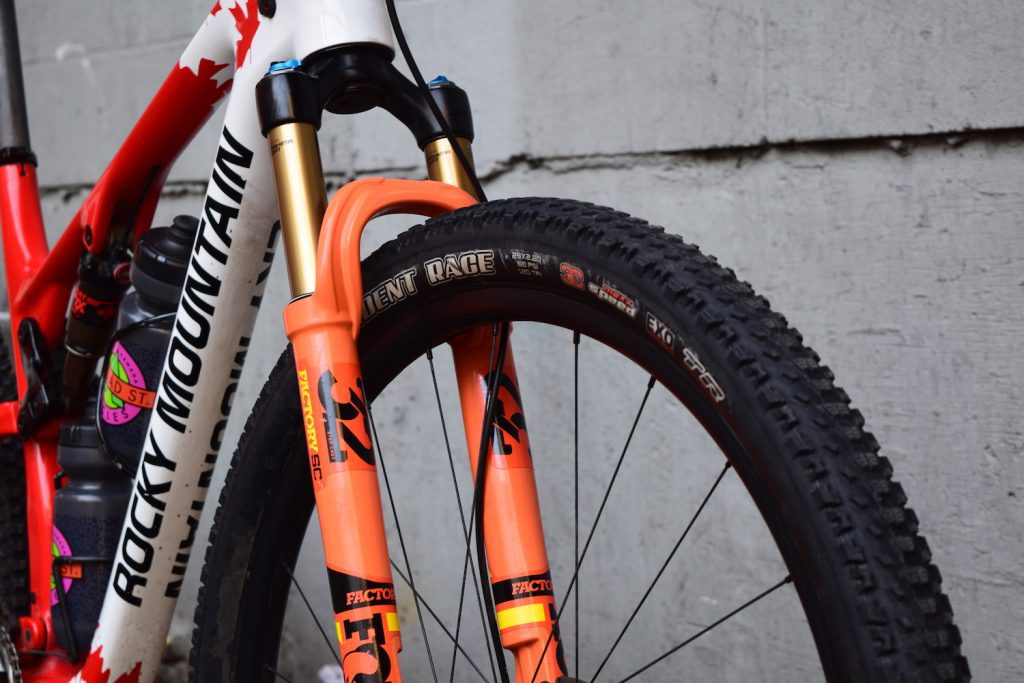 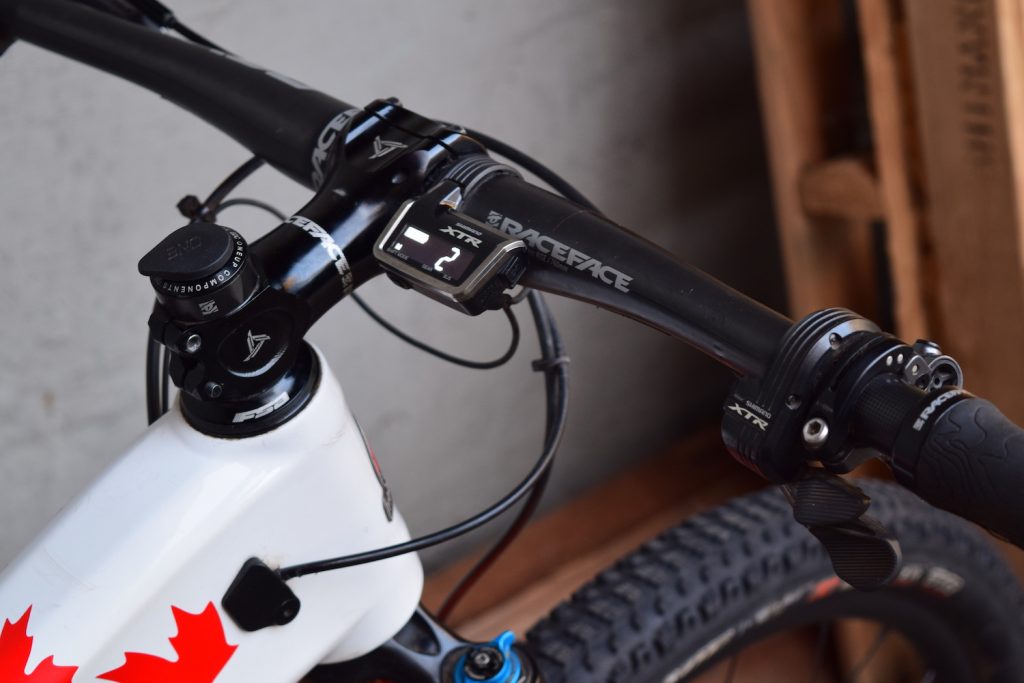 Shimano XTR Di2 shifting is fast and reliable for the high paced world of elite XC racing. Quietly tucked away, OneUp's EDC makes sure Burke never forgets his tools on a training ride. 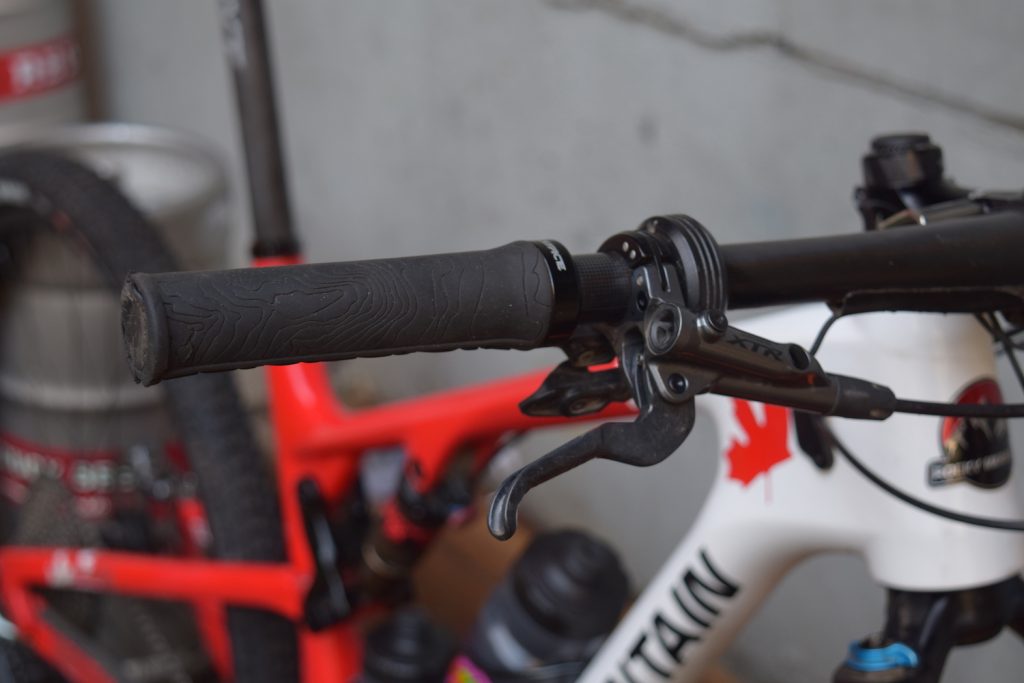 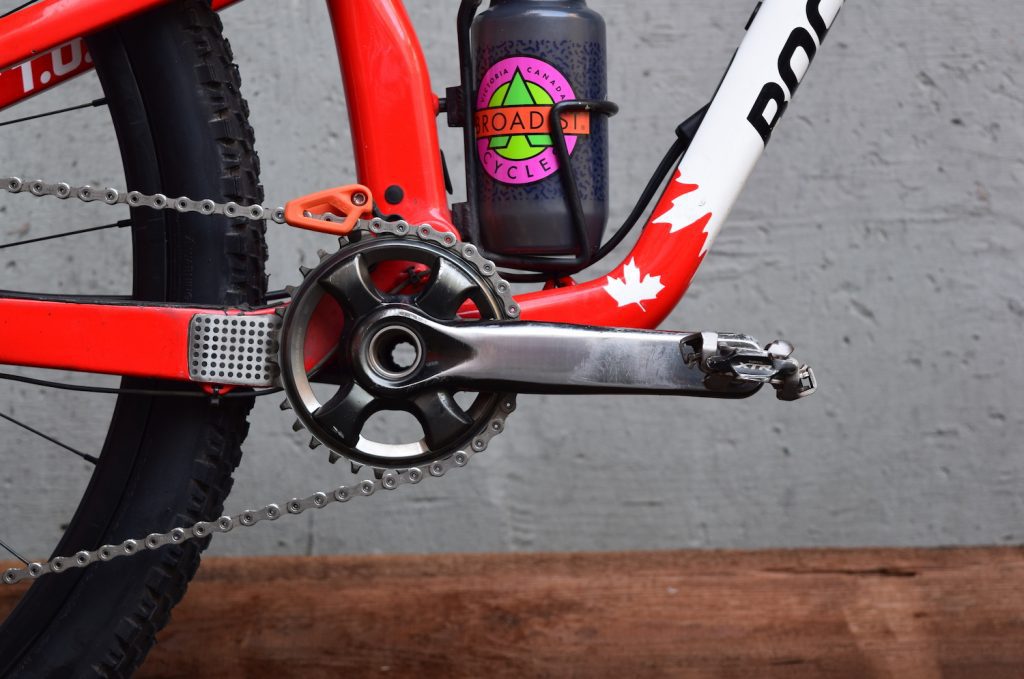 A well worn XTR drivetrain at the end of a many winter miles. The Element also fits two bottles, to make sure Burke stays hydrated on those long base-mile rides. 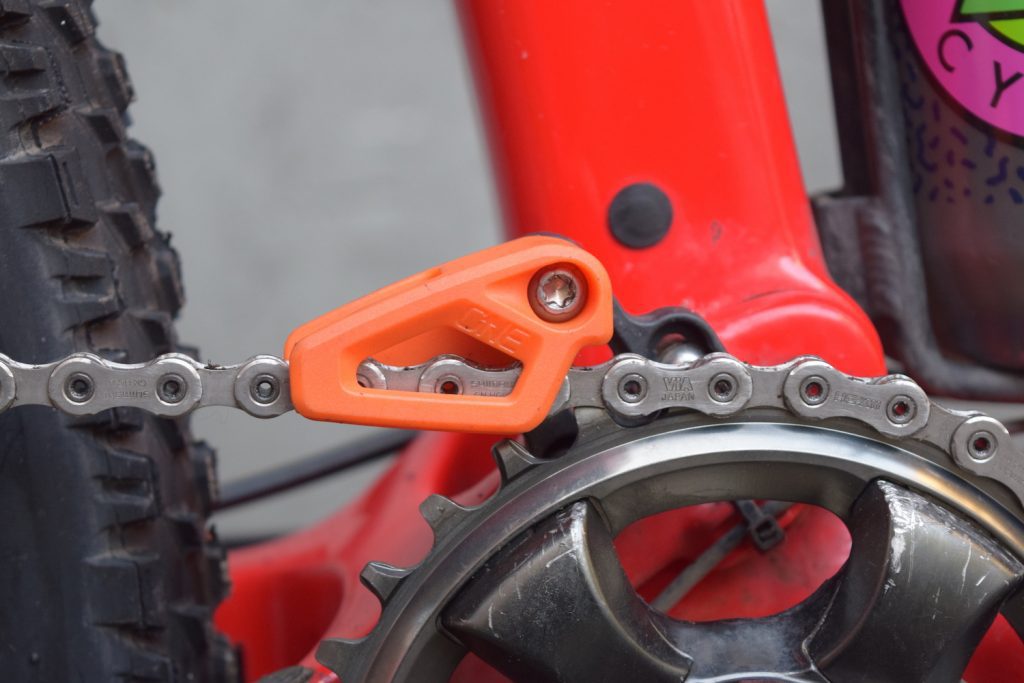 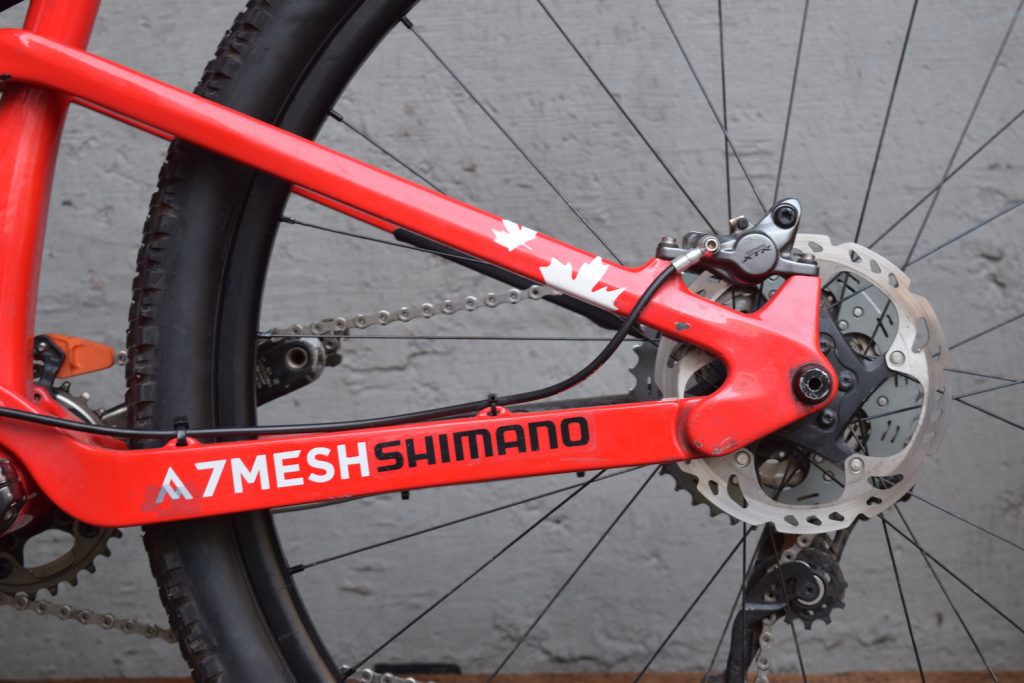 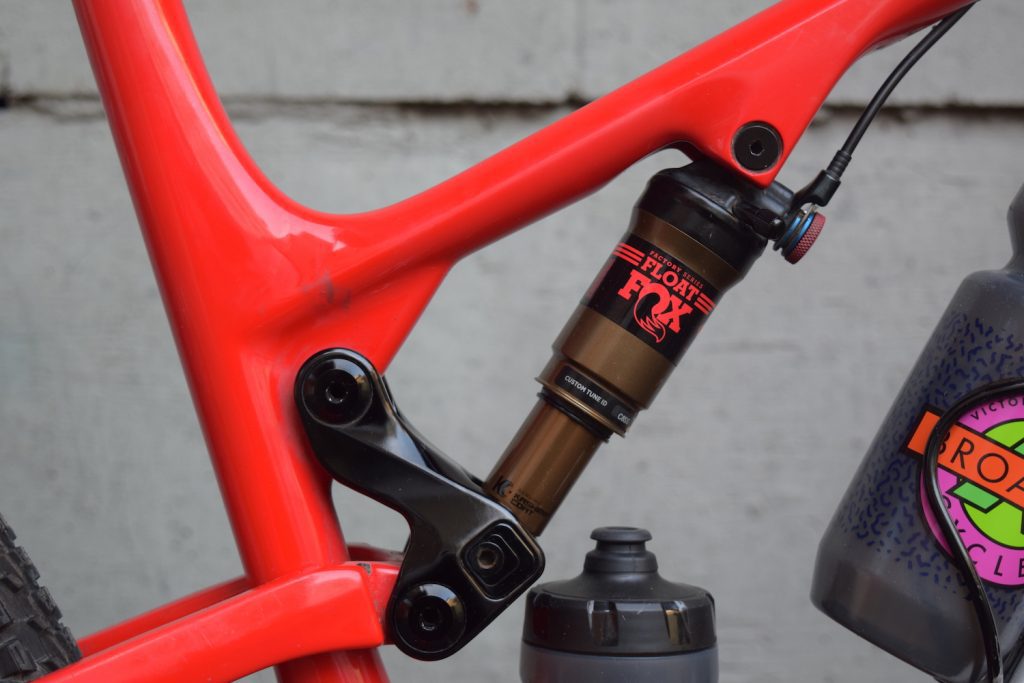 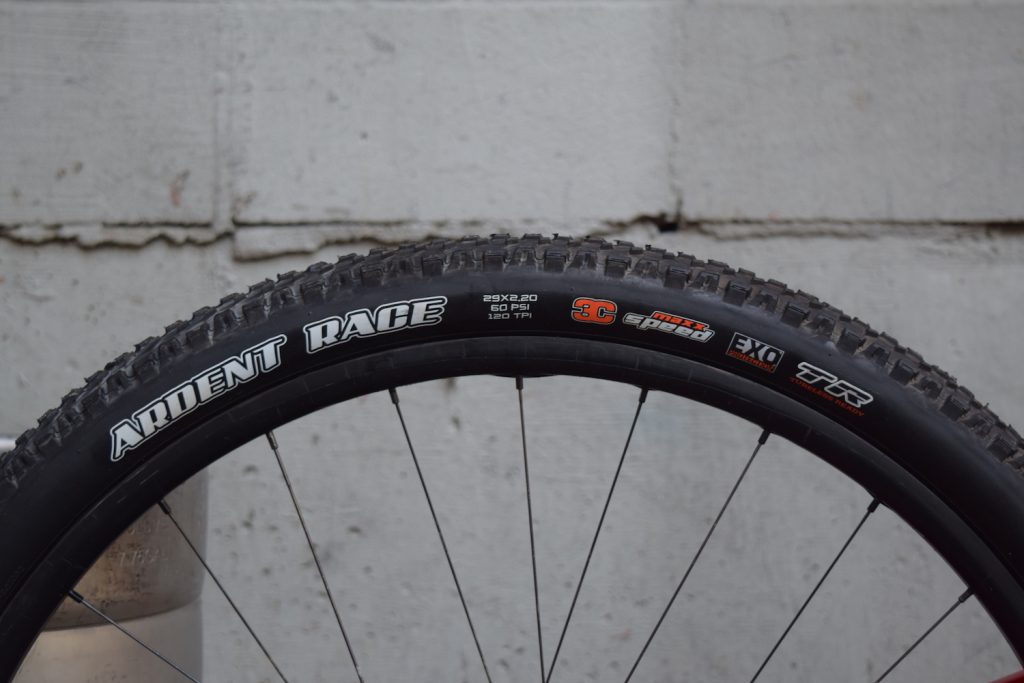 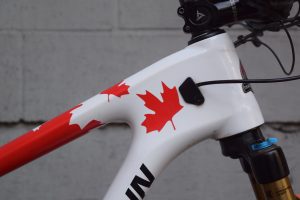 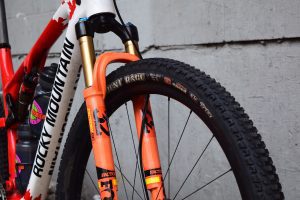 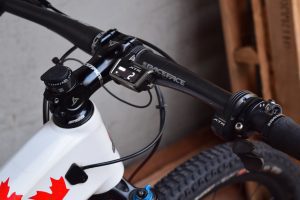 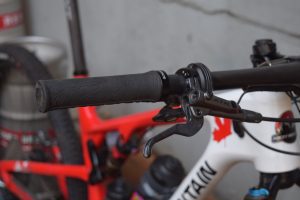 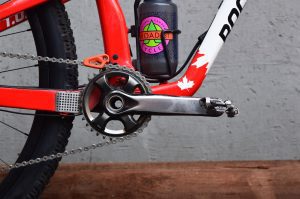 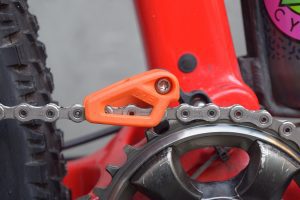 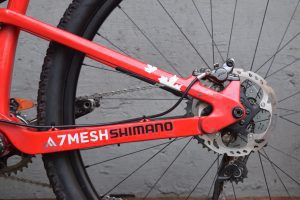 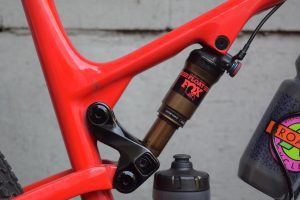 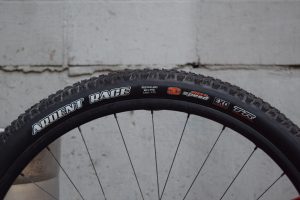