Thursday’s racing at Mont-Sainte-Anne was all about the juniors, and Canadian’s made the most of their time in the spotlight.

Carter Woods lead early on, to massive roars from the home crowd, before putting in an incredible top-10 finish. Emilly Johnston, also from the Comox Valley, fought through a fast-starting field to finish inside the top-10 in Quebec.

The two young Vancouver Island riders weren’t the only Canadians pushing the pace, either. And a loud mid-week crowd was making its support of the home team well known all around the course.

In Thursday’s first race, the junior women flew of the start, and immediately it was Jacquiline Schneebeli (Switzerland) and Mona Mitterwallner (Austria) on the front. The duo quickly separated themselves from the field. Behind them, a solid crowd hit L’Enfer do Sainte-Anne as a bunch, with the steep switchbacking climb causing congestion in the field.

Behind, Johnston was making her way up through the pack. Over several laps, the young Pendrel Racing rider moved up as far as eighth before finshing in ninth place at the line.

Thursday’s second and final race delivered high drama for the home crowd, as Carter Woods pushed out to an early lead in the junior men’s race. After a blistering fast start loop, the Canadian quickly made his way through the few riders in front of him to take the lead. Riding the momentum and a fair bit of crowd support, Woods briefly created a gap on the second of five laps.

A group of five quickly responded, reeling in the Vancouver Island rider at the races mid-point. From there, Great Britain’s Charlie Aldridge and Italy’s Andreas Emanuele Vittone started to separate themselves from the field. Woods, France’s Martin Luca and South Africa’s Like Moir chased.

Late in the final lap, Aldridge tangled with Vittone while trying to make the pass. Vittone went down, and suddenly Aldridge had a gap. A problem with Vittone’s chain allowed Martin to surge past into second.

Aldridge held the gap to win the junior men’s XCO world championships. Martin held on for silver, with a disappointed Vittone claiming the final medal.

Close behind, Woods was battling with Moir for fourth. The Canadian pushed hard to try close on the struggling Vittone, but couldn’t close the gap. Woods claims an incredible fourth place at home in Canada, immediately being surrounded by family on the finish line to celebrate.

Canada’s next juniors were Hamish Graham, yet another Vancouver Island rider, and Quebec’s Vincent Thiboutot. The pair were never separated by more than a few places on course all race. They crossed the line 9 seconds apart, taking 21st and 22nd at Mont-Sainte-Anne. 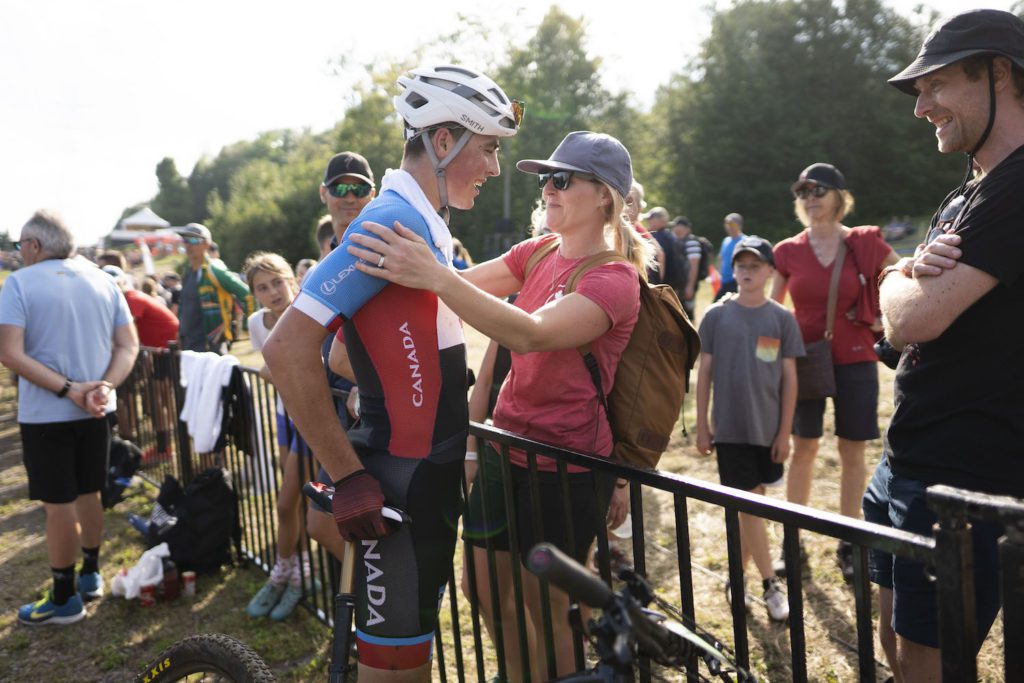 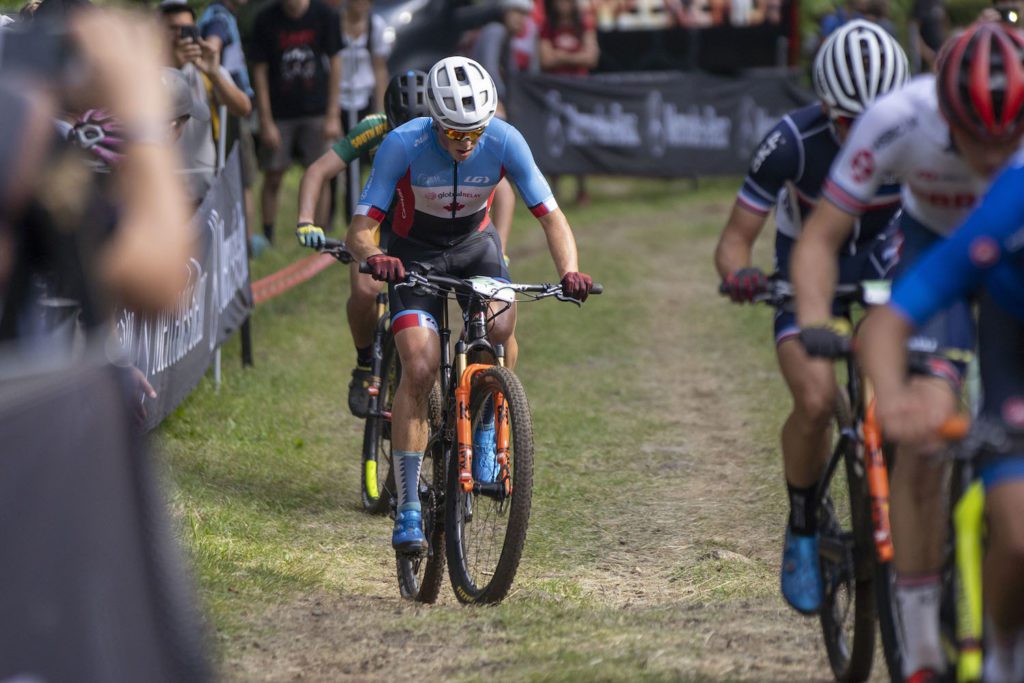 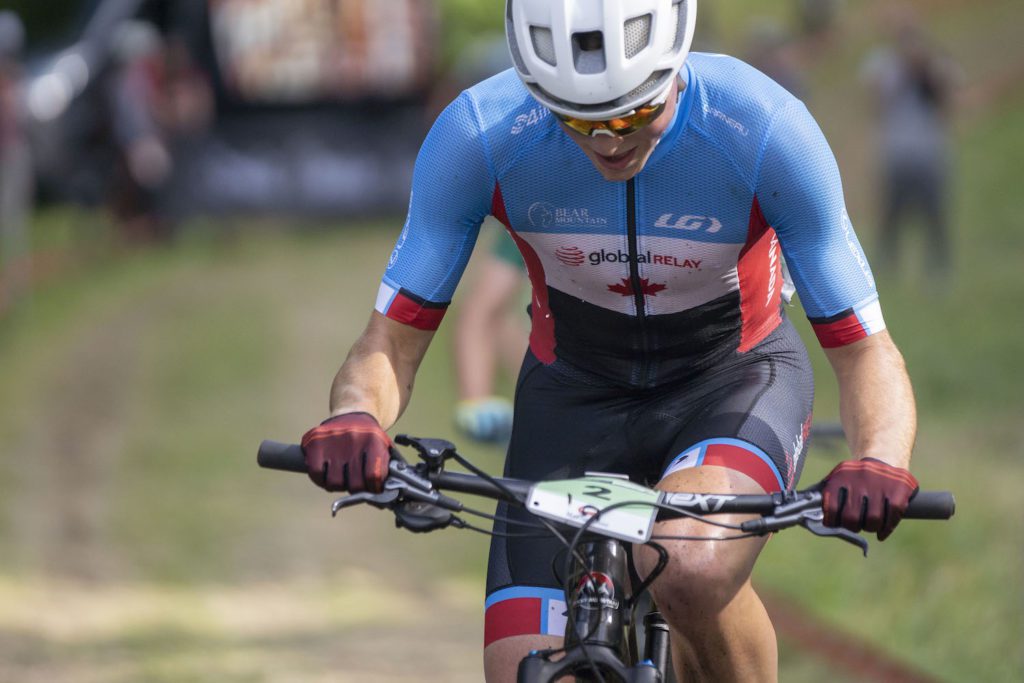 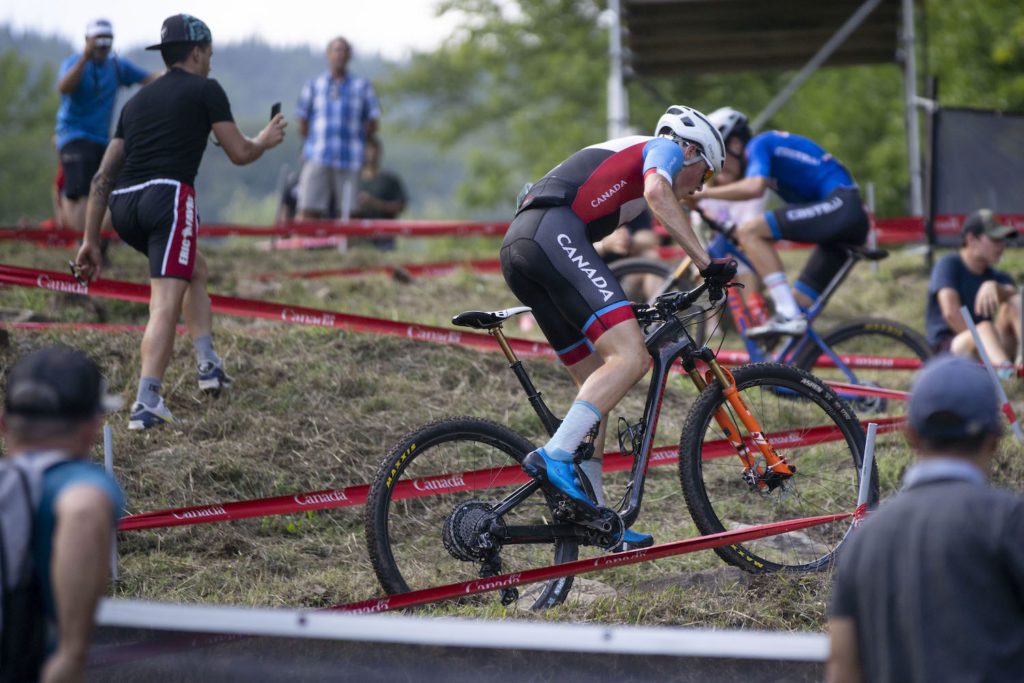 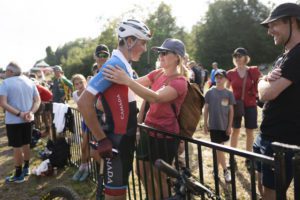 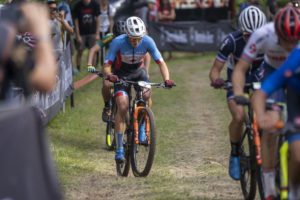 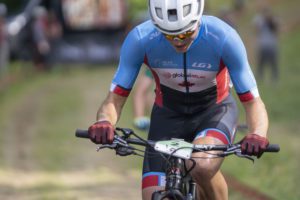 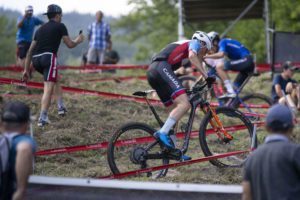