When 146 mountain bikers rolled into Minto, N.B. last weekend for third annual Coal Miner’s Lung it was a great turnout for the event organizers, but also for the newly founded trail network that is opening a new direction to the small mining town outside Fredericton.

When the towns coal mines closed, Minto was left with that scarred landscape that remained when the companies left. With the mine’s departure, one of the major drivers of the local economy had disappeared. The arrival of mountain biking, and mountain bike tourism, is starting to turn those same abandoned Minto coal mines into something positive for the town.

Sean Morrissy, one of the organizers of the Coal Miner’s Lung is also one of the new trail networks main trail builders. He’s positive when talking about the trail potential of the former mining landscape. “The mud dumps left behind by almost 400 years of coal mining seem to have been made expressly for mountain biking,” says Morrisy. “What used to be a coal mine has now become a gold mine.”

As for the race itself, Morrissy says “The third annual Coal Miner’s Lung mountain bike race was a huge success.” There was just shy of 150 racers, “way high in the part of the country,” Morrissy adds, and plenty of community support behind the race. “J.D. Irving provided race day infrastructure, and a Norco Ithaqua as a draw prize.” The company been  behind the effort to grow mountain biking in Minto beyond race day as well, says Morrissy, “donating trail signage and trail labour to make the best place to bike in the Maritimes even better.” 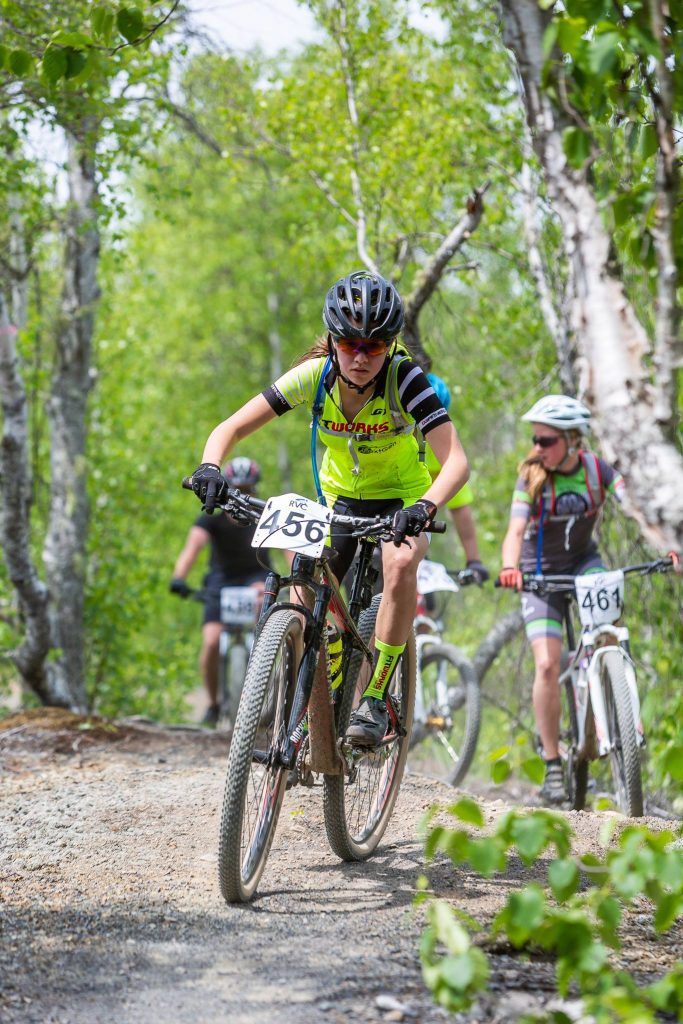 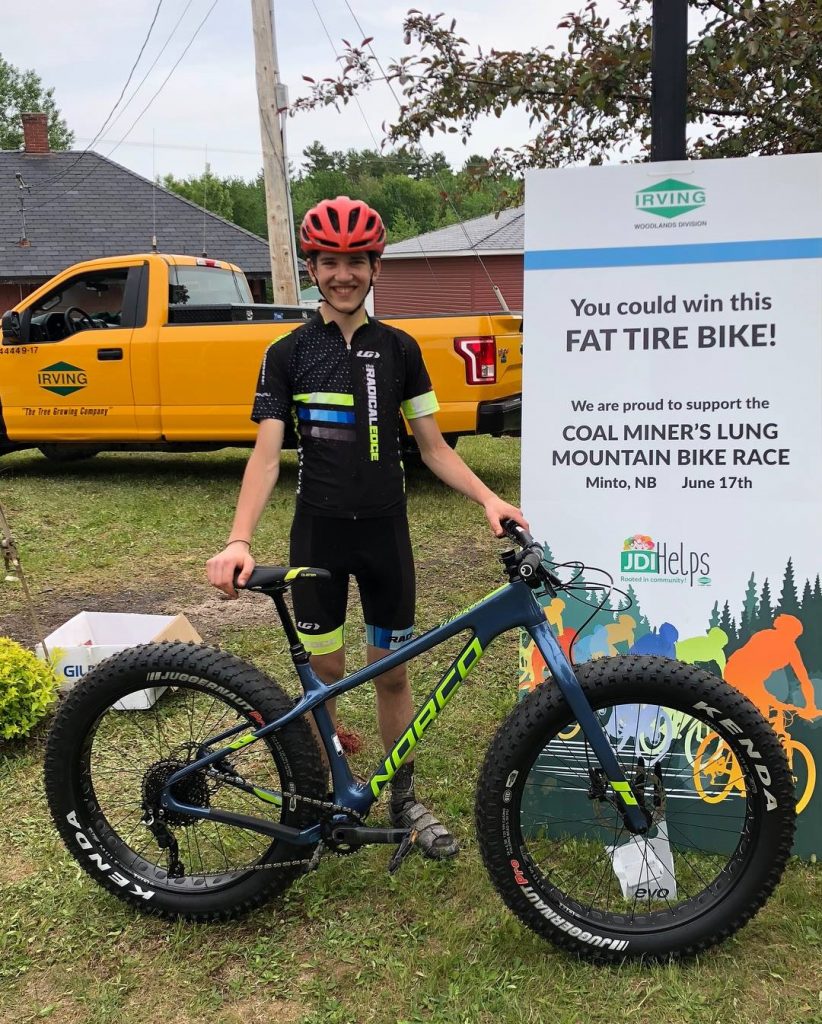 The winner of the Norco fat bike. Image: Greg Lydon 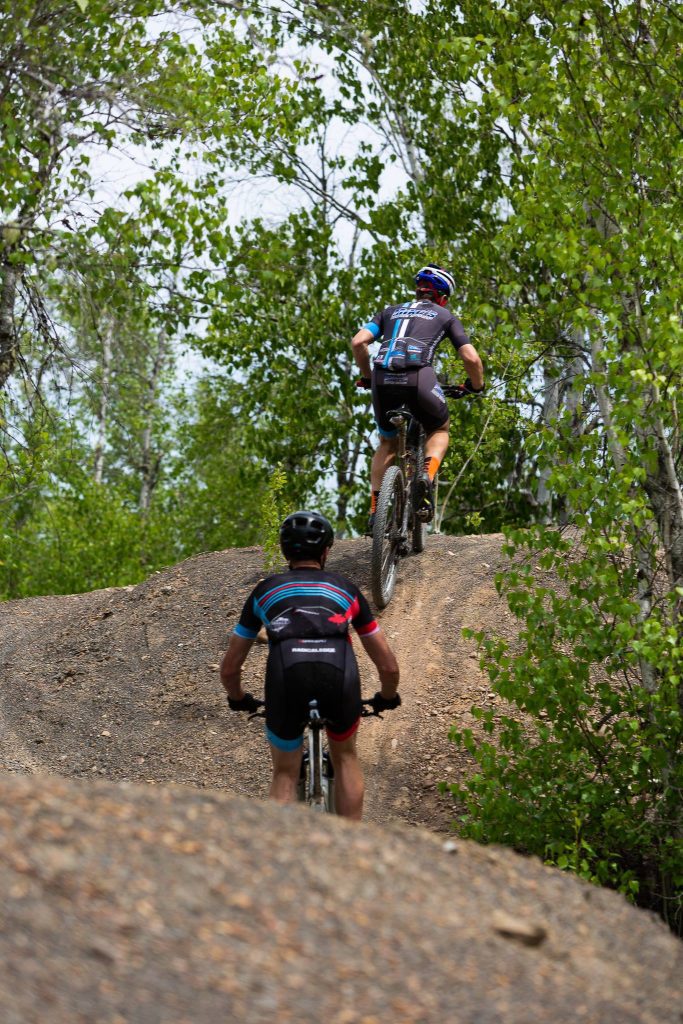 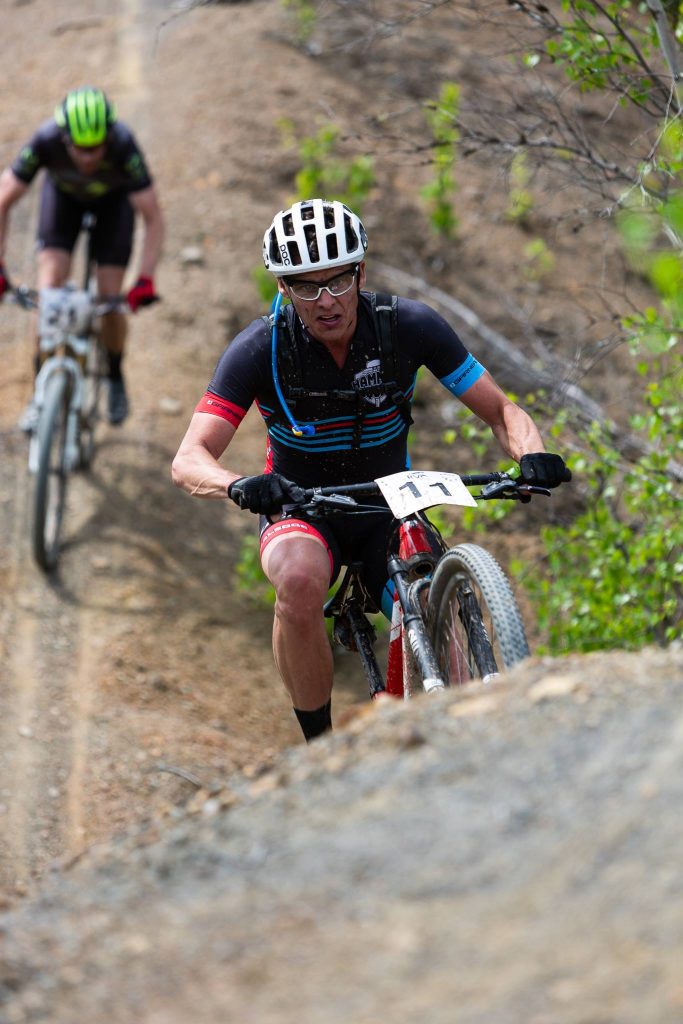 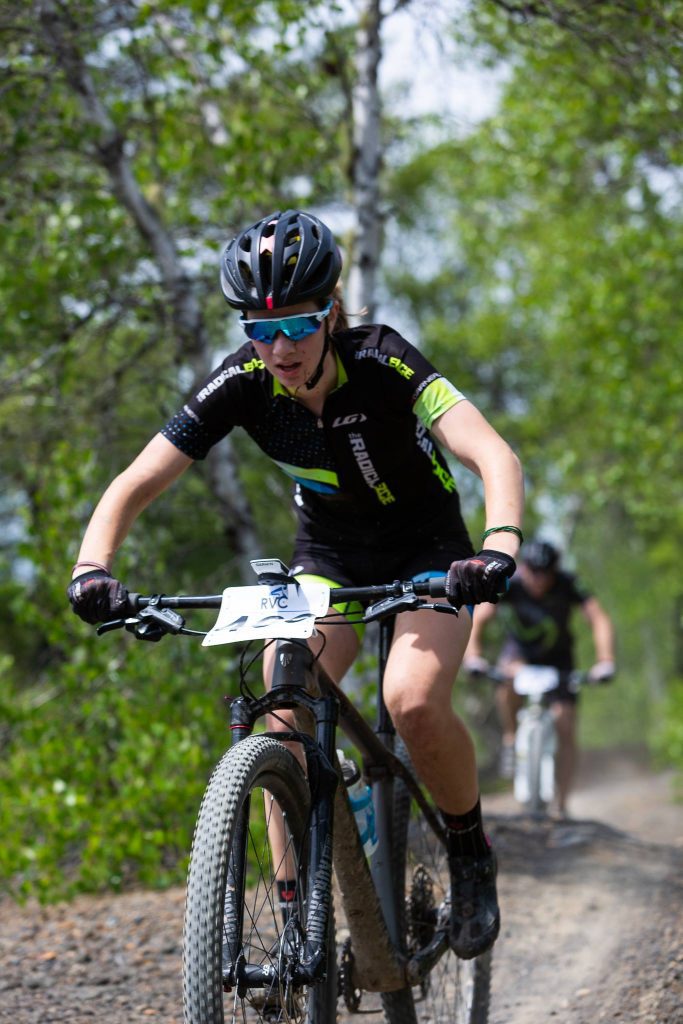 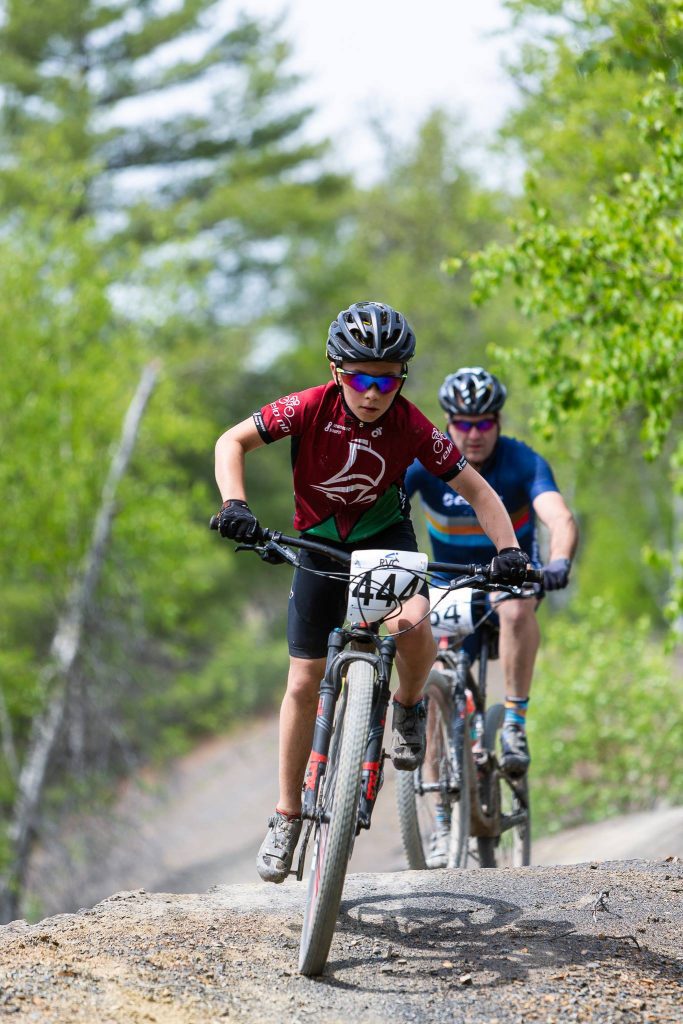 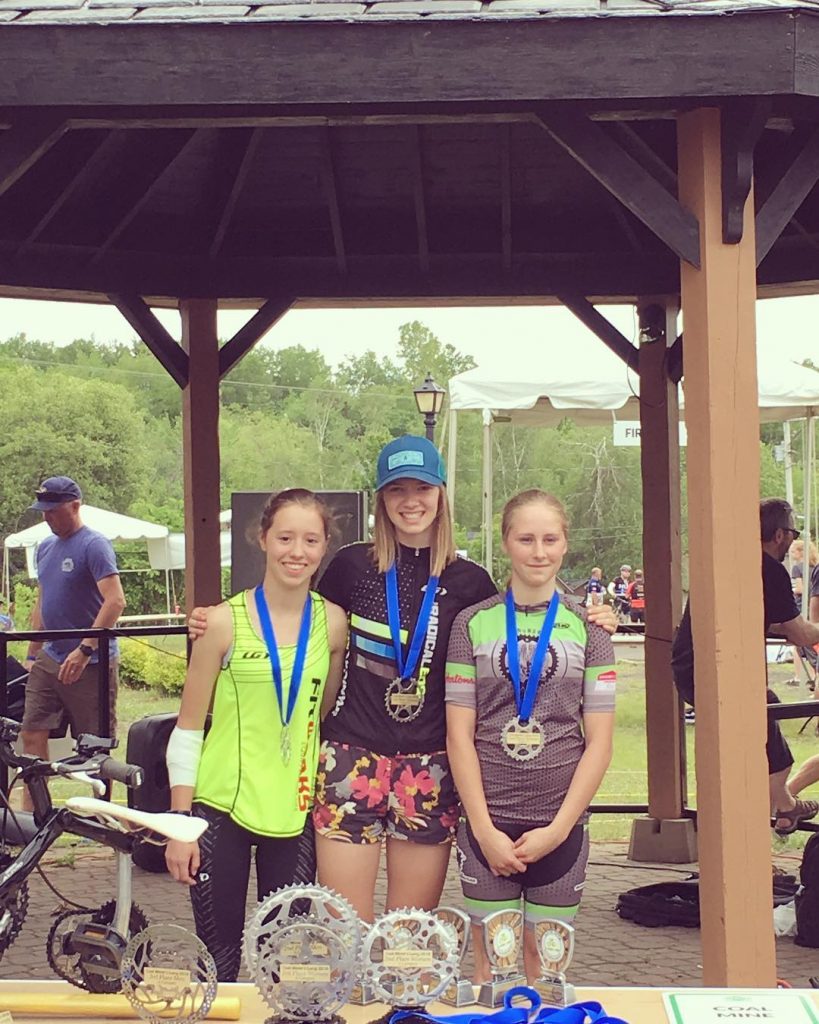 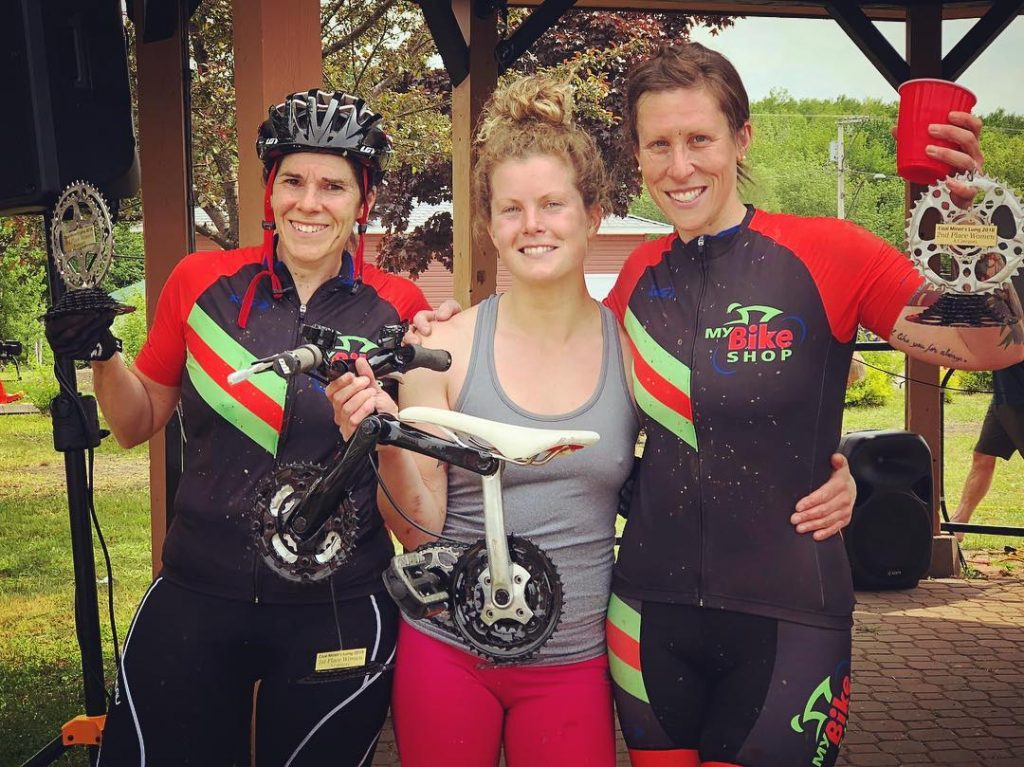 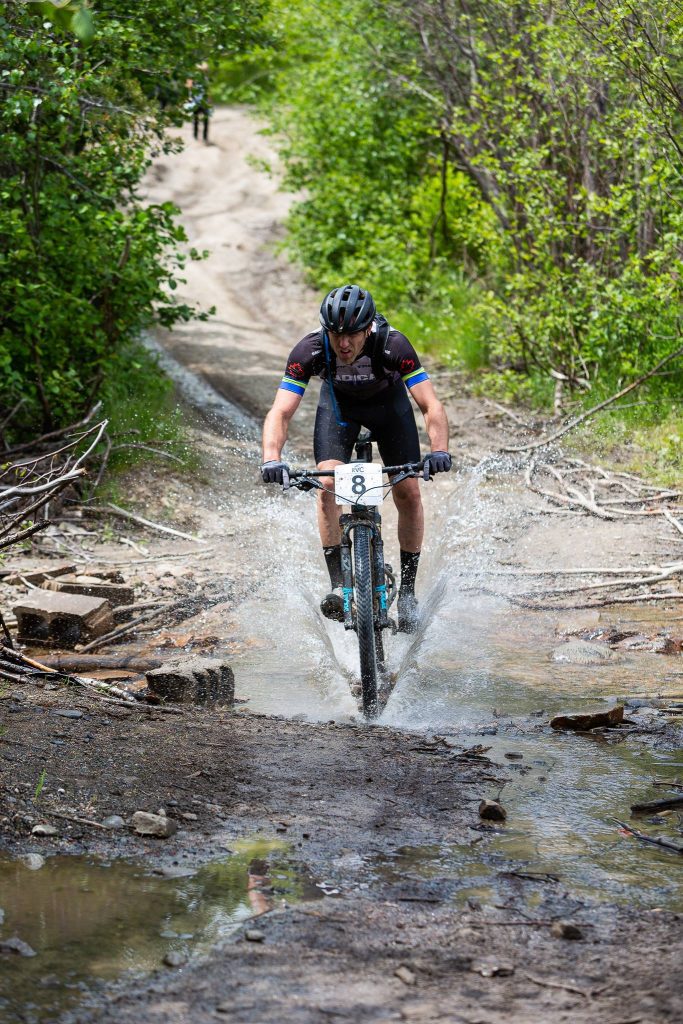 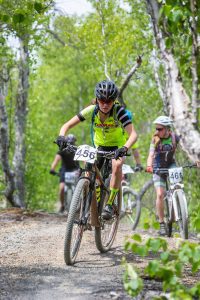 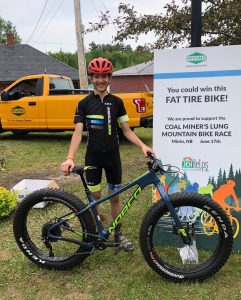 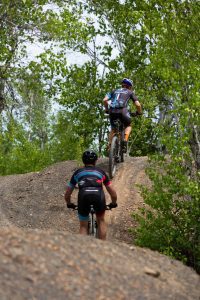 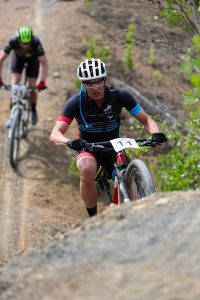 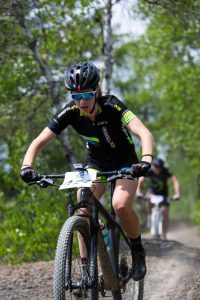 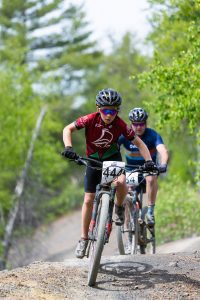 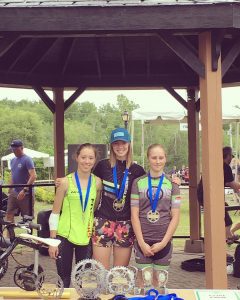 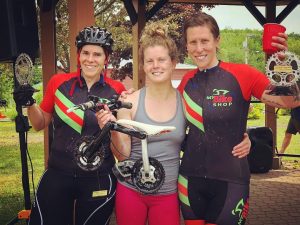 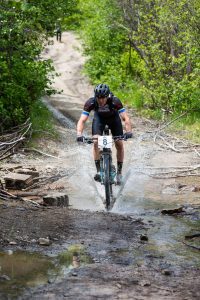 The town is getting behind the new network, and is happy for the new visitors. Many had written off the abandoned mine sites as wastelands. In a recent CBC report on the town, Village of Minto councillor Reggie Barton said “When I went to help Sean start building the trails, I didn’t realize that they’ve grown with the trees and the ponds.” He says many will be surprised “how aesthetically beautiful it is out there now.” The town has even added a sign welcoming new riders to Minto.

“There are very few locals who bike the trails,” Morrissey says of the growing role of mountain bikes to Minto, “but when they see car after car coming in from out of town festooned with mountain bikes, they smile. They smile knowing that this old coal mining town is witnessing a rebirth, and once again has a reason to be proud” With the success of this years event and the areas quickly expanding network of trails, the Coal Miner’s Lung should be back and even better for a fourth year.