Crankworx World Tour is back for 2022, starting Wednesday in Innsbruck, Austria. For Canadian fans, this week is the start of our two royals, Vaea Verbeeck and Bas van Steenbergen, title defense. The reigning King and Queen of Crankworx earned their crowns in Rotorua last fall. 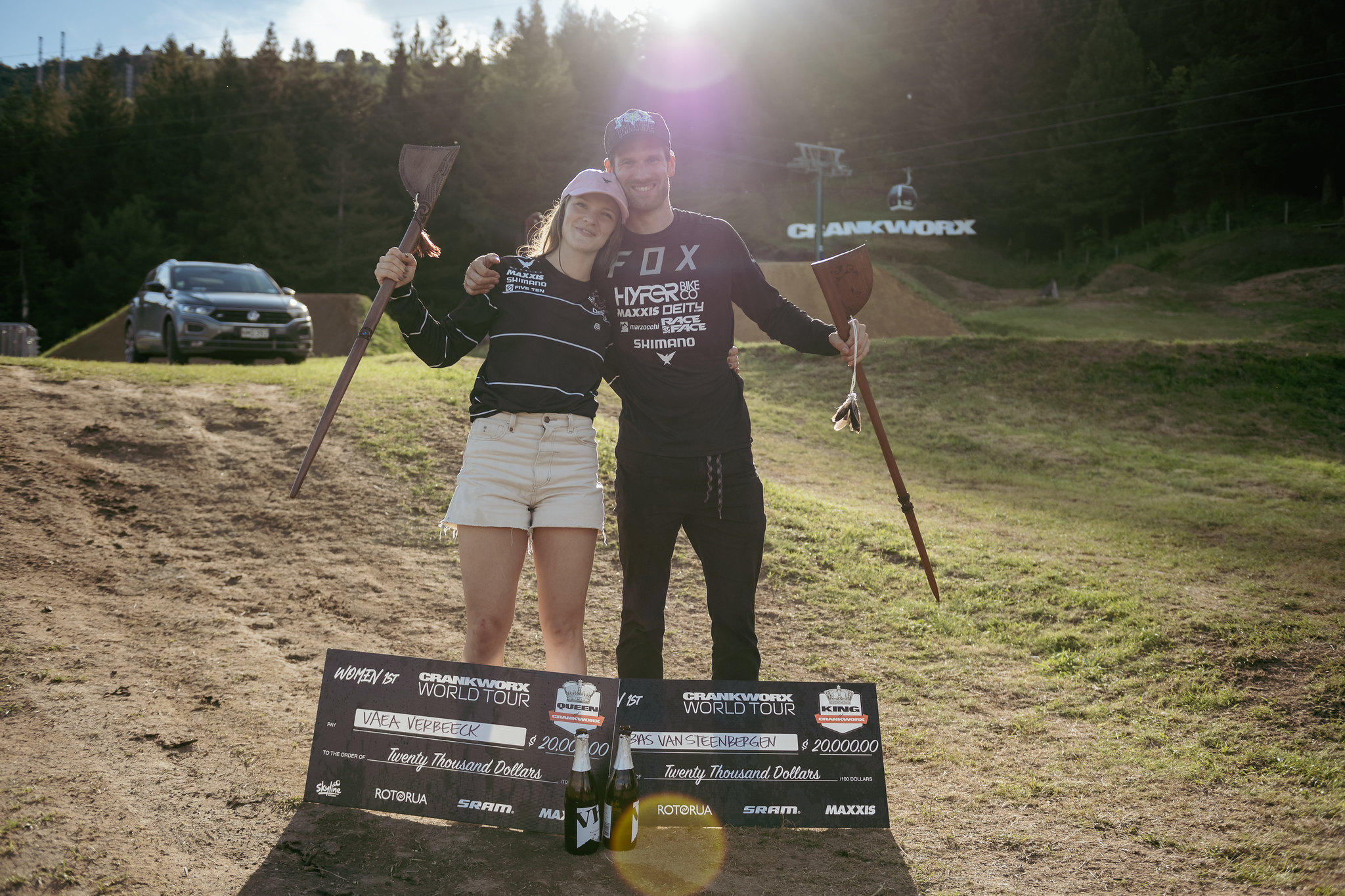 For Verbeeck, the Crankworx Innsbruck comes shortly after a serious knee injury at Red Bull Formation. Despite the extent of the damage the Canadian incurred at that women’s freeride session, Verbeeck says she is on track to race in Innsbruck.

What’s happening at Innsbruck? The festival spans five days, squeezing in seven events (five live broadcasts) and nine hours of coverage. There are 414 registered athletes across pro, amateur, CWNEXT and Kidsworx events set to compete in Austria this week.

As ever with Crankworx, there is a solid list of Canucks set to compete this week in Austria. Georga Astle and Vaea Verbeeck are both registered for nearly every event, starting with Wednesday’s European Whip-Off championships. Finn Iles and Jackson Goldstone – who both attracted attention early by getting permission to enter Whistler’s Whip-Off Worlds underage – are stopping by during a break in the World Cup downhill calendar. They’ll be joined by Jake Jewett and Crankworx King Bas van Steenbergen.

Kyleigh Steward joins Astle and Verbeeck for the Dual Slalom. Tegan Cruz and Niels Bensink jump into the men’s race alongside van Steenbergen and Goldstone.

Griffin Paulson will be the lone Canadian entry in one of Crankworx’ main events: Saturday’s Slopestyle competition. He’s one of 14 riders (and two alternates), which includes the biggest names in the sport.

Sunday is the downhill, which sees all the Canadian women return to the startline. A full roster of Canadian men expands to include Mark Wallace and potentially a few other late entries.