Crankworx Rotorua is underway in New Zealand, but the weather is making riders work for their wins. The Clif Speed and Style started the week off but, with weather days, took a full day to crown winners. 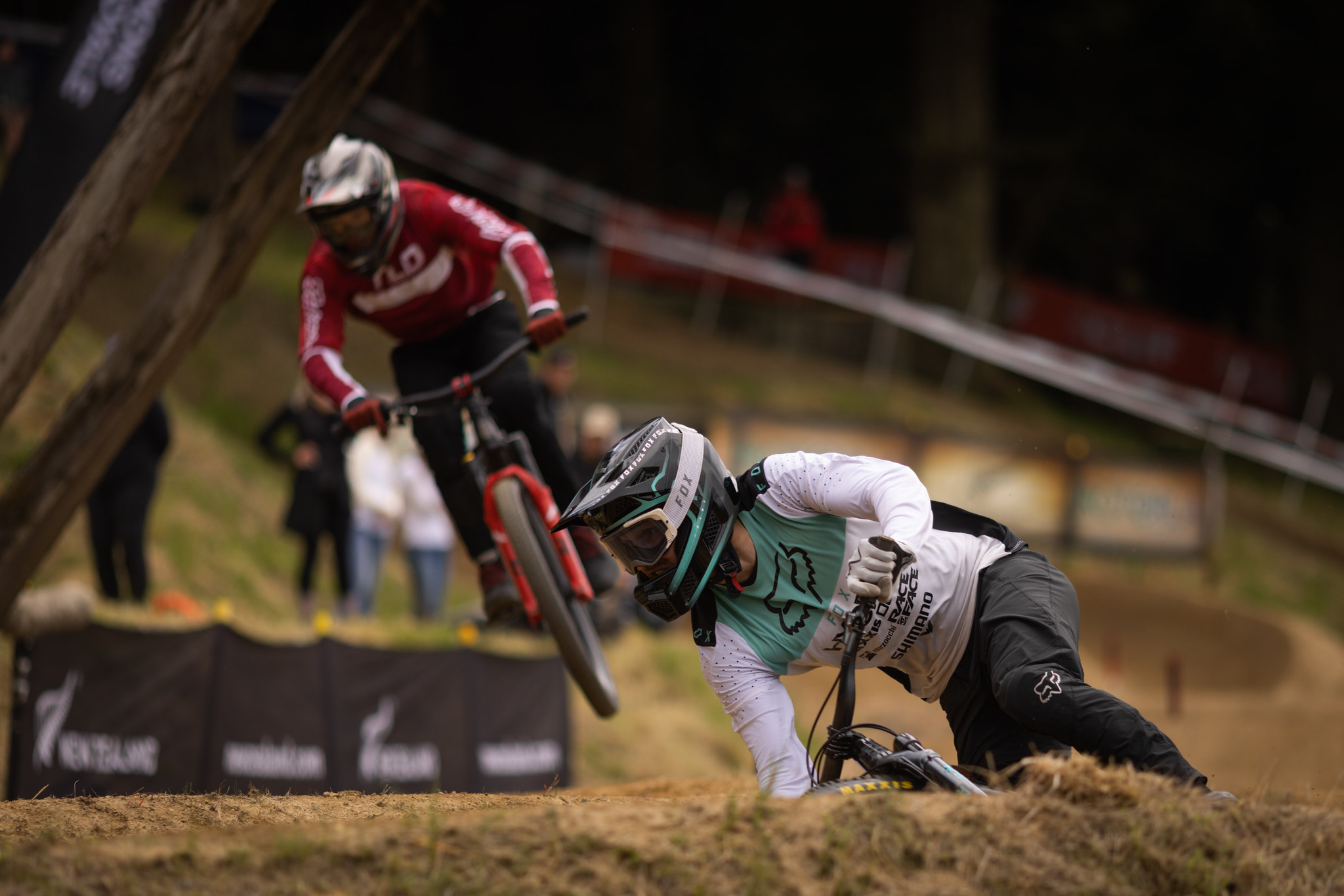 Wind and rain buffeted riders as they tried to combine flow and tricks for the dynamic competition format. Adverse weather made for difficult racing and several crashes. The winners, Australia’s Harriet Burbidge-Smith and New Zealand’s Billy Meaclam, toughed it out through delays, wind and rain to be the last riders standing.

While Seed and Style is a physically and technically demanding competition, requiring the fitness to do numerous runs and still throw down big tricks at race pace, Rotorua was as much a battle of mental and physical toughness as finesse.

“It was a mental battle, from pretty much yesterday morning ‘til now,” said  eventual winner Burbidge-Smith. “Are we riding, are we not riding. The wind’s good, the wind’s bad. The rain’s on, the rain’s off. It’s more wind again and people are crashing. It was gnarly.”

The Australian had to stay on it for an extra day after finals were postponed when conditions became too rough to race.

“I think all the girls showed that [mental toughness] to be honest,” Burbidge-Smith added after beating Canada’s Vaea Verbeeck to take the win. “With it being such a new thing, Speed & Style for the women, that we’re battling through the wind and battling through crashes and everything like that. It’s hard to train for that. You have to kind of be in these moments a bunch of times to get better at it I guess. I’m happy that I got through the day.”

To earn her win, Burbidge-Smith had to get past an accomplished women’s field in the new discipline. Rotorua local Robin Goomes, who landed the first women’s in-competition backflip in Innsbruck over the summer, and Caroline Buchanan, the first women’s front flip in competition at Audi Nines, were both on the start list. Crashes ended both rider’s runs, with Goomes going out early and Buchanan falling while up against Verbeeck. The Canadian then had a crash of her own, opening the door for Burbidge-Smith to take the win. Local Ronja Hill-Wright took third.

Meaclam rides to redemption against Lemoine

On the men’s side, a similar story of crashes and consistency was playing out. Several riders went down in the early rounds making who could stay upright the deciding factor in most match-ups.

This led to a match up of two Rotorua Speed and Style champoions in the final. Thomas Lemoine won the event in 2020. Billy Meaclam announced his Crankworx arrival with a win at home in 2019.

This time, following a crash by Lemoine in their first match-up, it was Meaclam reclaiming his throne on home turf.

“It’s déjà vu. It’s pretty surreal,” said the 22-year-old New Zealand rider. “It’s just a really fun day up riding with everyone. This is one of my favourite events. You get to go really fast with your bike and still have fun doing tricks. It’s been a long ass time that I’ve ridden a Crankworx event. I’ve been stuck in the country since COVID happened. It’s been pretty cool to be back riding with all the pros again.”

Like Burbidge-Smith, Meaclam said planning his run to suit the weather was a key component of consistently making it to the finish line in one piece.

“We had pretty awful weather conditions for the last two days,” Meaclam said. “The wind was pretty gnarly, but luckily the tricks I was doing, it didn’t concern me too much. I’m pretty pumped we got to wait another day and do it under better conditions.”

“The rain today just before finals played a little bit with everyone’s heads. I know a lot of the athletes up the top were pretty off it, me included, but it turned out to be perfect and it couldn’t have gone any better. I come into each jump with two tricks in my head. If it is super windy and getting gnarly I’ve got a safety trick…Plan A was a truck to X up on the first one, it scores pretty decent. And then the last one was a flat spin table top. It’s pretty safe and kind of works every lap. And then a backup would be a flip can up the top, and keep it pretty similar down the bottom.”

Bas van Steenbergen added a second Canadian Speed and Style podium, taking the final spot in third ahead of Matt Begg in the small final.