It was a dusty day full of exciting racing at the SilverStar Dual Slalom. Two closely fought finals showed that fans are in for an exciting three weeks of racing as the Crankworx Summer Series gets rolling.

Neither van Steenbergen or Verbeeck had an easy path to victory, though. Finn Iles continued to show his skills defy the boundaries of any one discipline, while Casey Brown drew on experience to come within hundredths of a second of her second Summe Series victory in as many races.

On top of competitors, the course itself presented a huge challenge.

“It was manicured and built up but definitely not forgiving at all,” says Vaea Verbeeck. “You had to be very precise. So if you took a chance and tried to double through the rhythm you had to be super precise or bite the dust. Definitely a tough one, but overall still very exciting to have that sort of built track rather than keeping it too simple. It was exciting to watch and that’s how it should be.”

While the day’s final race was between Iles and slalom specialist van Steenbergen, it was Crankworx Summer Series younger riders that made the first impression Thursday at SilverStar. The junior riders and first-year elites pushed many of the more experienced vets throughout the early stages of racing.

Lucas Cruz was the one rider most able to capitalize on his opportunity. The Pemberton downhill racer, who was third overall in the 2019 junior men’s downhill World Cup standings, edged out enduro racer Remi Gauvin to take the Thursday’s bronze medal. In the semi-final, he was hot on the heels of a hard-charging Finn Iles, too.

It was Iles that made it through, though. After winning Tuesday’s enduro, the 20-year-old was focused on chasing a second win. Bas van Steenbergen, having passed Gauvin to make it to the final, had other ideas. The Okanagan local designed and helped craft the SilverStar dual slalom course, and regularly excels at the discipline on the Crankwrox World Tour. While Iles has shown he’s adept outside of a downhill course, van Steenbergen wasn’t ready to concede any ground in his own favorite discipline.

Iles edged out to a lead in the first of two runs, but on what seemed to be the faster side of the course. Van Steenbergen stayed calm.

“I feel like the last while I’ve thrown it away by overriding it,” said van Steenbergen, who’s missed the top step in Crankworx Dual Slalom racing twice in the past two years. “I knew that I had the speed to win and I rode safe and smooth and didn’t override it, which I’m pretty stoked on.”

While he designed the course, van Steenbergen said he also struggled to get it just right.

“Right off the start, that triple into the really tight turns was actually really hard and I had to wiggle my way around some of those corners a couple of times to make it around the posts,” added van Steenbergen of what he thought to be the toughest section of the course. “Those were pretty gnarly for sure.”

In the first two days of racing at SilverStar, Finn Iles showed he doesn’t mind kicking up the dust outside of a downhill course. The Whistler-based racer earned his second Crankworx Summer Series podium in as many races. With the SilverStar Downhill and Air DH still to come, Iles has earned all his hardware outside his home discipline.

The two podiums have given Iles a healthy lead just half-way through the first of three weeks of racing. With 10 races still remaining, anything can happen. But, with a win and a silver heading into Friday’s downhill events, Iles has momentum going into more familiar race territory. Can anyone stop the hard-charging Whistler racer?

Casey Brown rolled into Thursday’s SilverStar Dual Slalom riding high off a win in Tuesday’s enduro. After several successful rounds of racing, where the veteran Canadian downhill racer-turned-freerider looked comfortable, Brown was in the final.

There, she faced Vaea Verbeeck, the reigning Queen of Crankworx. Verbeeck’s ascension to the Crankworx throne in 2019 was in large part due to the effort she put into improving her dual slalom racing. The rewards of that effort were on full display at SilverStar Thursday. After getting a by through the first round, Verbeeck looked at ease on course in the semi-finals.

When the two Crankworx veterans went head to head in the final, it produced the days closest racing. After two rounds, just 0.37 seconds separated Verbeeck from Brown.

“Casey got the first round and I knew that I had to make up some time,” said Verbeeck, who was 0.03 behind after their first finals matchup. “Near the bottom I was feeling like I had a little bit of a lead but not much. So we both didn’t know who had won it.”

It was the Queen that took the win though. Verbeeck, silver in Tuesday’s enduro, stepped up to take dual slalom gold. The two friends, both of whom live in the Okanagan Valley, were thrilled with the tight racing.

“That’s the way it should be. We’re both stoked for each other,” said Verbeeck. “Fun, positive note to end the day on for sure.”

With a win and a second to each of their names, Casey Brown and Vaea Verbeeck are neck-and-neck in the race for Crankworx Summer Series domination. It’s just two races into the 12-event series, though. That’s far too early in the busy race schedule to rule out any of the other women. 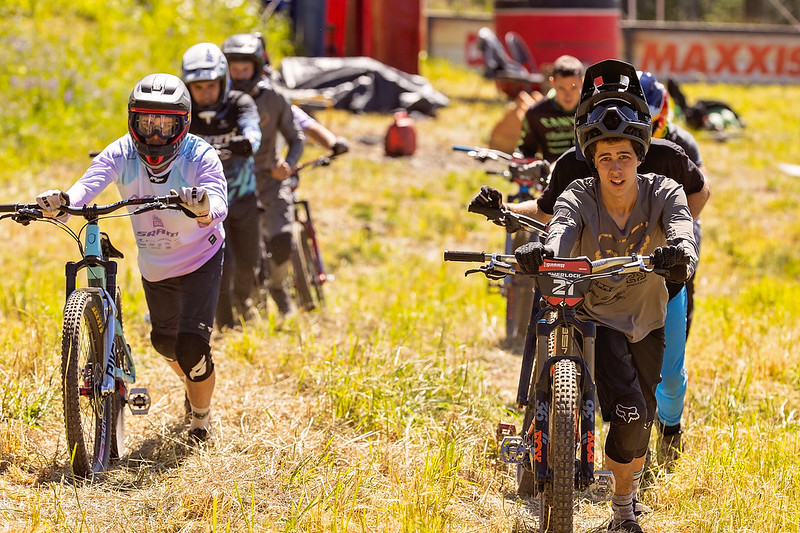 Seth Sherlock leading the push back up the hill in Okanagan summer heat. Photo: Clint Trahan. 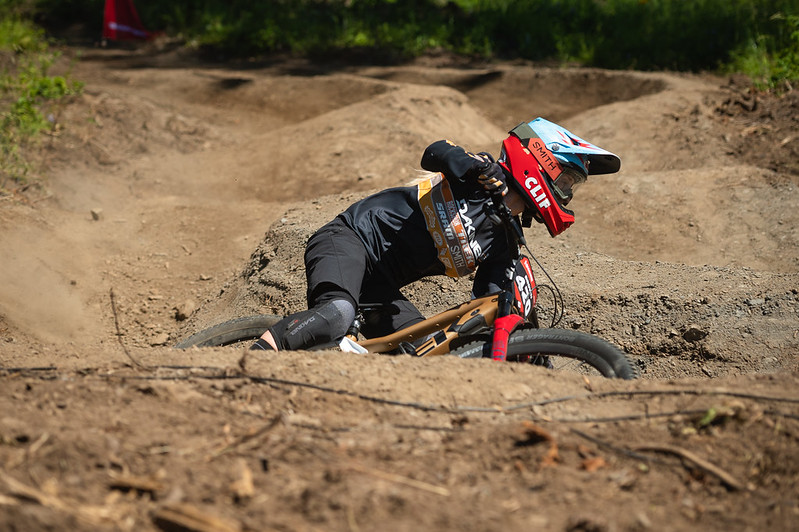 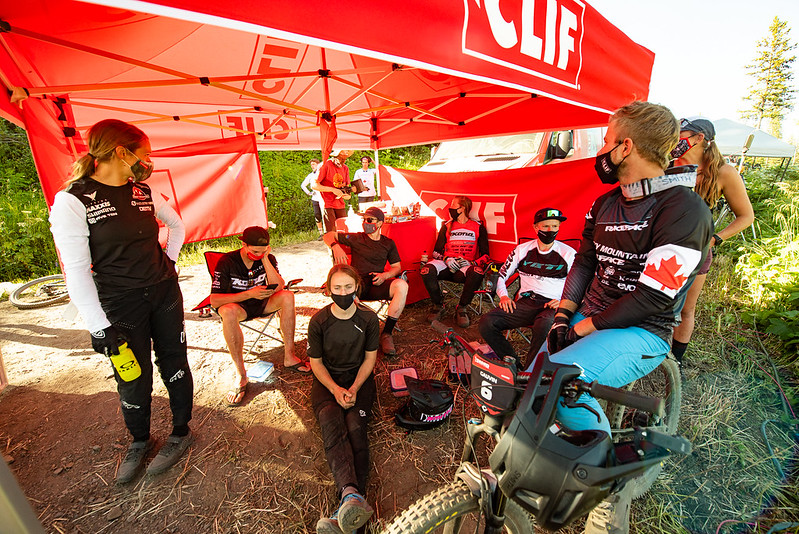 Waiting in the start hut, masks on. Photo: Chris Pilling 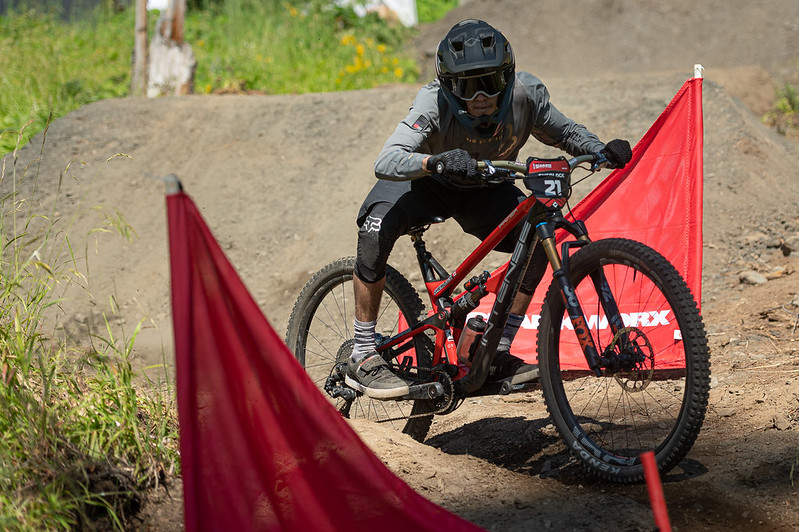 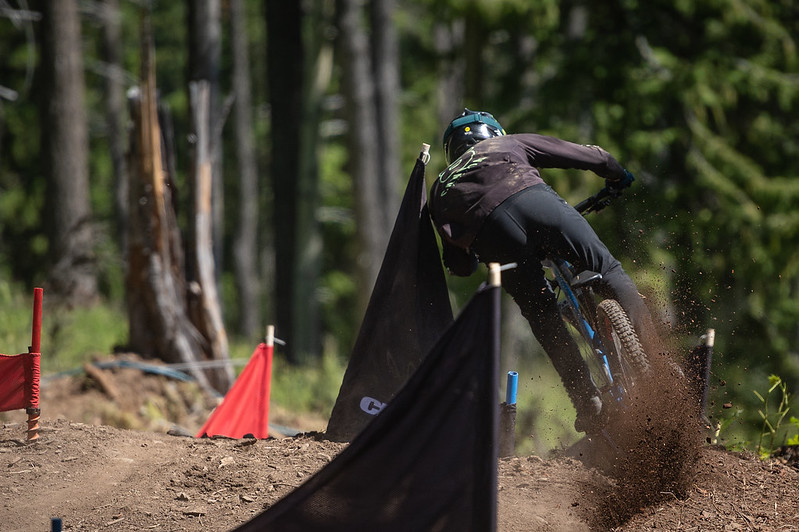 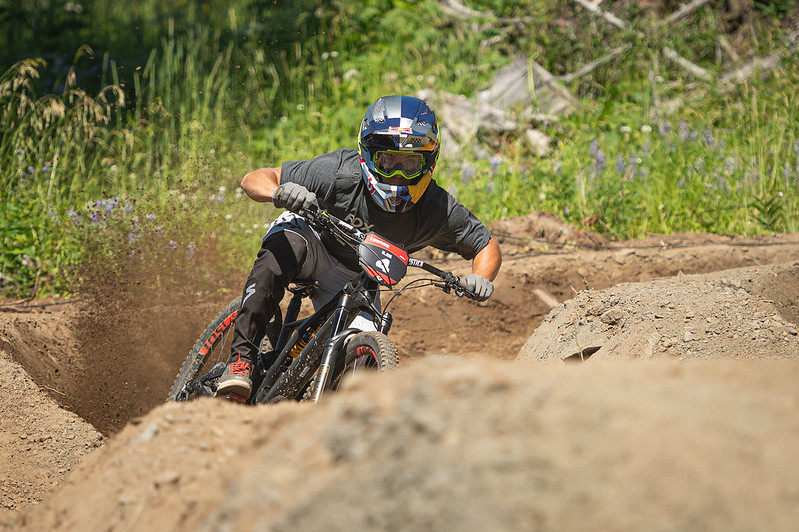 Finn Iles was charging every time he was on course. Photo: Chris Pilling 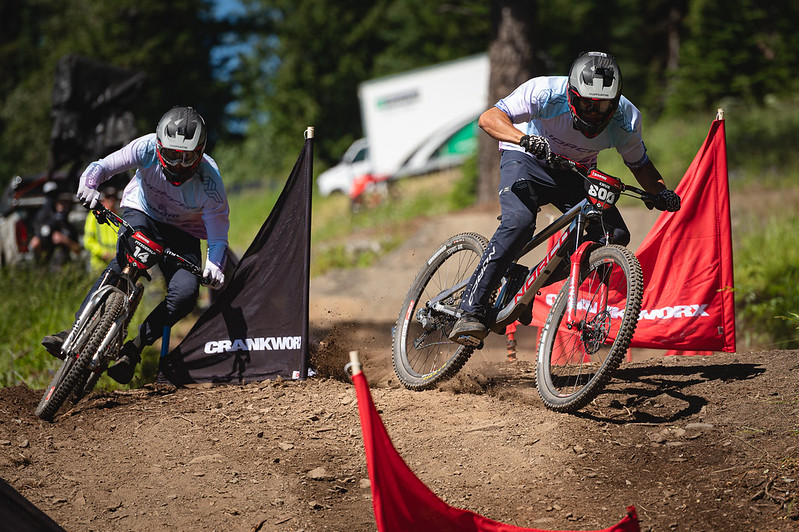 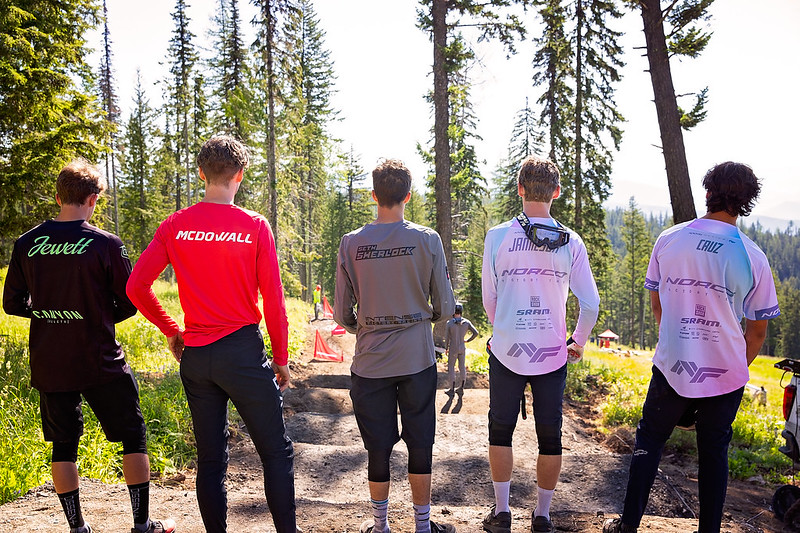 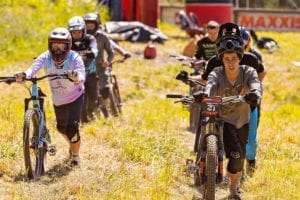 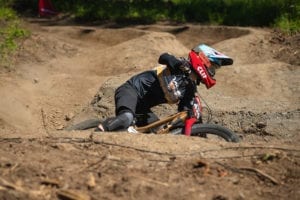 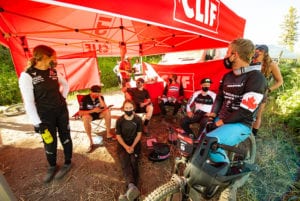 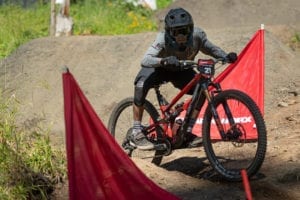 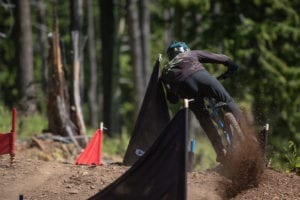 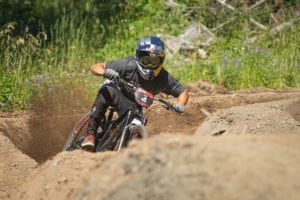 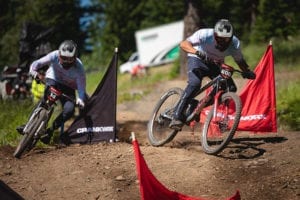 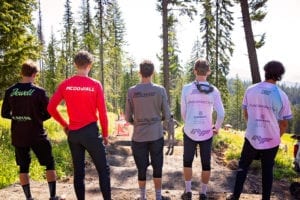