Custom painted world championships bikes are always big tradition in mountain biking, and 2020 is no different. While worlds aren’t usually the first race of the season, the one-off race will still crown this year’s top riders.

Athletes and sponsors are appropriately stoked to be back racing, and it shows in these custom painted bikes and kit from 2020 UCI mountain bike world championships in Leogang, Austria.

Bruni will be riding this custom painted matte/gloss gold 27.5″/29″ mullet Specialized Demo in Leogang this week. When you win elite world champs four times in five years, you get a full gold bike, apparently. A shame to get that beautiful paint muddy. 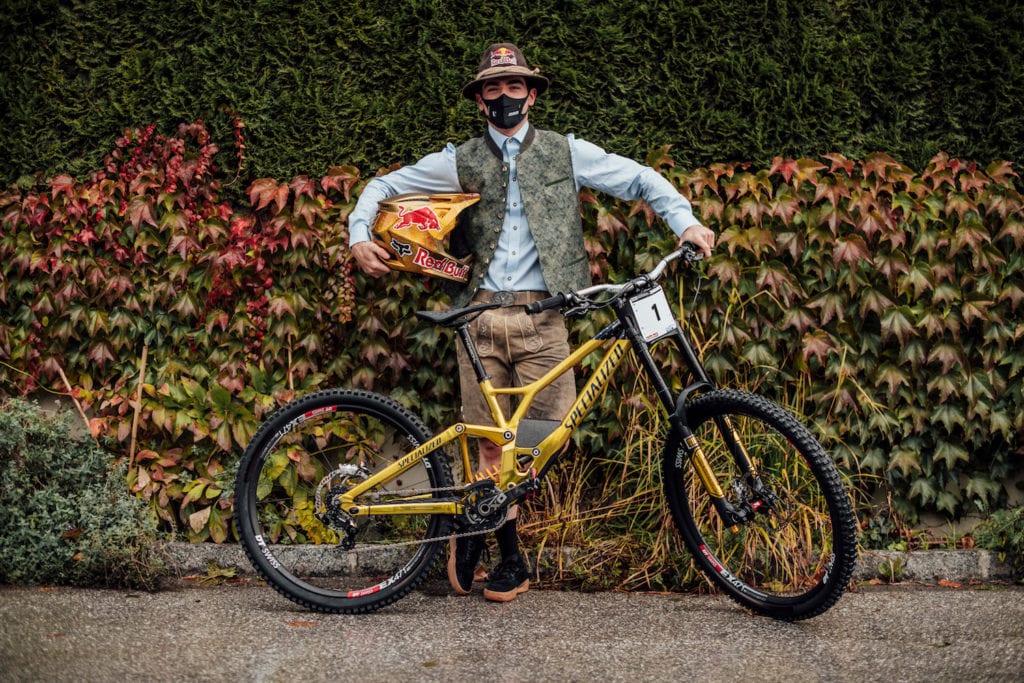 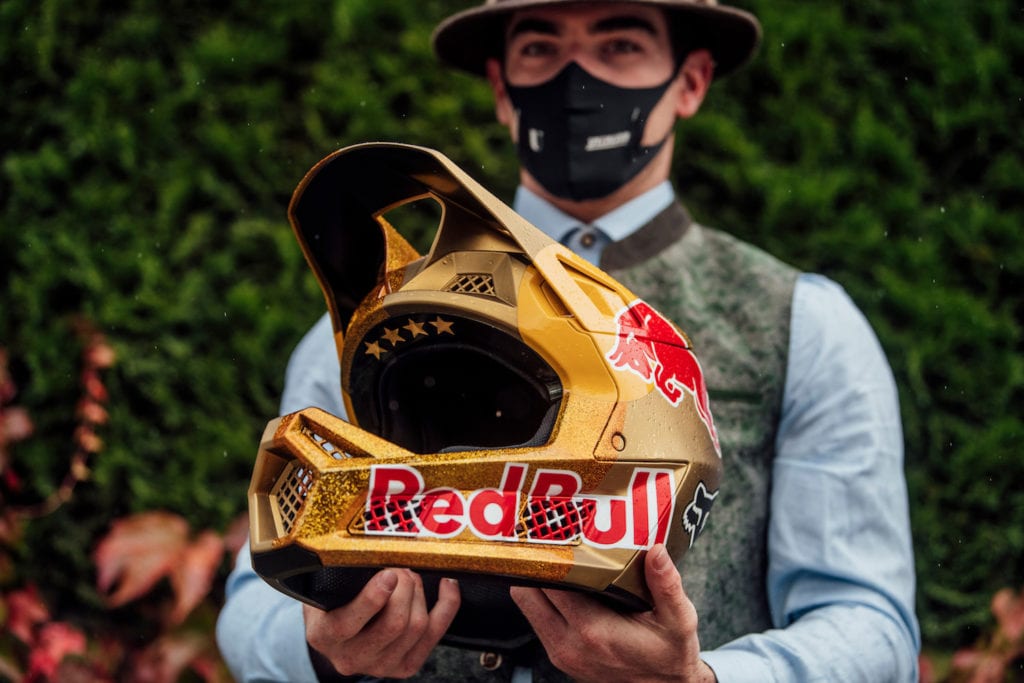 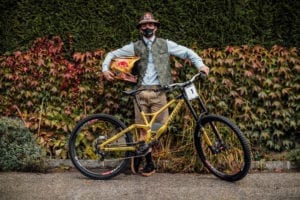 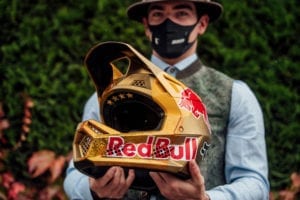 2019 elite women’s world champion Myriam Nicole’s Commencal Supreme DH has a similar gold theme to Bruni’s bike. Like the all the Commencal team bikes at Leogang, Nicole’s w.c. edition Supreme includes a positive message of peace and anti-racism. Nicole’s Bell helmet also gets the glittery gold treatment, along with being emblazoned with her nickname, Pompon. 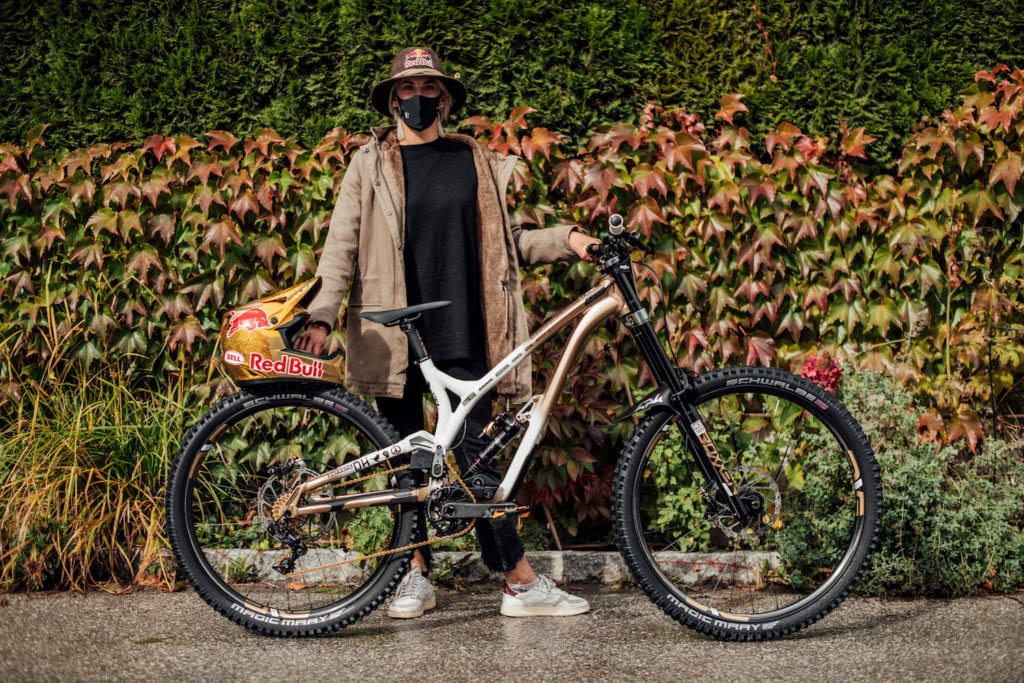 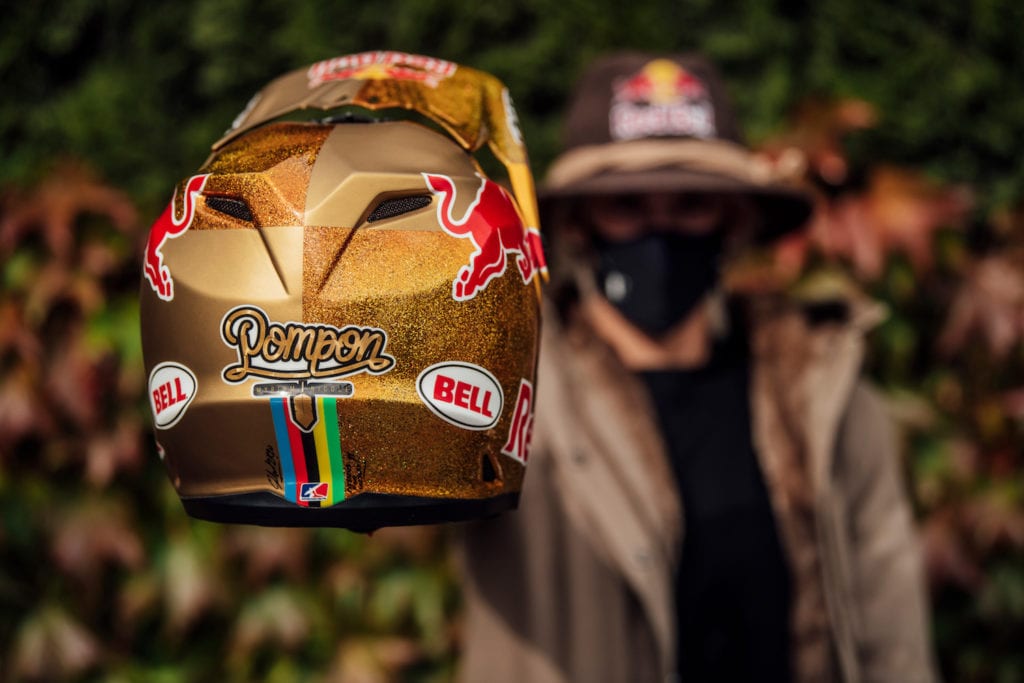 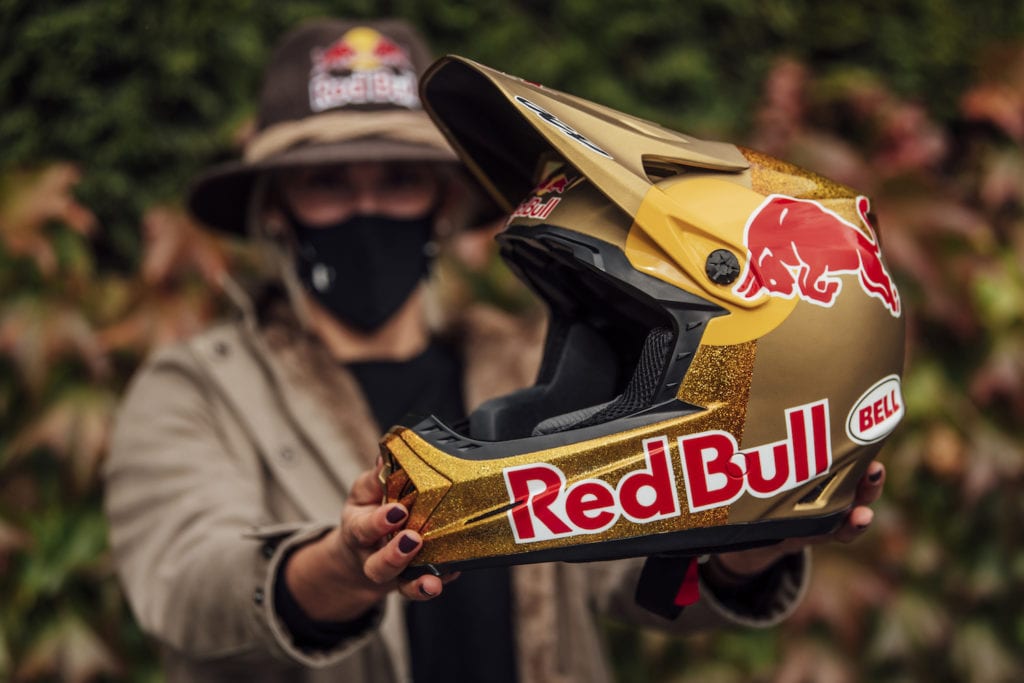 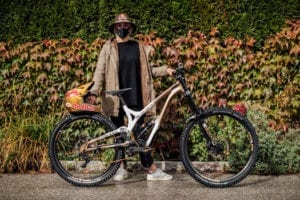 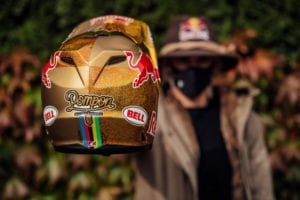 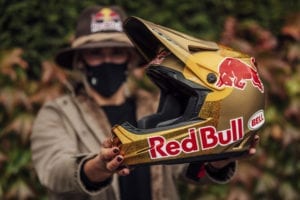 Aaron Gwin’s rocking a custom prototype 27.5″/29″ mullet bike from Intense at Leogang worlds. These bikes were surely painted before Tuesday’s news of Eddie van Halen’s passing but, being fans of the legend, IFR’s paint scheme on Gwin’s prototype doubles as a tribute to the late guitar god.

A post shared by The Fresh Paints of Whistler (@freshpaintsofwhistler)

While Iles’ bike is all Canadiana, his Fox helmet has a more subtle maple leaf theme. Hiding under the visor is a tribute to two fallen Canadian mountain bike heroes. Portraits of Jordie Lunn, who passed away a year ago this week, Stevie Smith will ride with Iles all week in Leogang.

Mark Wallace’s bike is running a full red-and-white Canada theme, down to the headsets and forks. Keeping the national spirit alive in both languages, “Allez” is printed in the small lettering near the shock.

Even without rival Rachel Atherton present, Seagrave will be hoping her Sender is as fast as the lightning painted down its side. To up her odds, the custom Fox kit matches the pink and lightning theme of the Canyon.

Devinci says it has “focused on making something faster” instead of painting a pretty worlds-edition bike. “Faster” looks to mean a new high pivot point version of its Wilson downhill bike.

Practice for Friday’s qualifiers starts Thursday. While Leogang has been on the books for years, the track has been significantly updated with some fresh sections, alone with the inclimate weather.