Mountain bike movies inspire us to ride. Whether that’s by taking us to a far off location or pushing what’s possible on a bike, the best movies make us want to be better riders and plan our own adventures. With more time than a two minute web-edit, full-length movies do more than spike our adrenaline. They allow us in on the journey, its highs and lows.

With huge improvements in video camera technology and GoPro-style POV cameras, the 2010s were a great decade for the mountain bike movie. Blow are 10 movies from the 2010s than stand out from the rest. There’s big bikes and big jumps, but there’s more than shredding. There’s Aboriginal trail building projects in the Yukon, journeys through Vietnam, and explorations of the lesser spoken of risks of our great sport.

Semenuk has a steady stream of amazing web movies, especially with Revel Co. collaborator Rupert Walker. Back in 2014, Semenuk was still entering slopestyle contests and a constant presence in the media. In Rad Company, Semenuk gathers a crew of top riders and teams up with NWD Films and Red Bull Media House for a full length movie. While the Canadian’s more current video’s are much more stylistic, Rad Company takes on the classic style of New World Disorder, “all killer no filler” movies.

Mountain biking is a sport built on community as much as it is racing and contests. In Shift, the focus is entirely on how that sense of community can provide new opportunities for those who get involved. Shift tells the story of indigenous youth from Carcross, Yukon who spend a decade turning historic mining trails into a network of mountain bike trails that have made the area a destination for riders from across Canada, and around the world. Of course, the trails aren’t the only change in the process. Shift shows how the process impacts the youth, too. 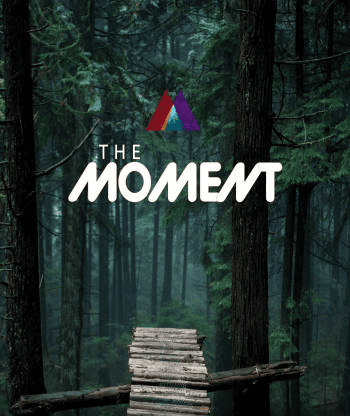 In the late 90s, B.C mountain bikers changed what it meant to ride a mountain bike. Pushing the limits of their equipment, and their bodies, three groups of riders pioneered a style of riding that would become known as freeride, and spread around the world. In The Moment, Darcy Turenne documents the birth of freeride mountain biking, through interviews and extensive archival footage. It’s a fascinating look behind the curtain of a riding scene that would make Vancouver, the Sea to Sky region and B.C. world-famous as a hub of mountain bike culture for decades to come.

RELATED: Relive the birth of freeride on film with Darcy Turenne’s The Moment

The biggest names from the World Cup circuit, and beyond, all together in one film. Steel City Media packs Gamble with the riders everyone wants to watch for a feature length film packed full of nothing but big bike shredding. Oh, and the voice of Hollywood’s Alan Ford, from Snatch.

Paul Basagoitia’s life changed forever when the professional rider suffered a devastating spinal cord injury. HBO’s Any One of Us follows Basagoitia’s journey in real time through the roller coaster experience of recovery as he works towards an unpredictable and uncertain future.

Massively ambitious when it was released back in 2012, Where the Trail Ends ventured all over the globe seeking out the most progressive riding, back when “progressive” was still a key buzzword in mountain biking, in the most remote locations. Featuring Darren Barrecloth and an A-list of the era’s top freeriders from Canada and around the world, Freeride Entertainment and Red Bull Media House combined forces to produce a mountain bike movie that aimed to do no less than change what a freeride movie could be. For Amazon Prime subscribers, Where the Trail Ends is still streaming online.

Clay Porter and Brendan Fairclough worked together for two years to bring Fairclough’s trademark style to the big screen in Deathgrip. The movie follows the World Cup rider to locations around the world, bringing a who’s who of top riders along for the ride. Free’d from the confines of a downhill track’s course tape, these pro’s are set loose on everything from ridgeline jump lines, bike park trails and dirt jumps. Deathgrip is available in full on Netflix, and several other streaming services.

Brett Rheeder has been pushing to get to, and stay at the top of the world slopestyle circuit for much of the 2010s. In Beautiful Idiot, we get to go behind the scenes and see what it takes to push for constant improvement while always being under the scrutiny of the public eye.

Beautiful Idiot is a web-based movie but, at just shy of 15 minutes long, goes deep into the life of this Ontario-born slopestyle star.

None of Jordie Lunn’s Rough AF movies are full length, but no list of the decades best videos would be complete without a mention of the Vancouver Island freerider’s wild web series. Lunn pushed freeride forward into new territory for the 2010s with his creative and imposing creations left viewers in awe, and a little nervous. The Canadian mountain bike community lost a huge presence when Lunn passed away earlier this year, but his legacy will live on in the Rough AF series and those he inspired, both on and off the bike.