At the start of Crankworx, Maxxis announced that Troy Brosnan was the latest athlete to help design his own signature tire. The result the Dissector, is exactly what you might expect if you’re a fan of the Australian’s precise, but blazing fast, racing style.

During Crankworx in Whistler, I had the chance to join a small group of media for a few early morning laps in the bike park on the new tire. While a short ride isn’t enough to give a full review of the new tire, it did show that the Dissector is a versatile tire, and useful addition to Maxxis’ line that will have appeal beyond the DH and bike park crowd.

As we covered in when the Troy Brosnan’s signature tire launched in the first hours of Crankworx, the Dissector is intended to roll fast, and give precise control. It has lower and ramped centre treads than some of Maxxis’ more aggressive tires, allowing you to pick up speed with less effort. There’s still a sharp tailing edge, to give the tire plenty of bite to break late into corners, and still maintain control. As World Cup racers like Brosnan do, and the rest of us aspire to.

Fast rolling speed is combined with more substantial cornering lugs, so the Dissector will still hook up and hold traction when really leaned into a corner. Unlike the Assegai, Maxxis’ last, and more aggressive signature tire, there’s a channel between centre and cornering lugs instead of an intermediary row of treads. This channel helps clear debris and keeps the tire light enough to pick up speed fast.

While rain caused chaos for the Enduro World Series racers, a few days later it made for perfect trail conditions in the Whistler Bike Park. This great for riding, but less than ideal for finding the limits of a new tire.

The Dissector quickly proved true to its word when it came to rolling speed. Our Canyon Sender’s were running the Dissector out back and the more aggressive Assegai up front, as Maxxis recommends for park and downhill riding. Even paired with the slower rolling Assegai, you could feel the bike trying to pick up speed.

Most of our couple laps were mostly on smoother flow trails, where the dirt was mint and traction endless. The Dissector excelled in this, picking up speed quickly and still providing quick control when I needed to slow down. On the sections of technical trail we did hit, and when hunting for looser conditions on the sides of main trails, the Dissector still felt like it was in control. When it did start to move around or break free, it did so predictably and was quick to hock back up again. Getting it to break loose was easier where we did find rocks still wet from the weekend, but it never felt like it was in over its head. 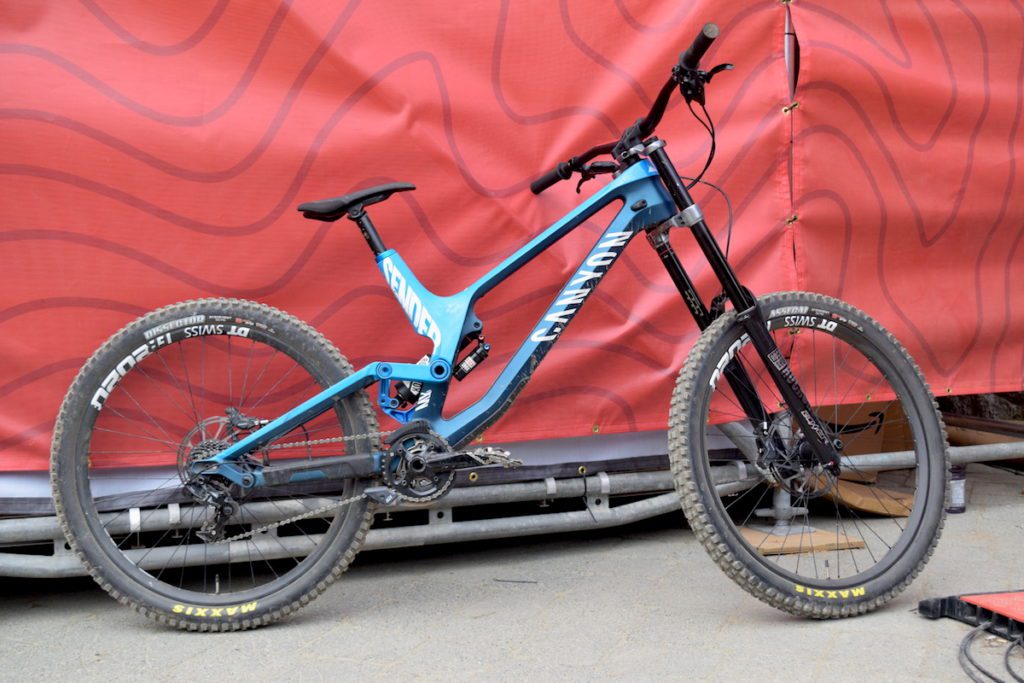 Maxxis set up a fleet of Canyon Senders, the same bike Brosnan and Mark Wallace race on the World CUp 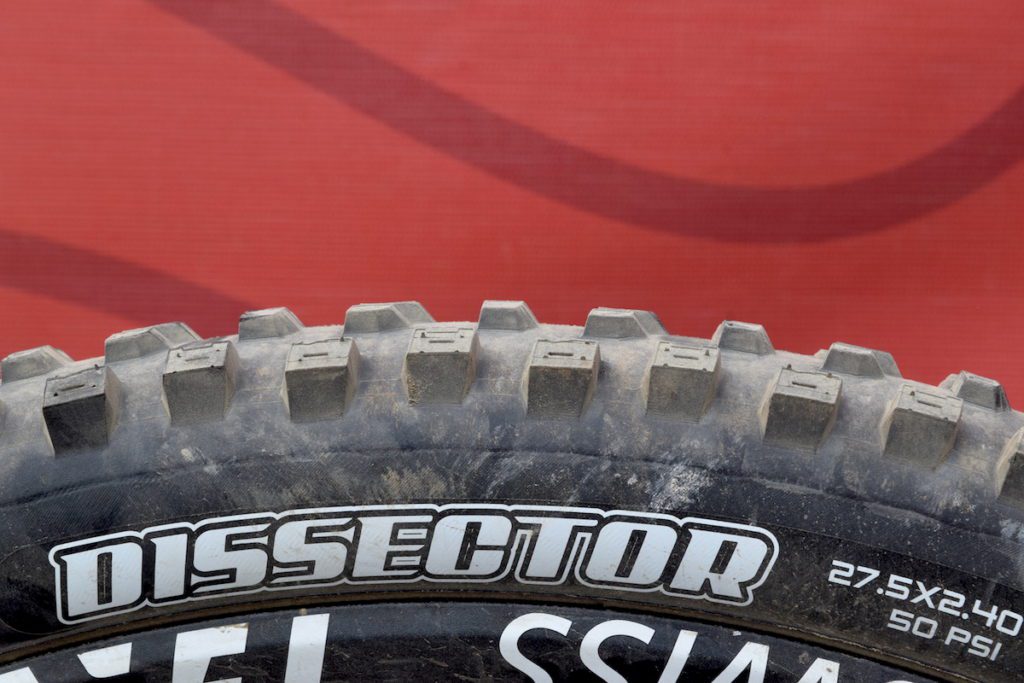 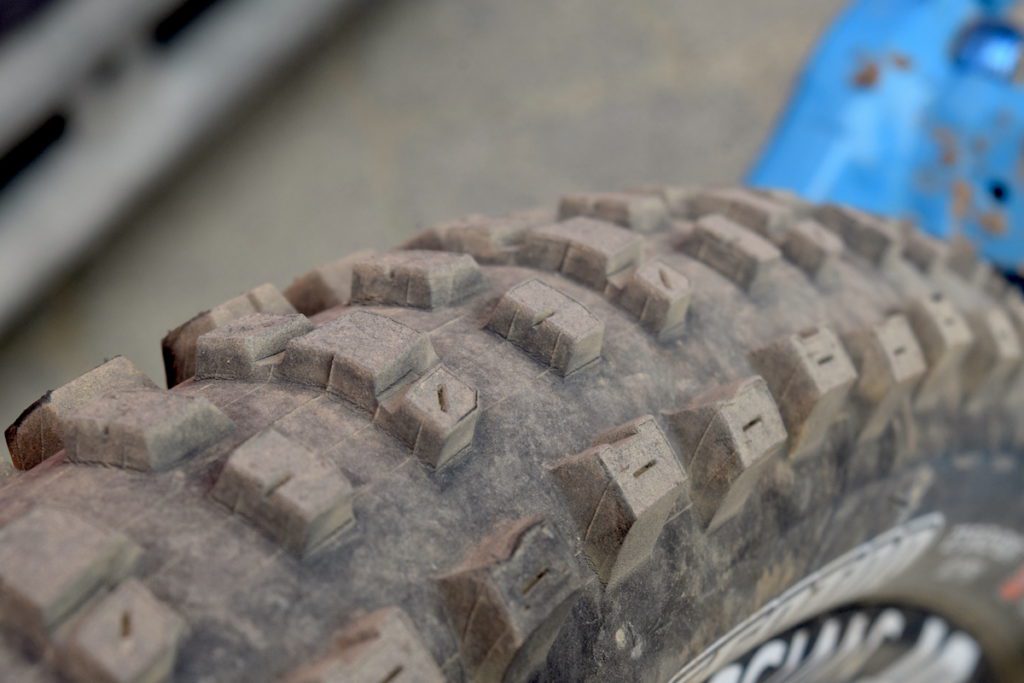 The shoulder and cornering lugs have small sipes cut in, adding flexiblity for better cornering traction 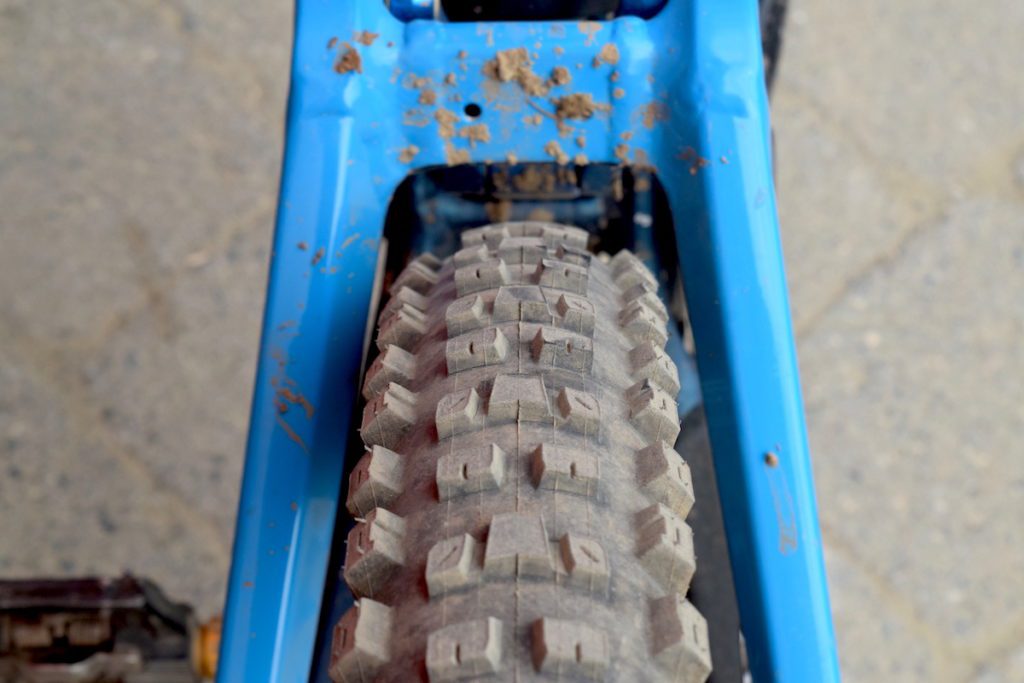 Lower profile, wide treads down the middle, but still plenty of cornering bite 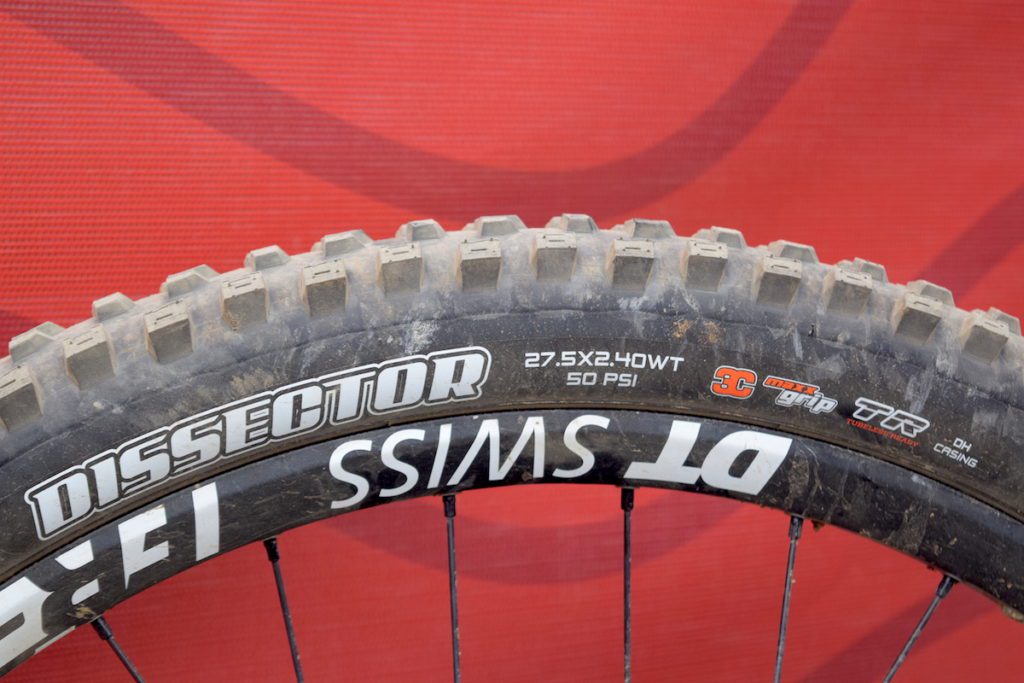 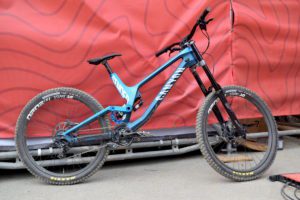 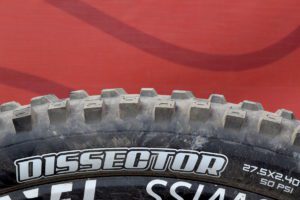 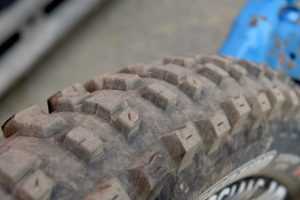 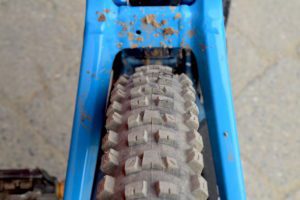 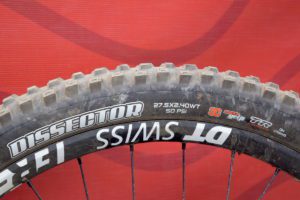 Any way you slice it: A tire with multiple purposes

With Troy Brosnan’s name attached, the Dissector’s primary audience is the gravity crowd. Maxxis markets the tire first as a rear tire for park riding and downhill racing. With a little time on the tire, it’s clearly not the only place I see the new tire gaining traction. In this context, Maxxis’ description of a tire for fast, dry tracks makes sense.

The Dissector fills an interesting gap in Maxxis’ line, though, between the Minion DHF/DHR combo and the Minion SS. For trail riders who want more traction, but don’t want the full weight and rolling resistance of the venerable DHF/DHR’s, an EXO casing Dissector should be a very interesting option. It adds rolling speed without giving away anywhere near as much traction as the semi-slick Minion SS.

At local trails heads on the West Coast, the trend lately has been towards mid-travel, and even light trail bikes running some combo of Minions or equally aggressive tires. For many riders, the added control of the DHF/DHR is worth the trade off in added weight and rolling resistance. The Dissectors combo of faster rolling speed and still-sharp braking could make it a winner, even for more aggressive trail riders.

Maxxis’ line is expansive. There’s faster tires with less grip, and heavier tires with more grip. On trail bikes, the Dissector offers  solid middle ground that should pick up traction for riders that want an aggressive, confidence inspiring tire, but also want something faster rolling than a full Minion, or just don’t think they need that much bite when riding.

With EXO and full DH casing – the Dissector is aimed at line pickers of a wide variety of crowds. Race it downhill or enduro as a rear tire, or hit up bike park laps. Or run it up front as a faster, but still substantial trail tire.

Troy Brosnan’s tire rolled out of the gate in both 27.5″ and 29″ diameters. Right now, the Dissector only comes in the 2.4″ WT width, with either EXO or DH casing. The word from Maxxis is that more width options will be available in the future, but they weren’t getting specific about what those will end up being.

All versions of the Dissector use Maxxis’ Wide Trail tubeless-ready casings. WT casing is designed to work best with 30 – 35 mm rims (internal diameter).

Maxxis Dissector is available in stores now.  Pricing is in line with the brands other tires. The EXO casing version comes in at $75 USD. In DH casing, the Dissector is $90 USD.