Most top Canadian mountain bikers spend their summer shuttling back and forth from home to European World Cup races. With travel restrictions still lingering, 2021 was a bit different. Those that did travel, stayed longer. None stayed as long as Emilly Johnston, though. The Comox, B.C. rider secured a spot at the World Cycling Centre in Switzerland. She lived and trained through the entire summer until returning to North America for the Snowshoe World Cup in West Virginia.

The change of scenery appears to have helped. On top of several excellent under-23 World Cup results, Johnston landed her first under-23 XCO national championship title this fall at Baie-St.-Paul, Que. That adds to her growing title of maple leaf jerseys, including a junior women’s XCO win in 2019 and the first-ever Canadian junior women’s cyclocross national title the same year.

I caught up with Johnston over the phone on Vancouver Island, where she’s back training and studying for the winter.

Canadian Cycling Magazine: So you were at the World Cycling Centre all summer. How did you get connected to that?

Emilly Johnston: My coach managed to connect me with them. He knew Richard (Wooles) that’d worked there the year before. They put me in touch because they knew it’d be a pretty optimal opportunity to live at the World Cycling Centre.

What were your goals going over to Europe for so long?

My goal was to get more race experience. I though by going over there and getting situated it would be the best way for me to learn more race tactics and gain experience and start off my u-23 years strong.

What was the experience like? Did you have your own training program or did you follow something provided by the WCC?

WCC gives you a coach – they have one for each discipline – so it’s pretty cool. We all lived and trained together. There was four of us on the mountain bike program. The WCC’s goal as a program is to find and develop athletes and give them a platform to progress from. And to support other National federations that need help with athlete development and European racing experience.

For me, obviously the National Federation is good. But they weren’t going to be over there for as long as I wanted to be. I got really lucky with COVID because normally I wouldn’t be able to go. Normally they’d take people from less developed cycling nations. The other riders were from Argentina, Brazil, Lesotho and Japan. So we had almost all the continents covered, which is pretty cool. 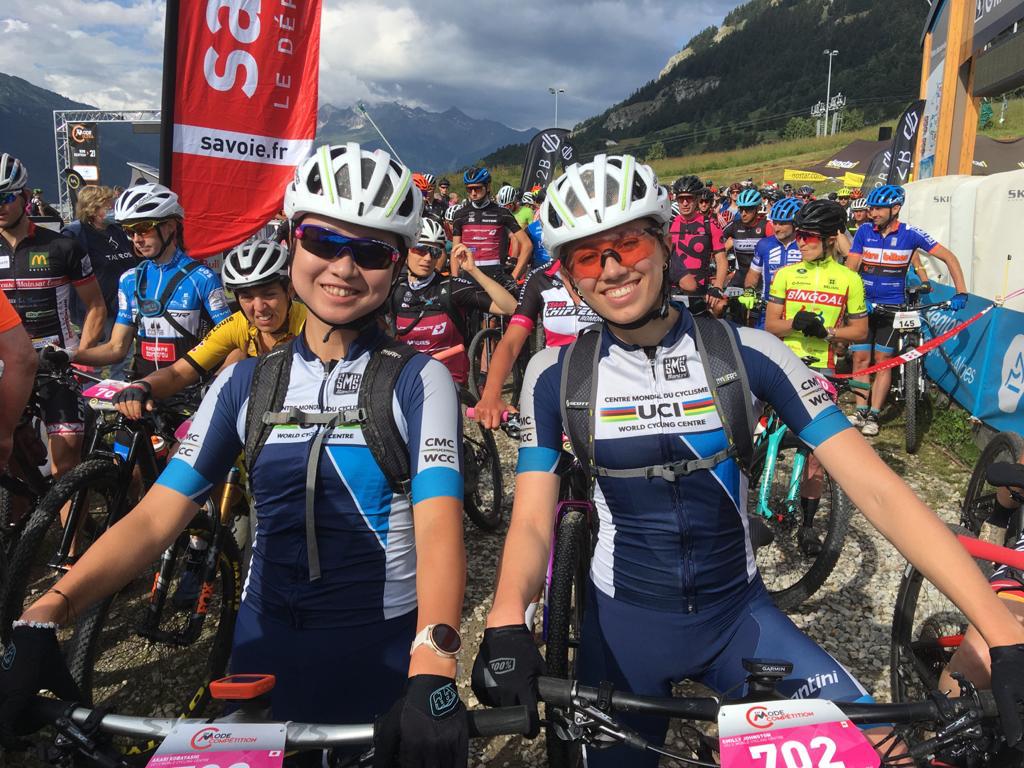 How was like to get to spend your summer training with people from all over the world?

It was so amazing. They’re some of my best friends now! We got along super well and there definitely people who I will be able to connect with for the rest of my life if I’m in their part of the world. It was a really amazing group of like-minded people. To learn different people’s life experiences is so cool.

This wasn’t your first experience in Europe, but it’s the longest you’ve spend overseas. What was it like spending such an extended period away from home?

I was really worried that I would get super home sick going over there, but the team really felt like a family. By the end of the trip I was missing home a little bit. But I just felt that everything was so new, we were getting to explore so many new places and do so much different racing. And I was always be learning the whole time I was there, it was amazing. I had an incredible time over there.

Obviously when I got home, it was nice to be back in B.C. and back in Canada. I’ll for sure miss it but I’m also excited to go back to Europe next year for sure.

Most of what racing we see back here in North America is the World Cup series. Are there any other races that stood out, either as fun events or that you learned from?

Yeah, I have a couple favourites. I did the Transmaurienne Vanoise stage race, which was a five-day, BCBR-style days of 4-5 hours on average and just in and around Aussois, France. We were up in the mountains, and you’re racing for so long and it’s so hard – I actually dug the deepest I’ve had to dig on some of those days. But the views were amazing – you look around and it’s just so spectacular. Those longer events you’re more likely to chat with people. To meet with people from all over the world that was really cool. And just to do a mountain bike stage race was really cool because I’d never done one before.

There was an XCO in La Thuile, Italy which is probably one of my favourite XCO courses. Those are the two that are not World Cups. 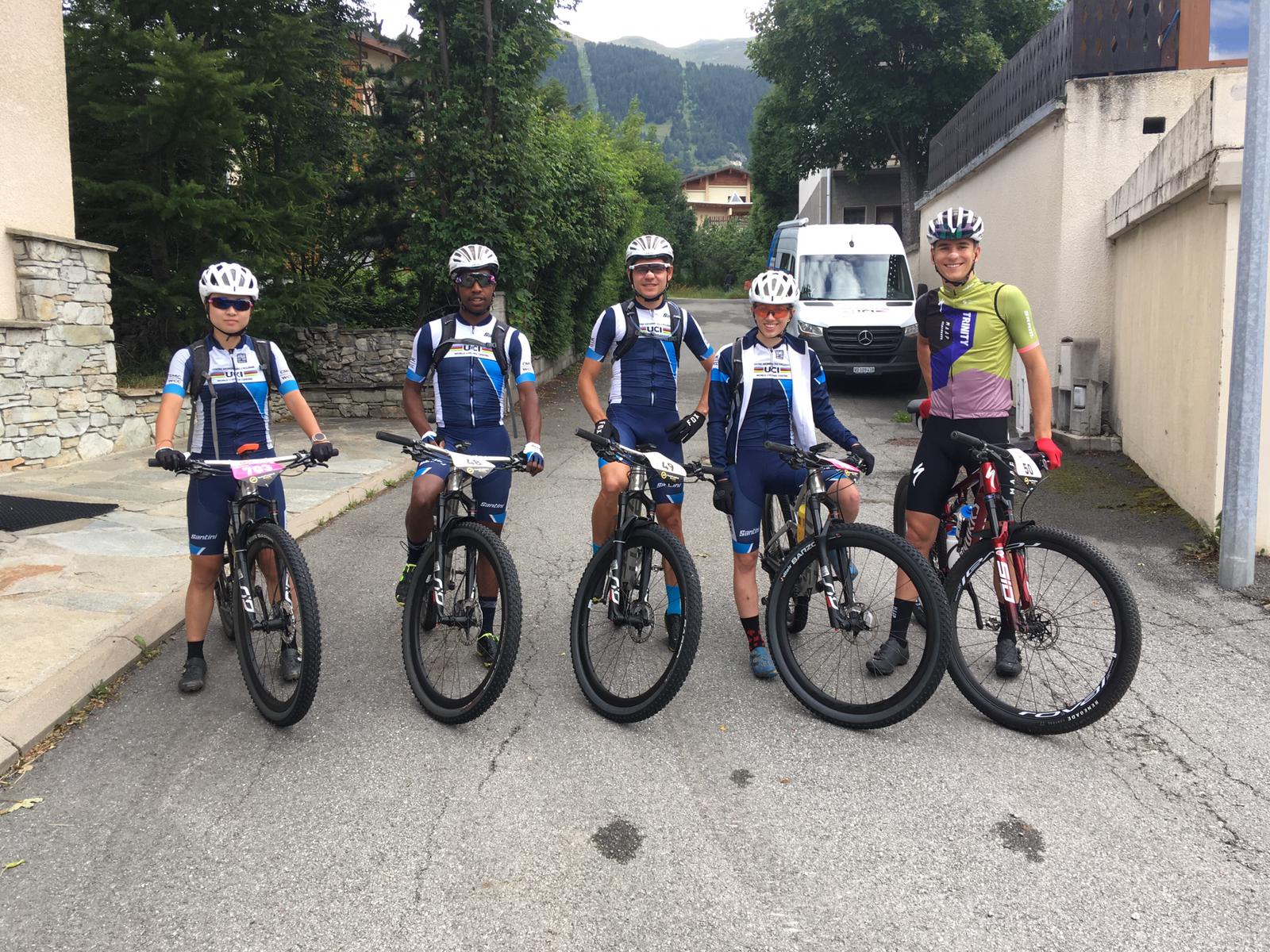 As for the World Cup XCO season, how did those races go?

I had some good rides! I was really happy, especially starting from the back. I felt like I learned a ton. Like patience, being able to race in a group, being able to pass people, riding different lines and learning when to take a risk and when not to.

One of my best races was Albstadt. I really surprised myself going into that first World Cup of the season. And Snowshoe was really good too. Snowshoe and XCO nationals were really good rides for me, but every World Cup was pretty awesome.

This is your first year of under-23. Will those results be enough to help push you up the start grid for next year so you don’t have to start at the back?

Hopefully. I will have some points going into the season, and hopefully I’ll be able to get some early season points as well before the World Cups start. But yeah, it would be nice to not be dead last on the start grid.

You said you had a good race at nationals, which you ended up winning. How did that race play out?

That was one of the best races of my life, actually. It just felt like everything was going right. I wasn’t sure going in, though. I knew it was going to be a really close battle because Marianne [Théberge] and I have been back and forth for most of the season – which is so fun, to have so many strong girls to push against. So I knew it was going to be really close. But I managed to attack on the second lap and it stuck.

I honestly didn’t think I was going to be able to hold the pace, because I was going so full-gas so early, but the legs just kept going and I just felt really amazing the whole ride. I was thinking “Oh my gosh, I didn’t know I was able to do this.” So it was a really good race for me.

At the Snowshoe World Cup you were riding out of the Trinity Racing pits. What did you take away from a weekend with such a successful team?

Yeah, I guest rode at Trinity for the Snowshoe World Cup. The whole team was so positive, they’re a really nice group. I was a bit nervous going into the weekend, obviously, because it’s a really big program. But they were so nice.

I experimented with bike set up and tire pressures over the weekend. I’ve always just run the same pressures so it was cool to work with their mechanic to figure out different things that would work for me.

They also helped me plan my race fueling a bit differently than what I would normally do, which was really cool. Normally I just use gels and water, so i get all my carbs from gel. This race, we switched it, so I got all my carbs from drink mix instead of gels. Sometimes gels can be harder on the stomach [Ed: Tom Dumoulin can confirm]. It was really cool to flip that around and try the opposite and find that works for me.

You raced last year for Pendrel Racing and this year for WCC. Do you have plans set for next year?

I have a few potential things. But nothing is finalized, so I can’t say just yet.

What are your plans for the rest of the fall?

School – I’m at UVIC right now – and I raced the Cross on the Rock series. Then cross nationals and, if I qualify, I would love to go to cross worlds as well. But mostly training and studying.

How does it feel training towards the prospect of cross worlds knowing they’re in North America this year?

It’s super exciting! It made me even more motivated to go to worlds this year for cross, knowing that it would be in North America. Most of the big cross races are always in Europe. To have the North American world championships would be so cool.