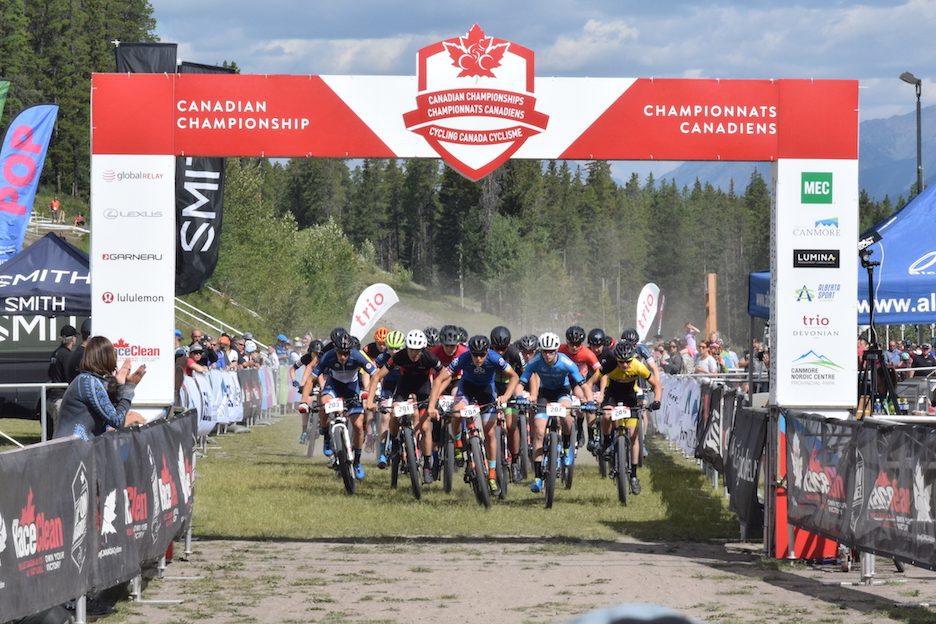 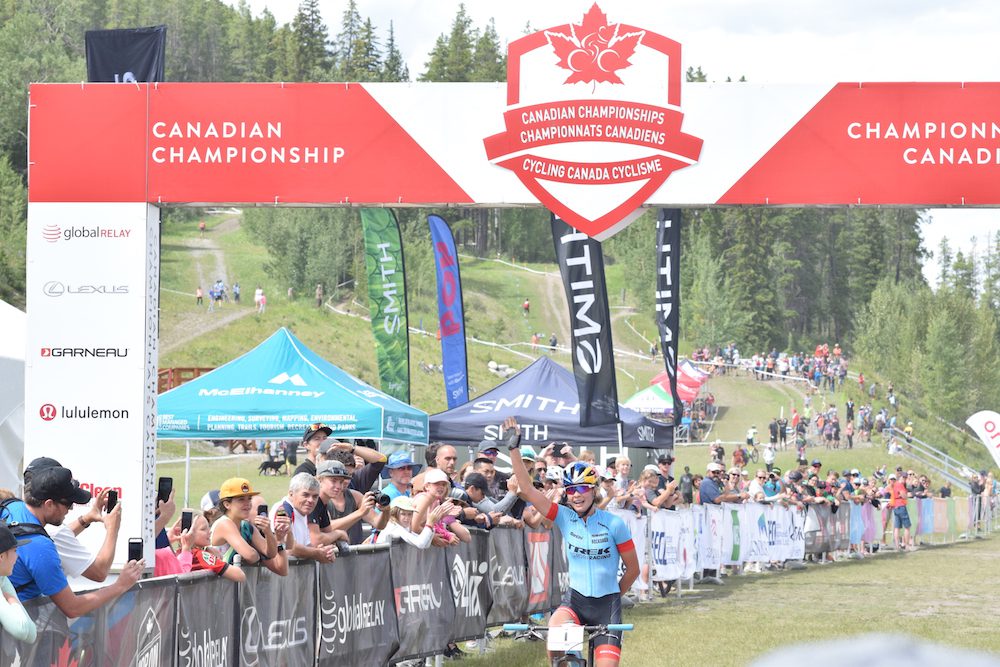 The races were far different than last year though. Emily Batty (Trek Factory Racing) set pace from the start, and didn’t let up until she captured her fourth Canadian XCO title. 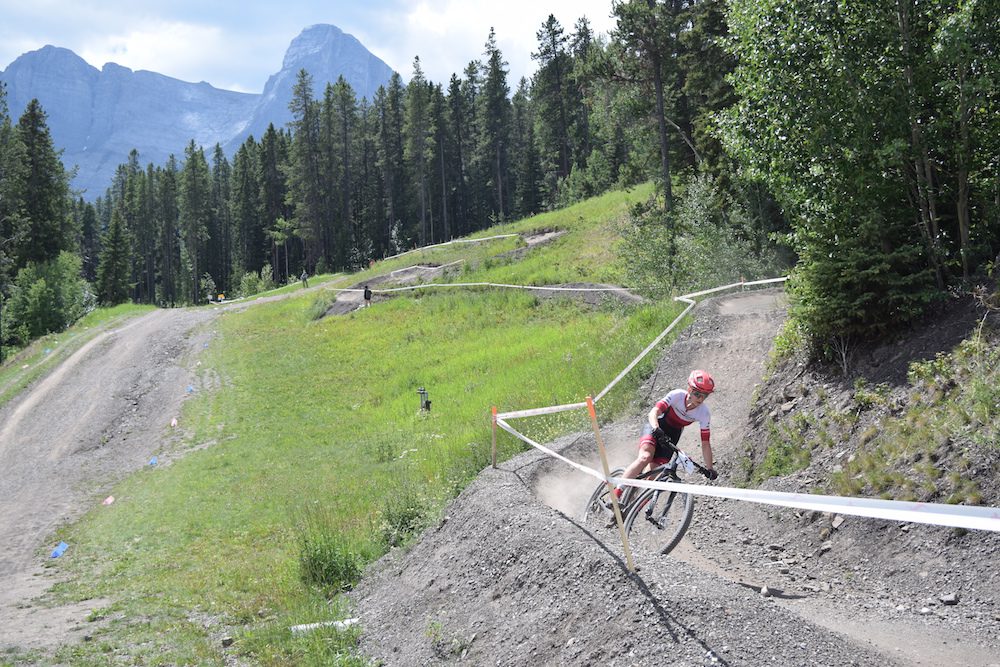 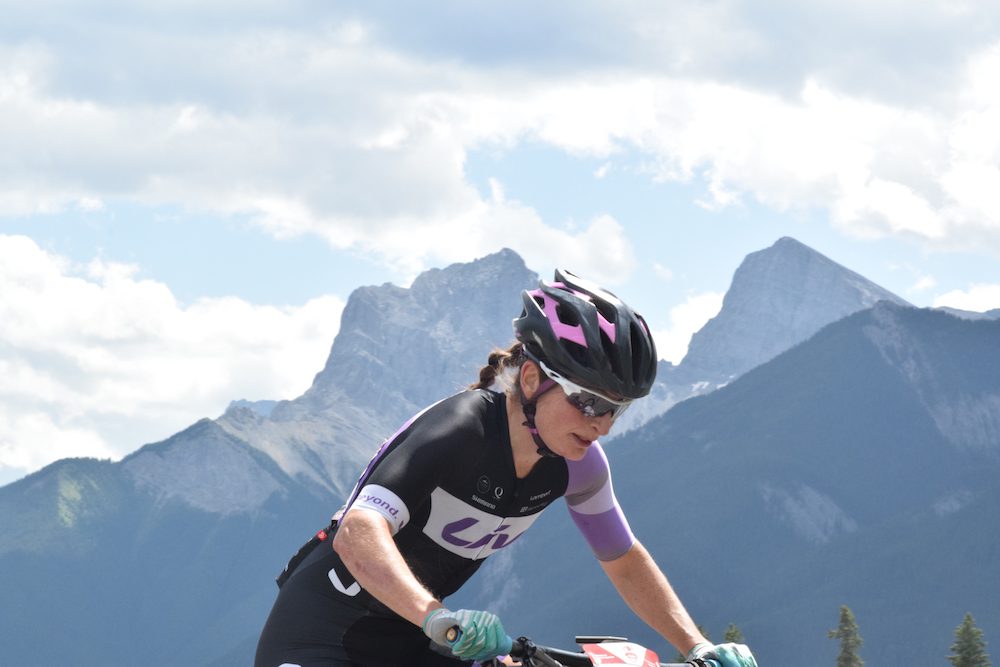 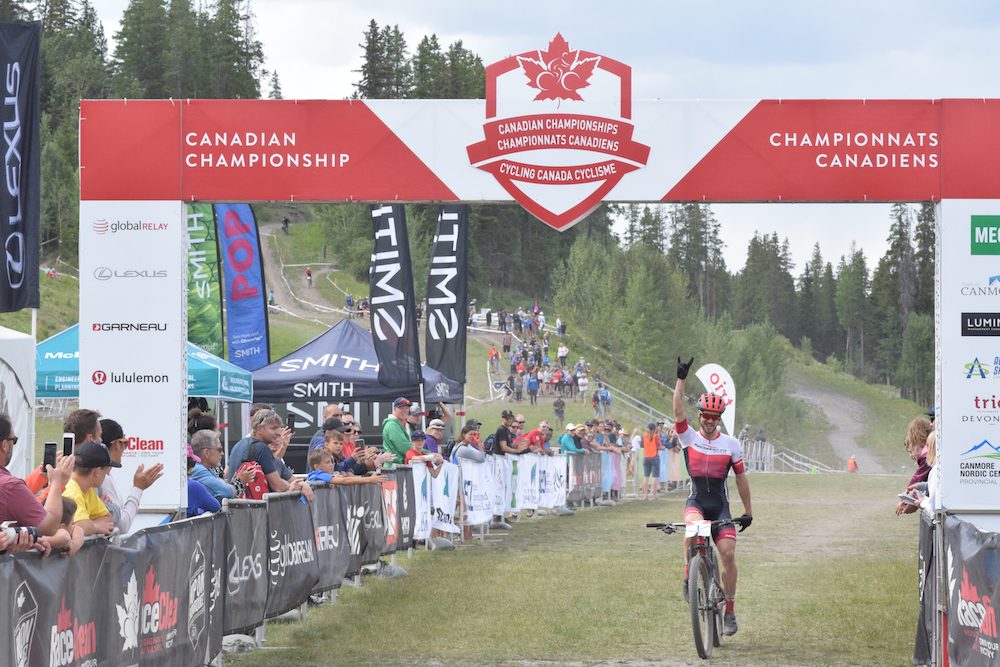 The Men’s race saw another repeat victor, with Peter Disera (Norco Facotry Team) claiming his second straight national title. The race narrative, though, was much different. Disera and Raphaël Gagné (Silverback OMX Pro Team) set themselves apart from the field quickly. Gagné attacked, built up a 50 seconds lead, and looked on track to reclaim the maple leaf jersey. A flat rear tire going into the last lap left Gagné watching in the mechanic pits as Disera rode by, and away to win his second consecutive championship at the Canmore Nordic Centre. 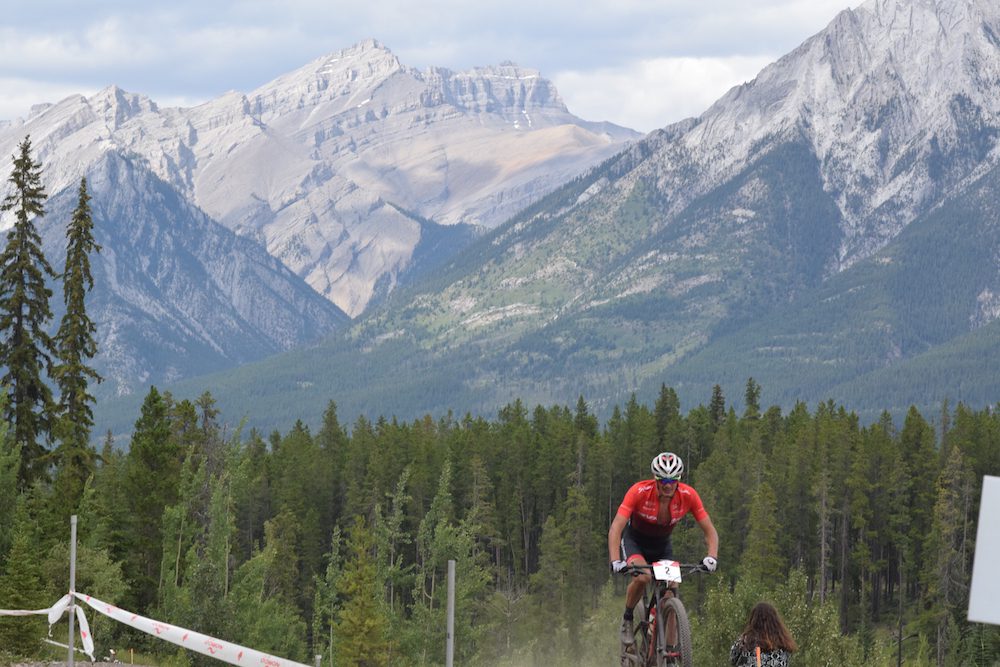 Léandre Bouchard rode much of the race on his own in third, behind Gagné and Disera but ahead of a chase group riding in fourth. The tall KMC-Ekoi-SR Suntour rider had gone down somewhere on course and was riding with a bloody knee. Bouchard pushed through to the end, and the bronze. 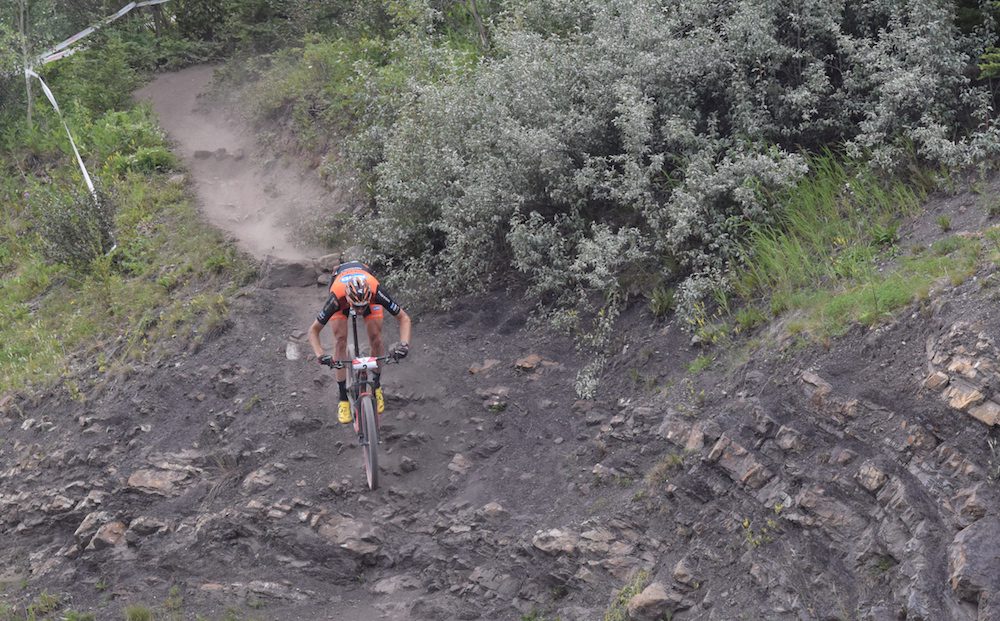 After riding in fourth much of the race, Evan Guthrie (Pivot/Maxxis/Kal Tire) was passed on the final lap by Andrew L’Esperance (Forward Racing-Norco). L’Esperance worked his way steadily through the field to finish fifth. 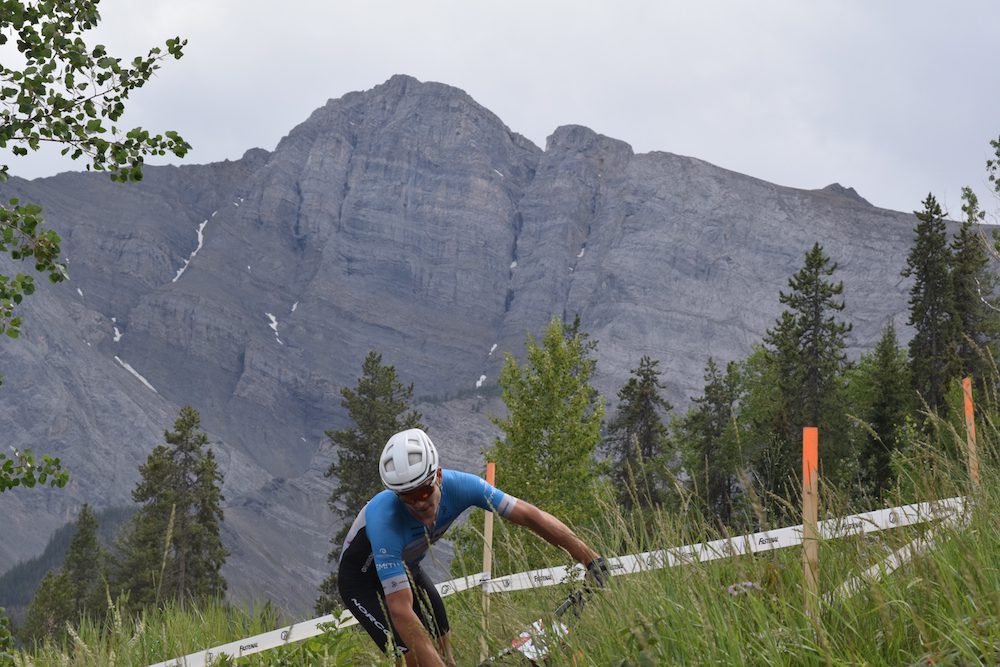 Sean Fincham attacked early on in the Men’s U23 race and never let up. The Forward Racing-Norco rider seemed intent on catching the lead racers in the Elite Men’s race, who had started with a two minute advantage over the U23 field. By the time Fincham had finished his six lap race, he was riding in fourth position, with just the Elite Men’s podium remaining ahead of him on course. Fincham repeated as U23 Men’s national champion with several minutes advantage over the rest of the field.

The race for second was an intense one. After chasing Fincham early on, Norco Factory Team’s Quinton Disera was caught by a pair of Pivot-OTE riders. First Marc-Andre Fortier then, late in the race, Raphael Auclair. Fortier would finish second, Auclair third, and Disera fourth. Félix Longpré finished fifth. 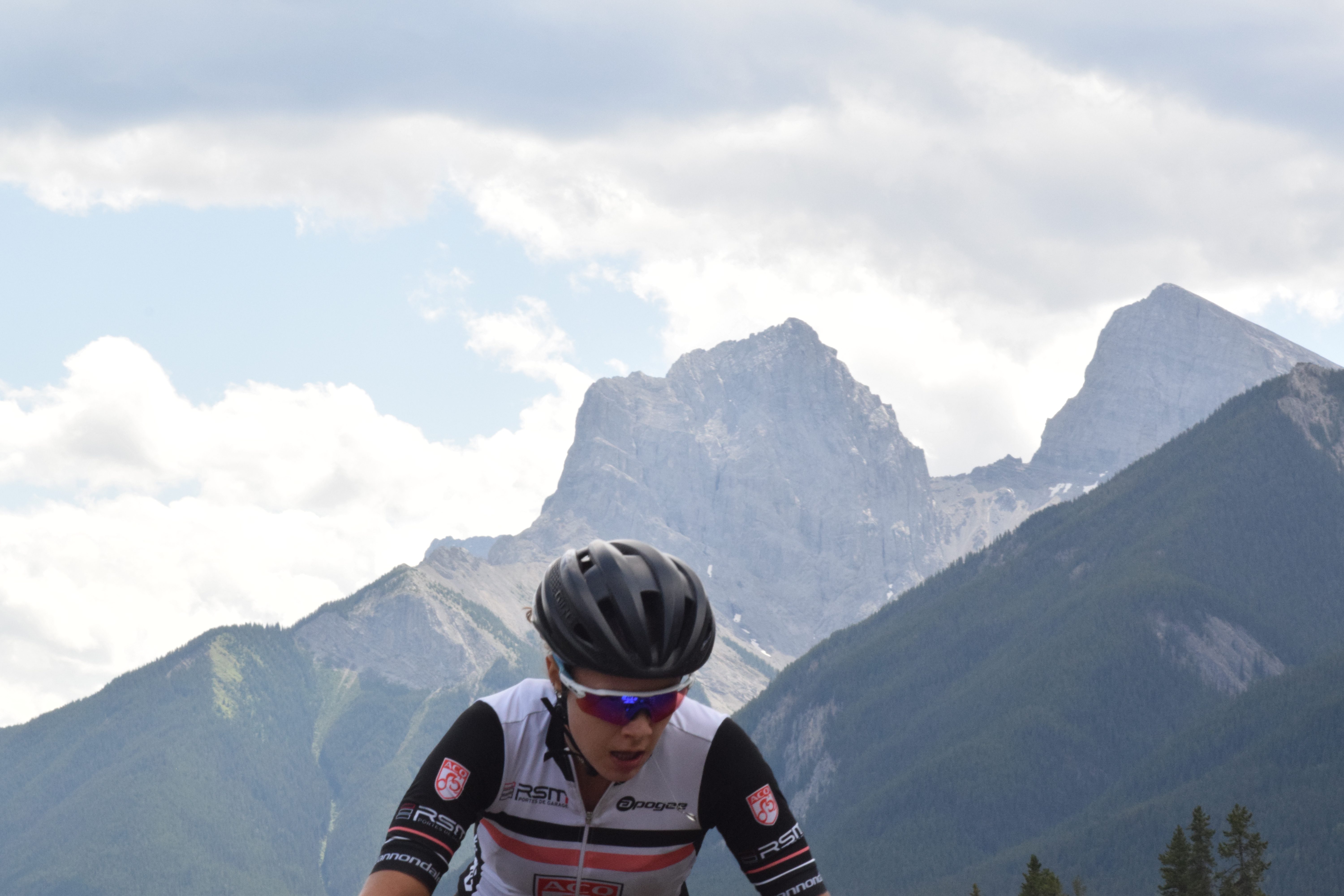 Laurie Arsenault (ACQ) rode away from the field to win the U23 Women’s national championship title in Canmore. Behind her, Revelstokes Emily Unterberger (Pendrel Racing) worked her way through the field to finish second, with Sophianna Samson (CVM Sigma Assurance) finishing third. 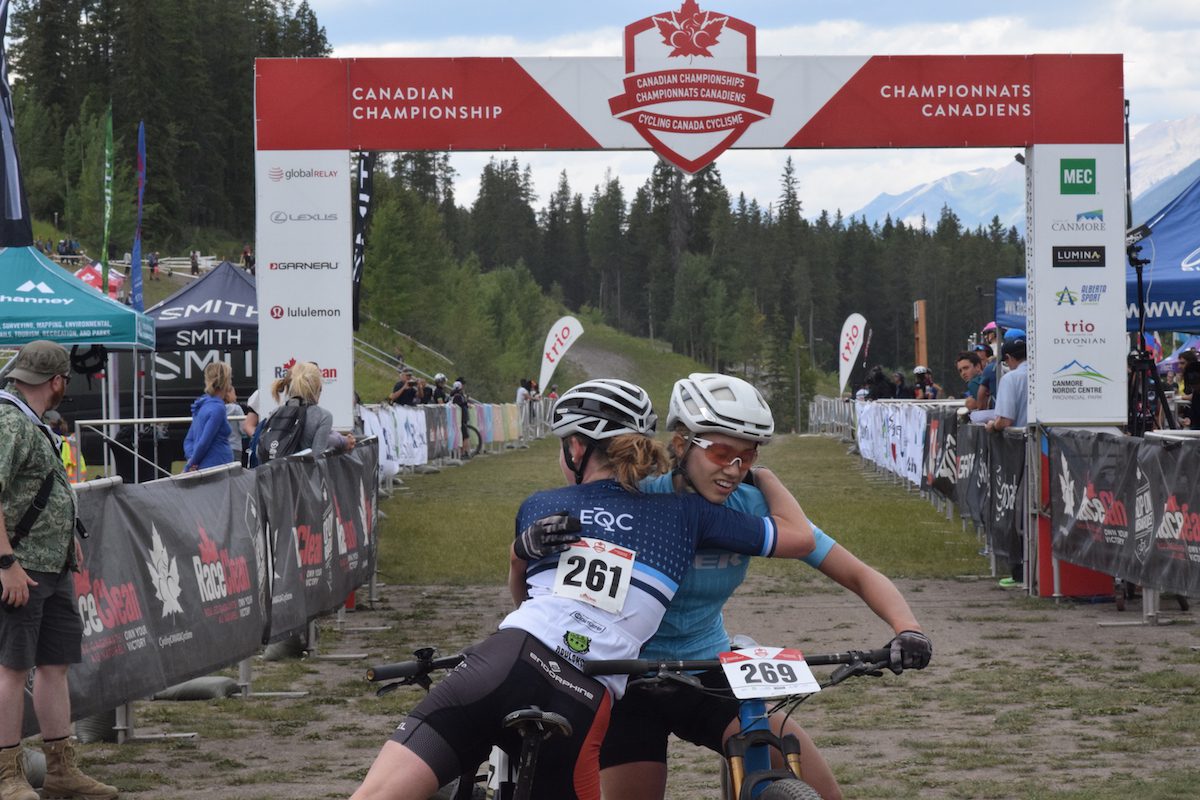 The Junior Women’s race saw a race-long battle between Roxane Vermette and Emilly Johnston (Trek BC Devo). Johnston, racing up a category from U-17, pushed the pace for much of the race, at times opening up a gap back to Vermette. Never giving up, Vermette returned to Johnston’s wheel every time. On the last lap, Vermette attacked to ride across the line solo to repeat as Junior Women’s national champion. 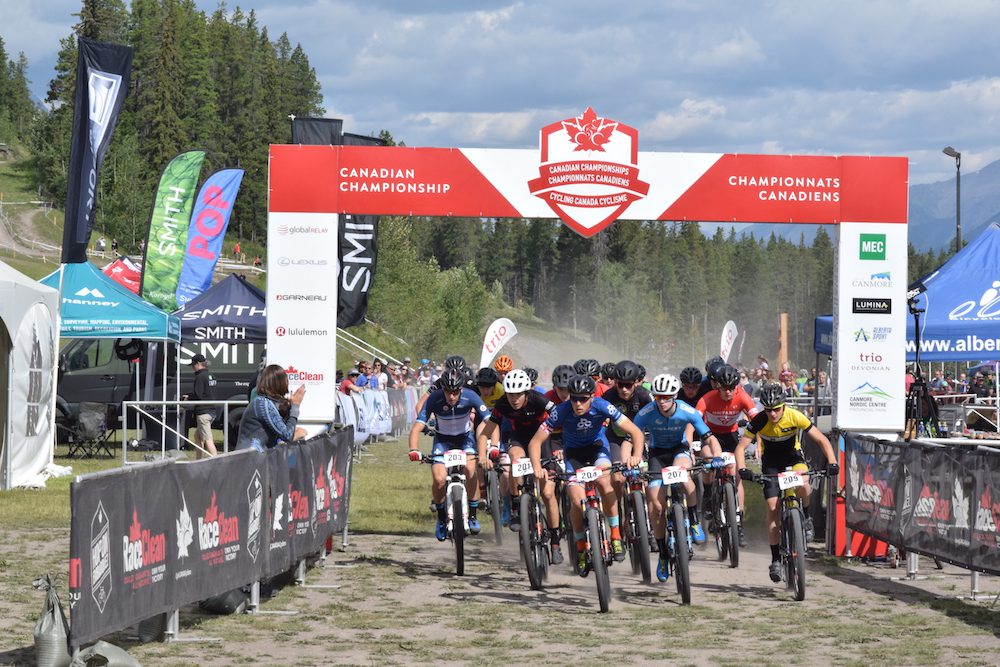 After dominating much of the Canada Cup series, Carter Woods (Rocky Mountain/DCC/CyclingBC) and Holden Jones (Pendrel Racing) wasted little time separating themselves from the field. The pair have finished 1-2 at each Canada Cup round they’ve raced, with the training partners trading wins. Instead of waiting for another sprint finish, Woods decided to make his move early. After attacking midway through the race, Woods steadily increased his lead through the remaining laps to win his first Junior national championship. Holden Jones held on to finish second, with Colton Woods (Team Ontario / Trek Store) finishing third. 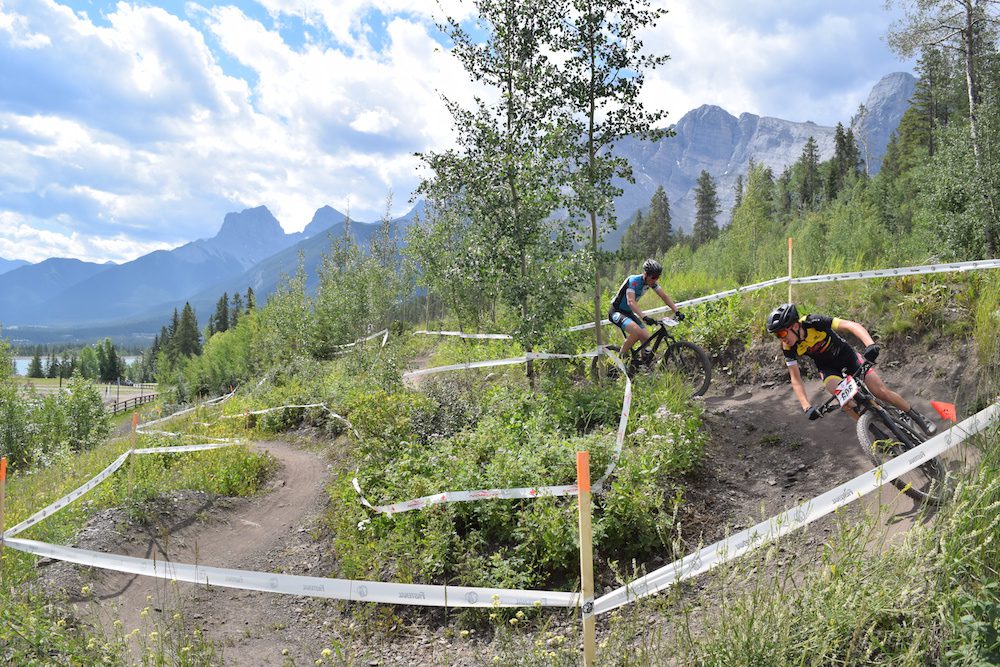 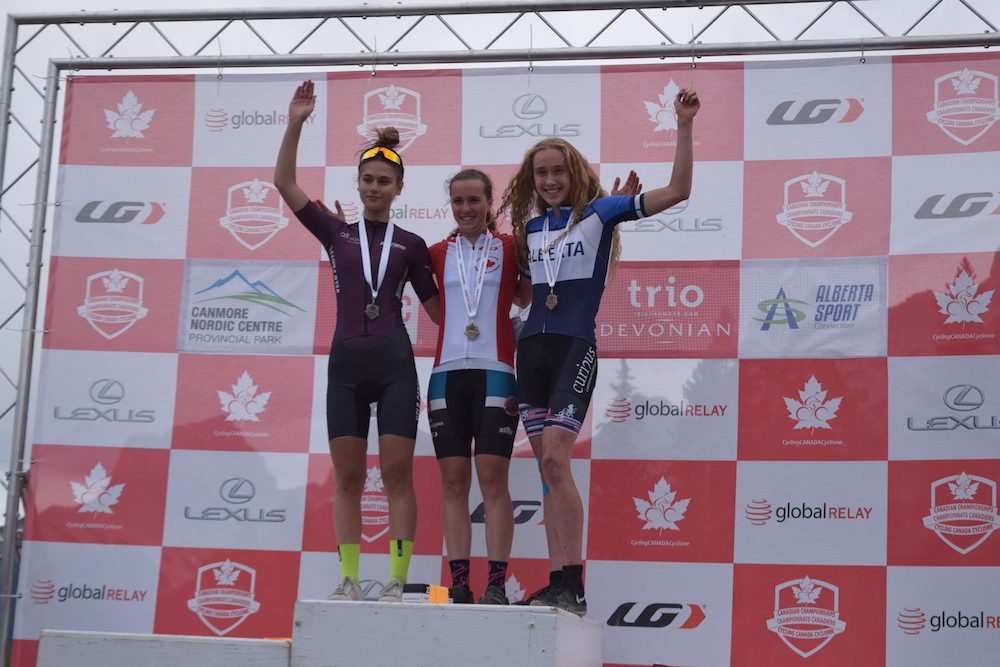