Few other means of travel offer the same freedom as that which comes from road tripping. On the road, a swimming spot viewed from the passenger side window is as good a reason to stop as any and an interesting billboard can lead you to a detour you never imagined. 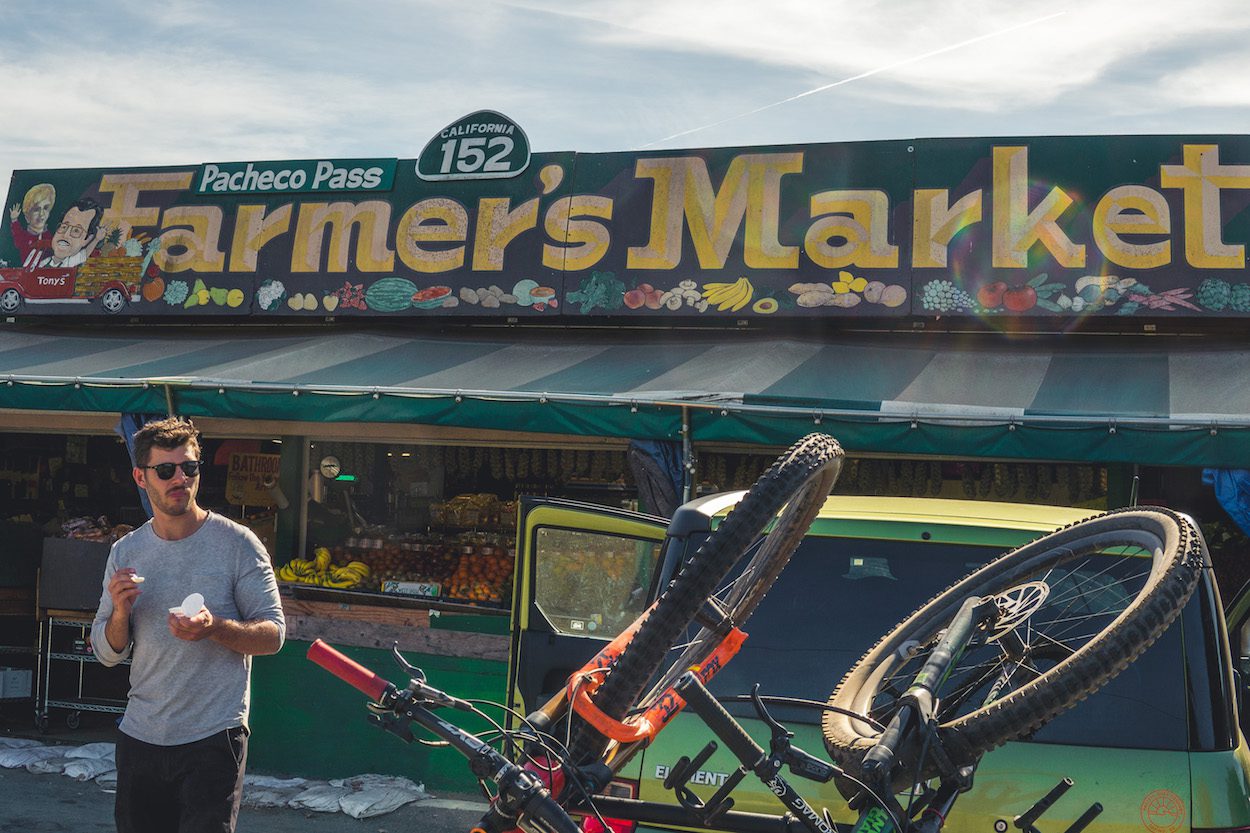 What trip, however, would be complete without its share of bumps and wrong turns? After a day of exploring in San Francisco, the Yuba river and Downieville far behind on the opposite side of California, we returned to the parking garage 30 minutes after it had closed for the night. With our car trapped inside and unwilling to pay for a hotel, we spent the night roaming the streets of the city. San Francisco’s cable cars may not be as pretty at night, but the sunrise over the Golden Gate bridge made our short saga well worth it. 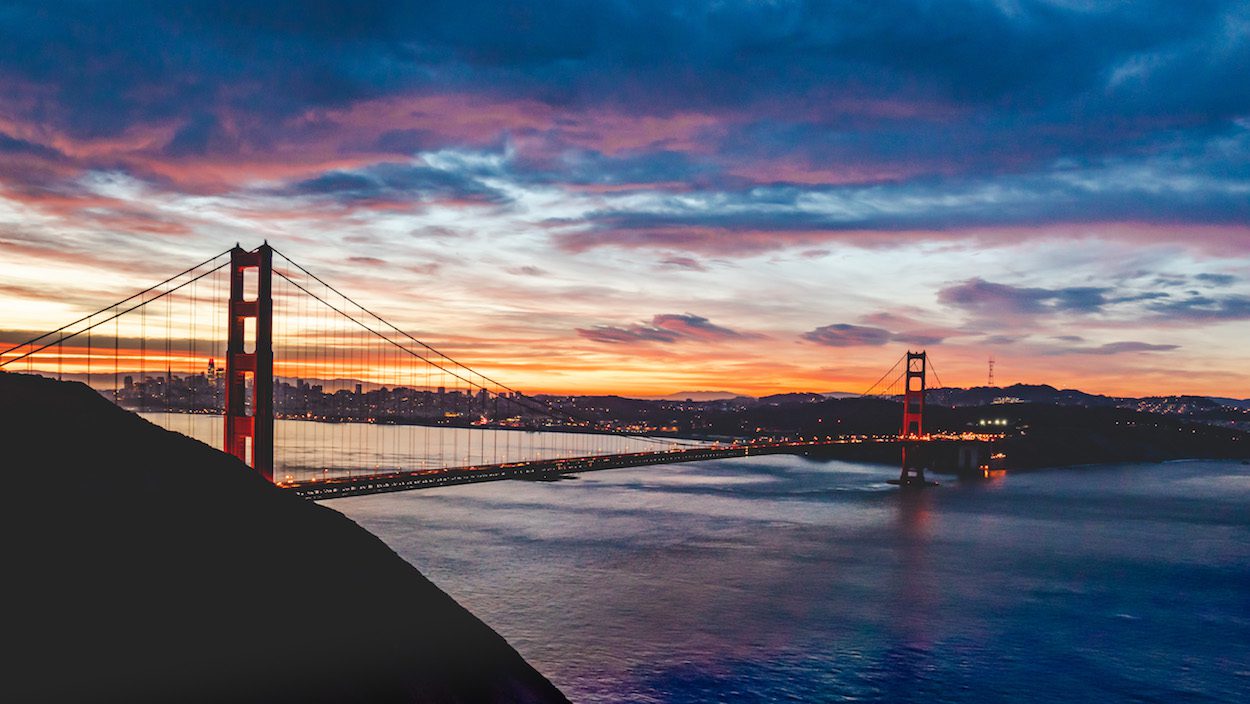 Our car retrieved from the Parking Garage, we made our way down the coast to check out Santa Cruz. We were lucky to get a guided tour of the Fox headquarters and the local goods by Fox’s own Jordi Cortes. Unfortunately, a lot of the trails Santa Cruz is famous for are being closed off to the public. They have always been unsanctioned and with the area’s growing reputation as a riding destination, the local authorities are cracking down. Regardless, we had a great ride and the Santa-Cruz vibe is hard to beat! 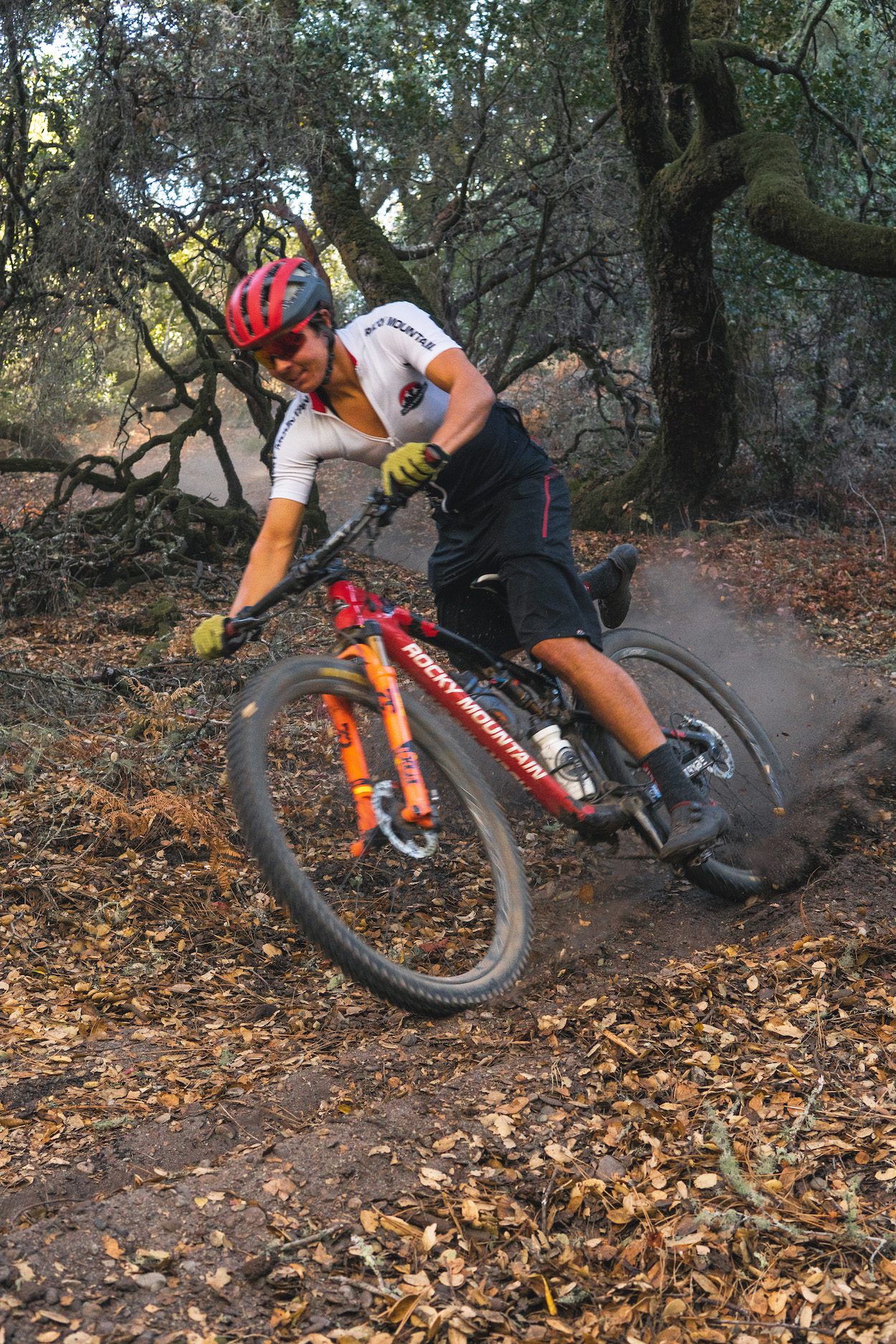 From Santa Cruz we headed back into the Sierra Mountains to explore Yosemite, Kings Canyon and Sequoia national parks. With no reservation and campgrounds full when we arrived, we had to talk a crew of climbers to let us share a site with them. 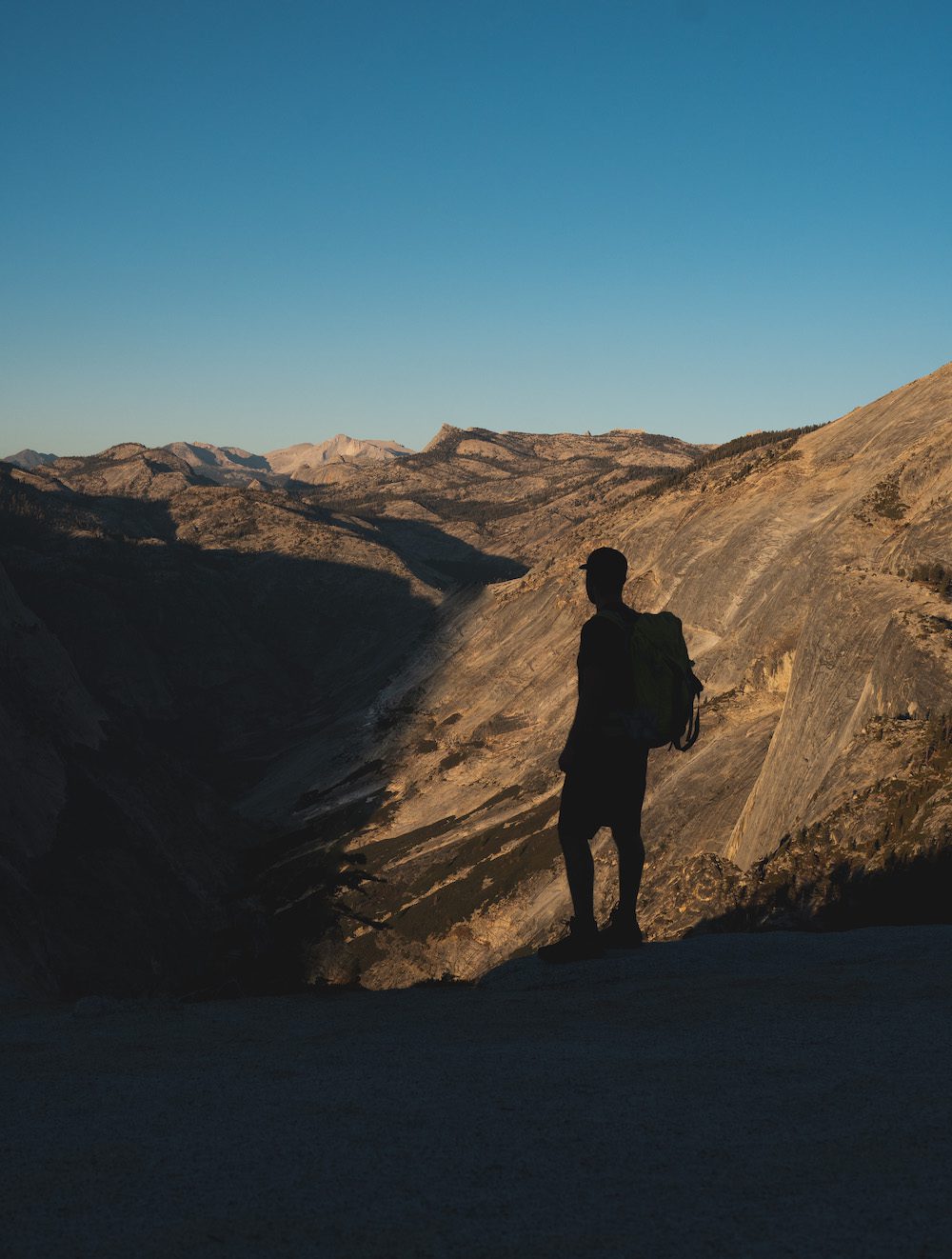 As a fan of climbing, Yosemite has been on my list for a long time. It is no surprise that people are drawn to these walls. You feel small when you are surrounded by cliffs like this and I think that is why rock climbing has such a purity to it. It is the athlete vs the self vs the terrain. It was obvious in the crew we were sharing camp with, they all did it our of pure love. I see a lot of similarities with the mountain biking scene but also take a lot of inspiration to bring to my riding. 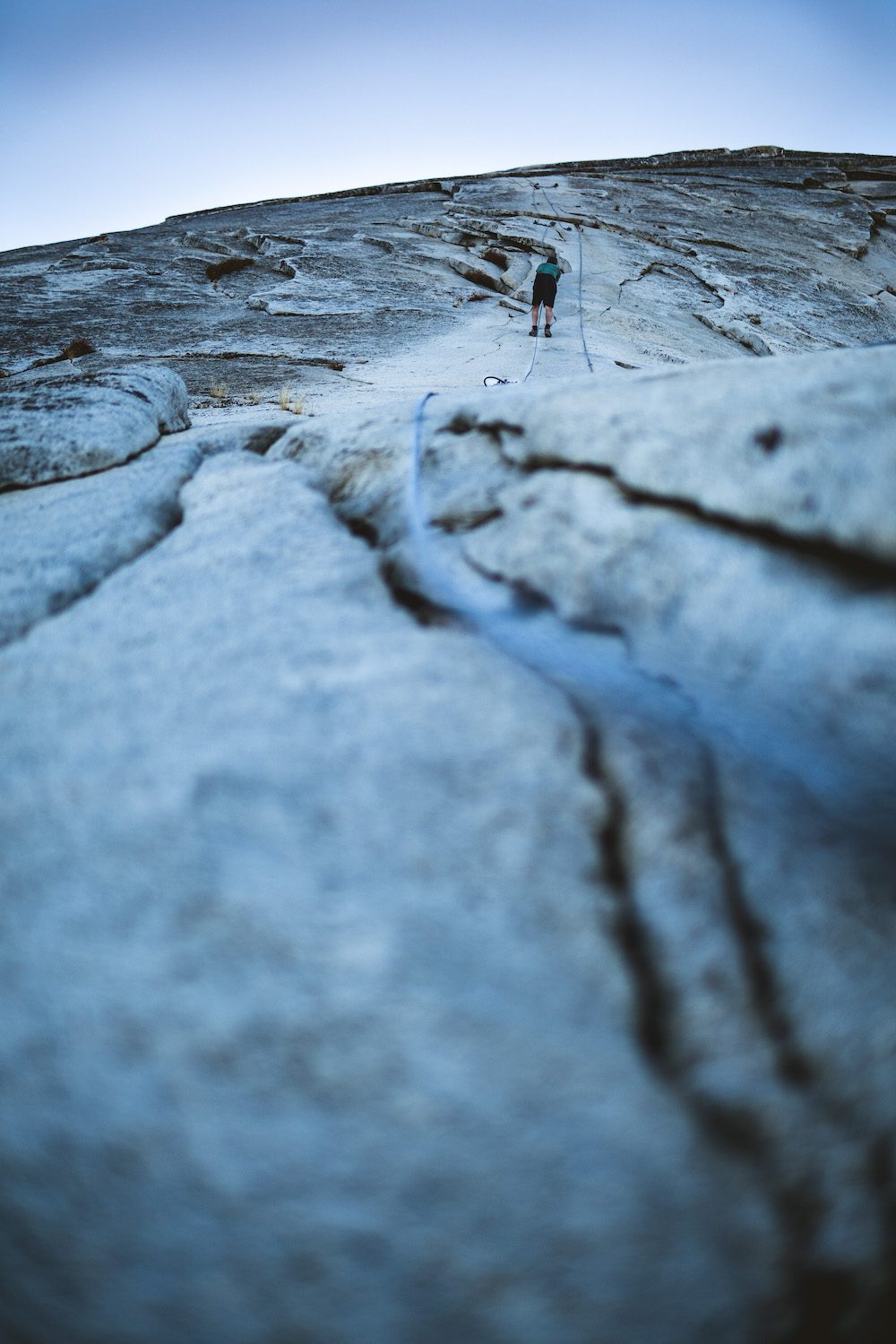 After a very inspiring 4 days spent in Yosemite, we made the short drive over to Kings Canyon and Sequoia National Parks to explore some of the biggest trees in the world. There is nothing like big, old stuff to give you some perspective. The kind of things a 2000 year old Sequoia tree has been through is hard to imagine, but hordes of human tourists snapping photos has got to be one of the strangest! 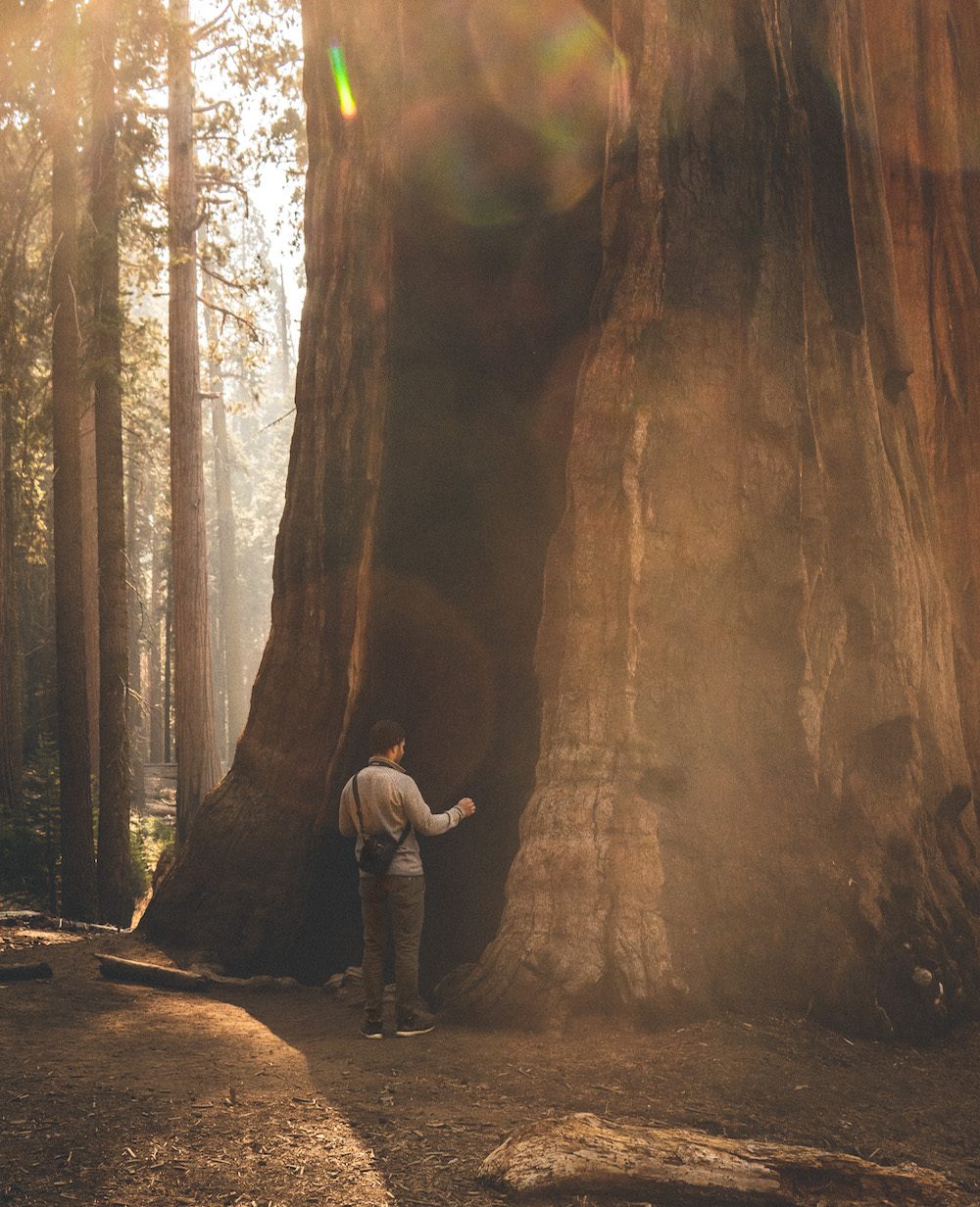 Whether your car is held hostage by an angry parking security guard, the trails you were hoping to ride are closed or you have no place to sleep, there is always an interesting opportunity presenting itself if you are open to. Sometimes, wrong turns lead to the greatest adventures. 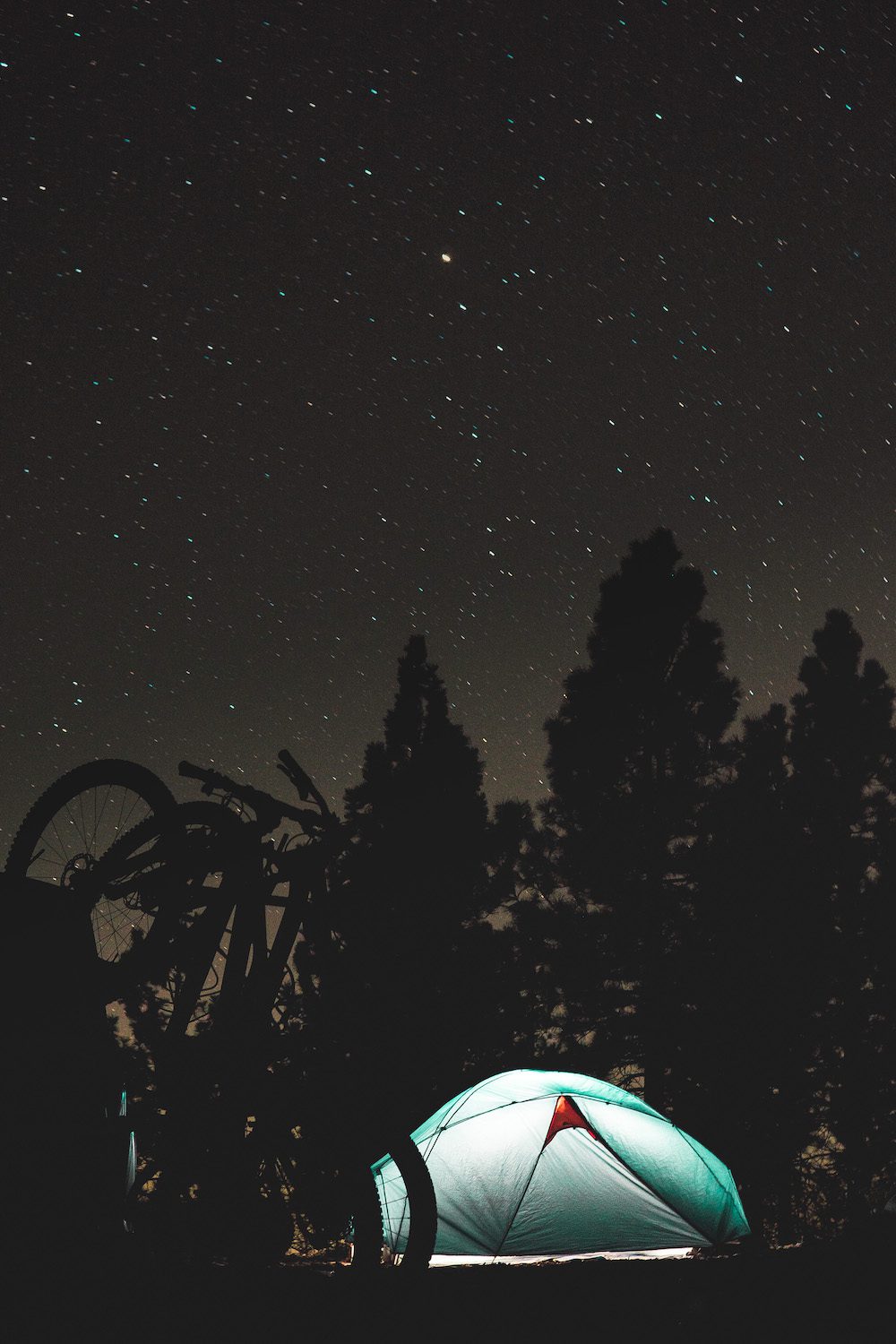 Felix Burke is cross country racer from Mont-Tremblant, Que., training in Victoria, B.C. while studying at the University of Victoria. In 2018, Burke achieved his goal of winning the Canada Cup XCO series overall, racing for Rocky Mountain Bicycles. When returning to studies and training in September didn’t feel right, Burke decided to find answers on the trail. Where the Trail Leads is Burke’s story of the journey that follows. Chapter 1: New Season New Plan. Chapter 2: Planning. Chapter 3: Mt. Hood, Ore., Chapter 4: Dust and Burritos in Bend, Ore., Chapter 5: Bucketlist rides in Downieville, Cali, and Chapter 6: Wrong turns in San Francisco.