The French dominated Saturday as Switzerland delivered sensational racing for the fourth World Cup downhill of 2021. Finn Iles led the Canadian results, saving a near-crash within sight of the finish line to hold on to a top-10 finish.

Near misses was the theme of the day for the elite Canadians in Lenzerheide. Mark Wallace and Finn Iles both nearly crashed in their race runs but both still pulled out top-20 finishes in an incredibly close race.

Finn Iles (Specialized Gravity) leaves Switzerland as the fastest Canadian elite. The national champion was looking fast and smooth and seeing green lights all the way down the track. On the final set of two flat corners, it nearly all came unraveled. Iles lost his back wheel, barely maintaining control and bringing it back just on time to hit the massive finish line step down. Even with the near-disastrous error, Iles still ended the day in 10th. All the more impressive considering he’s still working through a hand injury that saw him sit out the Maribor World Cup round just two weeks ago.

Mark Wallace (Canyon Cllctv) also put in a big result despite nearly not making it down the track. The Vancouver Island rider went over a drop very nose heavy, muscling his way through to prevent an OTB in the rocks early in his race run. From there, Wallace pulled back time all the way to the finish, crossing the line 16th. 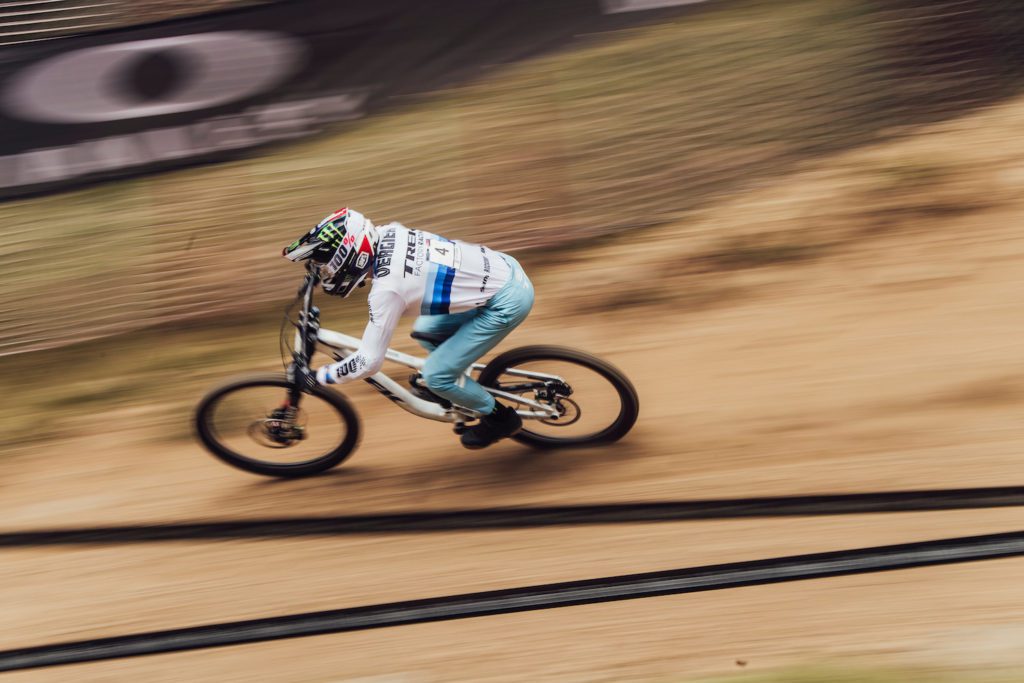 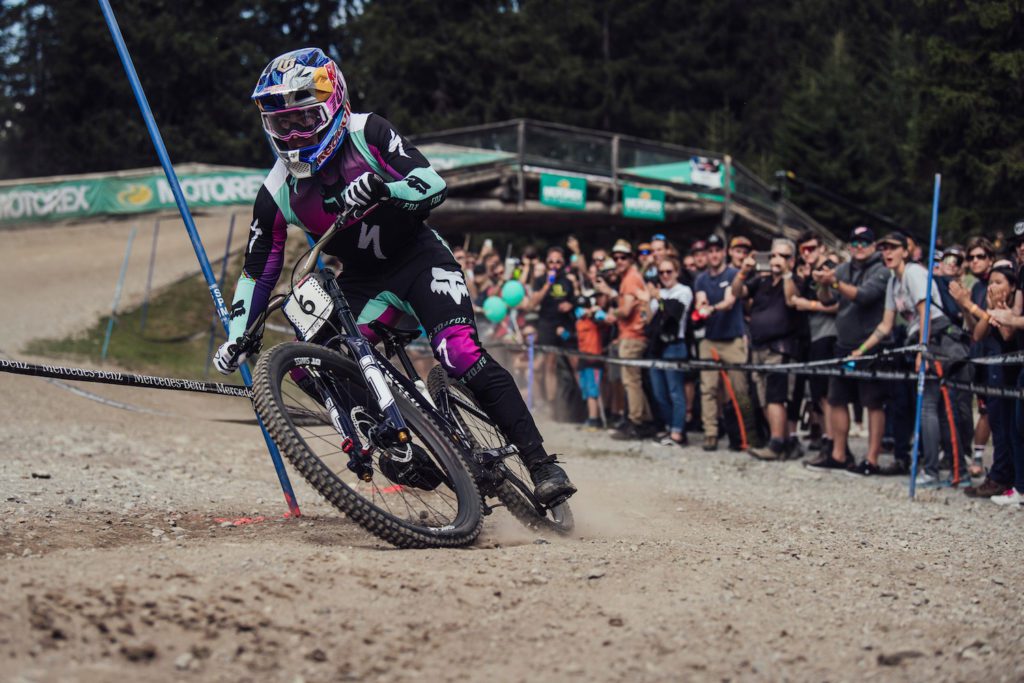 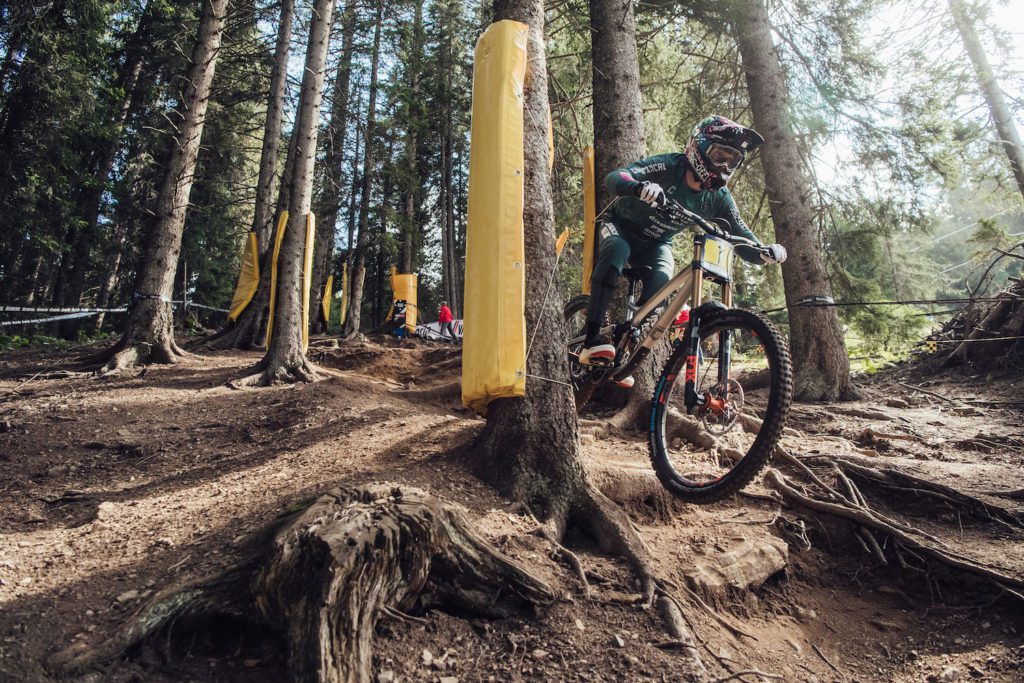 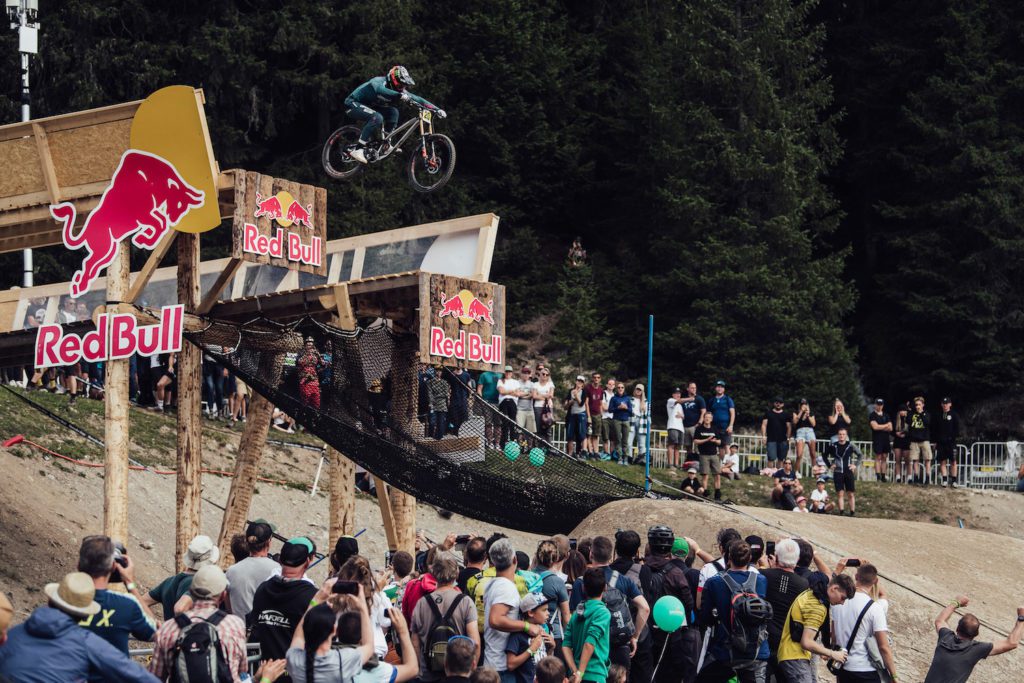 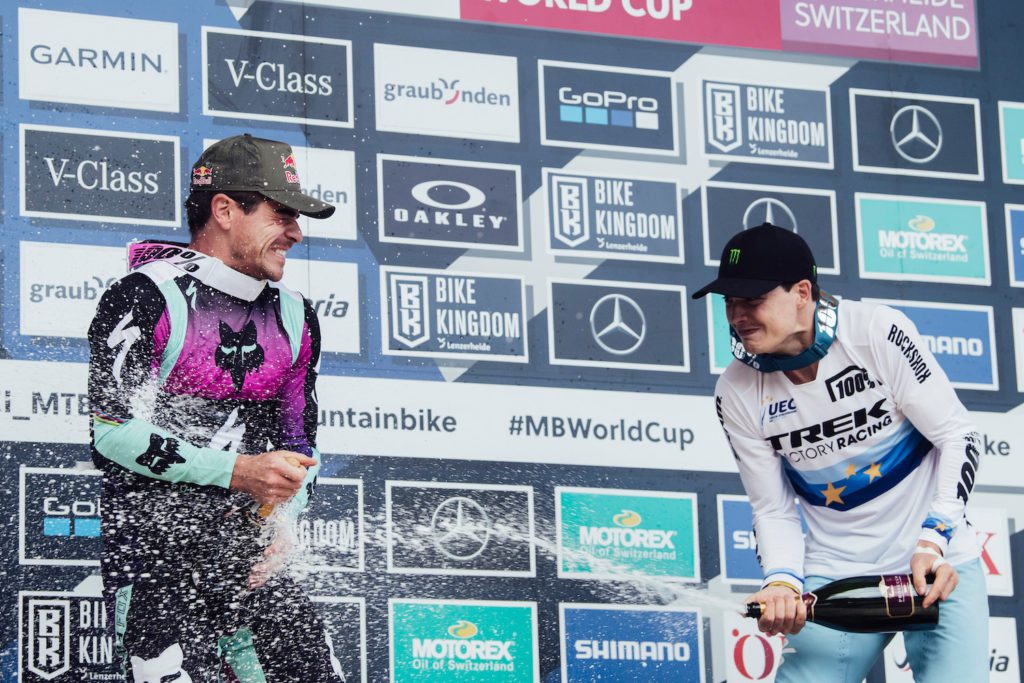 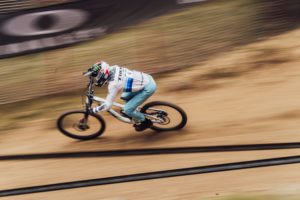 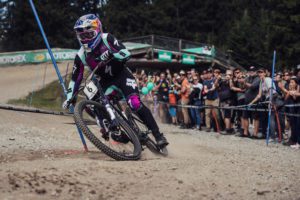 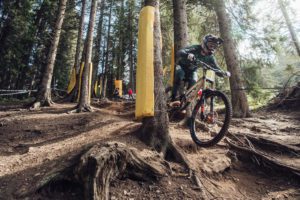 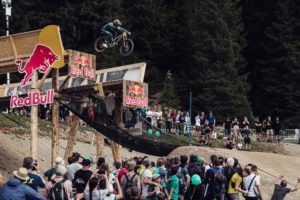 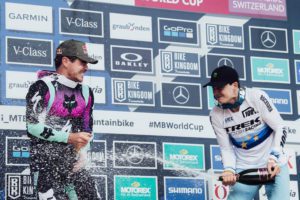 French riders claimed the top four spots in Switzerland on Saturday, with only Laurie Greenland (MS Mondraker) finding a way to interrupt a full podium sweep. While times were tight throughout the field, the four French riders separated themselves from the field. Loris Vergier, Loic Bruni, Thibault Daprela and Amaury Pierron finished within 0.628 seconds. Greenland, the closest to that quartet, was 1.268 off the win.

Loris Vergier (Trek Factory Racing) was the fastest of the French, though, adding a big win to his roller-coaster of a season. The fastest qualifier on Friday, Vergier just barely held on to take the win by just 0.197 seconds ahead of four-time world champion Loic Bruni (Specialized Gravity).

Second was a big result for Bruni, who is still fighting a leg injury that’s been holding him back. He still managed to best current World Cup leader, Thibault Daprela (Commencal Muc-Off), who finishes third. Amaury Pierron, Daprela’s Commencal Muc-Off teammate, made a fantastic return. After missing last season due to injury, then missing the middle portion of this season with another injury, the 2018 World Cup overall winner nearly took the win on Saturday. The powerful rider pulled back time all the way down the track, before unclipping near the finish. Pierron somehow held on to finish fourth. 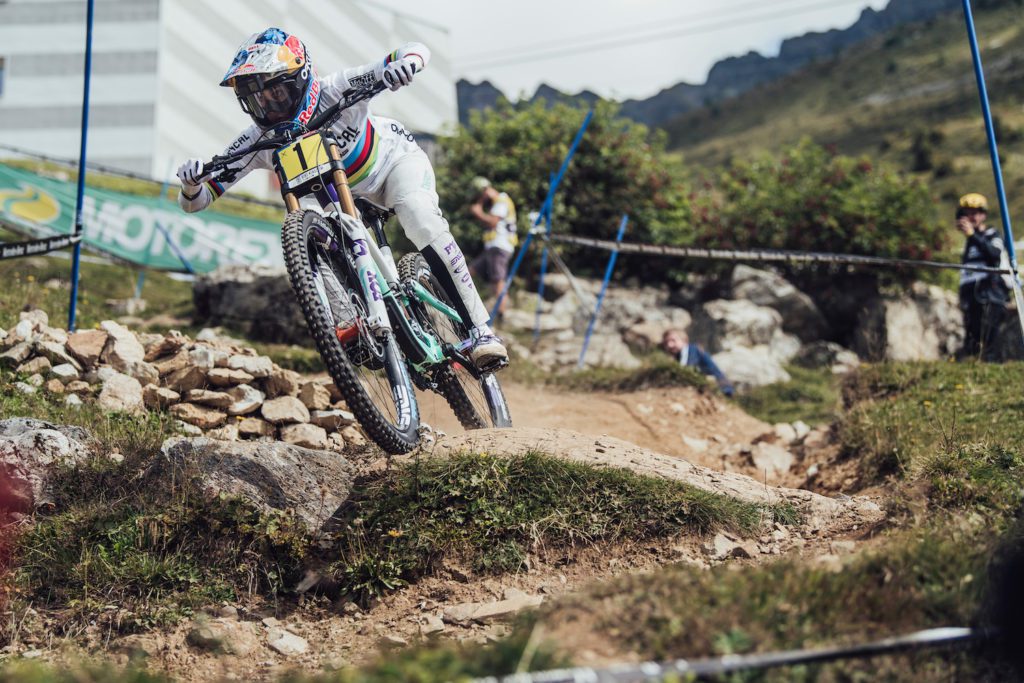 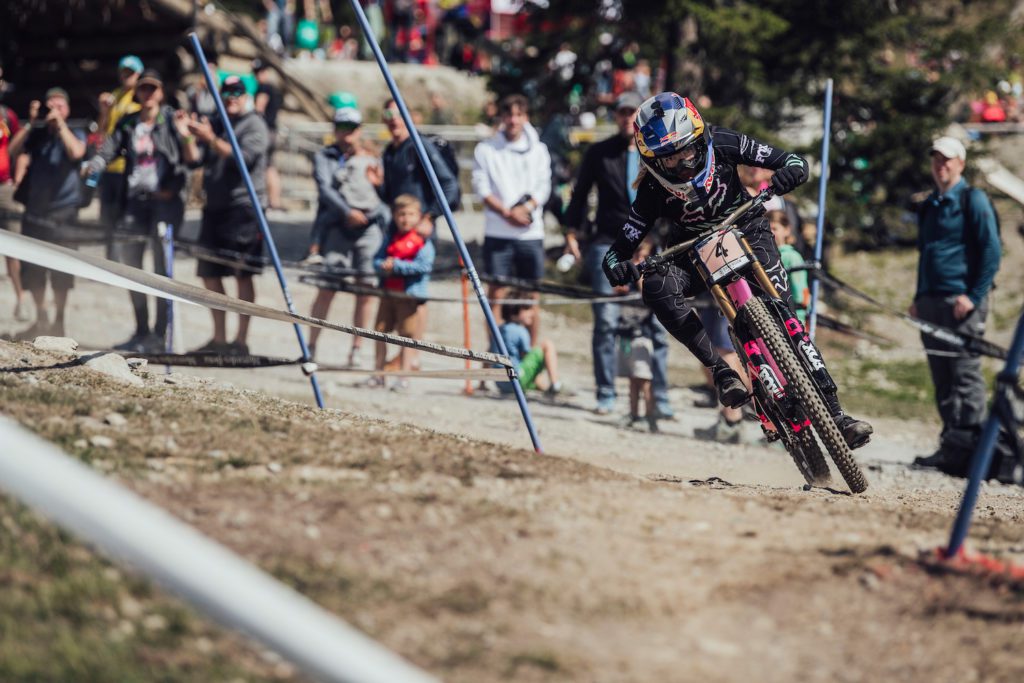 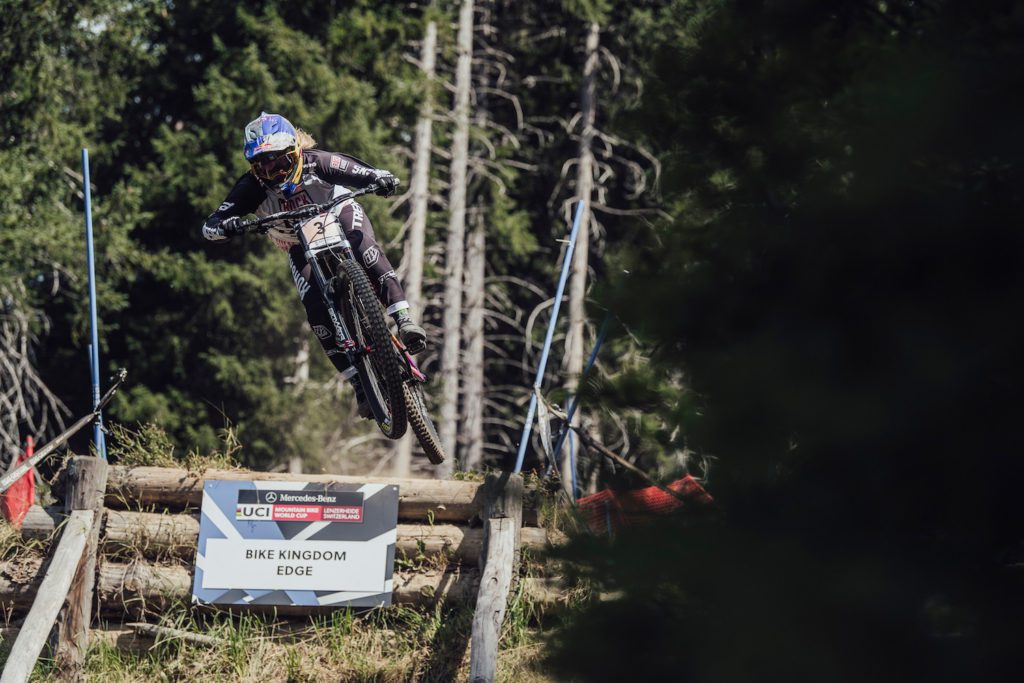 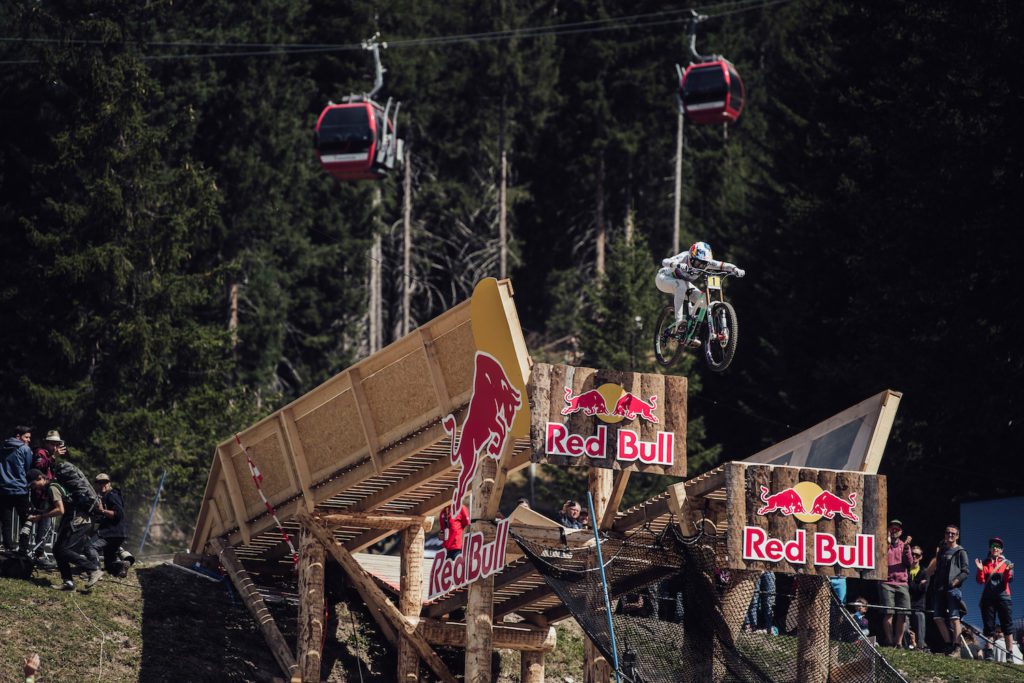 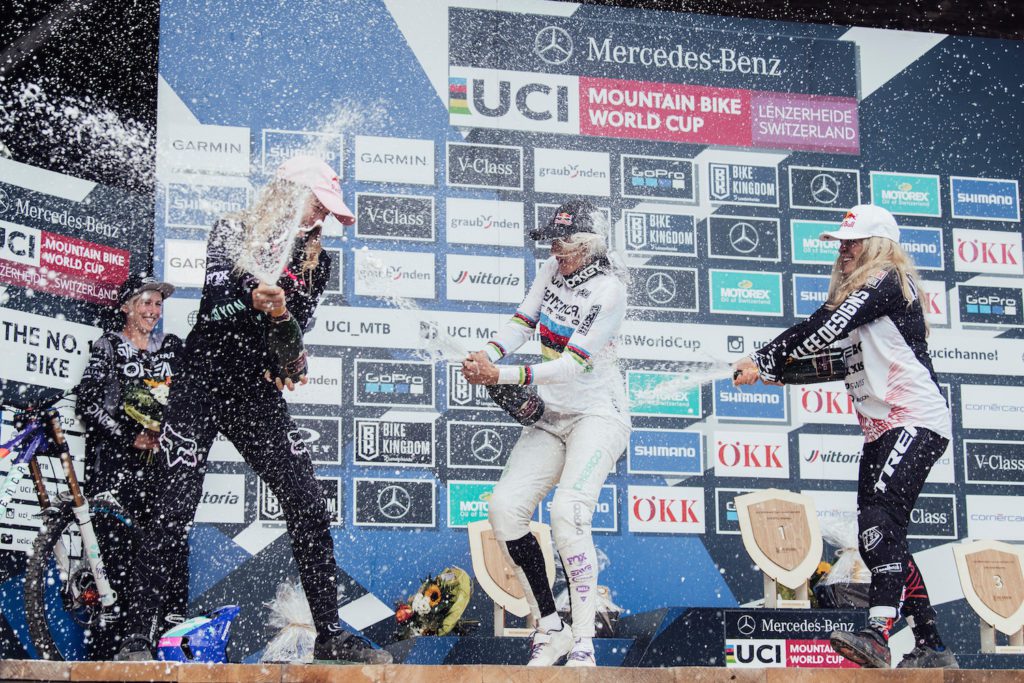 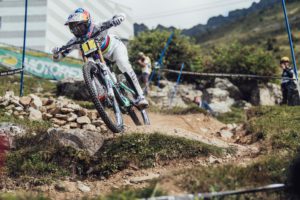 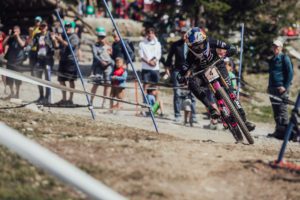 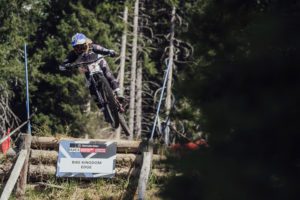 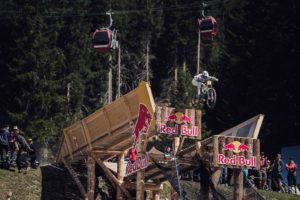 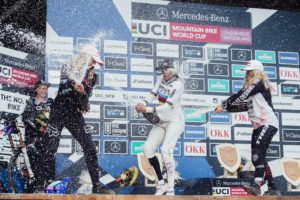 The French tricolour flew in the women’s elite race, too. One week after recapturing the elite women’s world championship title, Myriam Nicole (Commencal Muc-Off) was back on top of the podium in Lenzerheide. The French woman finished 2.662 ahead of her closest competitor in Switzerland. Added to Daprela and Pierron’s third and fourth, Nicole’s win gives Commencal Muc-Off three racers on the elite podium at World Cup #4.

Tahnee Seagrave (Canyon Cllctv FMD) takes second, with a solid back to Vali Höll (RockShox Trek) in third. The young Austrian had a clean run, putting a frustrating start to the season behind her.

The World Cup heads to America for a double header at Snowshoe, W.Va to wrap up the 2021 season.