When Finn Iles rolled into Lenzerheide for this weekend’s World Cup he had something new to show off. Or, tease, if not necessarily show.

The Canadian spent all day Thursday practicing on a new prototype Specialized downhill bike. While the majority of the really important parts, i.e. the suspension layout, is shrouded in fabric much as Emily Batty’s was when she rode a pre-release Trek Supercalibre, there are some interesting details showing through.

First, you can see the full telemetry set-up on Iles’ bike. All the excess wires and recording box show Specialized is really interested in the details of what’s happening while the Canadian is riding. It also makes it a bit trickier to see what’s going on with the frame.

The frame does look distinctly different than the existing Specialized Demo, though. In frame construction and suspension design.

Iles front triangle looks like a lugged carbon fiber frame. This could just be to make it faster for Specialized to produce new versions of the frame – since a full carbon fiber frame would require a separate mold for each change to the tube shape. Atherton Bikes use a similar design, with 3-D printed lugs, though, so who knows.  Specialized currently uses alloy for the Demo frame, so even a switch to carbon fiber would be a big change.

The rear chainstay also has a raw, unfinished look to it. Instead of a smooth finish, you can see the cross-bracing of the sizable chainstays. 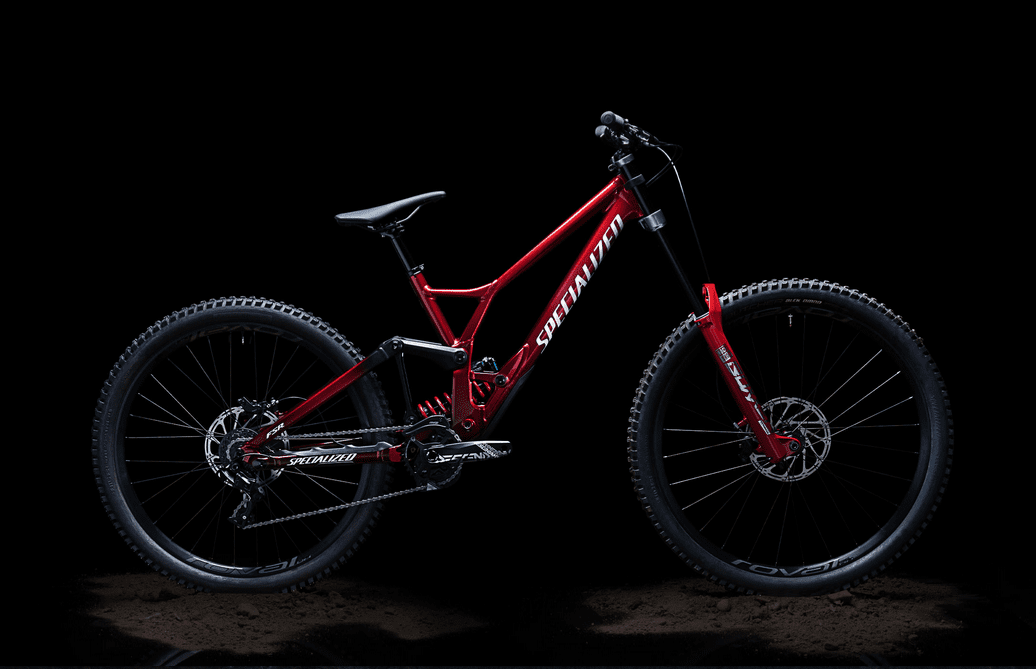 While the current Demo has a strut from the seat stay to the chain stay, running parallel to the seat tube, that is missing from Iles’ prototype. The new bottom bracket area also looks more stout than the existing model. What’s happening under the fabric cover is hard to tell. 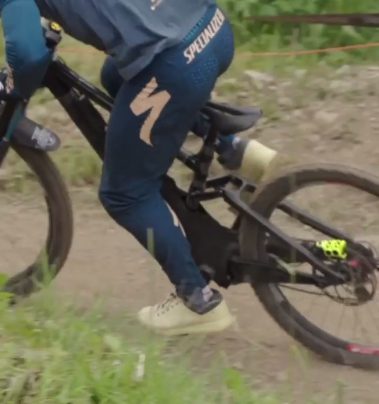 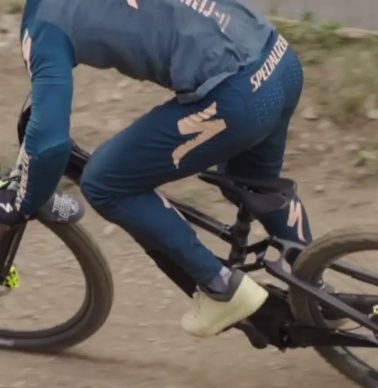 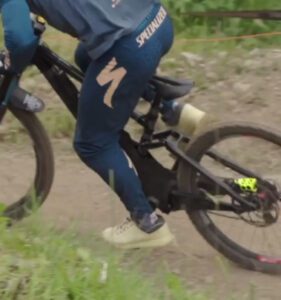 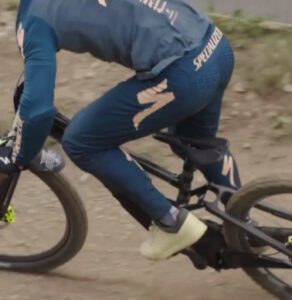 Iles heads into qualifying Friday. Whether he sticks with the new secret bike remains to be seen. Downhill finals at the Lenzerheide World Cup take place Saturday and will be live on Red Bull TV.