When it was announced Scotland would host the first-ever combined UCI cycling world championships, most downhill fans immediately assumed that meant worlds would be returning to Fort William.

Still, the UCI’s made some more interesting decisions in the past. Selecting a new venue over the iconic Fort Bill could have happened.

Instead, UCI confirmed today, as World Cup racing returned to Fort William for the first time since 2019, that the Nevis Range will in fact host the downhill world championships event in 2023.

The downhill venue is the eighth to be made official in UCI’s slow release ahead of the combined UCI cycling world championships. The first-ever combined worlds will take place from August 3-13, 2023.

While mountain bikers are used to cross country and downhill sharing a world championships stage, 2023 will be the first time all 13 cycling disciplines crown their top rider at the same venue.

Nevis Range in Fort William will play host to the world’s greatest downhill riders after it was announced as the official venue for the Mountain Bike Downhill as part of the 2023 UCI Cycling World Championships.

The iconic venue is the 8th location to be announced as part of the first-ever combined UCI Cycling World Championships which will be the largest cycling event ever held, taking place in Glasgow and across Scotland from 3-13 August 2023.

With over a million spectators and a global television audience of around one billion expected across the 11 days, it is predicted the event will become one of the world’s top 10 sporting events.

Mountain Bike Downhill will boast some of the fastest and most exhilarating races during the 2023 UCI Cycling Worlds. The stunning surroundings of Nevis Range and Fort William will also provide an awe-inspiring backdrop for both athletes and visiting spectators from around the world.

Fort William has a proud history of welcoming elite-level cycling competition, having hosted the 2007 UCI Mountain Bike &amp; Trials World Championships. It has also welcomed the UCI Mountain Bike World Cup annually since 2002 and is regarded as a pilgrimage for the global mountain bike community to visit one of the best locations on the planet for the sport. The news comes as the venue hosts the 2022 UCI Mountain Bike World Cup with more than 21,000 spectators enjoying world-class racing in the Scottish Highlands, providing a sample of what is to come in August 2023. 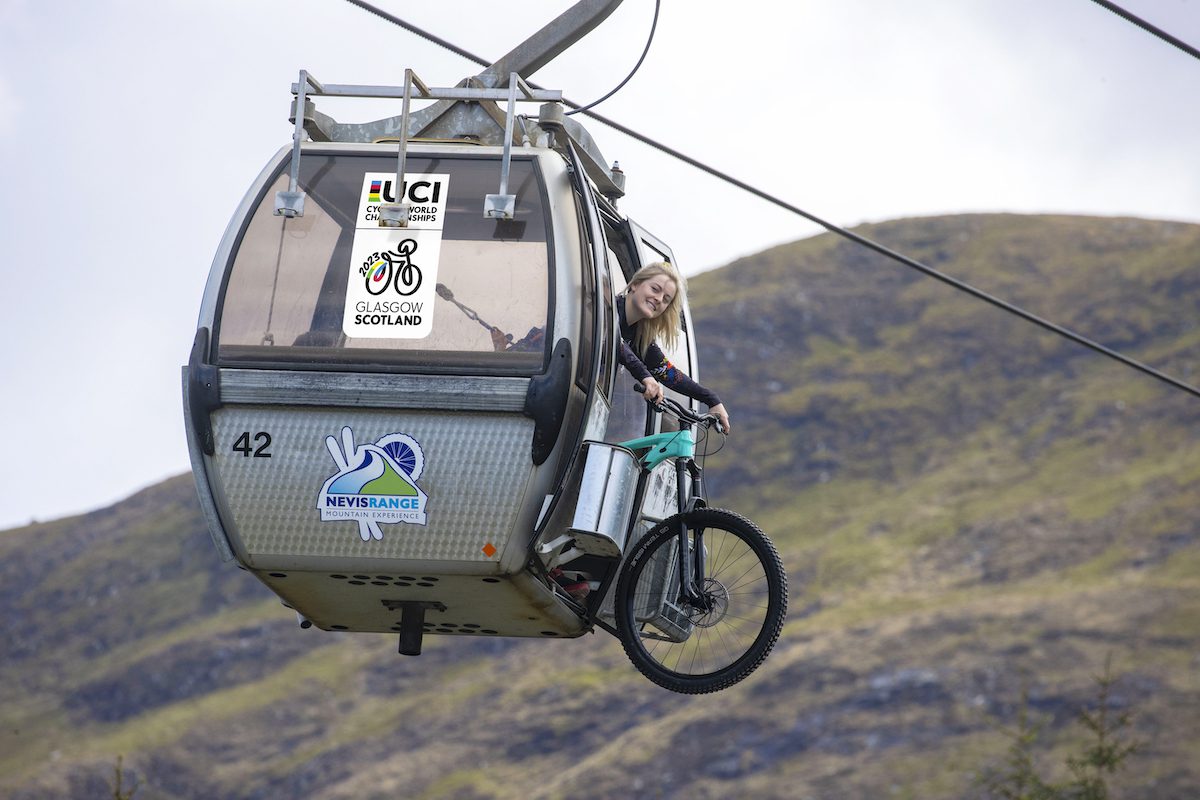 Local rider Mikayla Parton, who is an ambassador for Nevis Range and finished 5 th in the 2020 UCI Mountain Bike Downhill World Championships said: “The crowd is a huge part of what makes it so special here. I’ve never heard anything so loud and it’s a feeling I just can’t explain. It doesn’t matter who you are or where you come from, the Fort William crowd will cheer for you and that’s why this will be an amazing venue for the 2023 UCI Cycling World Championships and I can’t wait to see it here.”

Trudy Lindblade, CEO of the 2023 UCI Cycling World Championships, said: “I’m delighted that we are able to announce that Fort William will host the Mountain Bike Downhill as part of the 2023 UCI Cycling World Championships. This will be a truly pan-Scotland Championships, utilizing the very best venues across the country and for Mountain Bike Downhill they don’t come any better than Nevis Range. I know the local community will welcome the Championships with open arms as we look to deliver something truly unique in 2023 that the whole of Scotland can be proud of.”

More than one million spectators are expected to attend the Championships, with a global TV audience of around one billion making it one of the Top 10 watched sporting events on the planet.

To date, five venues have been announced in Glasgow, with Dumfries &amp; Galloway (Para-cyling Road), Stirling (Time Trial) and now Fort William (Mountain Bike Downhill) also hosting events across Scotland. Additional venues and locations elsewhere in the country will be confirmed in the coming weeks and months to ensure a pan-Scotland delivery and to capture the imagination of the entire country.

The 2023 UCI Cycling World Championships were confirmed for Glasgow and across Scotland as a result of significant previous experience hosting high-profile sporting events.

Glasgow and Scotland have become a sporting hotspot by welcoming unforgettable competitions such as UEFA EURO 2020 matches, the 2014 Commonwealth Games, the multi-sport Glasgow 2018 European Championships as well as cultural events including the world-renowned Edinburgh Festivals.

Since the Glasgow 2014 Commonwealth Games, participation sessions at the Sir Chris Hoy Velodrome have experienced positive uptake and cycling numbers have risen across Scotland. It is hoped the 2023 UCI Cycling World Championships can continue the increase of pedal power in Scotland, inspiring the next generation of riders across a variety of cycling disciplines.