An altercation between a group of hikers in Whatcom County, Wash. escalated dangerously, ending in the arrest of a hiker for allegedly stabbing a mountain biker.

The bizarre incident took place on March 6 on a Stewart Mountain trail outside Bellingham, Wash. A 66-year-old mountain biker was riding uphill, according to a post by Whatcom County Sheriff Office, when he encountered a group of hikers. He reportedly asked the hikers to move aside as he was “trying to negotiate an area that had exposed tree roots and was clipped into his mountain bike.”

That is when events took a turn for the worse. According to the Whatcom County Sheriff Office’s report, here’s what happened next:

“A male in the group grabbed his handlebars, causing him to lose balance and he and the bike tumbled onto the hiker and became tangled up as the victim was still clipped into the bike. The hiker began hitting him and everyone was yelling for him to get off of the man. He then noticed that it wasn’t hitting, but that the hiker had a knife and was stabbing him in the arm and the leg. After he was able to get up, he was concerned for his safety and though bleeding heavily, left the area and returned to his home.”

According to the Bellingham Herald, the cyclist was concerned enough about his safety that he fled the scene before seeking help from authorities.

The cyclist’s injuries were severe enough that, after seeking treatment at a local hospital, he was airlifted to Harborview Medical Center in Seattle.

After further investigation, the Sheriff’s office established probable cause to arrest the 69-year-old hiker, identified as Dake Traphagen. He is charged with Assault 1st and Possession of a Dangerous Weapon. The knife allegedly used to stab the mountain biker was a spring blade knife, which it is not legal to carry in the state of Washington. 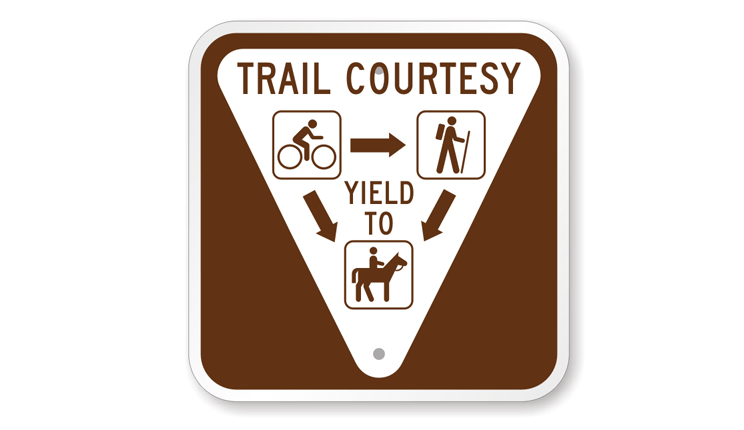 While the events that took place are entirely uncalled for and a completely disproportionate response, hiker’s do have right of way on trails. The hikers were within their right to refuse to concede right of way and continue hiking. Again, they were not in any way justified in their response, either grabbing the cyclist or stabbing him.

If you’re out mountain biking, hikers, dog walkers and riders on horseback always have right away. Stop, move to the side, and let them pass safely before resuming your ride. If an especially nice hiker lets you ride through, a smile and “thanks” wouldn’t hurt.

In general, we’re all outside to enjoy our time in the woods. Please be courteous, even when others aren’t. While the cyclist is not in the wrong here, mountain biker’s aren’t always polite either (though I haven’t heard of one stabbing anyone). Nothing like this ever needs to happen.