After a scorching hot day of racing at Hardwood Ski & Bike, Emily Batty is once again the Canadian elite women’s XCO national champion. It was a closely fought battle, but the Trek Factory Racing rider emerged on top to claim her fourth consecutive elite championship title.

On a day that saw crashes, mechanicals, and soaring temperatures all play important roles in the race outcome, Batty credited bike choice and fan support as key elements to her win.

“I was on a new bike and it just stuck to the ground,” Batty said after the race. “Normally its a hardtail track, but it was rough. There’s six climbs a lap, and it was rock pile after log after obstacle. So it was quite busy, and bike choice actually made a big difference.”

The win, on the same track where she won Pan American gold in 2015, is a positive turn in what has been a hard year for the Canadian. After a bronze at 2018 UCI Mountain Bike World Championshps in a season where she was third in the World Cup overall, Batty has struggled to find the same form this year.

“It’s been a while since I felt good and strong. I’m just so stoked on all the people that came out, and my family and friends,” Batty said after the race.

Despite temperatures approaching 40-degrees, Batty spent nearly half an hour after her race talking with fans and signing autographs in the finish area. The Brooklin, Ont. rider talked about how important fan support was to her achieving this kind of result. 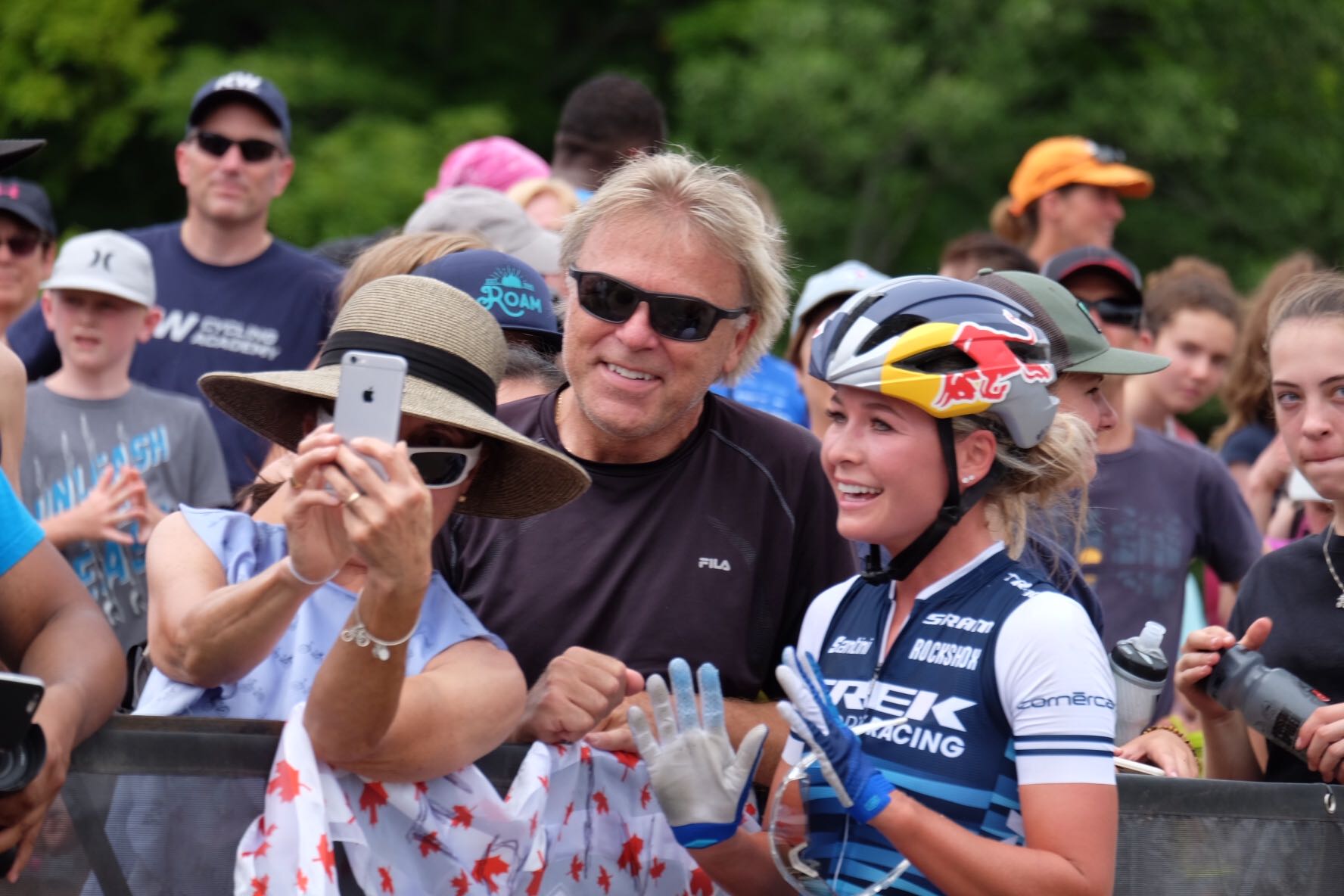 “When things aren’t going well and you get alot of messages, it makes a huge difference.” Batty said. “For me these are people I only get to see once a year, I really, really appreciate the support I do have, so it’s important to connect with these people when I can.” With worlds in Quebec this year, nationals aren’t the only chance Batty will have to race for a home-crowd. “Alot of people keep saying they’re coming to Mont-Sainte-Anne, and that just makes me so happy.”

As for world championships, Batty has already put her slow start to the season in the rear view mirror and is charting a course towards a better results in the second half of the season. With a boost from winning another maple leaf jersey and some changes to her program, the Trek Factory Racing rider has a positive outlook on the years remaining racing. 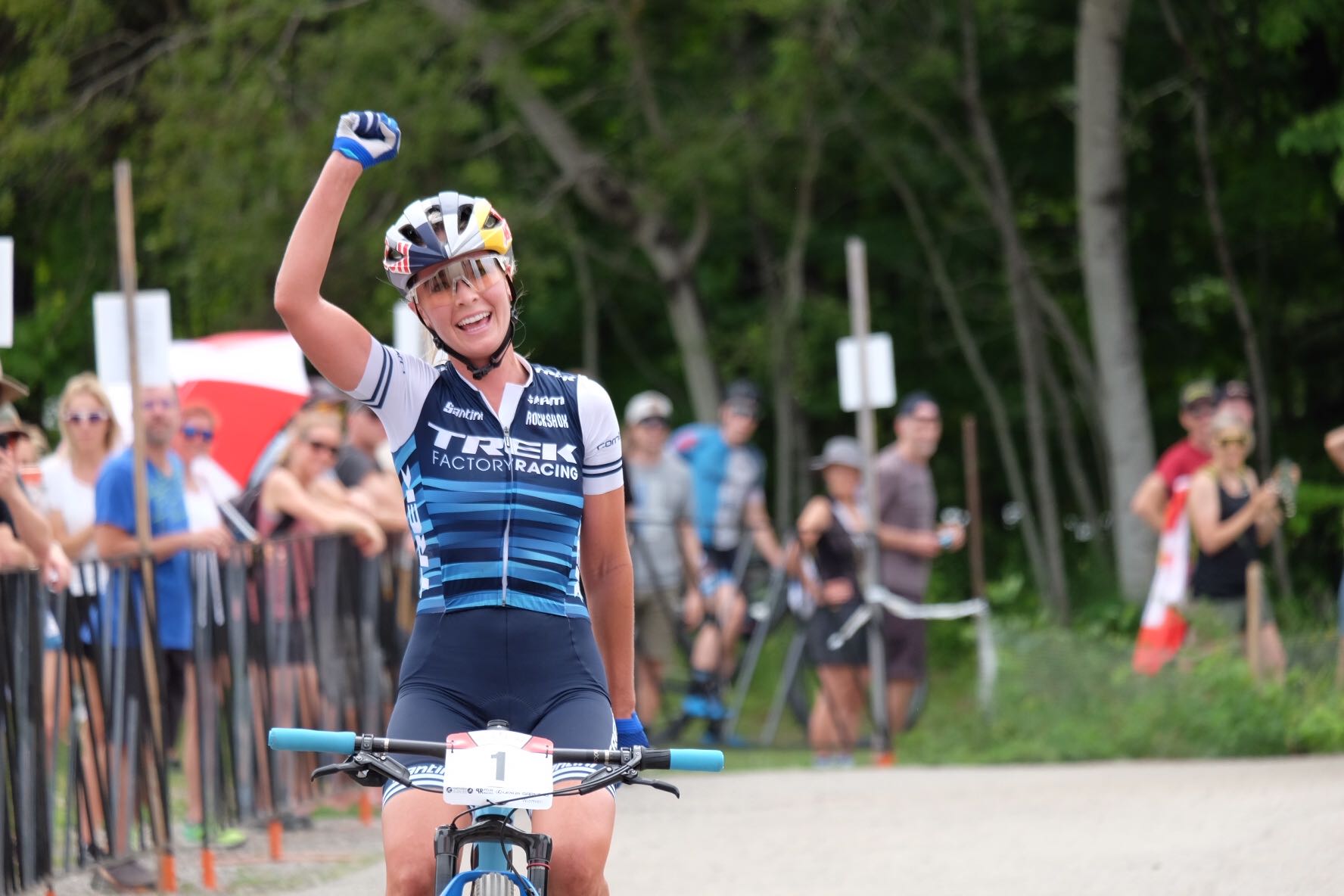 “I really rely on my village, and my coach, Adam [Morka] is able to travel more with me going forward,” said Batty. “There’s many new challenges I’ve had to overcome as an athlete but going forward we’ve got some really good plans in place.”

“So were just looking forward to the next half of the season and hopefully get that qualifying spot for the Olympics so that we can peak for worlds and just focus on the games next year.”