Crankworx Summer Series started its second week with a bang, and a couple crashes, at the Kicking Horse Mountain Resort enduro.

Continuing last week’s trend, Finn Iles continued to dominate the men’s racing, and Kasper Woolley building momentum to land a third-straight podium. On the women’s side, Andréane Lanthier Nadeau battled with Miranda Miller to claim her first win in the Crankworx Summer Series.

Iles excels as others slide through the alpine

After an easier course at SilverStar, Kicking Horse through riders right into the rocky alpine trails above Golden, B.C. Finn Iles seemed right at home, taking an early lead.

“I feel like I’m in the best shape of my life right now,” said Iles.  The Whistler rider won the days longest stage, following the days longest climb. While Iles usually doesn’t climb during races, it doesn’t seem to be bothering him.

“I went a little bit faster on the big, massive pedal because I thought that if I had more time at the top I’d be able to rest and just be ready for the stage…So I was up there and I felt really good. I dropped in, almost crashed within the first three corners because I was a little bit nervous, I was like ‘Don’t blow the lead,’ but after that I sort of settled into my groove and a lot of the stuff was rougher and faster and suited my riding style. Yeah, it was awesome.”

Andréane Lanthier Nadeau shook up the standings on the women’s side, while Iles continued his run on the men’s enduro. ALN build speed through week one, then started week 2 fast.

“I was super happy with the result,” said ALN “It’s always cool to have a win. Definitely even cooler just to be building up my form back to racing. I’m really, really thankful that Crankworx is giving us the opportunity to have some races. I think this is going to be life changing for the B.C. field in the international race scene. I really think that’s important, and that’s so cool.”

The win didn’t come easy, though. ALN battled Miranda Miller in a back and forth race all day. After both crossed the last finish line, it was Lanthier Nadeau in front. After 21 minutes of racing, the winning margin was a narrow 0.03 seconds.

“Today was one of the most fun races I think I’ve ever had,” said Miller. “I liked the tracks this week…It kind of feels like Europe, but with flow. It was cool to push myself on longer tracks. And then really cool because ALN and I had a two second flip flop battle all day, and she got me by like 0.03. That’s cool.”

For ALN, the return to form comes after a steady start to the series. Many of the riders are shaking off the cobwebs after being away from racing so long.

“During COVID I chilled hard, because for me to be at optimal form, and to train at the level we train, while not knowing when we were going to race, was super depressing to me. So I slowed down and just remained happy and did other things. This is me returning to racing and building up my form. It’s the perfect opportunity.”

After wins and seconds at SilverStar, Casey Brown stayed on the podium at Kicking Horse. With her third place Tuesday, she sits second overall in the Crankworx Summer Series.

Genuine stoke to be back racing seems to be seems to be enough to keep Iles on top of the podium at Crankworx Summer Series.

“It’s the same as last week for me,” said Iles. “I just sort of kept a positive attitude. All this riding is just fun riding. And besides the first stage, which was really hard because there was a lot of pedalling and a little bit more tight and at altitude…all this lower stuff was so sick. You’re riding your bike and you’re like ‘Oh my God, this is so fun.’ I think I just kept it quite tidy and, yeah, I’m happy about it. Really happy about it.”

Kasper Woolley is another rider is another rider who is making numerous trips to the podium. The young B.C. racer is gaining attention as he continues to put the boots to more senior riders on the invite-only roster.

“I’m pretty happy with second today,” said Woolley, who got progressively faster all day before winning the third stage. “I really wanted to put down a good last stage and give it my best effort. Fairly shortly into the last stage I broke a spoke in my wheel, and that was the end of that. At that point I just wanted to nurse it to the bottom. It was really loud though and super distracting. I ended up having a big crash and my bike went down an embankment. I had to go down and get it. Luckily I had a bit of a gap to third, so I just held on to it.”

“It feels really good. Another good finish in the Enduro,” said Verner “I rode Stage 1 really bad and frantic. I high-sided on one of the corners and went off-track another time. I finished it pretty pissed off but regrouped and had a good three final stages.”

While Verner started slow, former Canadian downhill national champion Kirk McDowall had a speedy start to the day. His first stage time was nipping at the heels of Iles’.

“It was a stage that I liked when we rode it in practice. I like the janky, technical rock stuff and just trying to carry speed through that, where it’s not so much hammering but finessing. It didn’t feel super hard. It felt like I was cruising…so I wasn’t sure where my time was going to end up, but I’m stoked.” 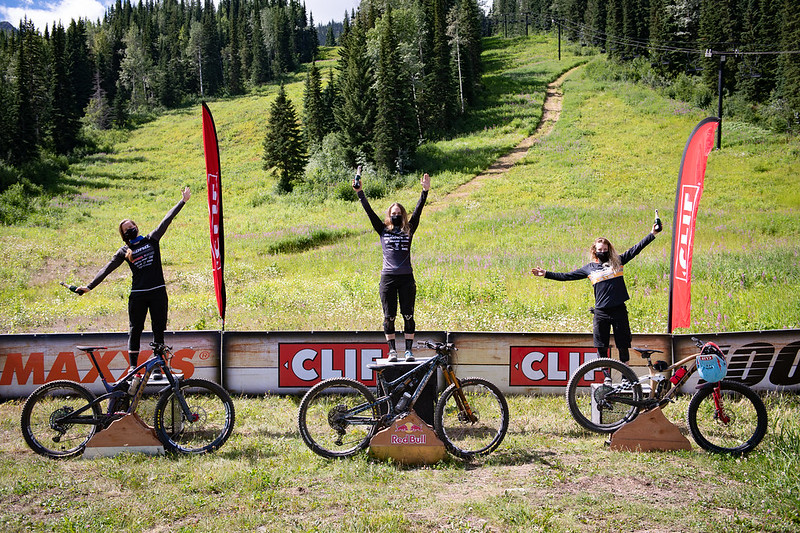 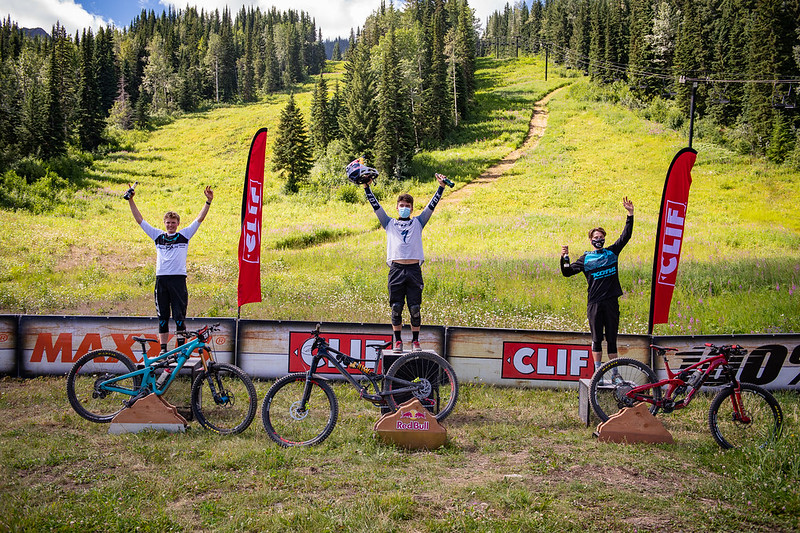 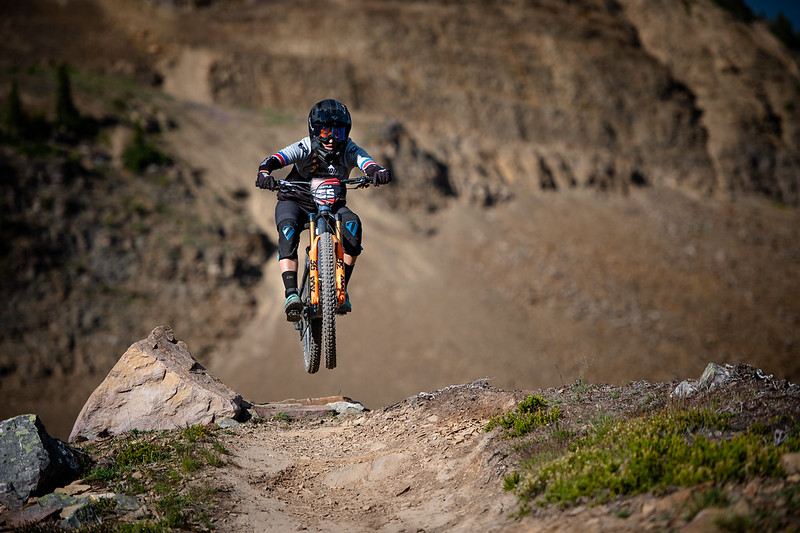 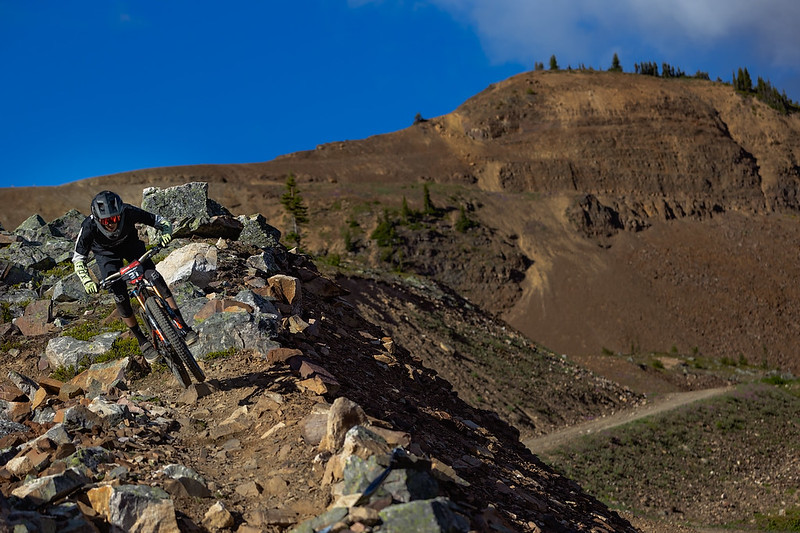 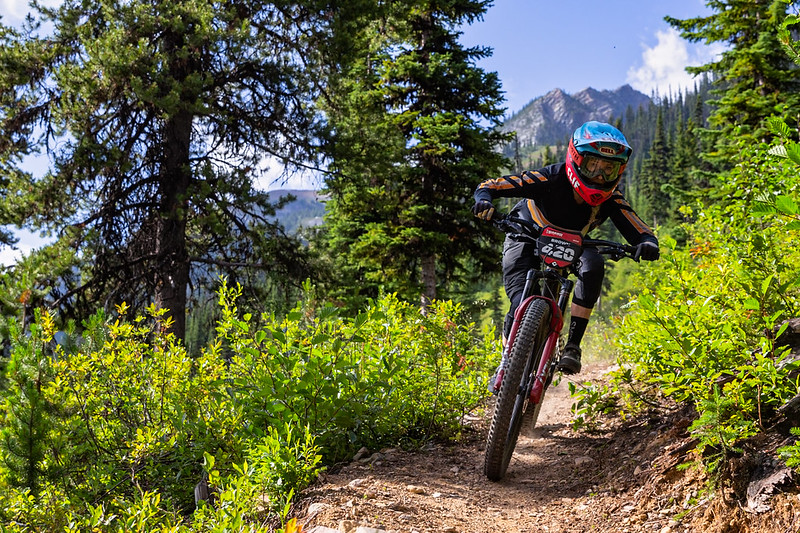 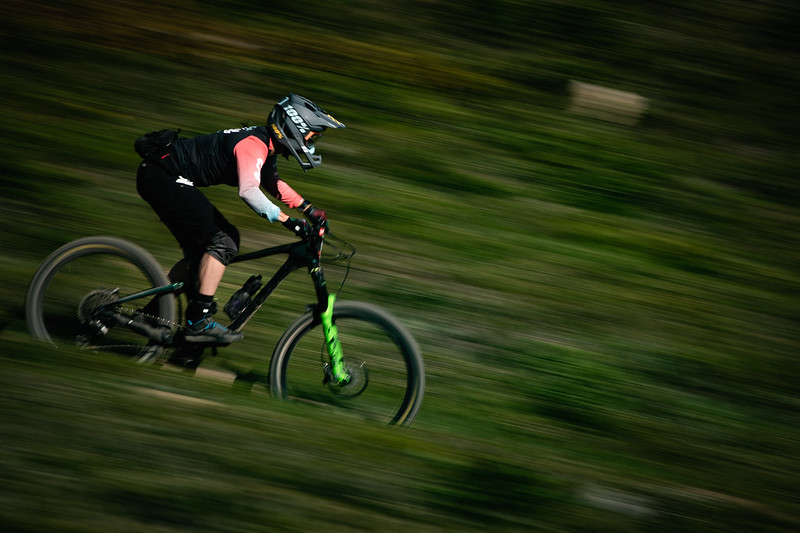 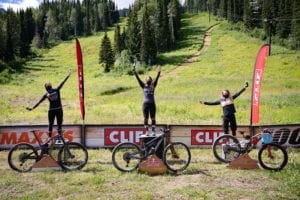 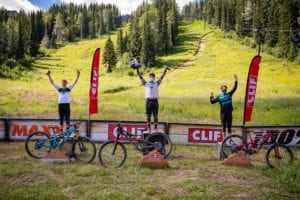 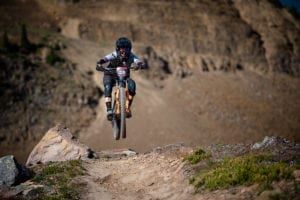 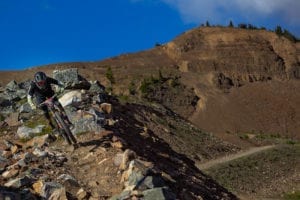 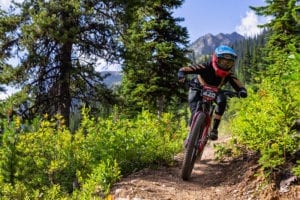 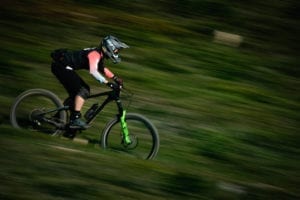