With Peter Disera and Haley Smith adding matching sixth place finishes on Sunday, it was an excellent weekend for Canada’s cross country athletes at Les Gets World Cup round.

Matching his result was fellow Norco Factory Team rider Haley Smith. After her breakout World Cup podium in Nove Mesto earlier this season, Smith worked back from an injury to finish sixth in Les Gets. Not far behind, Catharine Pendrel (Clif Pro Team) crossed the line 12th, making for two Canadians in the top 15 in France.

Smith and Disera matched in one other way. They both leave Les Gets ranked 10th overall in the World Cup standings.

Emily Batty Trek Factory Racing) moved up the ranks as well, finishing 23rd in France. After a sensational season in 2018, the Ontario rider has started slower this year but is showing signs that last years form might be returning. Sandra Walter (Liv International), 42nd in Les Gets, Jennifer Jackson (AWI Racing), 45th and Cindy Montambault 46th rounded out the Canadian women in France.

Thank you #LesGets! What a wild ride! So stoked on 6th – next we go for podium!

Thank you to everyone who supports me and this journey! Let’s keep this momentum! #ucimbwc #getit #sendcity @NorcoBicycles 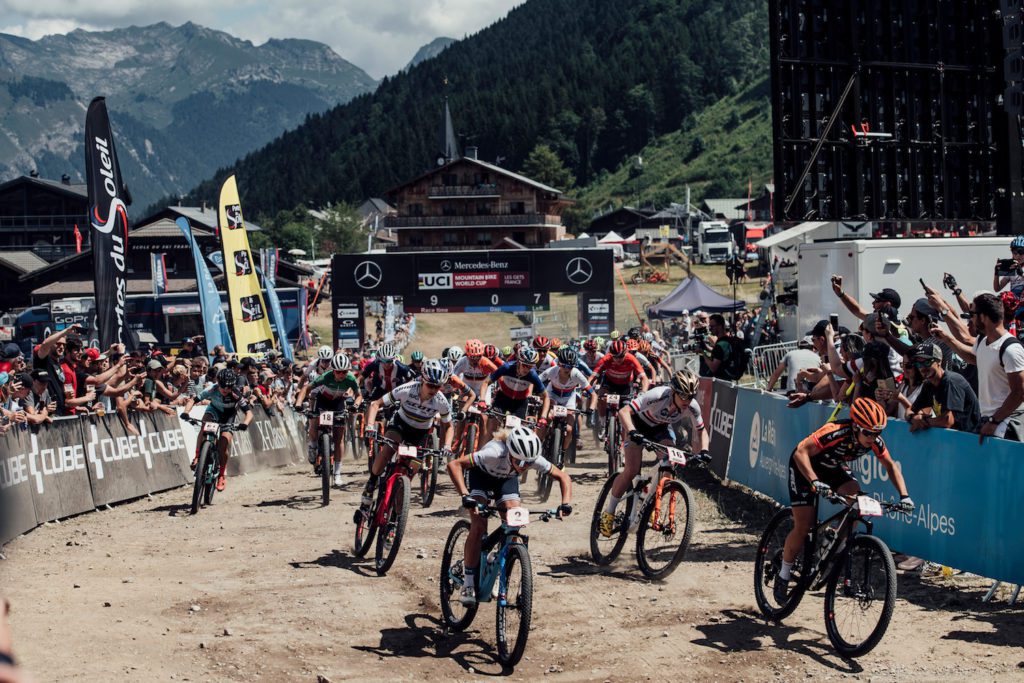 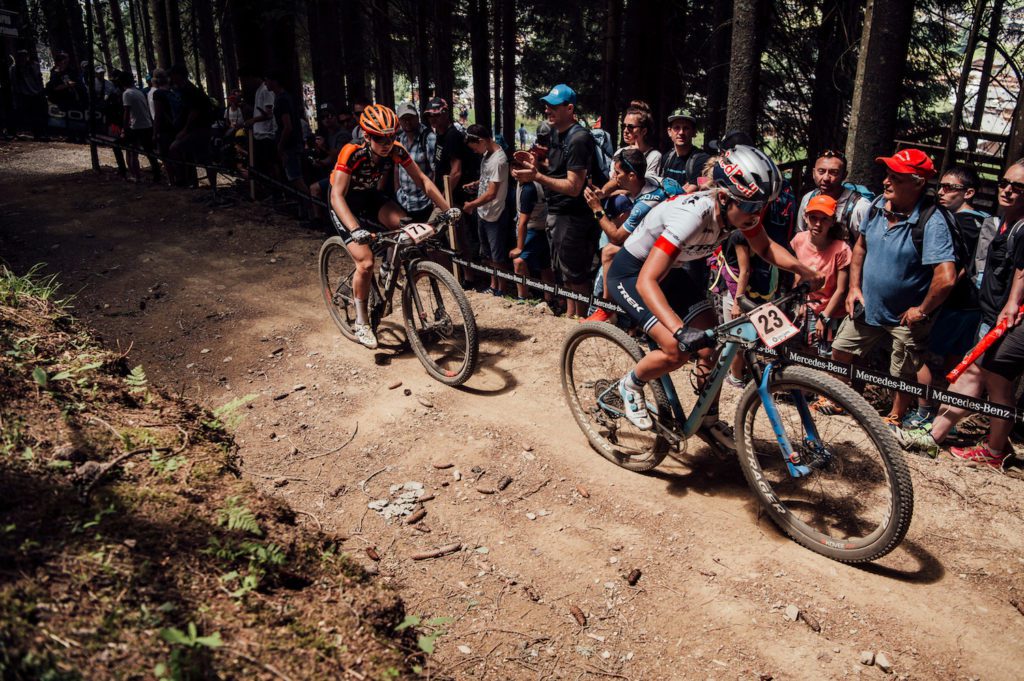 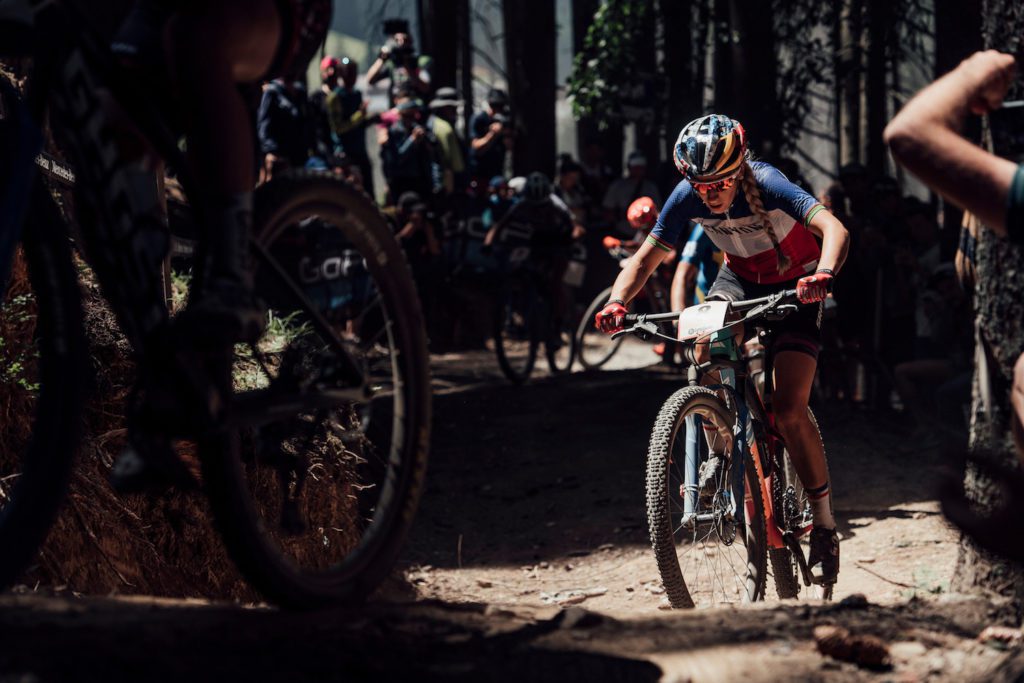 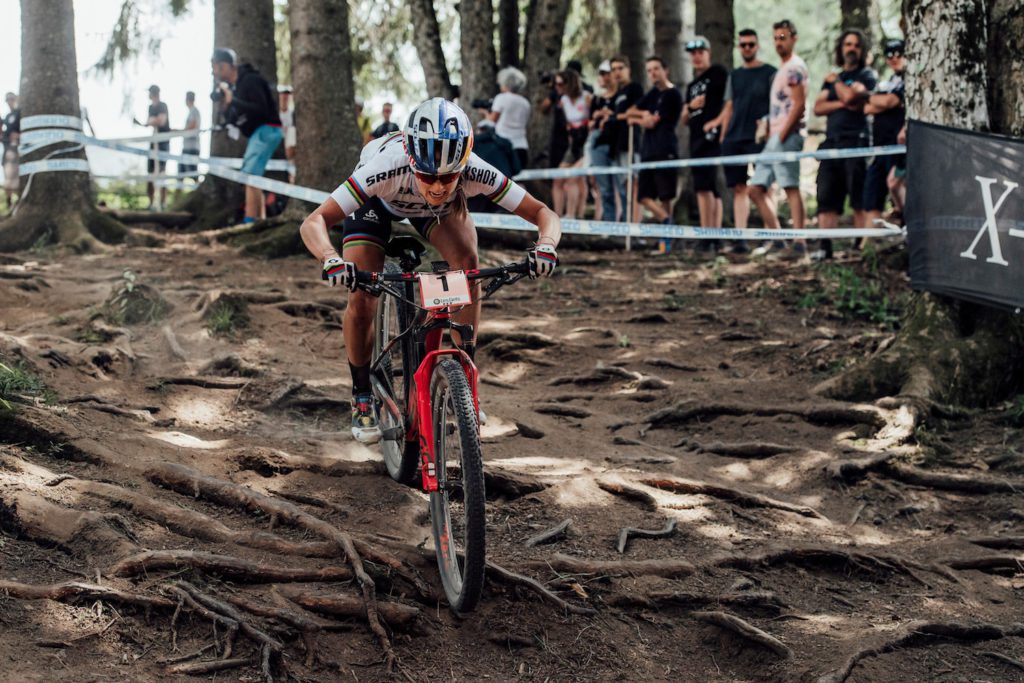 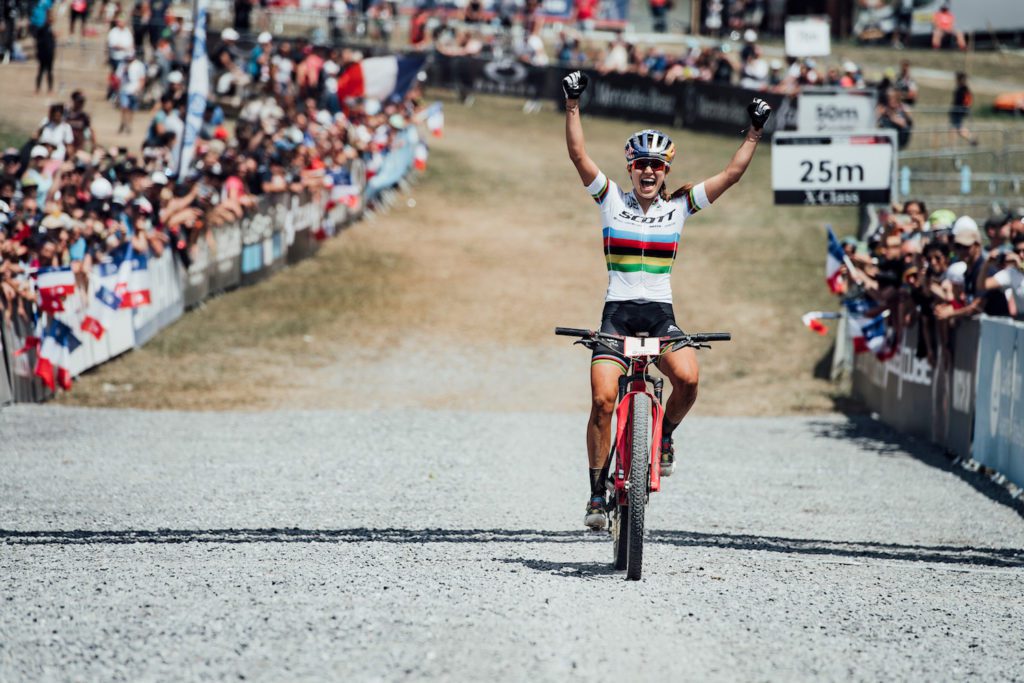 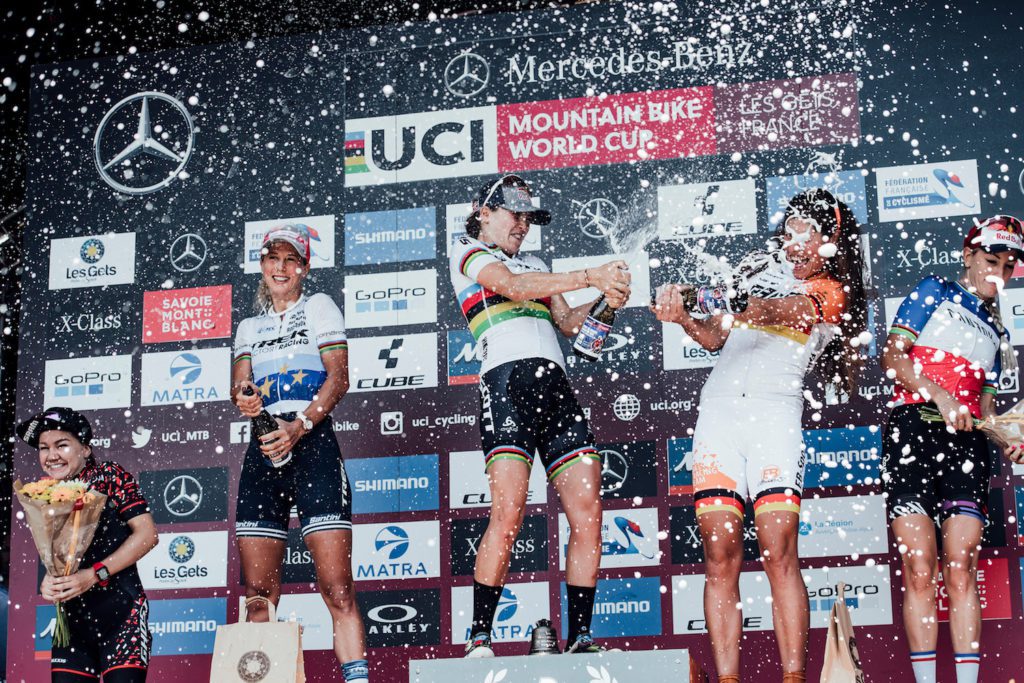 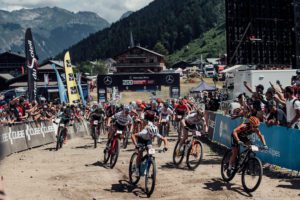 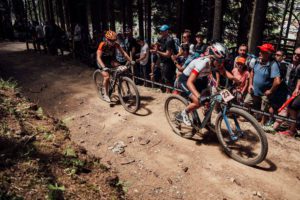 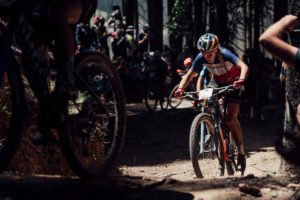 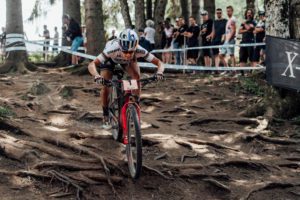 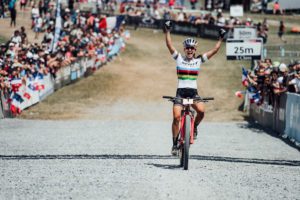 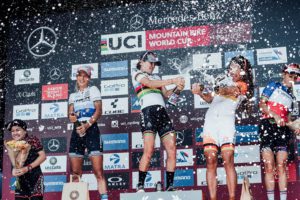 In the elite women’s race, Kate Courtney (Scott-SRAM) earned her second World Cup win of the weekend. After going solo with two laps to go in Friday’s XCC, the American world champion was alone across the line again in Sunday’s XCO. Courtney is proving hard to beat this year, and extends her lead in the series overall. 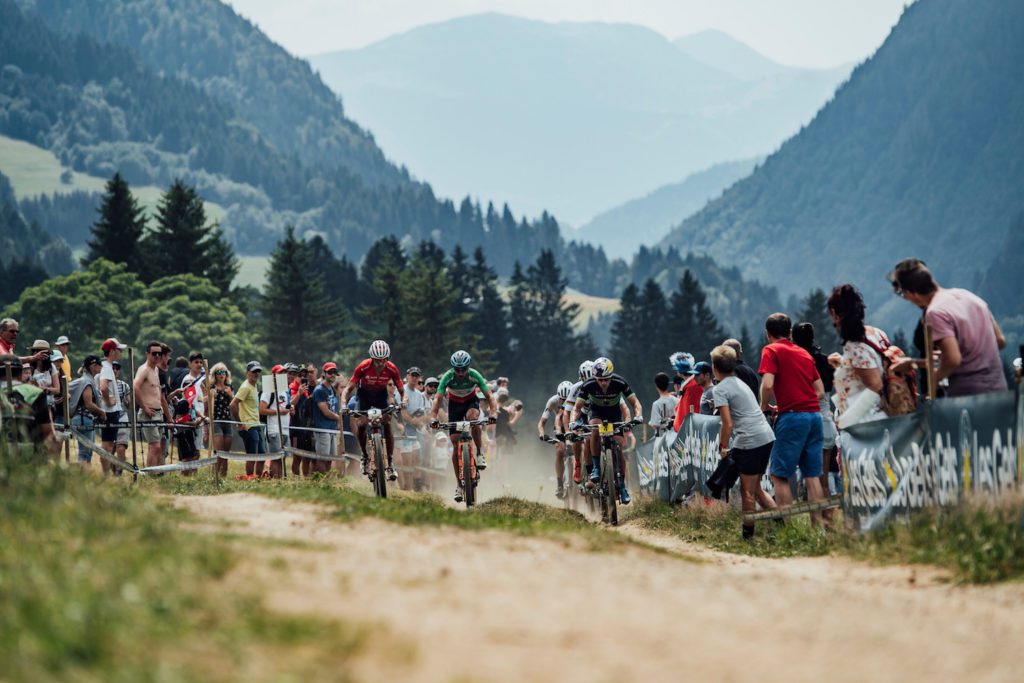 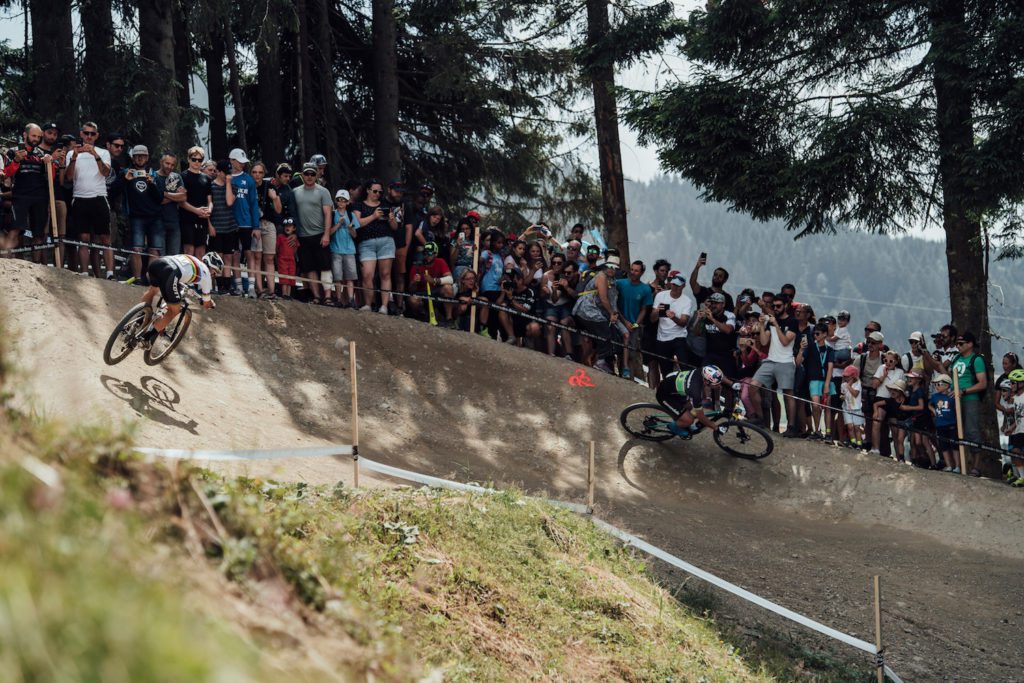 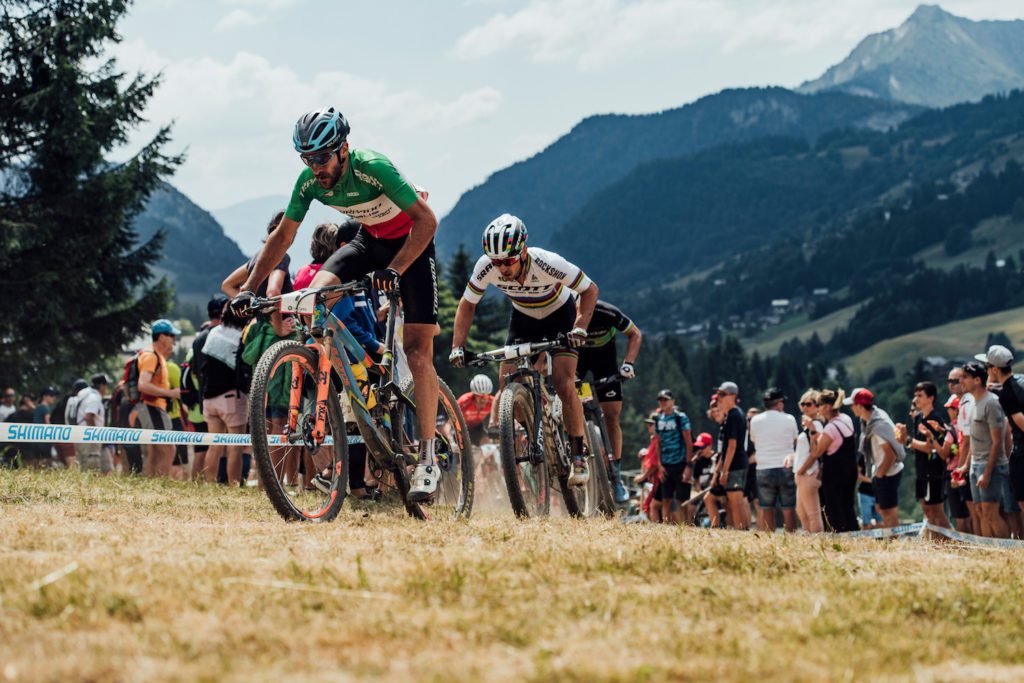 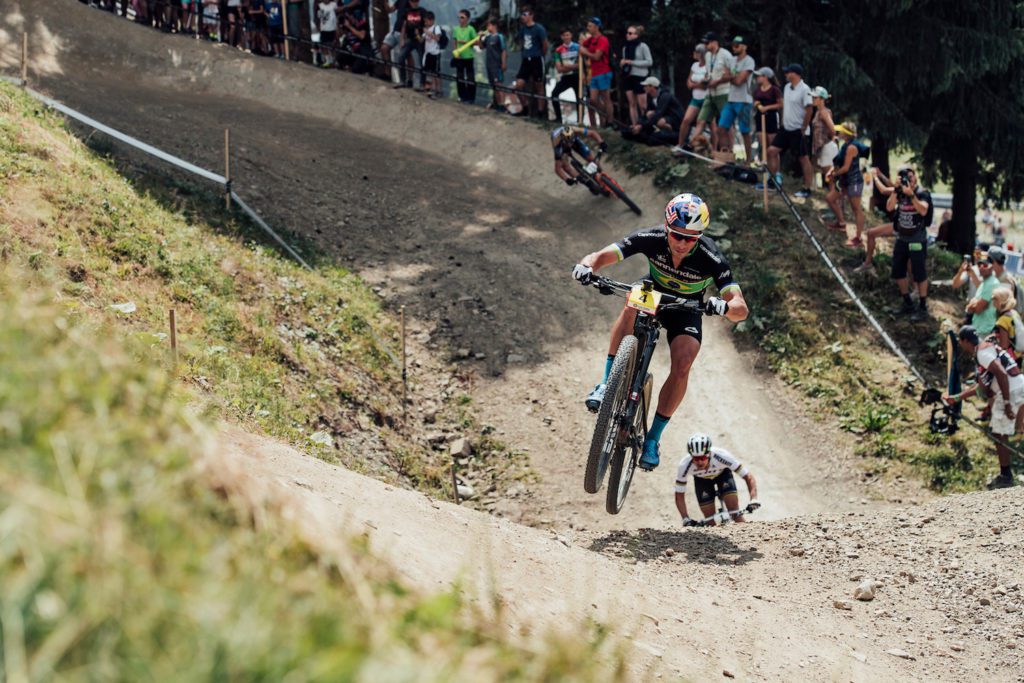 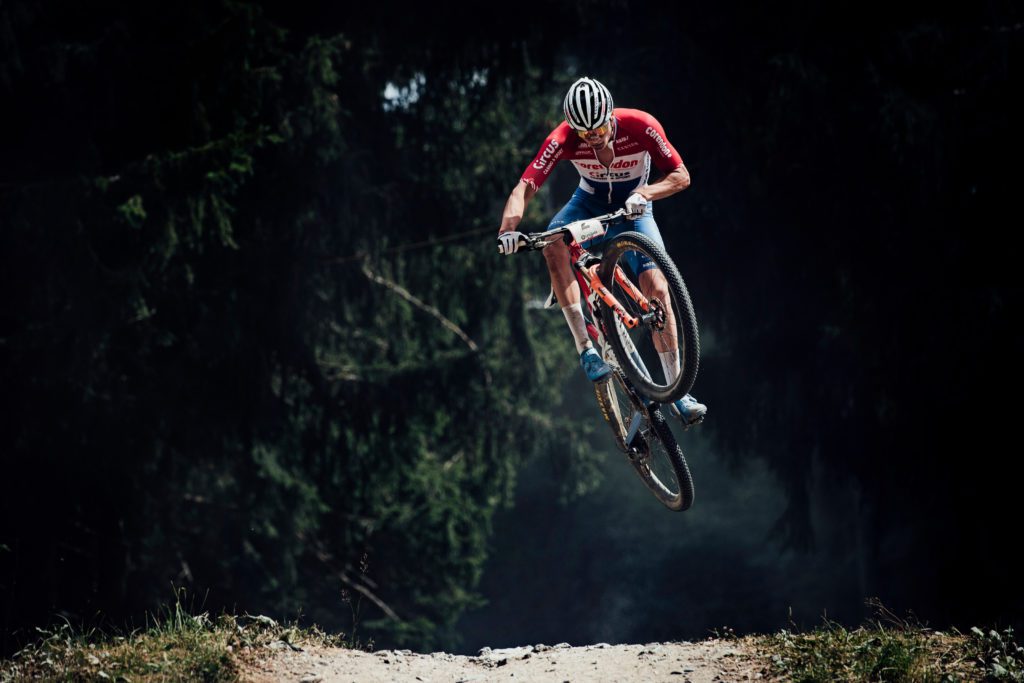 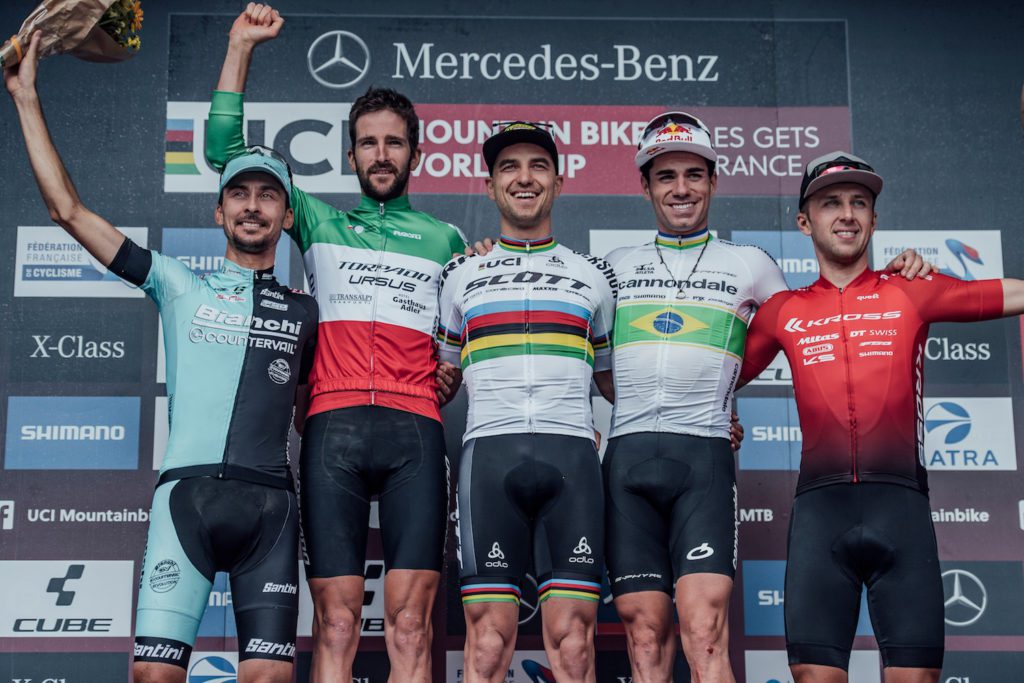 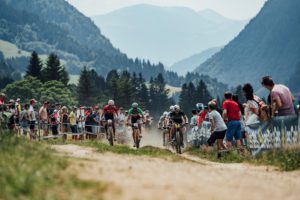 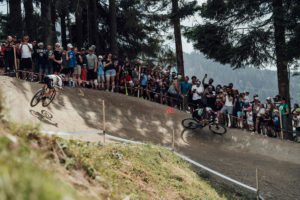 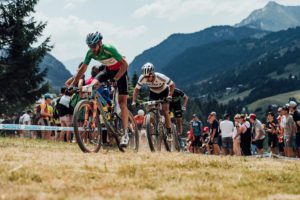 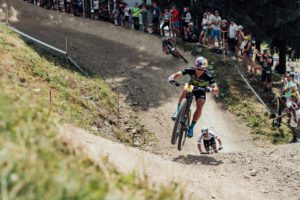 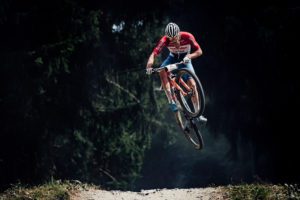 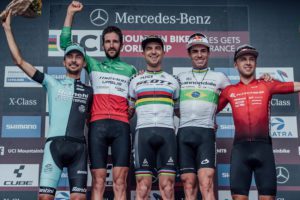 On Sunday, however, it was the rainbow stripes of the reigning world champion that were on the front once again. Nino Schurter battled with Gerhard Kerschbaumer (Torpado Ursus) and Henrique Avancini. What the French venue lacked in technical difficulty, it made up for in raw speed. Heavy dust added another tactical element, as anyone off the lead group was riding through a hanging cloud of fine dirt hanging in the air around the course.

Avancini held with the lead group for much of the race, but it was Kerschbaumer who was closest to Schurter on the line. The Italian was within four seconds, but couldn’t unseat Schurter.

Schurter’s win pushes him further ahead in the World Cup overall standings. With two podium finishes in Les Gets, Avancini leaves France in second, while van der Poel is now third in points.

Here’s how the #MBWorldCup overall looks like after today’s racing.
🌈🔛🔝
The World Champions are still on top! pic.twitter.com/LftkaoR7XB