It can be tough to stand to stand out among Canada’s strong, and rapidly growing roster of fast junior downhill racers. Especially when you’re still too young to be a junior. But, with race times that often rival Canada’s top elite riders, Bodhi Kuhn is doing just that. Meet the fastest Canadian junior you probably haven’t heard of (yet).

If you’ve only been casually been following Canadian downhill racing, you’ve probably still caught wind of the growing success of Canada’s juniors. Most will remember Finn Iles junior world championships win in 2017. Since then, young Canucks have been a force internationally. In 2019, collectively, they won a World Cup, numerous World Cup podiums, and a third in the junior men’s overall. Riders from that year, and several since, have landed support from some of the biggest teams on the circuit, from Commencal/Muc-Off to Canyon Cllctv and Intense Factory Racing.

Bodhi Kuhn is a bit of an exception to all of this. Where the majority of Canada’s juniors have emerged from the Sea-to-Sky corridor, Kuhn lives in Rossland, deep in B.C.’s interior. He’s also only 16, which makes him too young to compete internationally, or even in the junior category at Canada Cup events.

Yet Kuhn’s speed is attracting attention from anyone closely following Canada DH. He’s won two under-17 Canada Cup races already this week. One at Fernie, another at Panorama. In 2019, Kuhn win all the BC Cup under-15 races he entered, including nationals.

But Kuhn’s not just winning his category. He’s winning with times comparable to the pros. At Panorama, Kuhn set the day’s second fastest time, posting a 3:01.47. Only Kirk McDowall, winner of the pro elite men’s race, got down Panorama faster, in 3:00.52. When comparing times across categories in downhill, there’s always the caveat that racing at different times of day means riders face potentially different conditions. But at Panorama, the schedule was tight, and conditions reasonably consistent. It’s an impressive run from the young Rossland rider.

I caught up with Kuhn after his race to find out how his season is going, what he does off the bike, and what his plans are for the future. 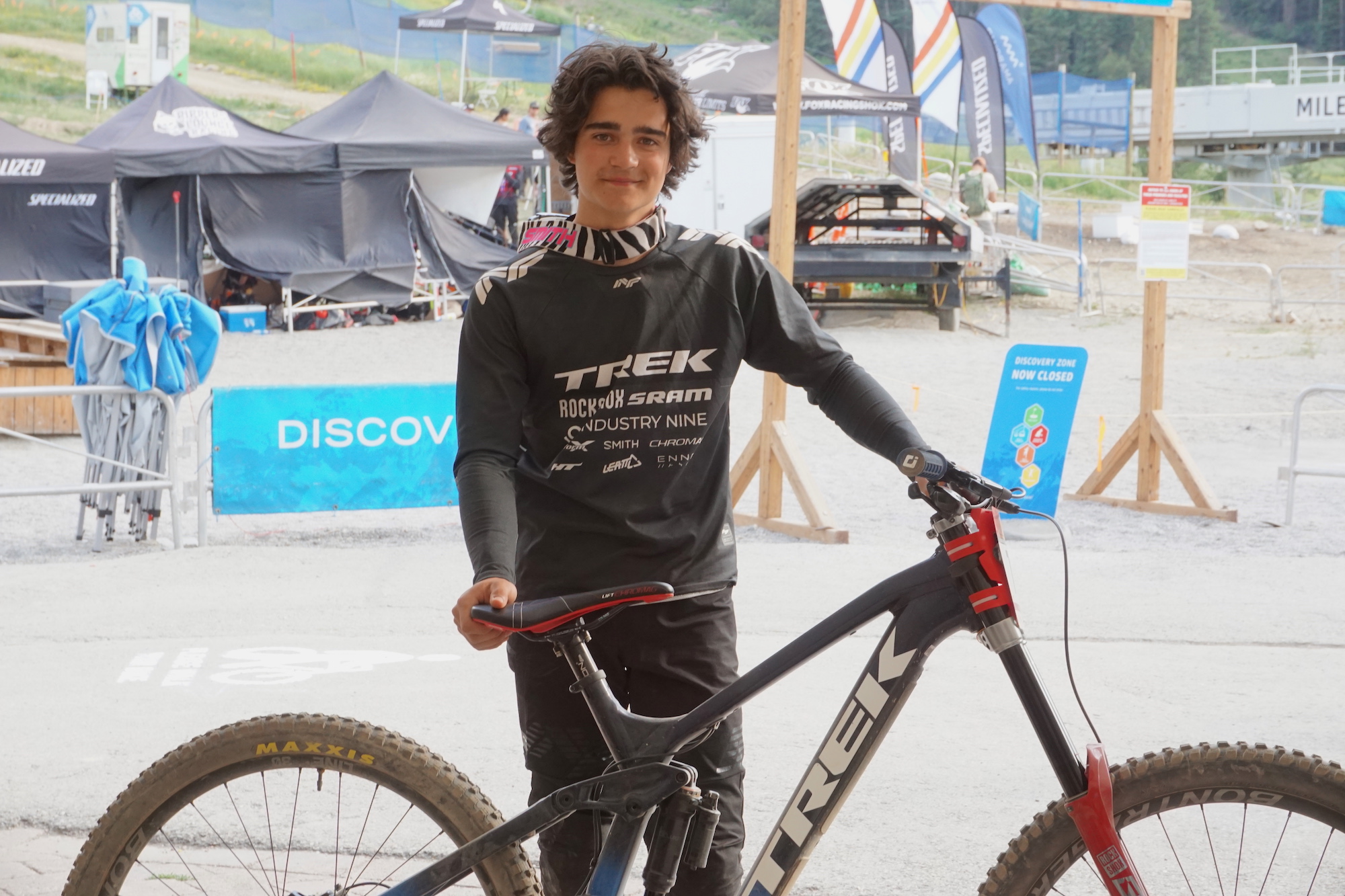 Canadian MTB: How was your run today?

Bodhi Kuhn: I had a couple mistakes, but that’s what happens in a race run. Overall it was pretty great. I pushed a bit too hard in a corner near the top, but stayed upright and in a straight line.

You won a couple days ago in Fernie as well. How’d that race go?

That actually went pretty well. It was definitely difficult, because the track was super gnarly and inconsistent, but it was a fun one.

So you have tow wins so far this week. What’s the goal for nationals at Kicking Horse? Are you going to try keep the streak alive?

Yeah, I definitely want to. It’ll be a bit more stressful, because it’s a bigger race. But hopefully I can win again and be Canadian champion.

So you’re 16 years old right now. How do you balance school with the time to train and race?

I go to an independent online school, which is a bit different. It’s a school, but online with teachers. So they’re super flexible with my schedule.

I do a lot of trail bike riding. Everything in Rossland is long hard climbs and steep trails, so it’s good training to get out there.

So you’ve been winning Dunbar Summer Series / BC Cup events for a while now. How long have you raced the series?

Since I was 13, I’ve always been out here. It’s super fun racing, I’m always happy to get out to BC Cups.

Next year you’re old enough to race World Cups. Is the goal to go race in Europe?

That’s definitely the plan. Hopefully I can get some support going into next season. but I definitely want to get over to Europe.

Is biking your only sport right now?

I also competitive free ski. The couple years I’ve done most of the contests in B.C. but, biking the main one.

Who is supporting you right now?