Canada’s iconic World Cup venue is making a comeback. After two years hiatus, Mont-Sainte-Anne is back on the 2022 World Cup calendar, which the UCI published today. It returns alongside several staple venues as well as the first World Cup XCO in Brazil.

The Quebec venue last hosted an international event in 2019. That year, cross country and downhill world championships returned for a historic third time.

MSA was scheduled to host a World Cup round in 2020 but, like many venues, was forced to cancel due to the pandemic. 2020 marks the first time in 30 years that Mont-Sainte-Anne did not host an international event.

Then, the Canadian round was absent from the 2021 calendar release. That, it turns out, was to ensure the long-term longevity of the venue.

In 2022, MSA will once again host a combined downhill and cross country World Cup. The lone Canadian round is scheduled for August 5-7. Snowshoe, W.Va is the only other North American stop for 2022. It will host cross country and downhill racing a week earlier, from July 29-31.

Mont-Sainte-Anne returning isn’t the only interesting part of the 2022 World Cup calendar. After an ambitiously early start to the downhill series in Lourdes, France in late March, there’s an entirely new venue.

All in, there are eight downhill events and 10 cross country races on the World Cup schedule, plus world championships for 2022. It’ll be a big year after the minimal 2020 season and shortened 2021 calendar. 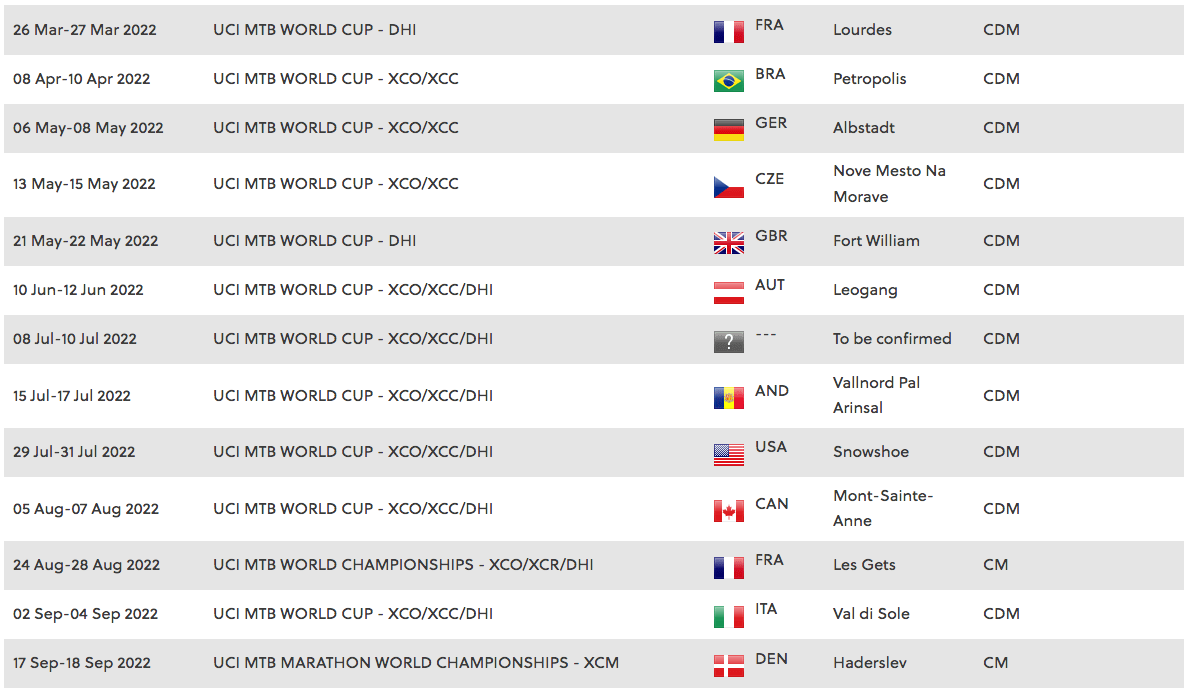