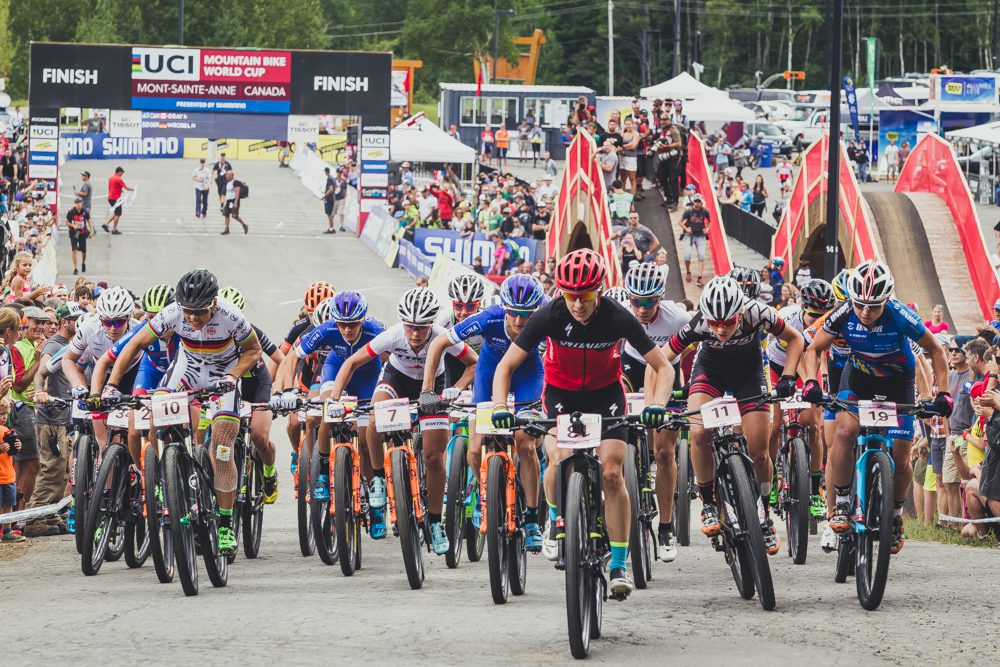 Mont-Sainte-Anne will host the UCI mountain bike world championships for the third time in 2019. Following the first day of the UCI Management Committee meeting taking place in Doha, Qatar during the 2016 UCI road world championships, 14 successful bids to host world championship events were announced stretching all the way to 2020.

“Cycling Canada is thrilled to partner with the Corporation Événements d’été de Québec in the hosting of the 2019 UCI mountain bike world championships in Mont-Sainte-Anne, Canada,” said Cycling Canada president John Tolkamp. “We wish to thank the UCI and congratulate the Mont-Sainte-Anne organization committee on securing this bid for Canada.”

Also announced was the successful bid of Yorkshire, Great Britain to host the 2019 road cycling world championships. Millions of people turned but to watch the first three stages of the 2014 Tour de France which began in the United Kingdom with the Grand Départ in Leeds.

“We are delighted to be able to reveal the names of so many new hosts from such a wide range of countries around the world,” said UCI president Brian Cookson. “We look forward to working closely with the successful cities and regions in the coming months and years as we build towards each of these UCI World Championships.

RELATED: You could win a Biemme Identity winter jacket

“We were especially impressed by the strength of interest in hosting our flagship events, as demonstrated by the sheer number and calibre of the bids we received,” Cookson explained. “The UCI is committed to expanding the reach of cycling worldwide and ensuring the sport continues to grow in both established and emerging markets.”