Every Canadian is familiar with the concept of a mullet when it comes to fashion – or questionable fashion choices – but what does a mullet bike mean?

Business up front party in the back isn’t a new idea, but this latest incarnation could be the best version yet. How the saying goes is actually really close, it turns out, to how the modern two-wheeled version of the classic haircut feels on the trail. Mixing and matching wheels changes how the bike handles in a way that has business applications on a racecourse but also has just a bit of attitude. Whether you use that to go faster in races, or just because it feels really fun is entirely up to you.

Wheel size is always a compromise. 29″ wheels have better rollover speed and maintain speed better than small wheels. 27.” on the other hand, are snappier in corners and accelerate faster than big wheels, and they fit better for many shorter riders.

But what if you didn’t have to compromise? What if you could have the speed of a 29″ with the fun of a 27.5″ – and not have your backside buzzed by your rear tire anytime you get real low?

Mullet bikes are an idea that started with the elite World Cup and Enduro World Series teams, looking for a compromise between 29″ and 27.5.” While mixed wheel sizes are far from gaining universal acceptance, they’ve gained a real foothold among the gravity racing crowd. They’re not just for racers, though. The ride quality does hold some appeal for anyone riding a longer travel trail bike, even if you’re not going up against the clock.

Should you try one?

Unlike previous attempts at mixed wheel sizes, this take seems to have legs. It’s been around for a few years now and is gaining momentum, not losing it. More companies are offering stock builds designed around, or to accommodate 27.5/29″ mixed wheel builds.

In part, its growing acceptance is because mullets are not just gaining momentum, they’re going fast. Fast enough to win World Cup races. Yeah, the riders have something to do with that – mixing wheel sizes won’t make you ride like Loic Bruni. But it could make you faster than your current bike.

Speed isn’t the only reason to try the mullet on for size, though. it changes how the bike rides in ways that are as much fun as they are potentially fast. instead of being the worst of 27.5” and 29” they seem to pull the best characteristics from both wheel sizes, with some caveats, of course.

RELATED: Mullet or wagon wheels? The Syndicate weighs in

It is also a fit thing. If you’re tired of 29″ wheels buzzing your butt but don’t want to go back to 27.5″s, this could give you a bit more breathing room without giving up speed.

Are DIY haircuts a good idea?

converting a 27.5” to mullet isn’t a perfect solution, and it is not easy. You’re much better off going for one of the growing number of ready-made options out there now. But, if you’re intent on the DIY option here’s some considerations you should keep in mind.

It takes a bike shop’s worth of parts. You can’t just slap a 27.5″ wheel on a 29″ and roll out the door. Doing that will leave you with really funky geometry that would be no fun. The BB will basically be on the ground and the bike will be floppy as all get out. Even converting a 27.5″ frame to a mullet, you have to be really careful with your parts selection. 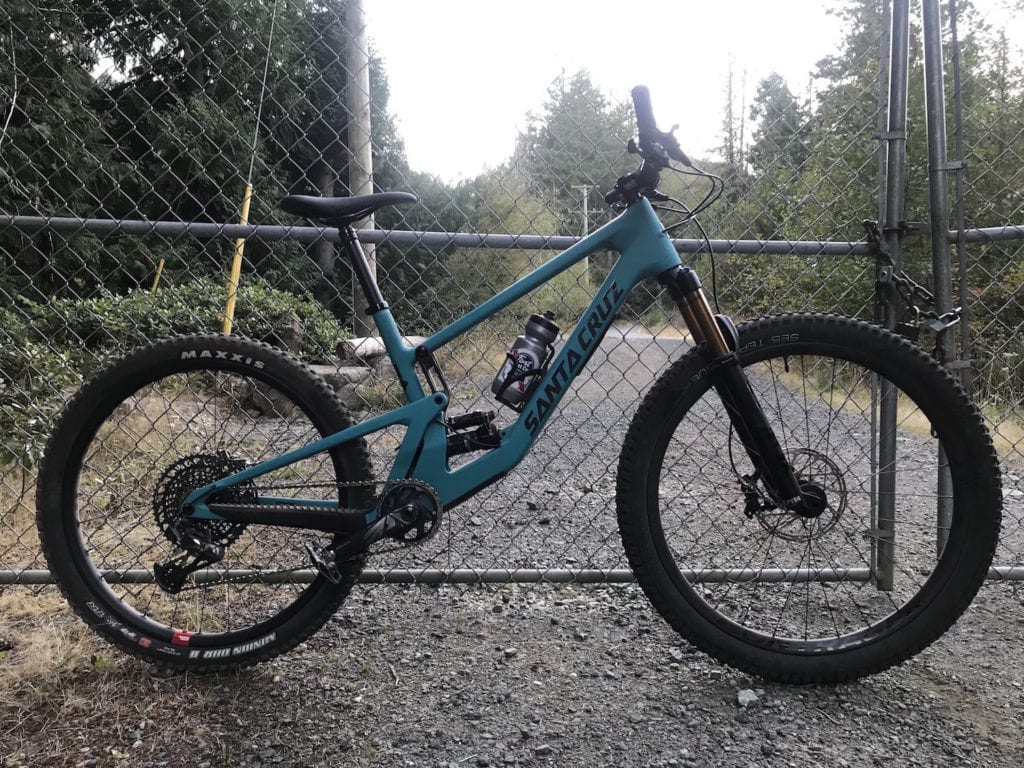 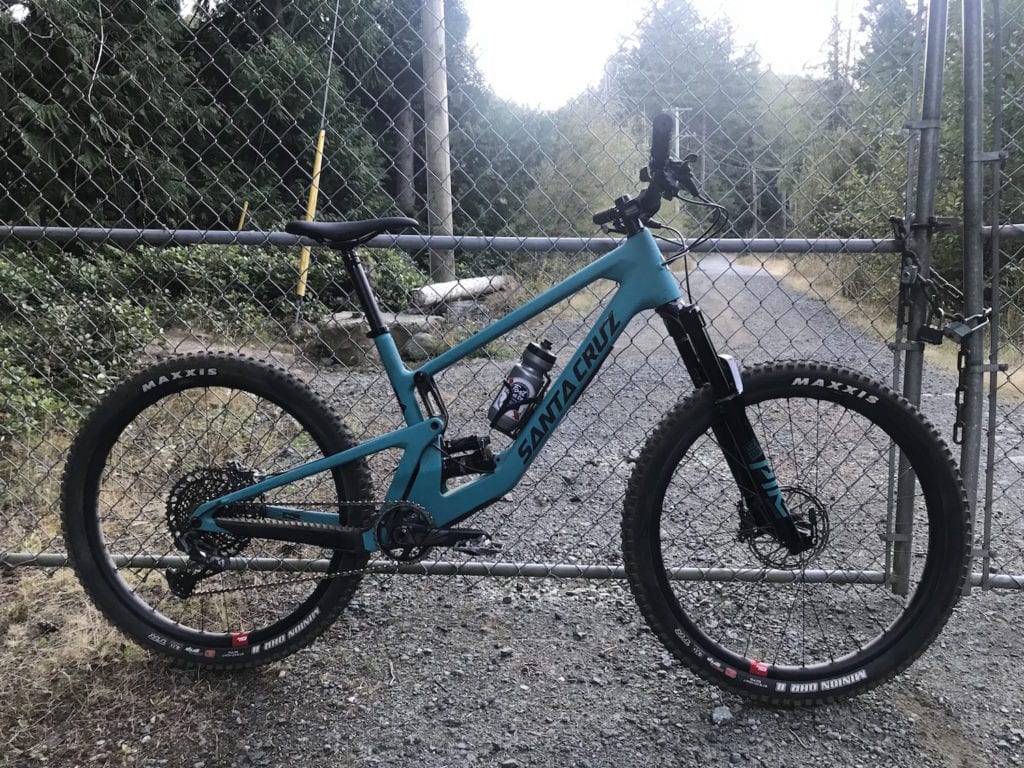 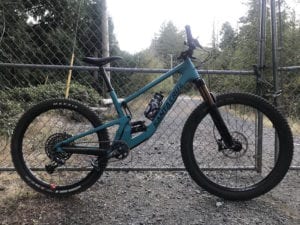 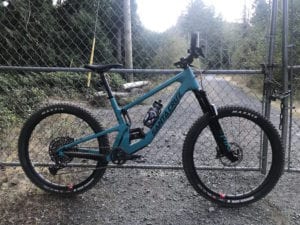 5010 is a great bike for this. It’s already a very fun, playful bike to ride. In trying the mullet, I was looking to see if the bike would get a little faster, without losing the fun-factor. This was purely about seeing if the bike would be more fun with the party combo of wheel sizes.

To keep the 5010 balanced, I lowered the front wheel travel to 130mm. This keeps the head tube angle close and keeps the bars and stack height as close as possible to the stock build.

With the new wheel and fork (you could just lower a 140mm fork, but I had a 130mm for available and that was easier) sitting on the 5010 mullet felt close to how I had been riding it with twin 27.5″ wheels and a 140mm fork. I was a bit further back on the bike, which was most noticeable climbing. That’s also where big front wheel did feel a little floppy, especially right after riding the stock 5010. Again, this was a quick test using what I had. A stock mullet bike will feel more balanced.

Partying with a mullet

So, after all of that, how did the mullet bike feel? Well, it actually delivers on the “best of both worlds” promise. It’s faster over rough sections of trail than straight 27.5″s, and still snappy and fun in corners.

How does this work? Well, the rollover of the big 29″ wheel lets you put your weight forward on the bike and carry momentum where twin 27.5″ would get hung up. Rolling through straight sections of trail, it was perceptibly faster than the stock build. It feels more like a 29″ bike, but it is way easier to move the back end around on the trail.

Cornering with the mullet took a couple corners to adjust to. At first, it felt more like a 29″ bike – carving a smooth line through the corner. Once I was more comfortable, the bike came alive. The small back wheel follows through corners faster and is easier to break loose when you want to and move around while still in the corner. It was most noticeable, and most fun, through really tight corners. When trying to snap the bike around quick switchbacks, it was much easier to intentionally break the back end loose to whip around and get traction back when you want it.

Basically, the mullet made an already fun bike even more playful, and a bit faster. Is there a cost? It does feel like the mixed wheels might be slightly less stable at high speeds. Pro downhill racers running mullets at the World Cup might contradict this. But also, they’re pros.

Should you try the mullet? Sure! They’re fun! I thought this would be a quick experiment just to try it out, and I ended up getting way more into it than I thought I would. It’s definitely something I want to try again. While I didn’t run this against a clock, it felt faster than a straight 27.5″ bike. If you like a bike that’s really snappy and playful, but don’t want to give up the rollover of a big wheel, this could be for you.