North American Handmade Bicycle Show (NAHBS) has returned to Sacramento, California and, while boutique road bikes may be front and centre, there’s always some interesting projects at the show that are destined for dirt.

Russias Triton bicycles had a singlepeed hard tail on display. Over at Hope Tech, a U.K.-made carbon and aluminum enduro bike was hanging out. While not hand made, Shimano showed its XTR M9100 group off, including the new black crankset. 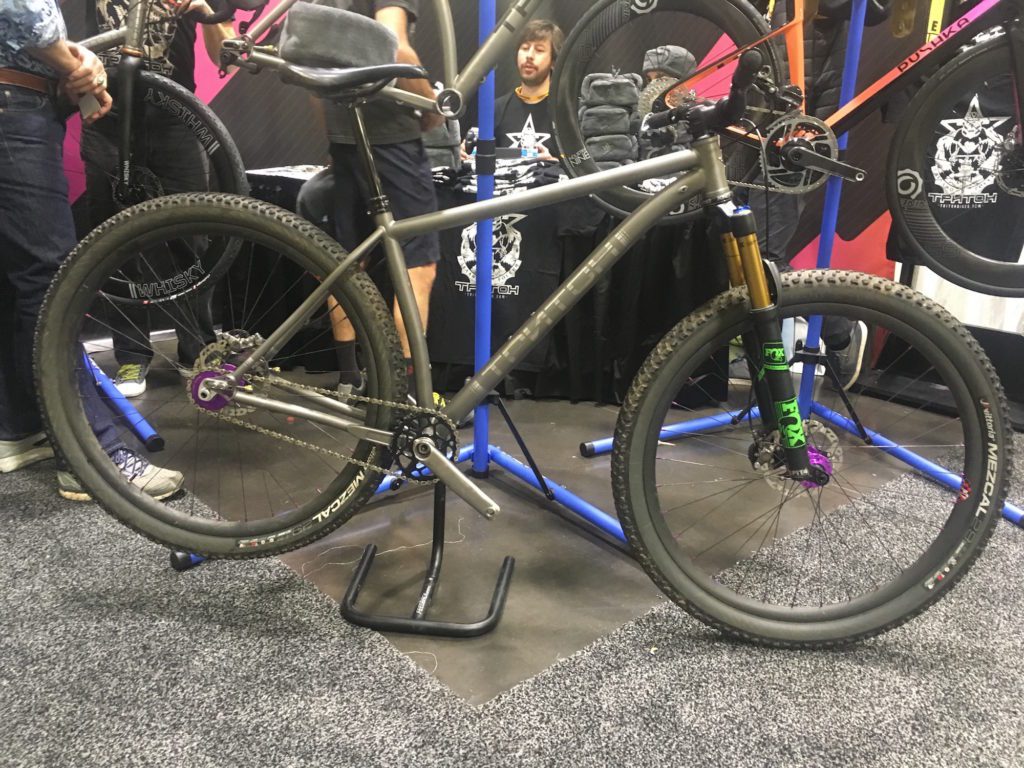 Triton's titanium mountain bike was set up singlespeed at the show 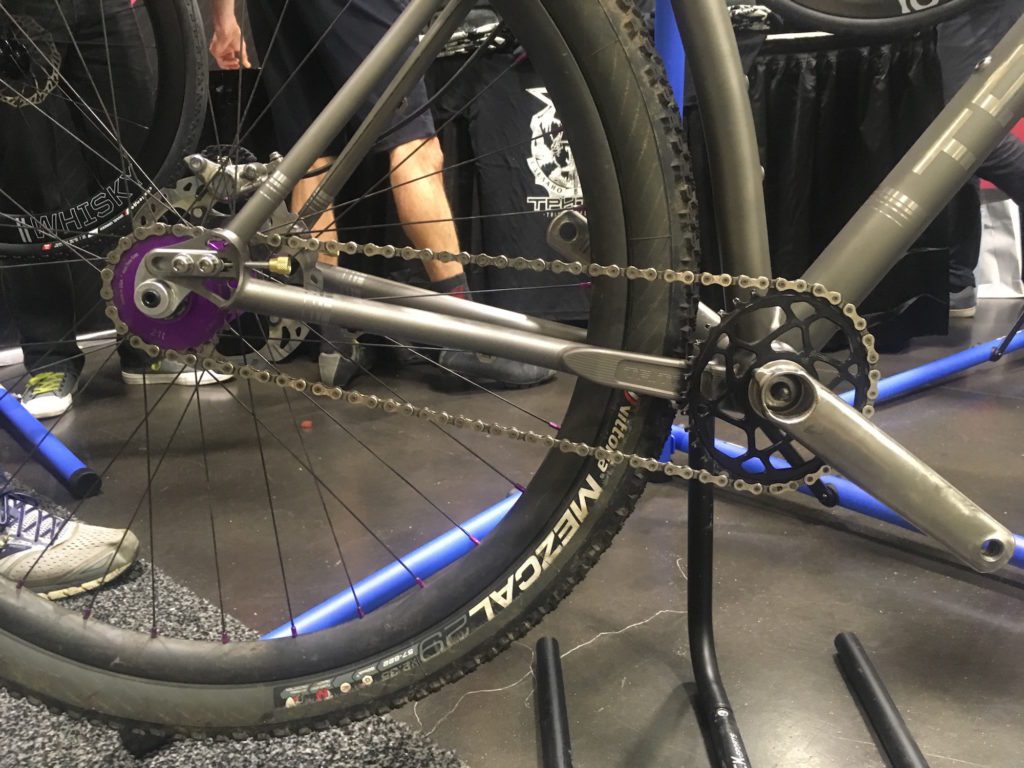 Sliding dropouts make for an easy singlespeed conversion, though its easy to be distracted by Cane Creeks eewings titanium crankset 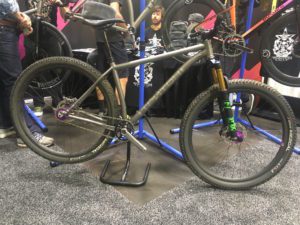 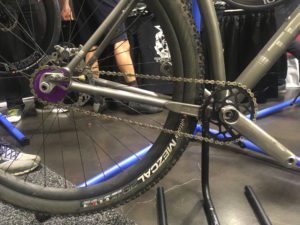 Triton is a Russian brand making custom titanium bikes by hand in Moscow. It had a titanium hardtail set up singlespeed in the booth, with an Endless cog and very trick Cane Creek eewing titanium cranks to match the frame. 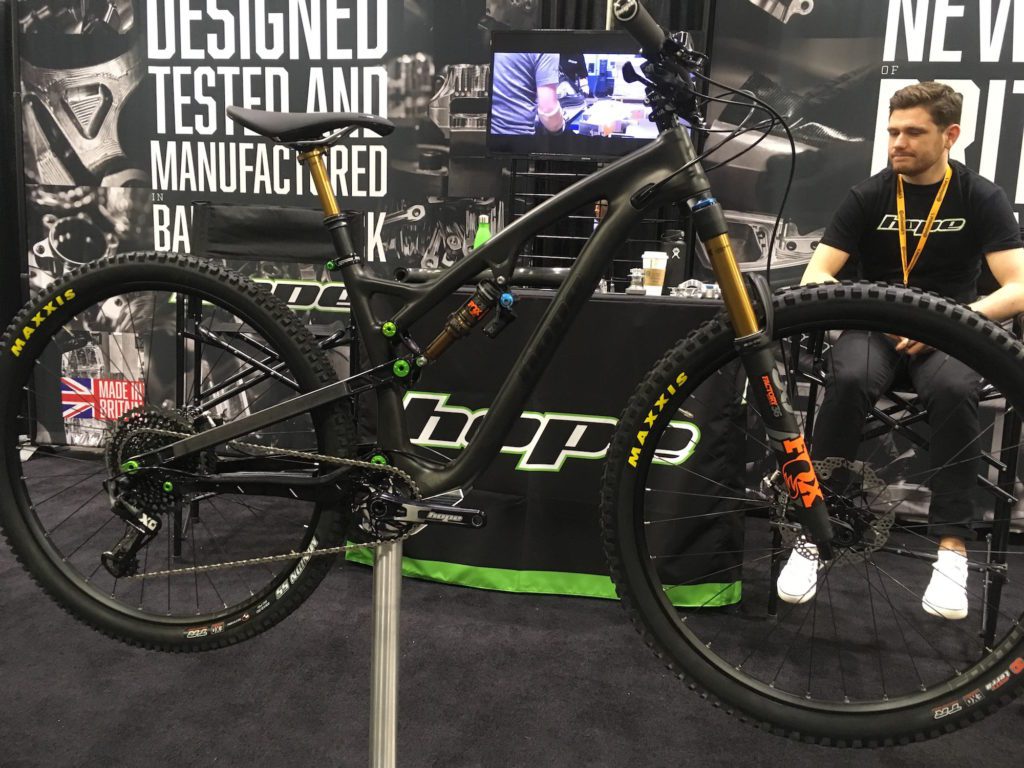 Hope's HB 211 prototype isn't new, but it is very nice 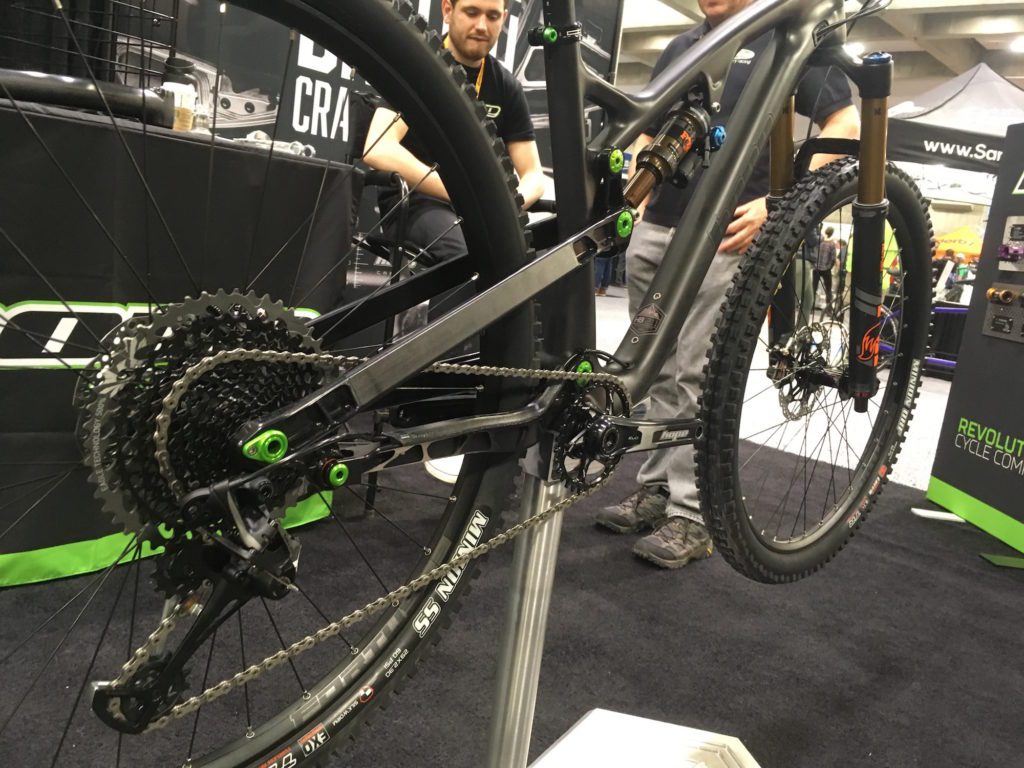 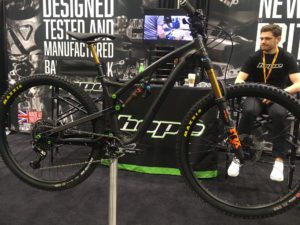 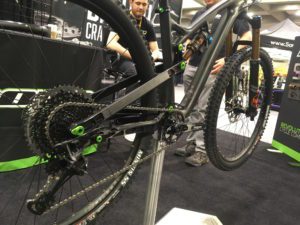 Hope is better known for its beautifully machined and high quality mountain bike components, but the Barnoldswick, U.K. company’s full mountain bike looks pretty spot on, too. On display in the Hope booth was the HB211 prototype, the precursor to its HB 160 enduro race bike. Hand-laid carbon front triangle matched to a machined aluminum rear triangle, all done in house in Barnoldswick. 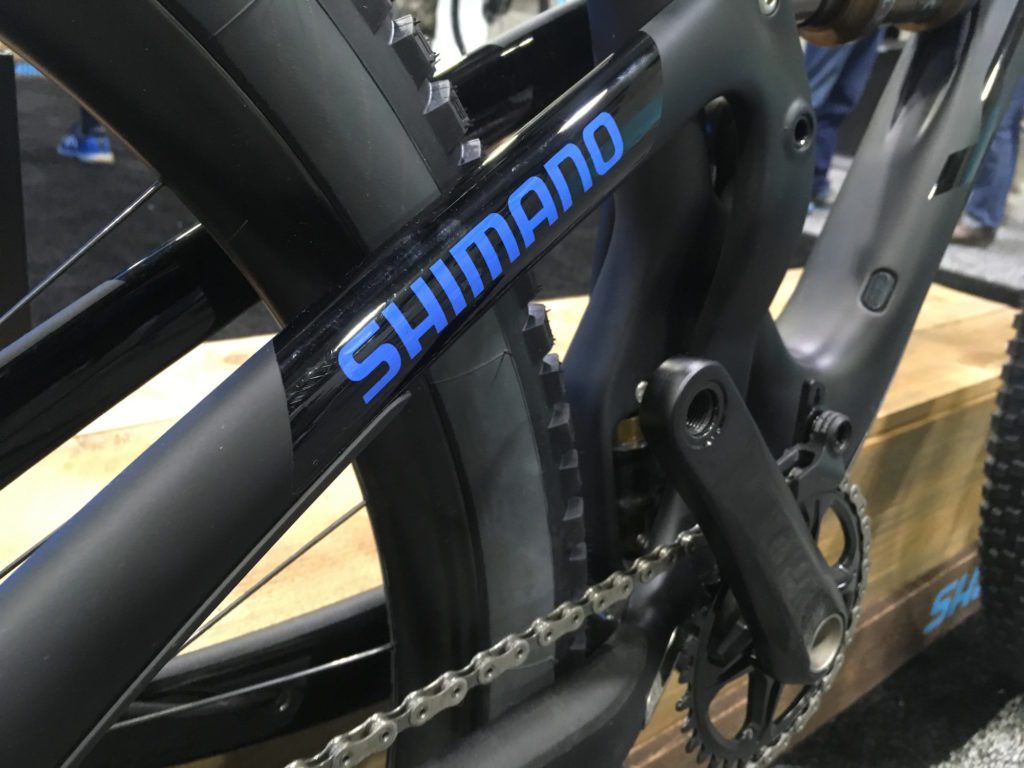 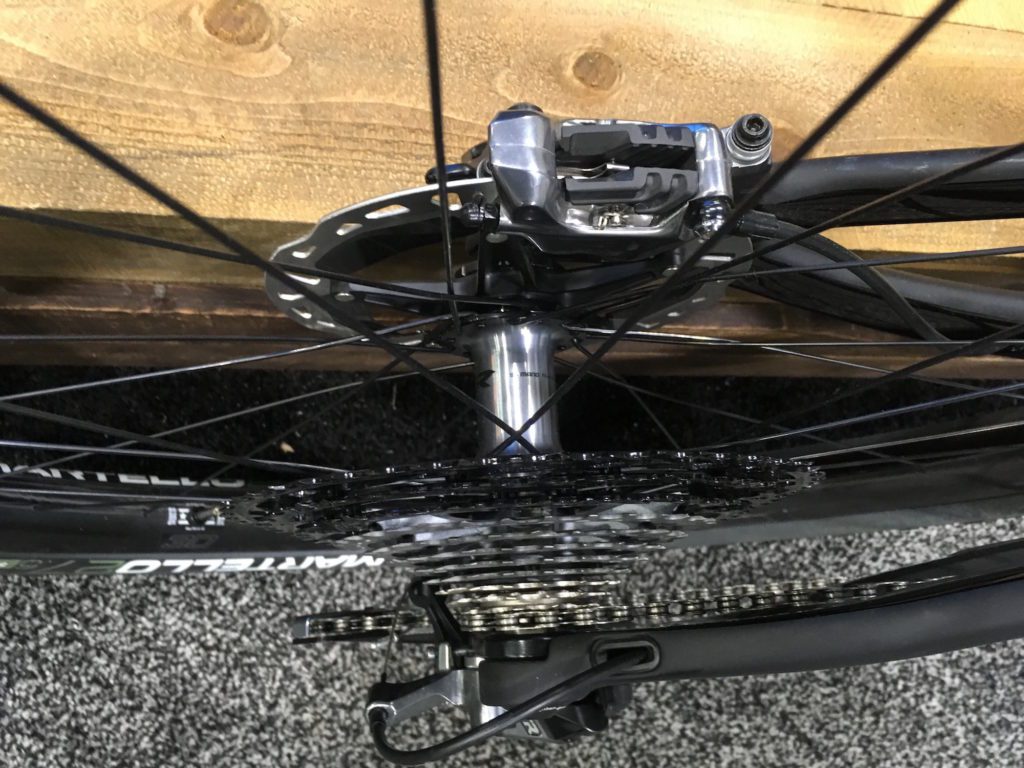 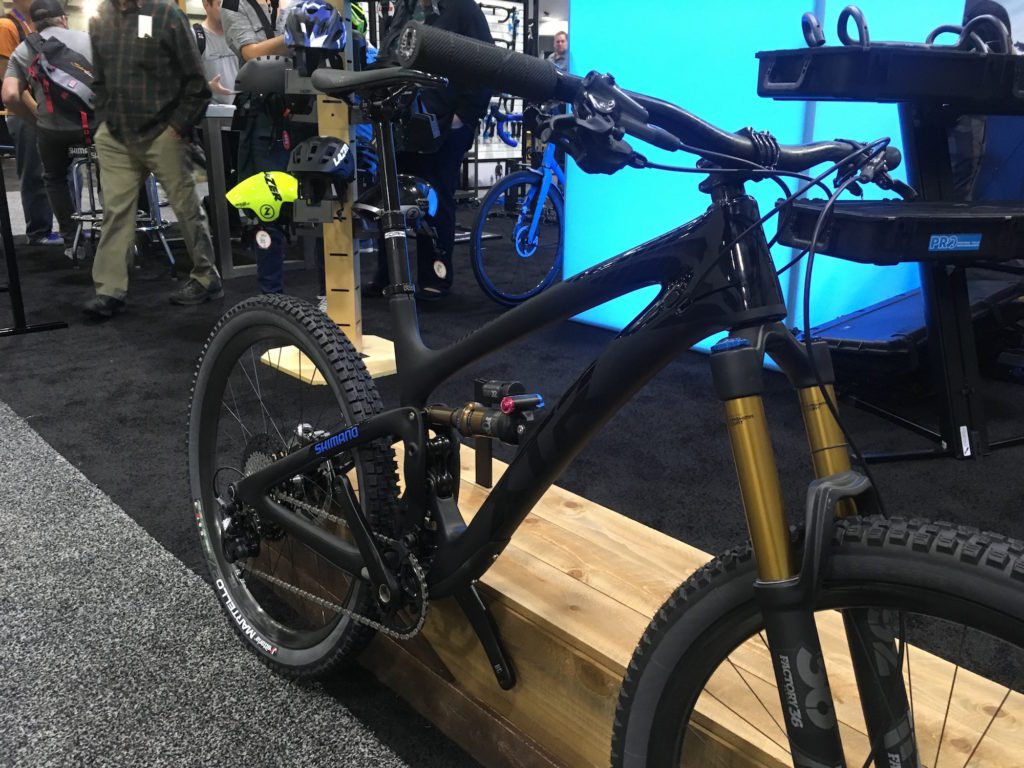 The full XTR kit hung off a unbranded Yeti frame 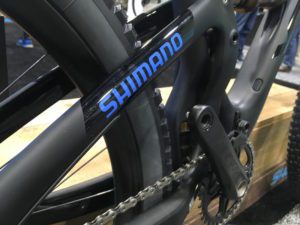 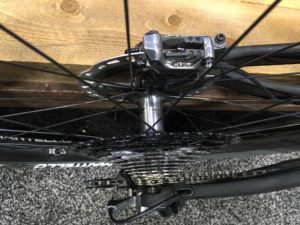 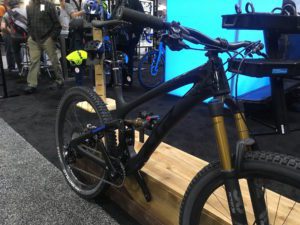 Shimano’s long-awaited update to XTR will be rolling out on select 2019 bikes. NAHBS was one of the first opportunities to see the new FC-MT900 crankset and non-Scylence FH-9111 hubs that the group will now ship with. The changes were announced recently, after delays and modifications from the original launch.