There are five of us standing around inside Naked HQ, the small workspace from which Sam Whittingham operates Naked Bicycles. Having finished last minute adjustments to our bikes before the next days New Years Eve Boar Hunt, an annual tradition on Quadra Island that sees groups set out on rides of varying distances of up to 120 km, talk turns to … ok, it mostly stays on bikes. Whittingham is on one side of the shop talking about refitting and repainting an older Naked X cyclocross frame for its new owner, while our side of the room works together at jerry-rigging an old water bottle into use as a mini-fender. It’s been snowing for the last couple days so the fender likely won’t see much use, but after last year’s slushy NYE epic, being over prepared doesn’t seem like a bad idea. 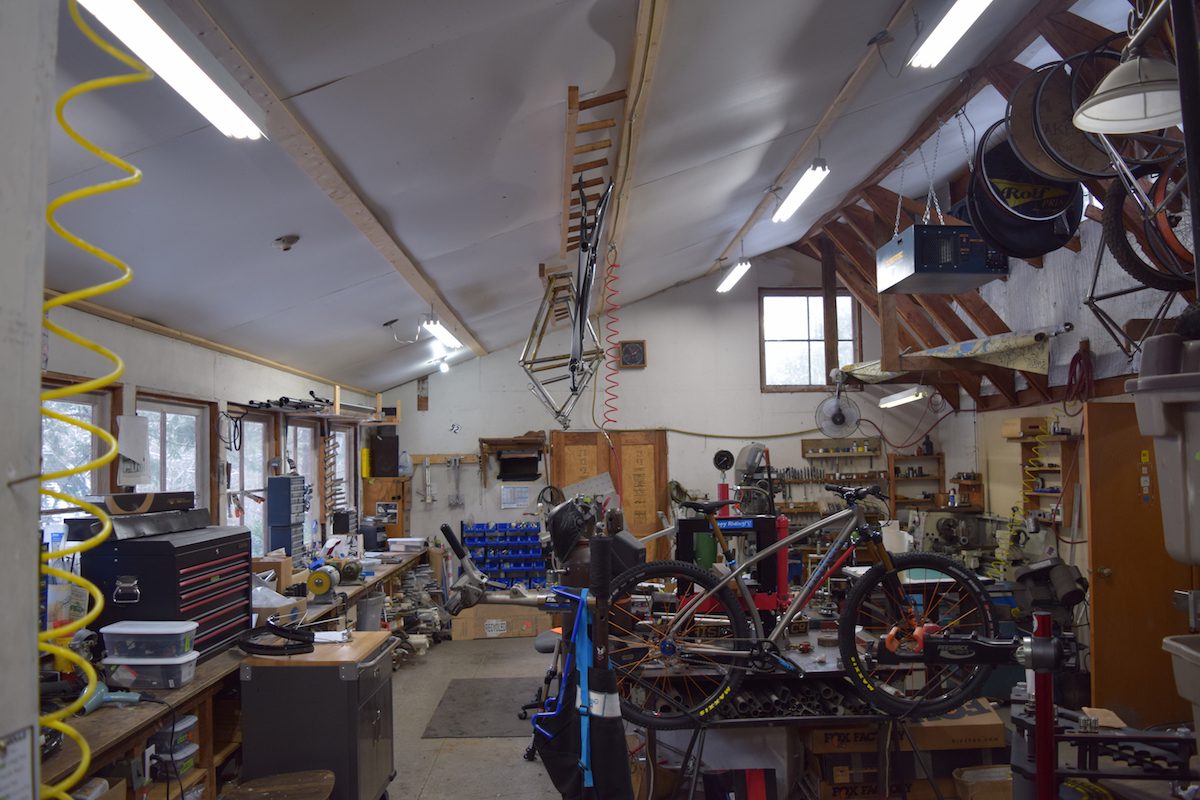 Sam catches on to the fender project and nods his approval at the mangled, crooked bottle somehow clinging to the seat. The contrast couldn’t be starker between our gorilla-tape-and-plastic “masterpiece” and the gleaming titanium singlespeed hardtail posing on a rack next to us in the workshop. The Naked is a fully functional work of art, destined for trails on the other side of the continent. The fender is struggling towards functional and likely won’t survive the next day. 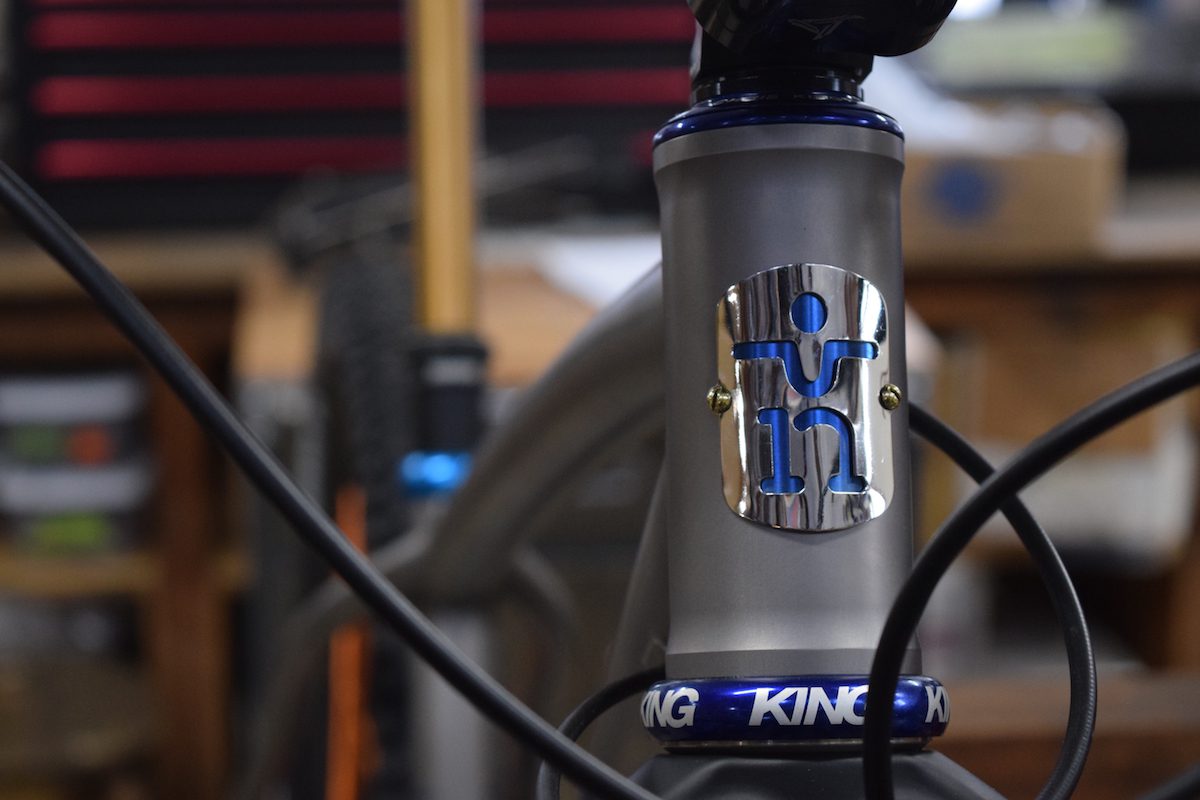 That Whittingham is excited about both fender and high end titanium machine is one aspect of what makes Naked Bicycles special. The bikes are the physical product of the enjoyment Whittingham draws from cycling, from bikes and, perhaps most importantly, the community. Naked bicycles are beautifully made, but they are not museum pieces. They are made for the races and group rides that the cycling community is built around. Whittingham’s commitment to this community shows during the next day’s ride, where there are several Naked’s that have returned “home” just for the event. While Sam leads – he is the “boar” in Boar Hunt – he also spends his day roaming through the crowd every time the ride stops to regroup. Helping lead the Boar Hunt is far from the only way Whittingham is part of the local riding community – he also sponsors local junior races, donates a custom frame to the Island cross series annually, and builds trails on Quadra – it is one where the rest of us get to see first hand, and share in the joy he takes in cycling, and that he turns into the beautiful bikes that leave his Quadra Island workshop. 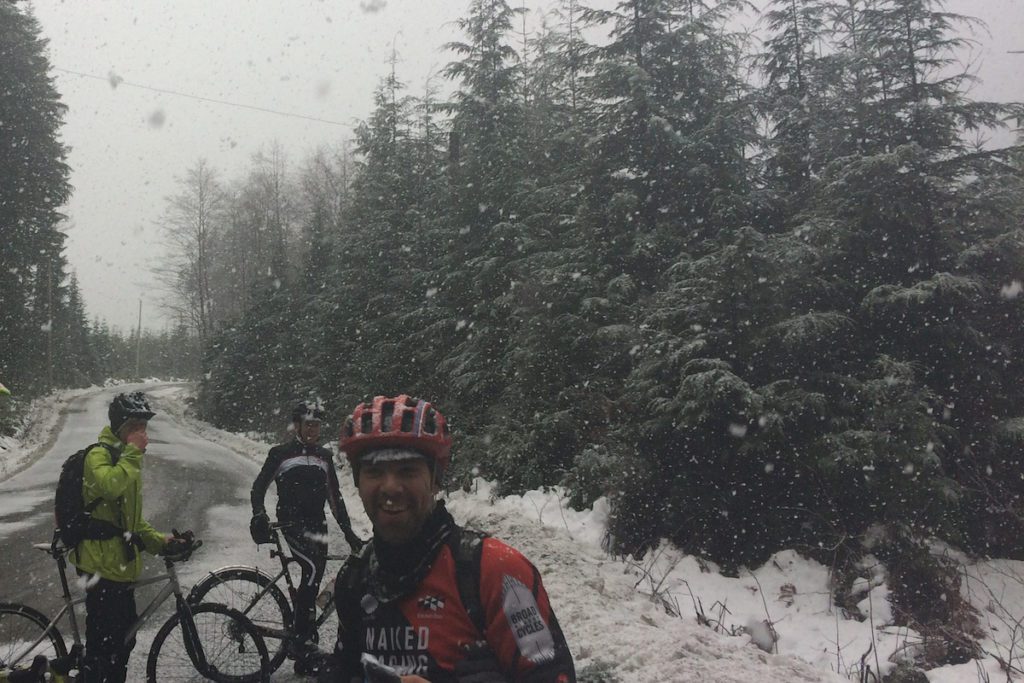 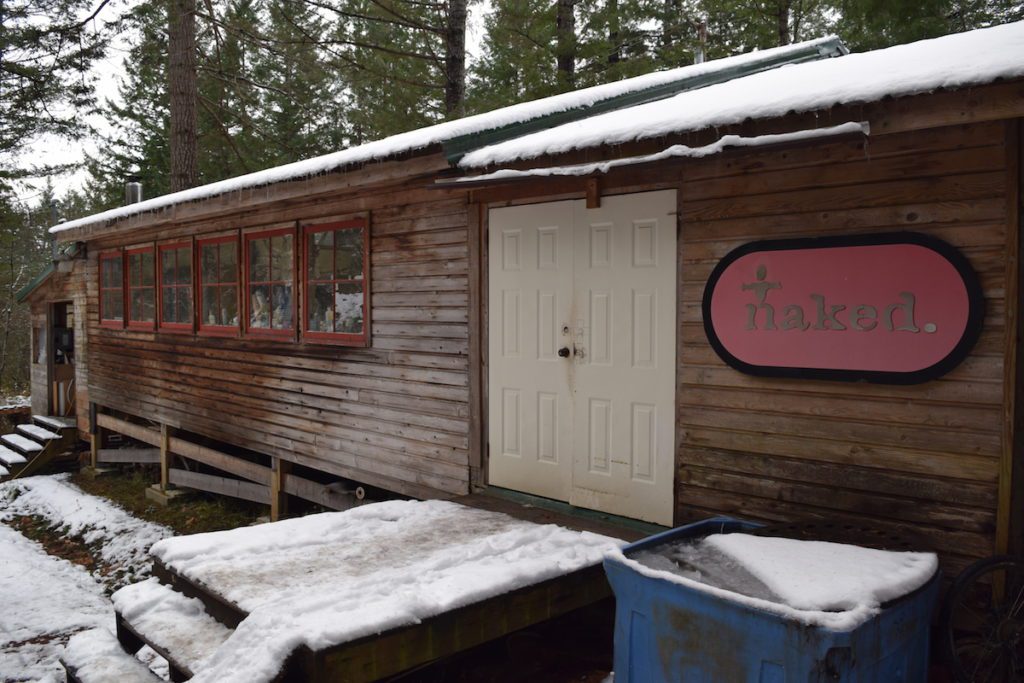 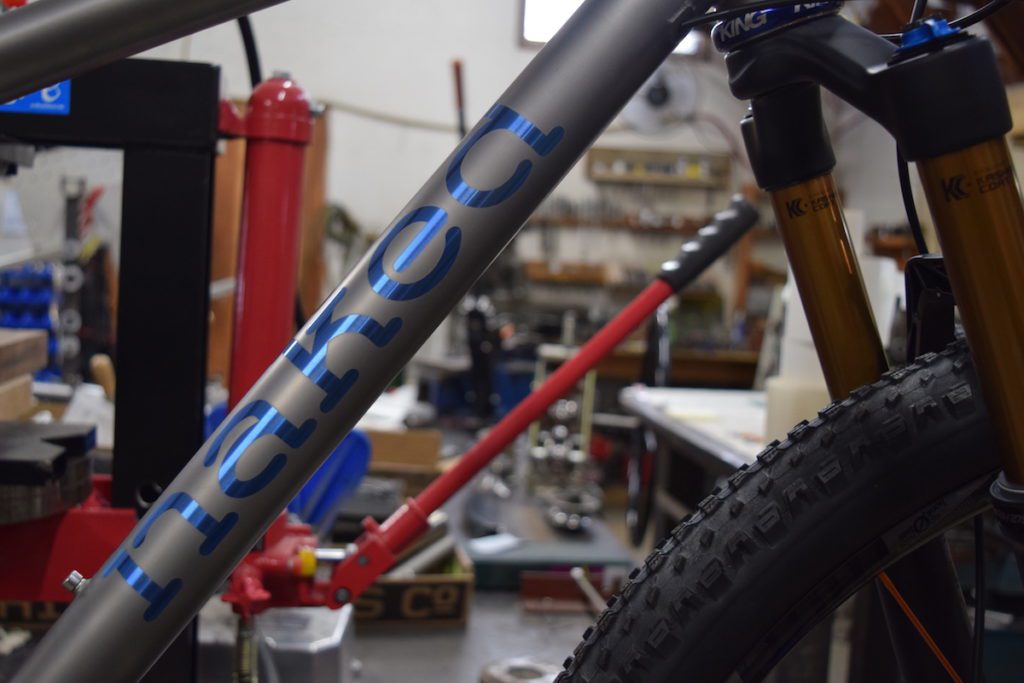 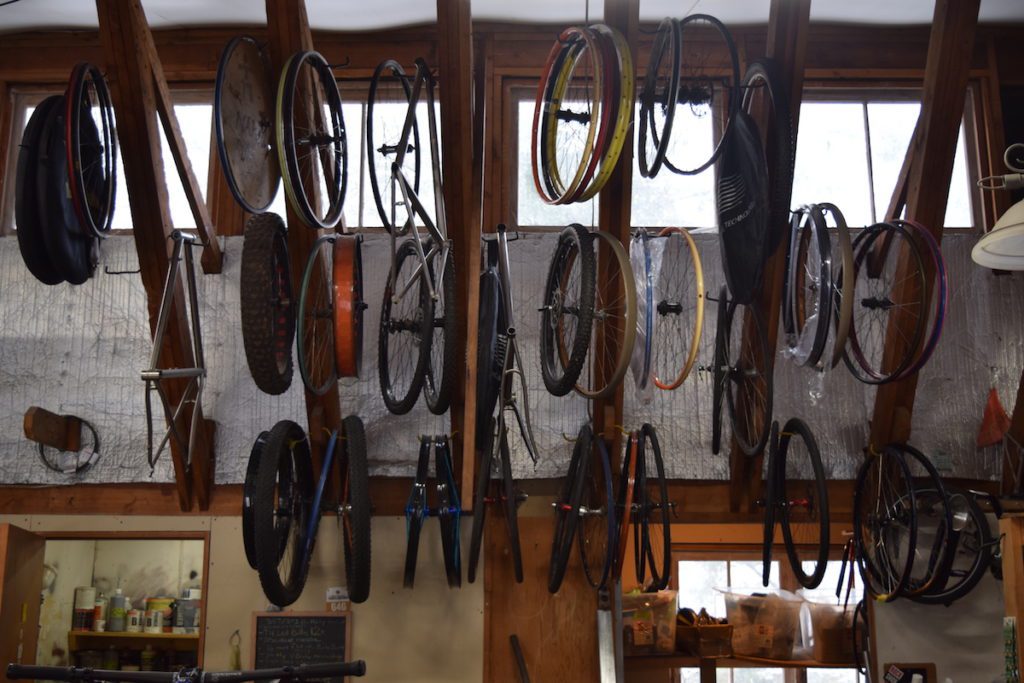 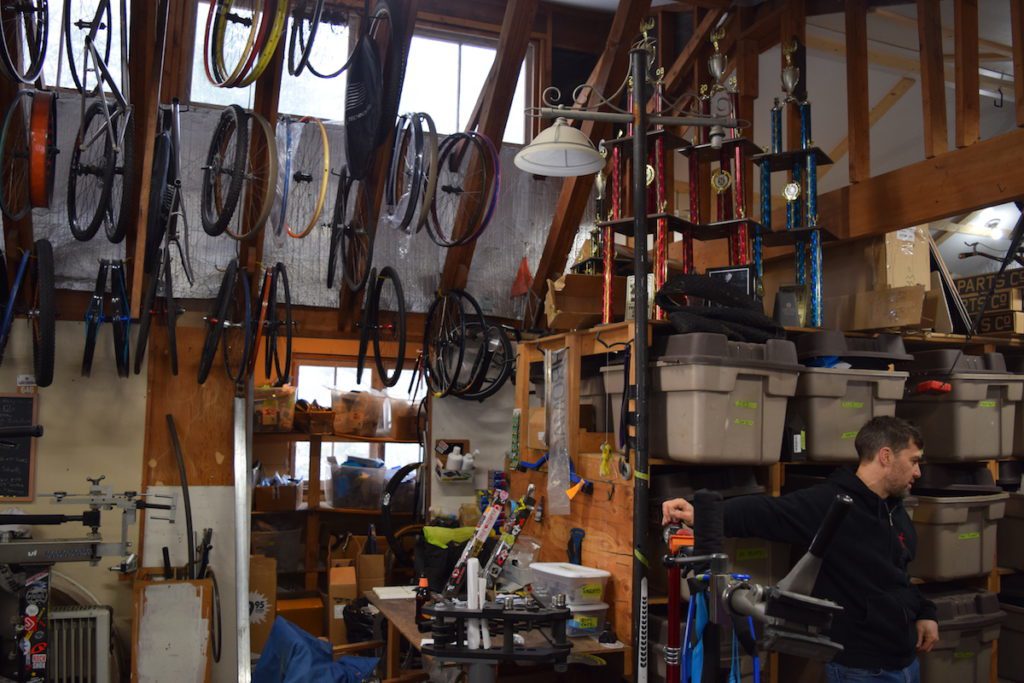 Whittingham talks shop, while NAHBS's trophies hide in the rafters 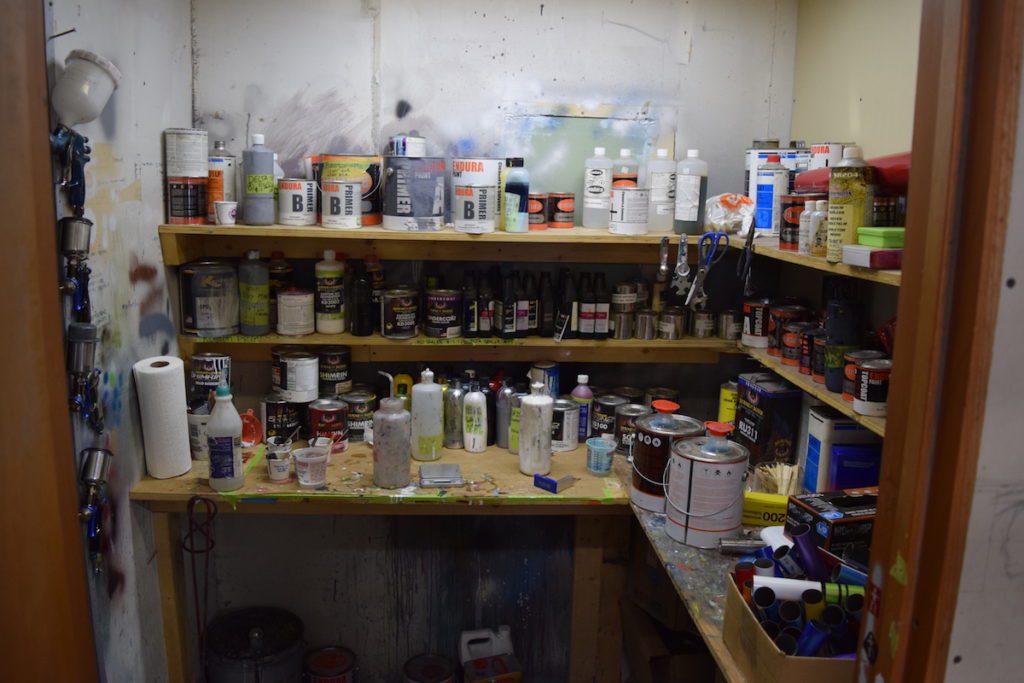 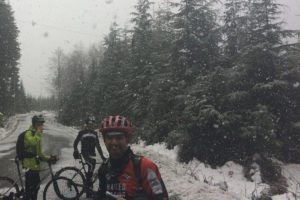 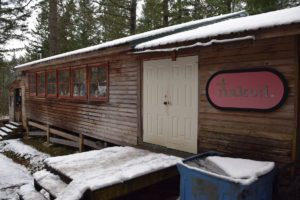 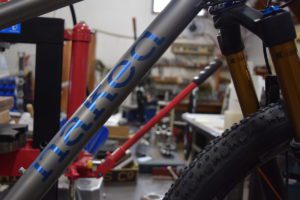 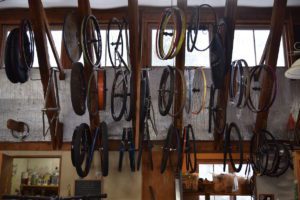 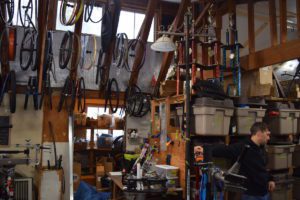 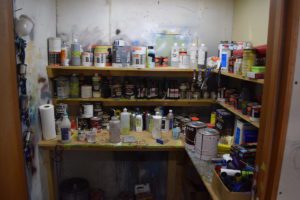