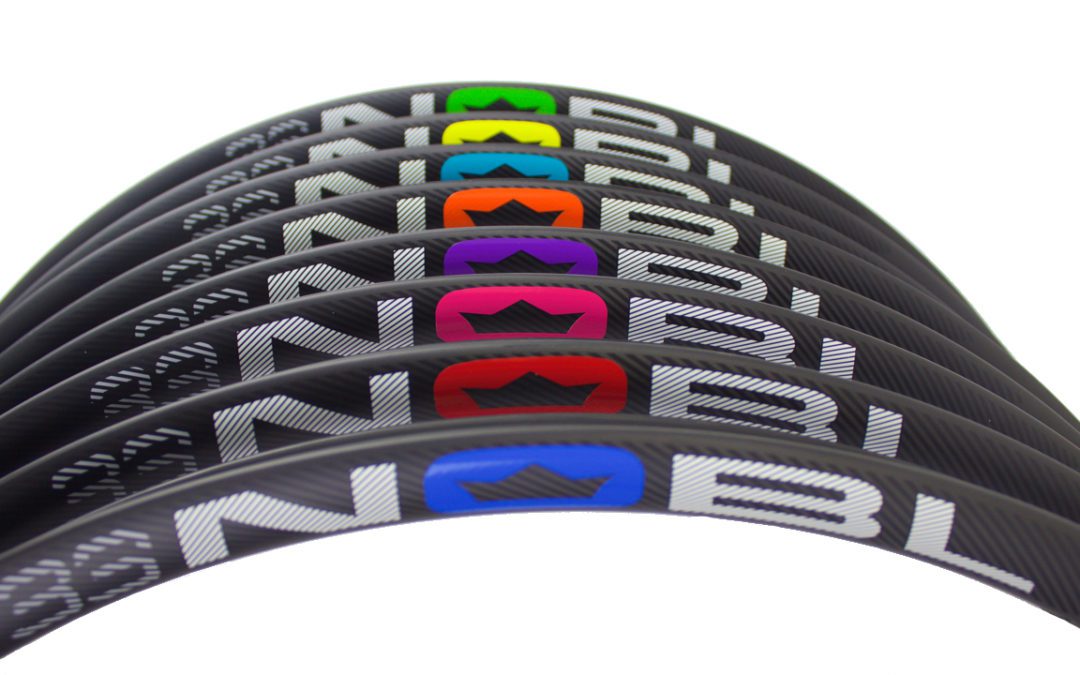 Carbon mountain bike wheelsets are undoubtedly a premium product – one popular brand starts at $3,200. Carbon wheels don’t fall into the “need” category for most riders; they are very much a “want” kind of item. So why would someone want to spend serious coin to upgrade to a set of aftermarket carbon wheels in the first place? Well, they’re often lighter, are generally stronger, arguably offer better performance and are more durable than aluminum. And they just have a certain cachet that aluminum wheels don’t.

The company and the product
Nobl has been turning out carbon wheels for five years now. The company was founded by Trevor Howard, a mountain biker with a background in aircraft composites who loved building his own wheels, and his business partner, Ryan Kononoff. Rather than trying to compete with other players to deliver the lightest / cheapest / fanciest carbon wheels, however, they’ve been decided to focus their efforts on hand-building reliable, performance-oriented custom wheelsets that will stand up to a good old-fashioned British Columbia trail bashing. Those wheels just happen to fall somewhere in the middle of the price spectrum.

Howard and Kononoff initially looked at manufacturing their rims in BC, but decided they could deliver a better product at a more competitive price by developing proprietary molds and partnering with a factory in China that specializes in carbon manufacturing. The resulting rims are mated to spokes and nipples from Sapim, and Industry Nine, Hope or Nobl-branded hubs. 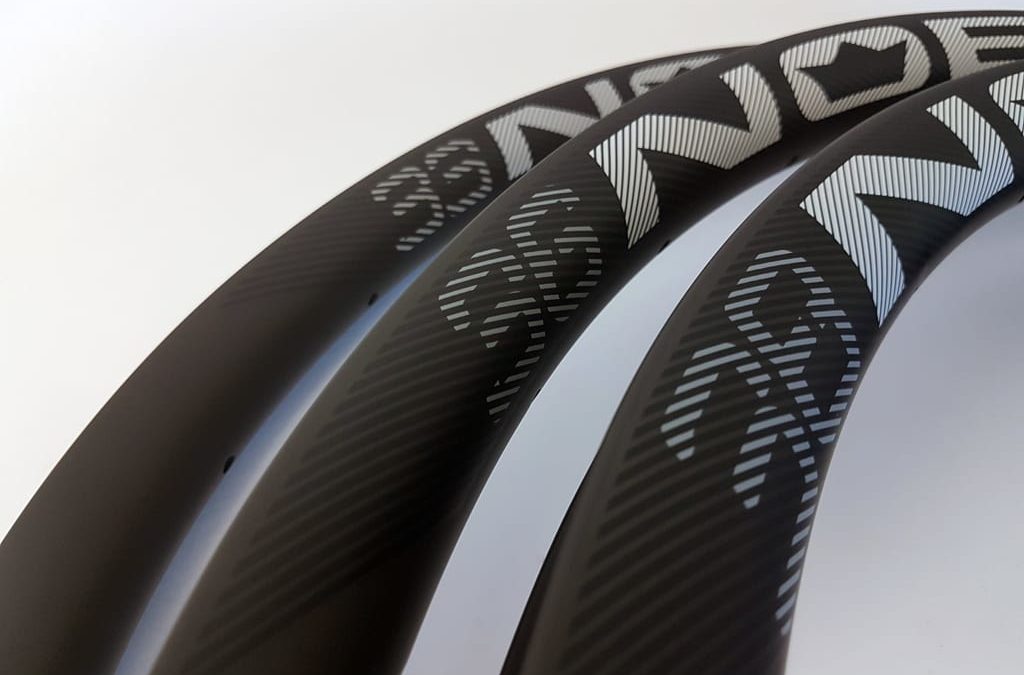 Choosing the right wheels
Customers build their own wheels on the Nobl website using a selection tool that walks you through every conceivable option for a custom wheelset. The first choice is wheel size – 27.5”, 29” or 700c – then rim width. I wanted a relatively light wheelset that could handle my 225- lbs. and North Shore trails on a 140 mm travel, 29” Santa Cruz Hightower, so I opted for Nobl’s mid-width TR33 rim.

From there, I chose Industry Nine hubs with Boost spacing (hubs are available in virtually every freehub configuration, spacing, rotor type and colour imaginable). I initially spec’d the lightest spoke package available, but after chatting with the team at Nobl, switched to a more robust set-up that was better suited to my weight and riding style. The company says it interacts with about 80 percent of its customers during the ordering process just to make sure people get the best wheel for their riding needs.

Wheelset Performance
I’ve been riding the TR33s for about four months now, and I haven’t had a single issue with them. I’ve run sets of Maxxis and Schwalbe tires at about 25 p.s.i. and they haven’t burped air once, even when the rear pressure dropped as low as 20 p.s.i. There have been a number of solid rim strikes on square-edged roots and rocks, but the Nobls stayed true and came out unscathed save for some minor cosmetic scrapes thanks to carbon’s ability to flex and return to its original shape. Which brings up an interesting question: Just how much abuse can a carbon rim take?

The Industry Nine front hub has been the strong and silent type throughout the test, while the six pawls in the freehub generate considerable noise when coasting. It’s a worthwhile tradeoff for super quick engagement, however. There was never any lag when I gave a quick push on the cranks to get over the top of a wooden structure, and it was possible to get the 29” wheels up to speed fairly quickly.

Carbon wheels in general, and Nobl’s in particular, are supposed to have a number of more subjective benefits: stronger, stiffer than comparable aluminum wheels, better acceleration, increased control and lighter weight. They’re also touted as being livelier. (That’s actually part of the company’s sales pitch for carbon over aluminum.)

Are the TR33s stronger? Absolutely. There was no damage from hits that would have left a flat spot on an aluminum rim, and the wheels are still dead straight. Stiffer? There was no tire rub on the rear end when I was leaning hard into corners, and the wheels felt solid charging through rock gardens. Better acceleration? Yes, but that was also in part due to the lighter weight and quick hub engagement. Increased control? They went where I pointed the bike, and tracked straight every time.

The toughest variable to qualify is liveliness. These wheels have definitely helped to make the Hightower a playful bike and I often find myself popping off hits that I would have rolled in the past, or staying off the brakes just a little bit longer as I come into a corner. So, yes, I’d have to agree that they’re livelier than aluminum wheels.

Final thoughts
Whether you’re willing and able to justify spending $1,695 for a set of aftermarket carbon wheels is a very personal question. It will likely depend on your both your disposable income and relationship status. You’re getting great bang for your buck with a set of Nobl wheels, however: in addition to a quality-made, aesthetically pleasing product that is around half the price of some other offerings, Nobl offers a satisfaction guarantee as well as lifelong truing and bearing service on their wheelsets. And if you’re worried about longevity, Nobl says the average rider should be able to get about 10 years of use out of one of its wheelsets.

Nobl has done an excellent job of delivering on its promise of a premium custom carbon wheel. The fact that Nobl wheels are reasonably priced, BC-trail capable and from a Canadian company means that they’re definitely worth a look when it comes time for a wheelset upgrade.