Catharine Pendrel had her best World Cup finish of 2019 on Sunday in Lenzerheide.

The two time world champion and Olympic bronze medallist was fifth in Switzerland. The excellent result hints that Pendrel could be timing her season just right, as Lenzerheide is the final World Cup before world championships land at Mont-Sainte-Anne at the end of August.

As the last major race before worlds, Lenzerheide was destined to be an exciting show. Jenny Rissveds (Project 31) win, though, makes the World Cup meaningful beyond a worlds preview.

The win caps an incredible comeback for the Swedish Olympic champion. Rissveds has been rising through the ranks rapidly after returning to racing mid-season. Her return follows two years away from the sport, and the win was clearly an emotional moment for Rissveds.

On the men’s side, Mathieu van der Poel made the most of his final World Cup weekend.

The Corendon-Circus racer won both Friday’s XCC and Sunday’s XCO. Van der Poel has won every XCC he has entered this year, though he did opt to skip the Vallnord, Andorra World Cup weekend. The win in Lenzerheide is is second XCO win in as many weeks, after winning in Val di Sole, Italy last weekend.

Despite being near the World Cup overall lead, winning three XCO rounds and every XCC he entered, the Dutch rider has opted to skip world championships. Instead, he will race UCI Road World Championships in Yorkshire, U.K. and the Olympic mountain bike test event in Tokyo. The multi-talented rider still intends to compete at the 2020 Tokyo Olympics in cross country mountain biking.

Behind van der Poel, Nino Schurter (Scott-SRAM) stayed close enough to hold on to second. Van der Poel is just 21 points behind Schurter in the overall World Cup standings, despite skipping a weekend. 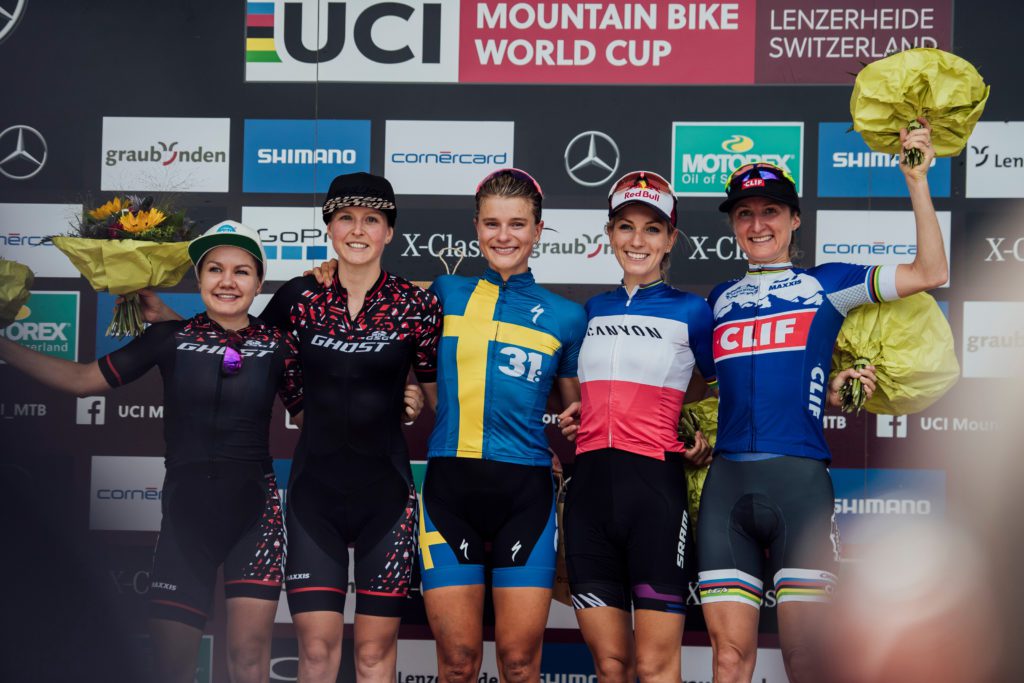 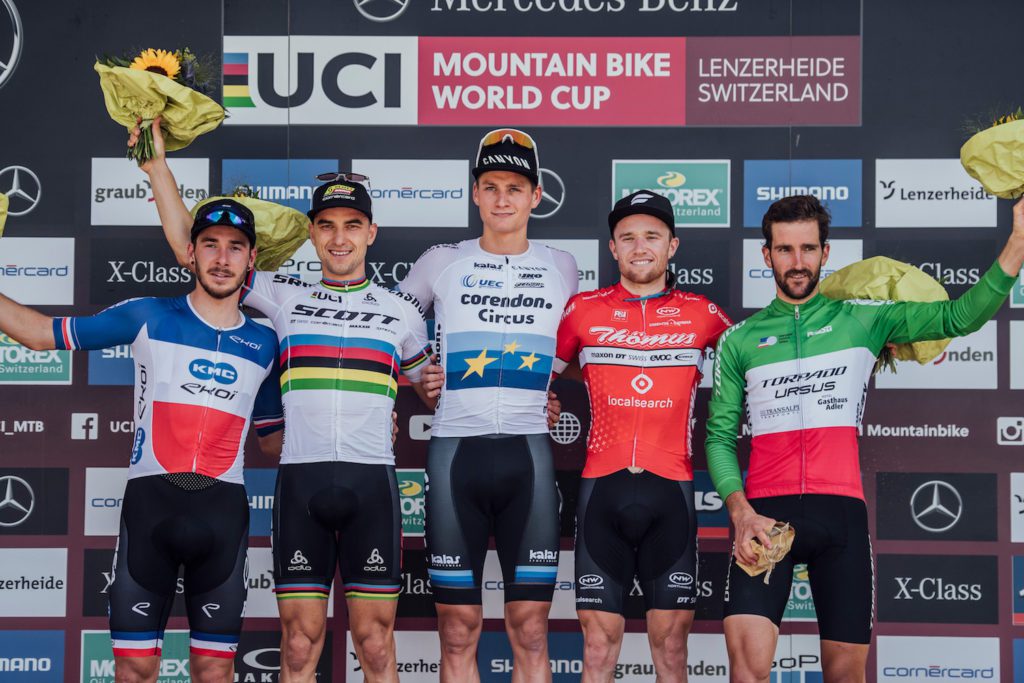 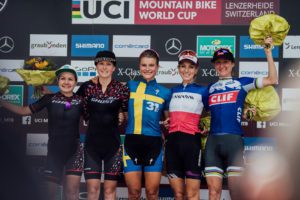 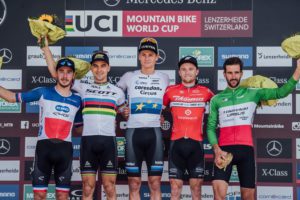 Catharine Pendrel was the big news for Canada at the Lenzerheide cross country, but not the only good news. Rio Olympian Léandre Bouchard (Pivot Cycles-OTE) jumped up to 14th in the elite men’s race.