Lazer has been big in the road cycling scene for years, but less of a presence on dirt. That’s changed lately, as the Belgian company has brought its decades of experience to its new mountain bike line.

The effort shows in the Coyote MIPS, the mid-priced option of Lazer’s trio of recent releases. A combination of features, comfort, MIPS lining and price make for an impressive helmet, with one sticking point holding it back. 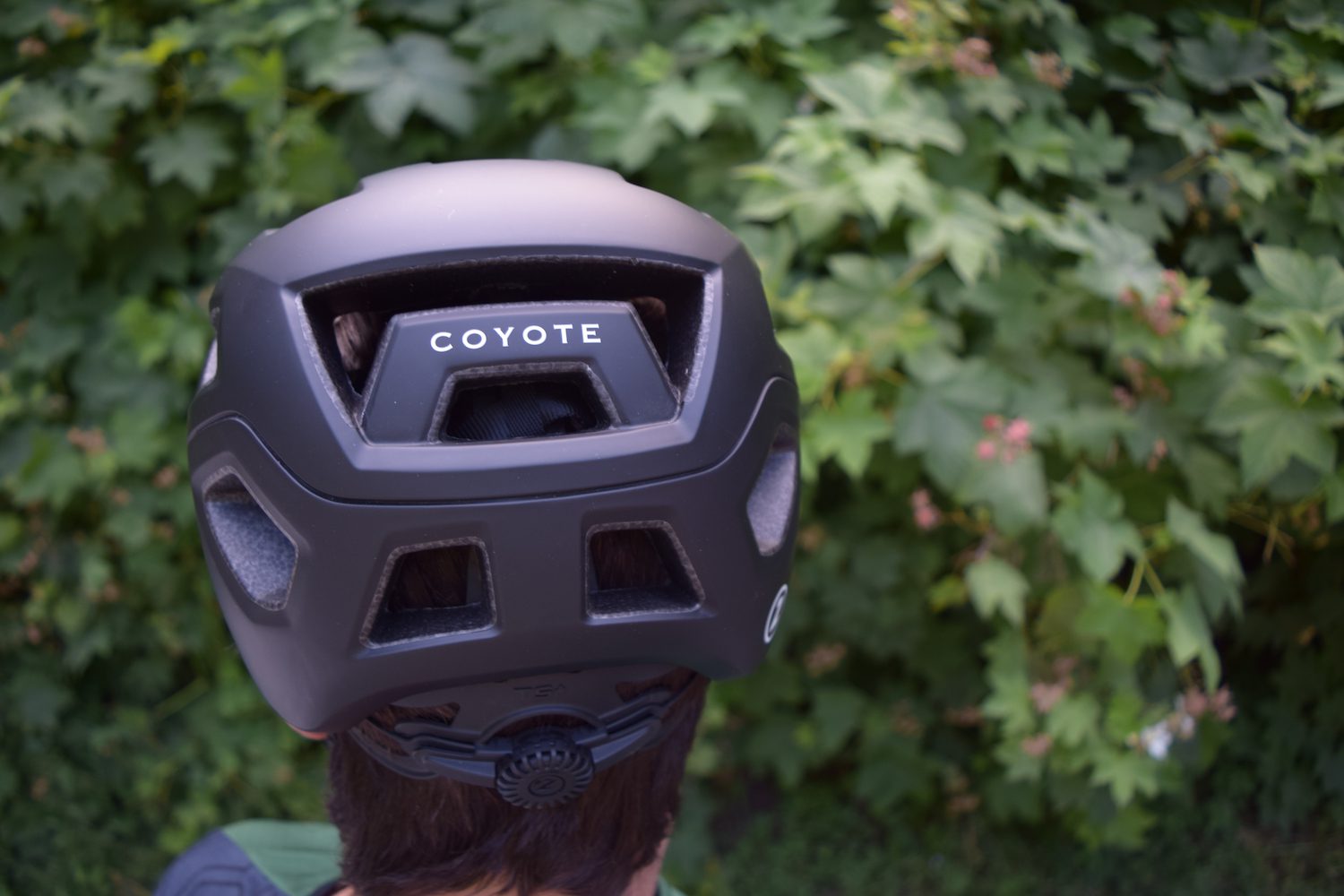 Lazer follows the trend of offering more protection in its trail helmet line, with deeper rear coverage extending down the back of the helmet. Along with better protection, this creates plenty of room to hold a goggle strap in place. Lazer’s TurnFit Plus system provides vertical and horizontal fit adjustments, and has an integrated rear light mount if you ride home from the trails.

Rather than numerous small vents, Lazer has opted for larger ventilation holes on the Coyote MIPS. In a nice bit of detail, the helmets hard shell covers the bottom edge of the helmet, preventing it from getting damaged when put on the ground mid-ride, or thrown in the trunk a the ride’s end.

Last, Lazer includes MIPS protection system. The Coyote is also available in a non-MIPS version, if you choose. 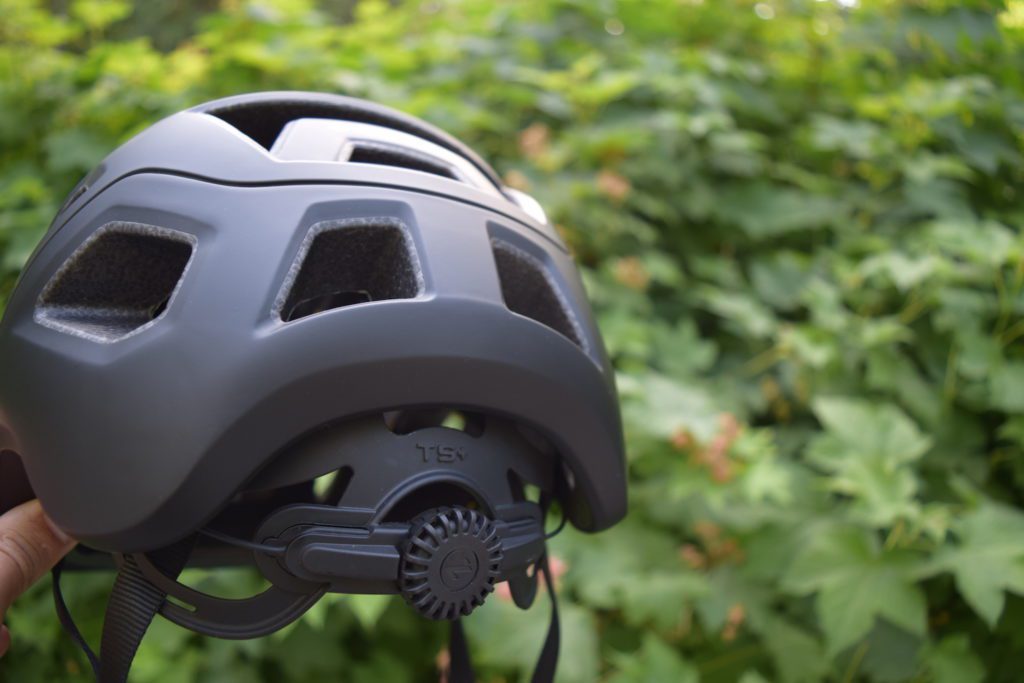 A TurnFit Plus dial is easy to reach while riding. 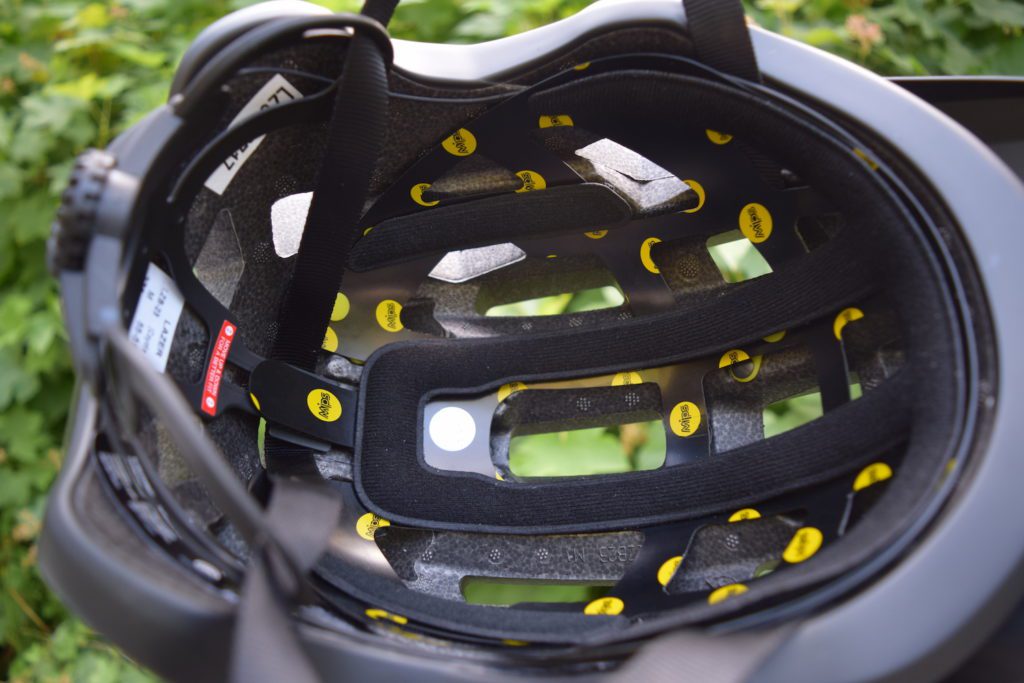 It's great to see Lazer include MIPS protection on the Coyote. 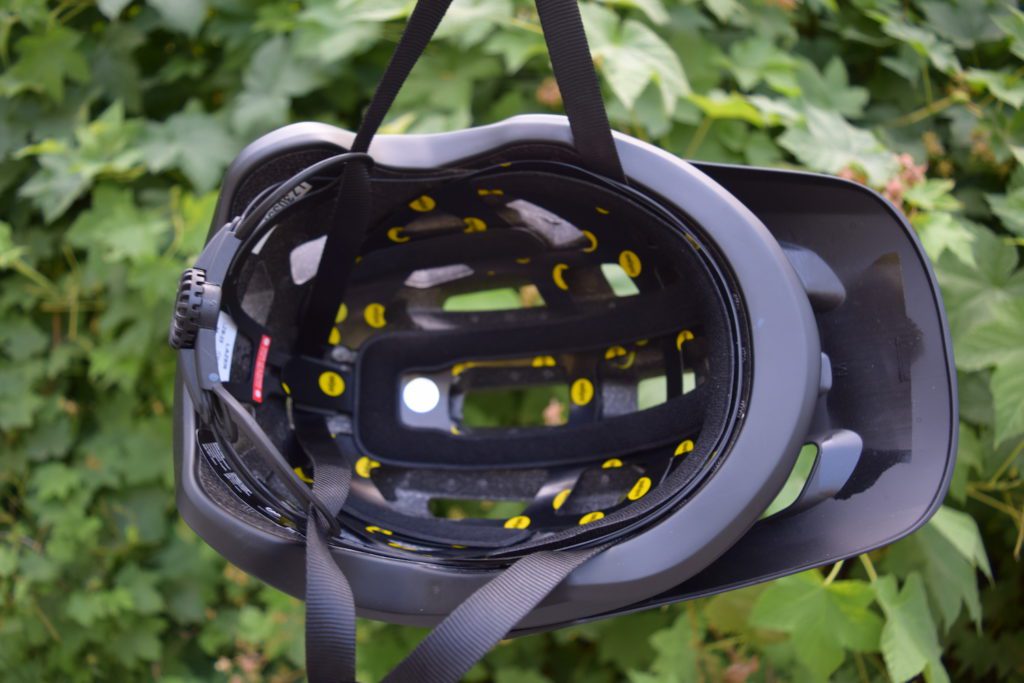 The hard shell extends to the lower part of the helmets brim, keeping it safe when it's not keep you safe. 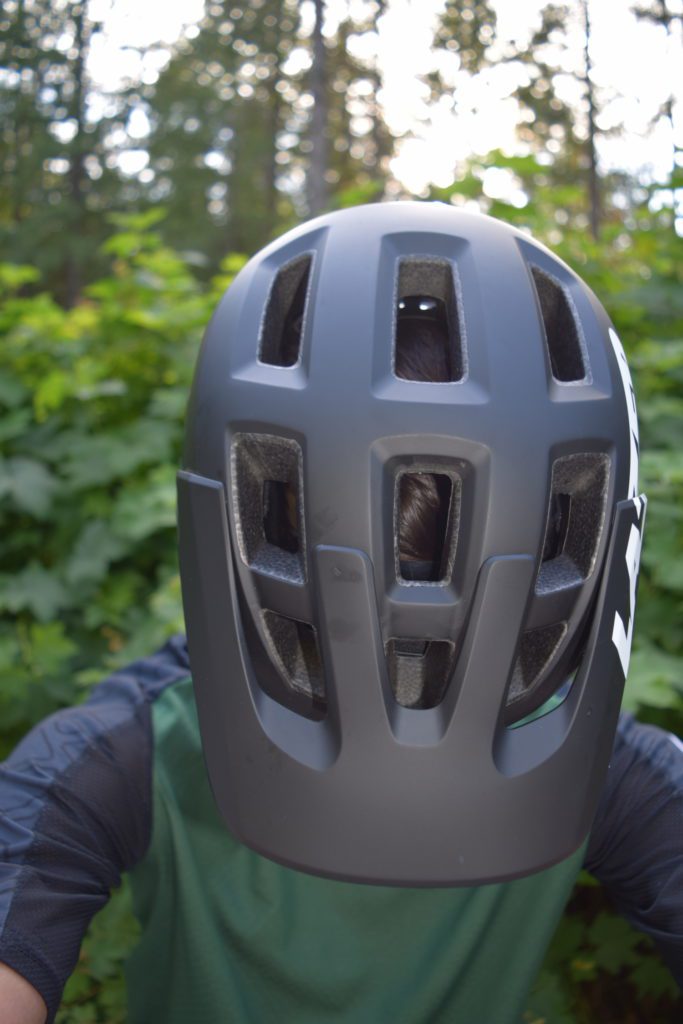 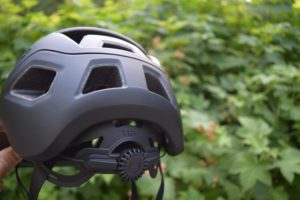 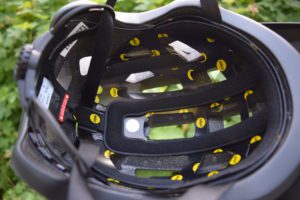 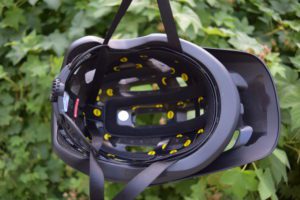 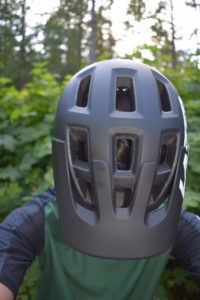 Lazer Coyote MIPS on the trail

The large vents on the Coyote MIPS do a good job of allowing plenty of air to flow through the helmet. This helps keep the temperatures low, even on hot days. You can feel air moving through the shell even at slower speeds, like while climbing interminable fire roads in the summer heat.

Lazer’s TurnFit Plus system makes it easy to get comfortable in the Coyote MIPS, and is easily accessible for the rare quick adjustment while riding. The Coyote is designed to work with sunglasses or goggles, and I had no trouble getting either to fit while wearing the helmet. 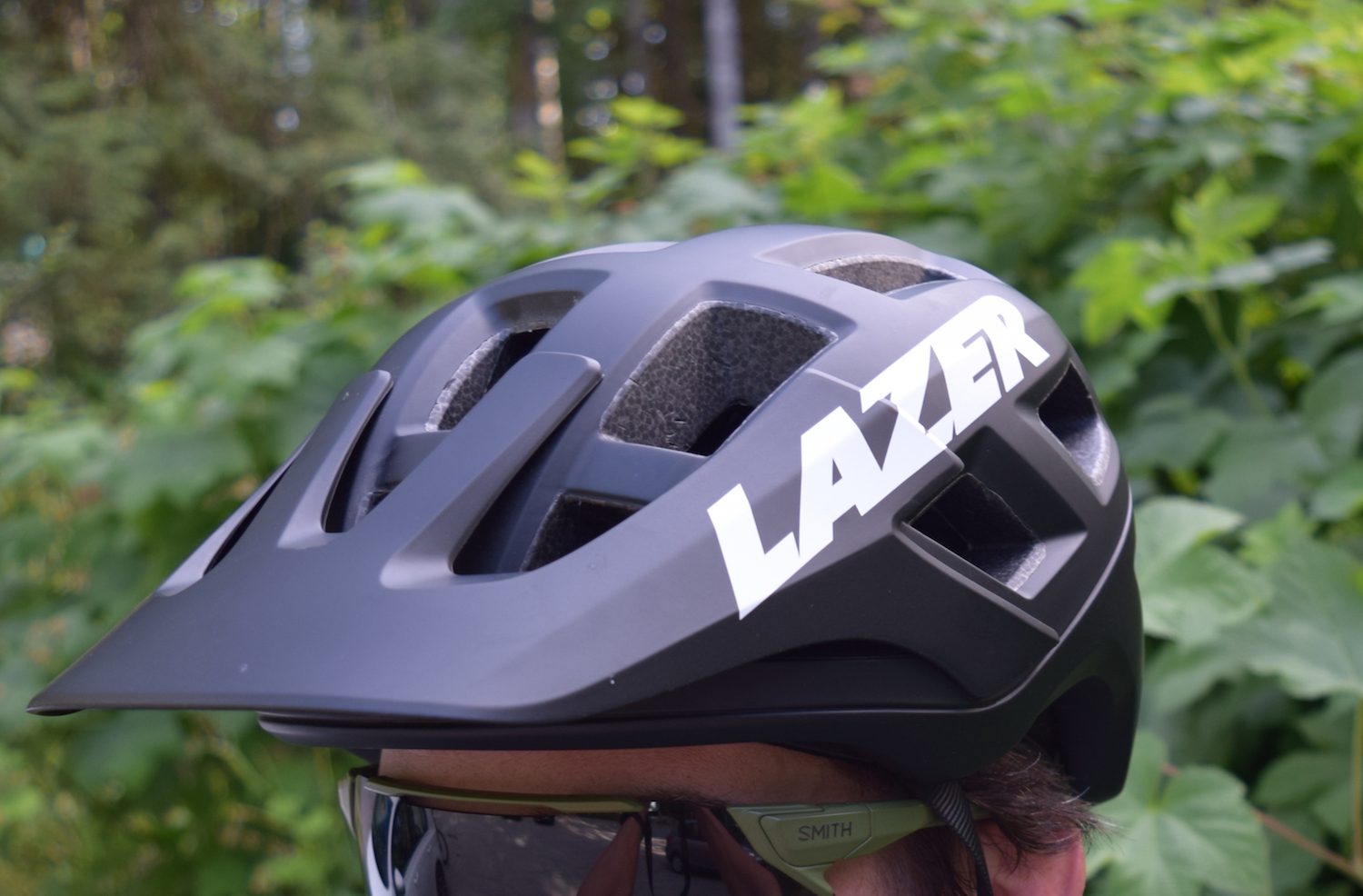 The major drawback of the Coyote MIPS is that the visor is not adjustable. It’s a sizeable visor, and it sits just inside my field of vision. It also makes it hard to safely store sunglasses or goggles while not in use. Sunglasses will sit in the vents on the back, so there is an option. But it’s not one I find particularly comforting, especially as a tall rider who tends to brush against low hanging branches. 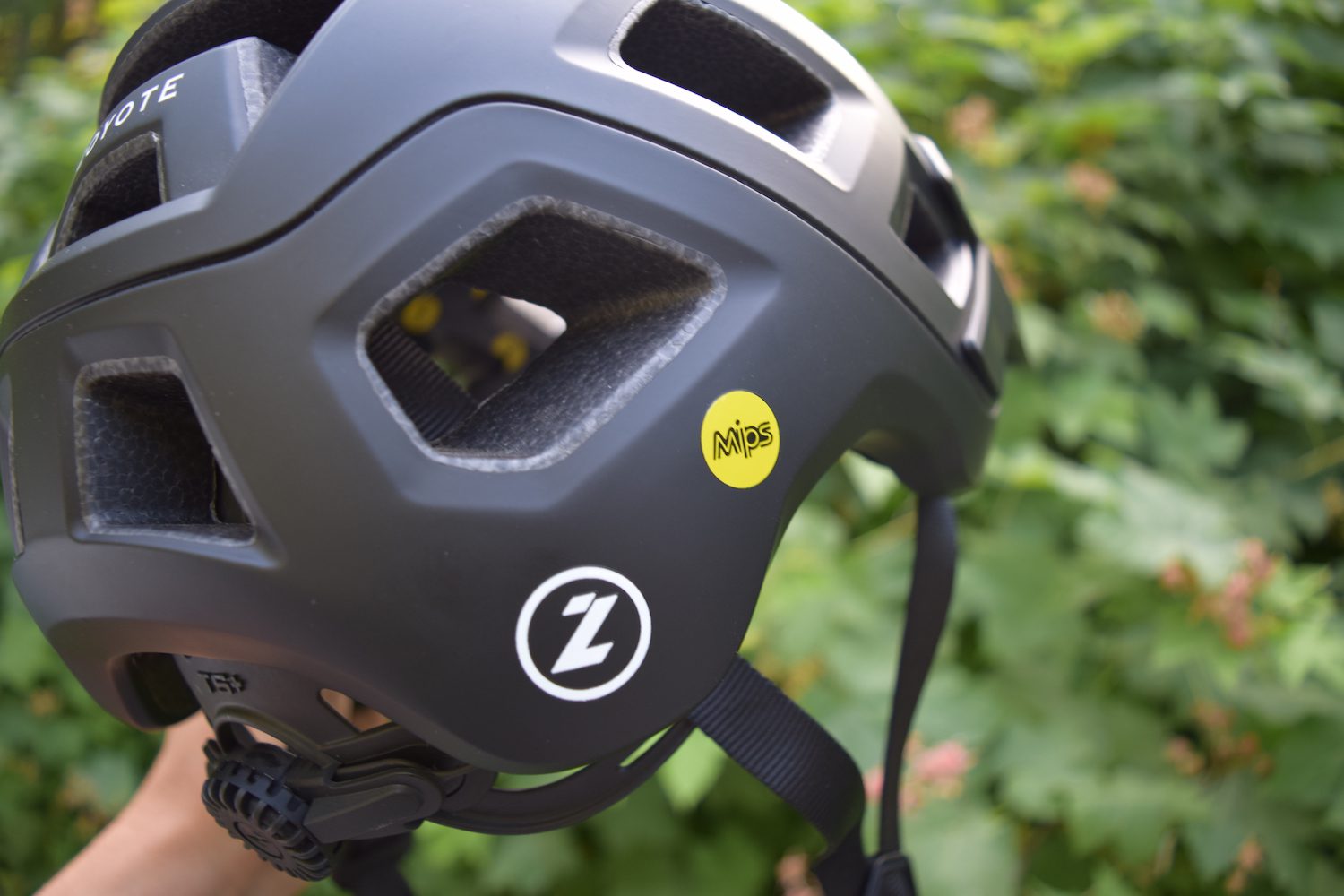 Lazer has created a great helmet in the Coyote MIPS. It’s comfortable, breathes well, and has mostly well thought out features.

Some riders will find the fixed visor a deal breaker, and reach up for the top-end Impala and it’s three-position visor. At $130 for a MIPS equipped helmet, though, there’s plenty of riders that will be happy with a fixed visor, or willing to ignore it to see an otherwise great helmet.